Is the biennial model busted?

With the exception of Venice, few international biennials have the prestige of the Bienal de São Paulo, which opens its 33rd edition in September. When it began in 1951 it was one of just two: now it fights for attention among 19 in South America alone. So, it may come as a surprise to hear the chief curator of the forthcoming edition, Gabriel Pérez-Barreiro, argue that it is time to downsize. Too many biennials, he says, are stuck in what he calls “curatorialism at its grandest”, where “the bigger the biennial, the more artists you have, the better”. Pérez-Barreiro believes it is time to rethink the biennial, refocusing on artists and the experience of art.

Barreiro is not alone. This week, a group of leading curators will debate the future of the biennial at Art Basel. The speakers include Shwetal Ashvin Patel, the co-founder of the Kochi-Muziris Biennale; Zoe Butt, the co-curator of the 2019 Sharjah Biennial; Ralph Rugoff, the next director of the Venice Biennale; and Eva González-Sancho, who will next year launch the first Oslo Biennial.

Research by Zurich University of the Arts, gathered under the direction of Patel and Ronald Kolb, has found that there are now 320 biennials. The data, which is due to be published this month in the online journal On Curating, reveals that there were fewer than 30 biennials in Europe in the late 1980s—now the continent boasts 136. In Asia, there were around 20 at the end of the 1990s, now there are 82. And the launches continue: new events this year include Riboca in Riga, Latvia, the Bangkok Biennial, and a new triennial, Front, in Ohio.

Meanwhile, some of the most established exhibitions have become super-sized. The 2017 Venice Biennale was one of the largest in the event’s 122-year history, and Documenta 14 showed more than 200 artists in 82 venues in Athens and Kassel, Germany. By comparison, São Paulo almost looks modest: it typically fills a 25,000 sq. m exhibition space. (That is almost double the permanent and temporary exhibition spaces in London’s Tate Modern and its new extension combined.)

Size does not matter, of course, if there is enough work, curators and money to mount good shows—and visitors keen to attend. The fear is that this is not the case. “There’s been a huge proliferation of biennials, for all kinds of strange reasons: the market, the desire to make spectacles, create visibility for a region,” Pérez-Barreiro says. “I think very few [new biennials] came from people committed to advancing the conversation on contemporary art.”

The experience a biennial offers is the source of much debate. There are the major, “must-see” world events: Venice, Documenta, São Paulo and Gwangju. There are those that have animated and revealed the culture of a region: Sharjah, Kochi-Muziris and Havana. Between these, there are many biennials that are mediocre. There are “a lot of questions looming, curatorially speaking,” says András Szántó, a New York-based cultural strategy consultant who is moderating the Art Basel talk. “Can you do a presentation that isn’t just offering up bromides and anodyne categories? Must you have a hard conceptual framework into which all works just have to fit? Can you provide curation that is both serious and also experientially compelling?” 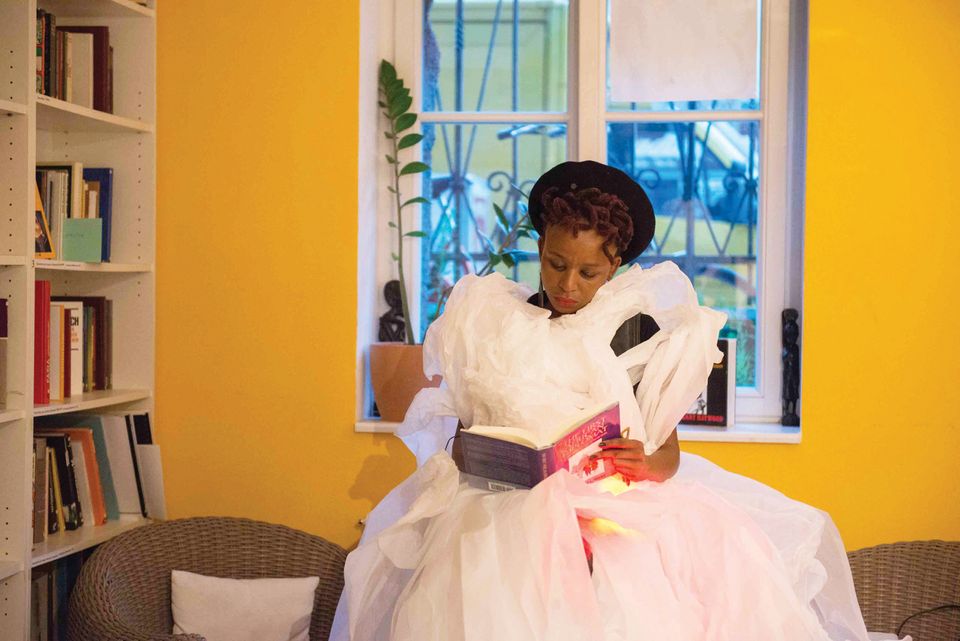 Donna Kukama performs I’m Not Who You Think I’m Not (2017) at the tenth Berlin Biennale F. Anthea Schaap

Eva Gonzaléz-Sancho and Per Gunnar Eeg-Tverbakk have been working on what they hope will be a new way of thinking about the biennial. They have been running a research project, Oslo Pilot, for five years in advance of launching the Oslo Biennial next year. Gonzaléz-Sancho says she is “especially interested in discourses on public space and ‘non-authoritarian’ art practices”. While the details are still under wraps, the biennial will involve works shown in non-museum spaces, which Gonzaléz-Sancho says includes the media. “Works of art presented in the public sphere—contexts not conceived for the display of art—are bound to provoke discussions about the varying functions of art,” she says.

Zoe Butt is a Vietnam-based curator with more than a decade’s worth of experience of working with emerging spaces in South East Asia. She admits to being “highly critical of the biennial model”. But she has agreed to co-direct her first, in Sharjah, next year. “It’s been amazing that in Sharjah a government entity will fund something with a global vision for a local population,” Butt says. “If you look at one of the biennials in Thailand, it’s all about promoting Thailand. I question whether tourists are the best people to put local citizens’ interests at heart, although I see it is considered an acceptable model for contributing to GDP.”

She remains concerned, however, about the endless churn the biennial circuit creates. “People say to me: ‘You’ll be doing another very soon.’ My gut reaction is: I don’t know how I could. I’m drawing on ten years of research to put this one together.” The same, she says, applies to artists. “I’m wary of the factory of production these exhibitions generate,” she says. “To what extent are we expecting artists to produce significant works, when, in many cases, they have just a few months to do it?”

Patel is also wary of the growth in biennials. “A certain international curatorial language and artistic practice is dominating; there’s ‘biennial art’,” he says. “And in the global south, that really matters because biennials are the way in which lots of artists emerge on the international art scene. [But] if we carry on as we are, what we will get is much of a muchness, it’s homogeneity and it’s flattening.”

In 2016, the speed of globalisation—and by inference the growth in contemporary art it sustains—was predicted to slow. There have been a few indicators: the Marrakech Biennale in February was cancelled after sponsors withdrew from the event. A month later, the Montreal Biennial folded with debts of $180,000. But despite this, it is too early to say the overall trend is reversing. In fact, over the past 50 years, fewer than 20 biennials have disappeared. Like building contemporary art museums, a biennial remains on many modern cities’ “must-have” list.

As well as questioning the quality of the experience of much of what is on offer, Pérez-Barreiro believes that the number of biennials will ultimately be unsustainable. “If you wanted to visit all these things, I don’t think there is a human being in the world who could survive that much travel,” he says. “It’s an impossible calendar, without even mentioning the art fairs and all the other things. There’s undoubtedly a saturation point and we’ve reached it.”

So, what is the future of biennials and what, if anything, would prompt change? Perhaps only when collectors, curators, artists and critics are less willing to participate. Patel says: “It’s not enough, this politics of the placard, saying we are against this or that, but technically we’re doing what everyone has been doing for years. That is the central issue: our generation needs to really question everything we’ve inherited. That’s true for museums, art fairs, biennials… everything.” 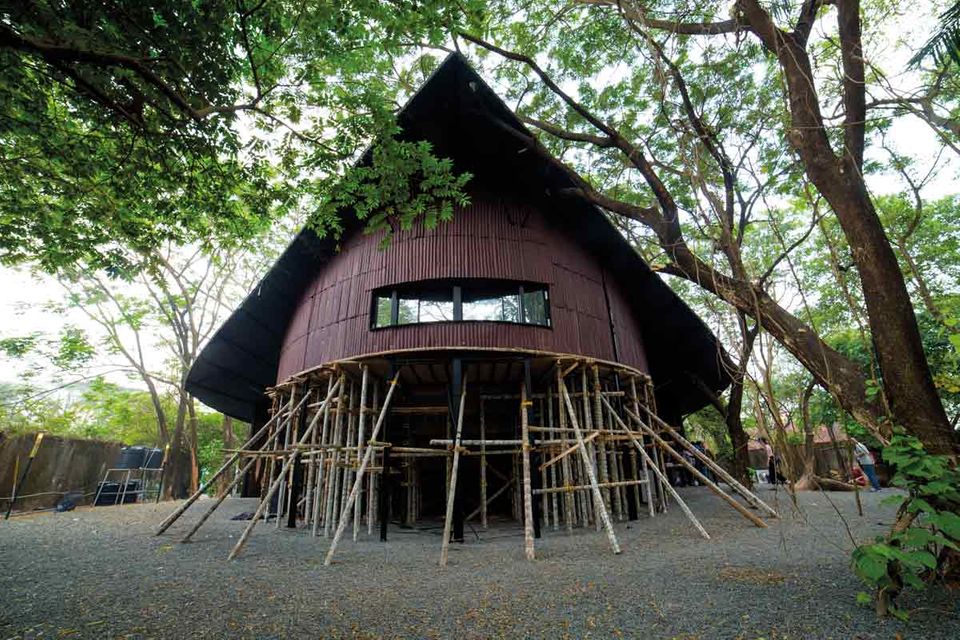 Tony Joseph’s pavilion at the Kochi-Muziris Biennale in 2016

We Don’t Need Another Hero

Touring. The travelling Manifesta train pulls up in the capital of Sicily. The 2018 edition is themed around migration and climate change.

Eleven curators are making separate exhibitions, plus installations on the 1980 Gwangju Uprising.

Latin America’s top biennial. Its curator Gabriel Pérez-Barreiro is focusing on artists and the visitor experience.

Proregress: Art in an Age of Historical Ambivalence

The exhibition’s curator Cuauhtémoc Medina says he “will present contemporary works that embody an epoch that defies any idealised narrative”.

Free. Eighty artists from Asia, the Pacific and Australia take over the Queensland Art Gallery / Gallery of Modern Art in Brisbane.