From Max Ernst and Dorothea Tanning to Cy Twombly and Robert Rauschenberg, we look at how relationships can feed creativity

Twentieth-century art history has long been defined by radical individuals and avant-garde movements, but what about artists in romantic relationships? Next October, the Barbican Art Gallery will devote an exhibition to around 40 artist couples, including Dora Maar and Pablo Picasso, Varvara Stepanova and Alexander Rodchenko, Dorothea Tanning and Max Ernst, Barbara Hepworth and Ben Nicholson, and the Bloomsbury love triangle between Vanessa Bell, Roger Fry and Duncan Grant. Modern Couples: Art, Intimacy and the Avant-Garde (10 October 2018-27 January 2019) is travelling to London from the Centre Pompidou-Metz. “Countering the idea of the solo genius, this exhibition proposes that it was very often the couple that became a playground for experimentation, creation and subversion of the status quo,” says the Barbican’s head of visual arts, Jane Alison. Here, we look at a few of the artist couples with works on the stands at Frieze London and Frieze Masters. 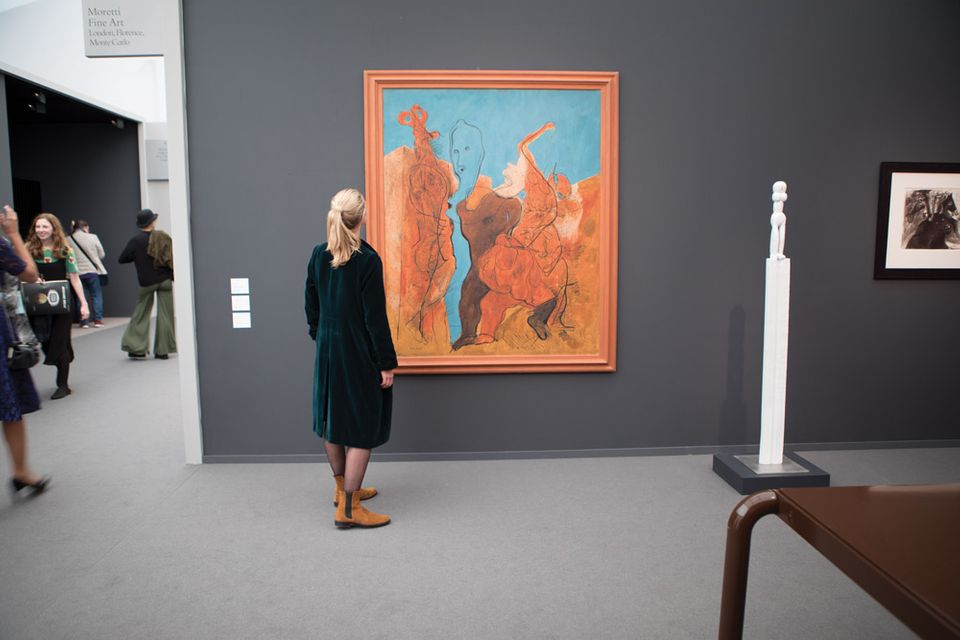 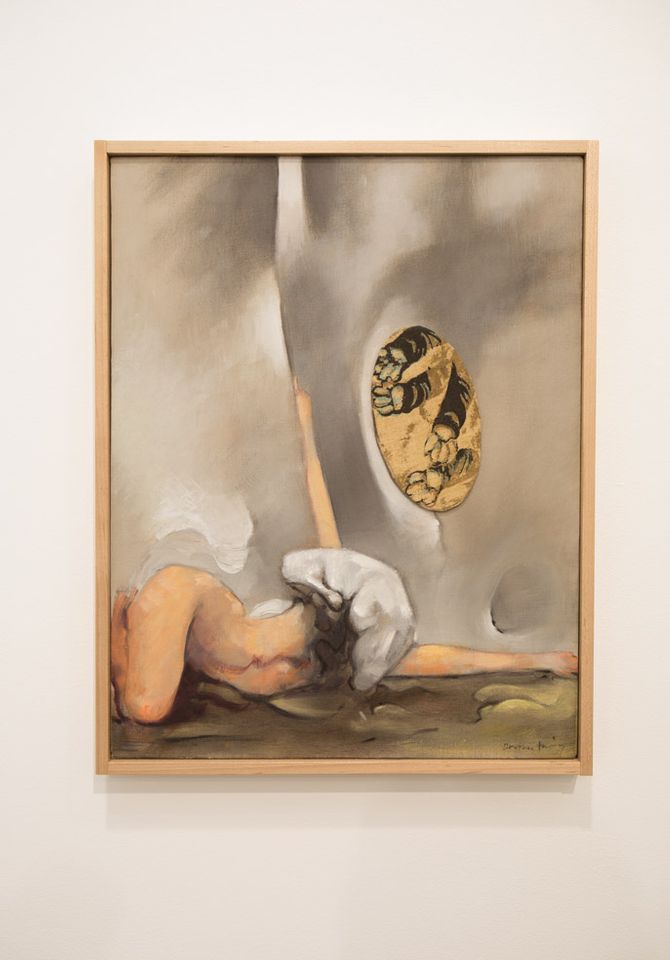 Having been eclipsed by Max Ernst for so long, Dorothea Tanning is now gaining recognition David Owens

Within weeks of visiting Dorothea Tanning’s New York studio in 1942, Max Ernst had moved in. The German Surrealist had been scouting for works to show at the gallery of his then-wife, Peggy Guggenheim. Ernst and Tanning lived together for more than 30 years until his death in 1976. Tanning was too long eclipsed by her famous husband, but her star is now rising. Alison Jacques Gallery, which is presenting the artist’s fourth solo show in London together with the Dorothea Tanning Foundation, has sold two paintings at Frieze London. A major survey is due to follow at Madrid’s Reina Sofia in 2018 and Tate Modern in 2019. 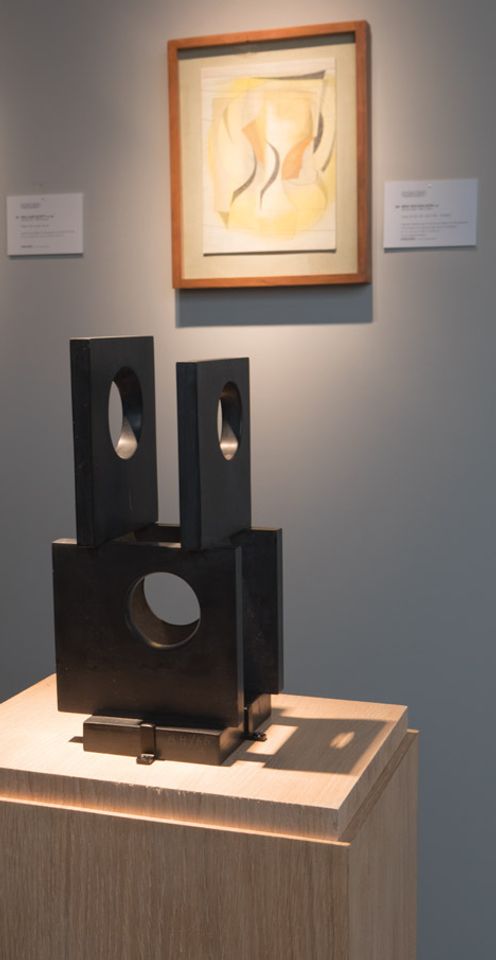 Though painter and sculptor respectively, Ben Nicholson and Barbara Hepworth shared an affinity for geometric abstraction in their work. After meeting in 1931, they lived and worked in the Mall Studios in Hampstead, north London, leading an artists’ community that briefly welcomed an émigré Piet Mondrian before the Second World War. But it was in St Ives on the Cornish coast, where they moved with their young triplets, that Hepworth came into her own, finding the space, time and inspiration to work for almost three decades, even after the couple’s divorce in 1951. 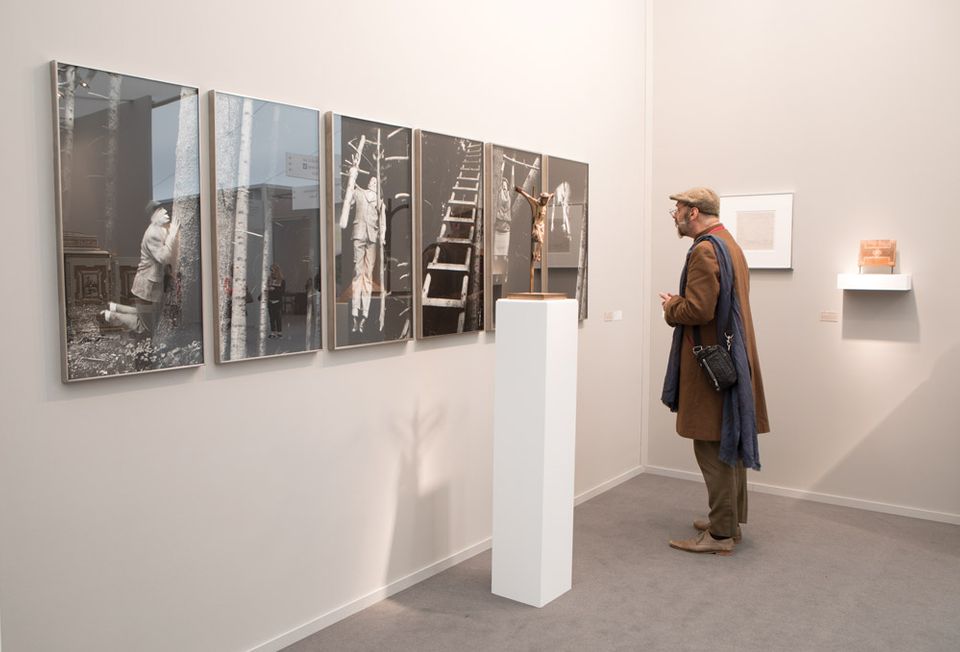 The German photographers Anna and Bernhard Blume studied at the Staatliche Kunstakademie Düsseldorf in the 1960s and first exhibited their joint work at Documenta VI in 1977. For 30 years, until Bernhard’s death in 2011, they staged large, darkly humorous black-and-white photographic sequences of bourgeois domesticity gone awry. In a world where objects take on a threatening life of their own, religion—a recurring motif for the Blumes—seems to offer little salvation. Exhibited on the shared booth of Peter Freeman and Kunstkammer Georg Laue, this work is paired with a rare Tuscan polychrome wood crucifix (around 1380). 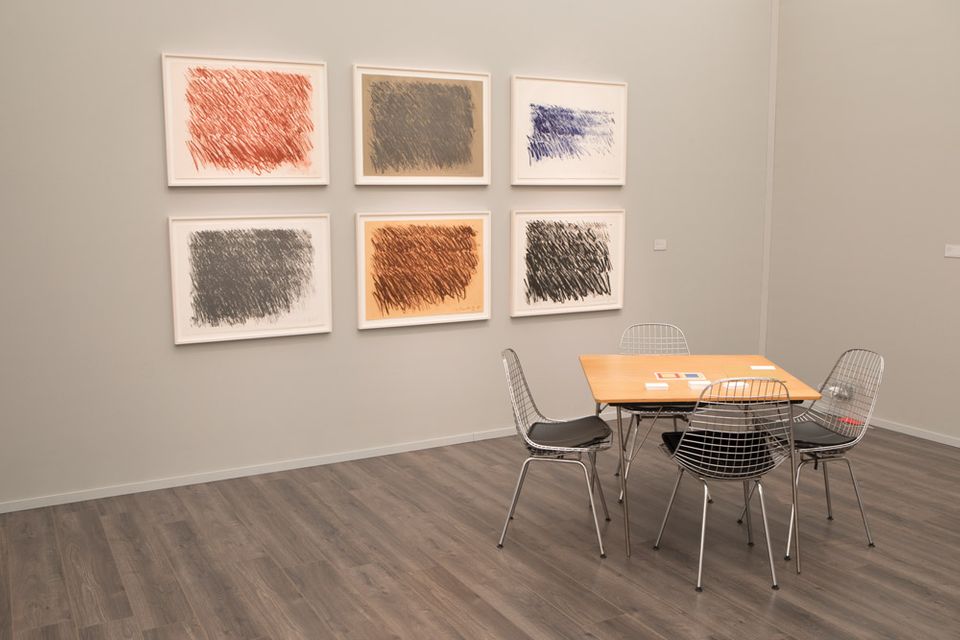 Cy Twombly and Robert Rauschenberg met as students at Black Mountain College in 1951 and travelled together the following summer to Italy and north Africa. Briefly lovers, they remained lifelong friends, although Twombly—profoundly inspired by Classical antiquity—spent most of his life in Italy. He inaugurated Rauschenberg’s Untitled Press workshop on Captiva Island, Florida, in 1971, with these calligraphic lithographs in editions of 24, 25 and 26. Rauschenberg was “deeply involved in the mixing of inks and the picking of paper”, says Alexander Jarolim of Craig F. Starr Gallery, which has sold the rare set of six for an undisclosed price.

Veronica Ryan: ‘I don’t know anyone who makes art for art’s sake’

Veronica Ryan: ‘I don’t know anyone who makes art for art’s sake’