Jewels with a past and a soul: Sheikh Hamad bin Abdullah Al Thani on his collection

As an exhibition of his jewellery opens at the Victoria and Albert Museum, the Qatari prince discusses his love of England, his passion for the applied arts and how, through constant reading, he continues to refine his taste

One of the most decorative and artistic foreigners living in London today is His Highness Sheikh Hamad bin Abdullah Al Thani, part of whose jewellery collection goes on display at the Victoria and Albert Museum (V&A) this month in an exhibition sponsored by Wartski.

He is famous among the small circle of people who care about such things for having restored the last of the aristocratic residences on Park Lane, Dudley House, where he lives alone apart from a Downton Abbey-sized team of servants and his art collection; the Queen, who has dined with him, is said to have commented that he lives more grandly than she does.The rooms I saw were entirely Western in their décor and conventionally French in their symmetry of furnishing. The only oriental touch was the large table in the bathroom, covered with bottles of intoxicating Arab scent.

Sheikh Hamad has become part of the more traditional English Establishment, and a well-born PR man, an ex-jockey—for Sheikh Hamad also loves horses and is a major patron of racing—was present, essentially to remind me to address the sheikh in the right manner and make sure that I knew which Hamad he was: not the Hamad who was ruler of Qatar until 2013, but a cousin.

Sheikh Hamad turned out to be an amiable aesthete, endearingly enthusiastic and very knowledgeable about aspects of Western and Mughal art, with firm ideas about how you cultivated the skills of a true connoisseur. I asked him the question I put first to all interviewees in the art world:

The Art Newspaper: What is the first work of art you remember?

Sheikh Hamad: It was pearls, almost a genetic attraction because the pearl trade was so much part of my family history. Then, when I was about four, it was Orientalist painting—Gérôme and so on—not because I felt a connection with the subjects, who could have been French people so far as I was concerned, but because of the stories they depicted.

When I was about eight, I started to go to the Louvre with my mother and I loved the whole building and its atmosphere. Then we went to the chateaux of Amboise, Blois and Chambord and I felt the spirit of those places so strongly that I’m afraid to go back in case I lose that feeling.

If I could own a museum it would be the Bibliothèque Nationale de France in Paris, with its Cabinet des médailles. It has a Bactrian coin, which is a most beautiful thing, and the famous gold chalice [of Gourdon around 500 AD]—and, of course, the wonderful miniatures of the Mira’j-Nameh [The Ascension of the Prophet], made in Herat in 1436, and which is the Leonardo da Vinci of the Orient. Or the Maqamat Al Hariri, which is 13th-century and tells completely secular stories long before Western art did so.

What 20th-century art appeals to you?

I have some drawings by Malevich in my office. I haven’t yet got a Brancusi because I would like a Bird in Space, and they are not easy to find.

Which do you prefer: England or France?

Oh, England. My grandmother used to take my mother to the country houses and castles, so maybe I got it from her.

Are you excited about the artistic developments in Qatar?

They are very fascinating. I find the Museum of Islamic Art timeless. I.M. Pei did a brilliant job; he was quite right to build it out on an island away from the high rises, and its play of light and shade is beautiful. The collection is very, very impressive, especially its metalwork and glass—a bit weak in jades, though.

What was the first work of art you bought?

It was in my second year at university, studying political science. I saw a beautiful pair of wine coolers in the shape of vases, like the ones I have now in my bedroom full of flowers. They were Sheffield plate, not even silver, but I couldn’t afford them so I part exchanged them for a nice watch.

After that, it was French and English furniture and European paintings, but I incline towards the applied arts. I started to collect for myself and the family residences in Qatar, consulting with everybody, of course, but especially my mother, who has an instinct for high quality. You always refine your taste.

I could not live in a modern interior; I would find it too plain. Everything has to have a past and a soul. But I do work in a modern space. 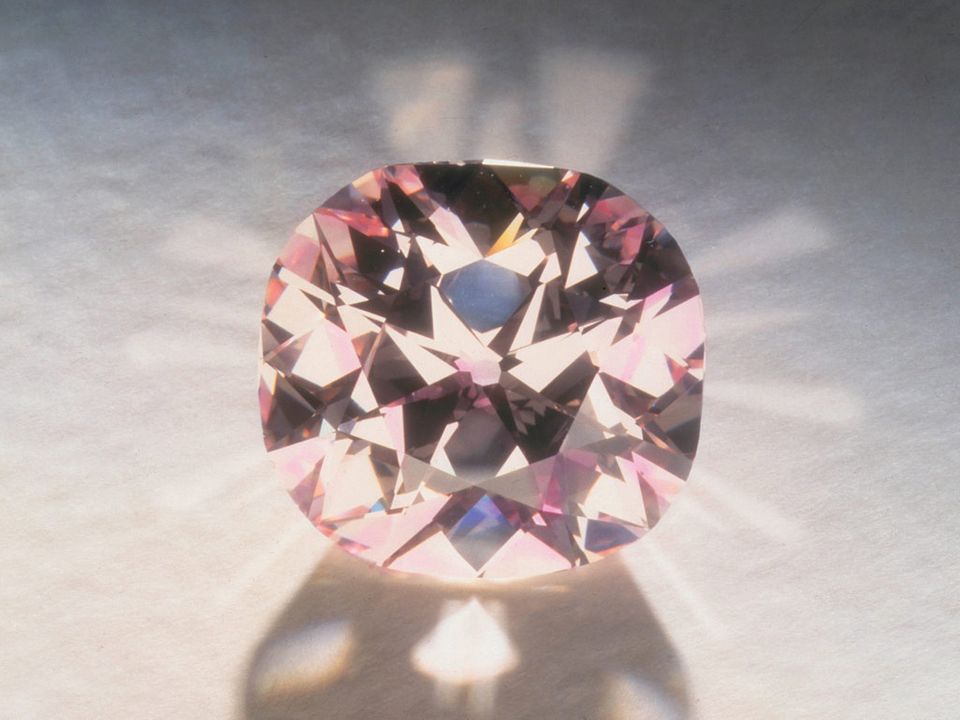 One of the greatest, most historic diamonds in the world, the Agra. Photo: The Al-Thani Collection

Tell me about your interest in jewels.

I think there are three great periods for jewellery. The very highest was the Bactrian or Parthian [3rd-2nd centuries BC]. Greek jewellery is interesting, too, but it is light and does not have the same strength. I recently saw a small pendant of a chariot in the Museum of Fine Arts in Boston and I went mad about it.

Then there is a gap of about 2,000 years until the Mughal period and, after that, the Art Deco. Today, only two or three jewellers rival those of the Art Deco period, one of whom is JAR [Joel Arthur Rosenthal, based in Paris]. He will make a piece ten times over until it is perfect, even in the hidden parts. He has made his mark and he will last. The recent JAR show at the Metropolitan Museum of Art was mobbed.

Do you remember the JAR exhibition at Somerset House in 2002, where you were given torches to shine on the jewels?

Yes, yes! JAR told me that it was because there had been a show in New York where there was a power cut so they brought torches, and he thought it would be fun to repeat it in London.

The problem is that men don’t get a chance to wear jewellery.

Absolutely. But at the Mughal courts only the men wore the great jewels because they were a symbol of power.

How do you enjoy your jewels?

By touching them, looking at them—it’s like hugging your child. I have learned about them by reading and by direct experience. I think that some curators sit too much in their offices and don’t meet collectors, see what’s on the market and compare the quality. They would learn more from that than from theory. You have to hold pieces in your hand. I read books every night. They are stacked high around my bed because I never know what I might not need. Also, I am quite insomniac.

Do you find that being able to blow up images very big on a screen is helpful?

Not at all! I hate seeing things on a screen; the colours are all wrong. In a book, yes, especially the photos of the 1950s and 1960s, but if I don’t see a piece in a book or reality I cannot understand it.

Some of them, yes—they talk to you: the Arcot diamonds [given to Queen Charlotte in the 18th century by the Nawab of Arcot] or the Agra diamond, which I own, and which is the most important in history after the Kohinoor, comparable, perhaps, with the Orloff. It was given to Babur when he took Agra in 1526 and every Mughal emperor thereafter wore it in his turban. Only the emperor was allowed to wear pink and it is a silvery pink, not like the modern pink diamonds.

Very much. I think the highest art form is the cameo, such as the ones in the Bibliothèque Nationale and the Kunsthistorisches Museum in Vienna.

Why did you decide to do this exhibition?

It started at the Metropolitan Museum. I was shy at first, but the curators there are so cunning and know what every collector has, so they began to encourage me to show my jewels for the sake of scholars. I said “Make it anonymous” and at first they agreed. But then they said they needed a name, so I gave just the family name—and we are a whole tribe.

Will the exhibition at the Victoria and Albert Museum be the same as at the Met?

It is almost double the size, with 100 objects, and there will be some new pieces that have not been seen before in New York but which were in the V&A’s 1982 exhibition, Indian Heritage: Court Life and Arts under Mughal Rule. There will be one of the earliest dated Mughal jades, which is actually represented on one of Emperor Jahangir’s coins, he was so proud of it. And, of course, you will see the Agra diamond.

I found the V&A’s designers wonderful. They came with very innovative ideas, excellent lighting and scenography, and Sue Stronge is an outstanding curator. There will be no decoration; you will only see the pieces, which is much more elegant.

I think that jewellery should be displayed at eye level, not very far from the glass because otherwise you don’t appreciate its true size. The right lighting is vital so that you see the actual colours.

What has been discovered recently about Mughal jewellery?

They have begun to distinguish between Deccan work and south Indian, and in a few years we shall find out where some of the makers were. I’ve been very fond of Tipu Sultan of Mysore [the south Indian ruler defeated by the British], so I have collected the jewellery from there, which used to be considered secondary, but is now more appreciated due to exhibitions and publications. They imported the best diamond-cutters and craftsmen from everywhere, even Venice. In April, there was an auction of a tiny head of Tipu Sultan and it fetched nearly £2m.

Finally, have you been to India?

I have only been twice: once to see Rajasthan and its architecture, and again to see the Taj Mahal and Agra.