London has never had so many commercial art galleries as in the past decade, but the cycle of life and death is brutal, and the most experimental are often the shortest lived. If not killed off by economic pressures, contemporary galleries often struggle to live past the particular moment in which they were born and, if they do, dwindle with the death or retirement of their founder. The Second World War, too, interrupted a burgeoning avant-garde scene, causing the demise of the collector Peggy Guggenheim’s gallery, which is the subject of an exhibition opening this week at Ordovas gallery (until 14 December). Many galleries have come and gone; here, we present a small selection that have made an impact on the city’s art scene.

On the eve of the Second World War, the more experimental galleries of Mayfair’s Cork Street embraced European artists of the avant-garde at a time when the stuffier establishment shunned them. In 1938, two years after the ground-breaking International Surrealist Exhibition at the New Burlington Galleries (the building is now Cecconi’s restaurant), Peggy Guggenheim opened her own gallery, Guggenheim Jeune, in a former pawnbroker’s shop just around the corner at 30 Cork Street. It closed just 18 months later, in June 1939, and the building was bombed in the Blitz. But in the gallery’s short life—and with Marcel Duchamp as an adviser—it held 20 exhibitions of abstract and Surrealist works, including the first UK shows of Kandinsky and Yves Tanguy. Its Children’s Drawing exhibition included works by a 15-year-old Lucian Freud and Guggenheim’s daughter. Guggenheim closed the gallery, intending to open her own museum of Modern art with the historian Herbert Read as director, in autumn 1939. Were it not for the Second World War, the Peggy Guggenheim Collection could have been in London, not Venice. 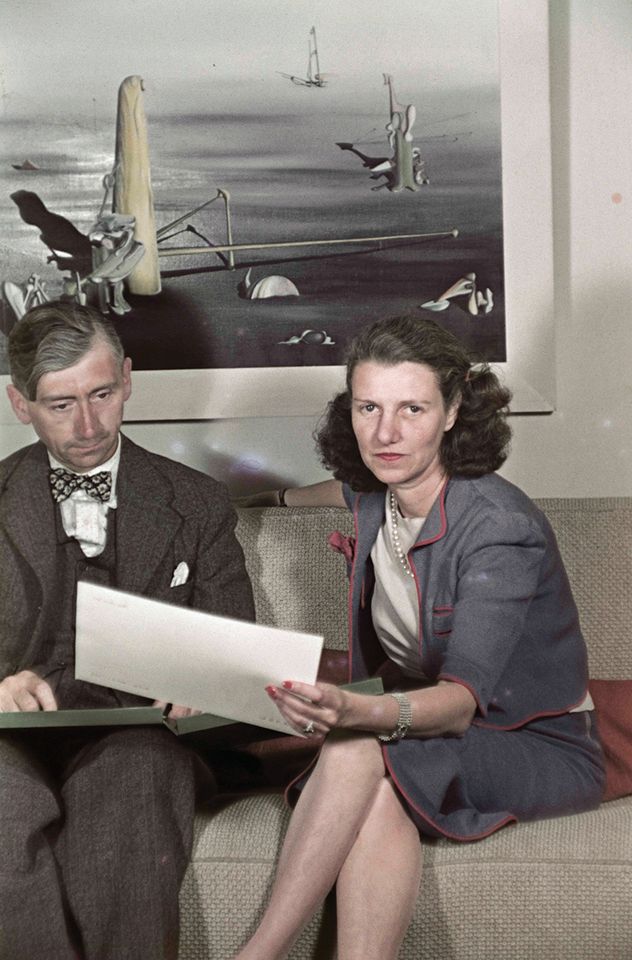 From the 1920s to the 1960s, side-by-side on Bruton Street in Mayfair sat two galleries: Arthur Tooth & Sons, which showed Stanley Spencer, Augustus John and major Impressionists; and Alex Reid & Lefevre, two former rivals who amalgamated in 1926, the year before Lefevre died. Reid had shared a flat in Paris with Vincent van Gogh in the late 19th century and was painted three times by him. The gallery sold 15 Van Gogh paintings, represented L.S. Lowry and Edward Burra, and held exhibitions of Degas, Monet, Picasso, Henry Moore and Georgia O’Keeffe among others. In its heyday, the gallery sold works to Paul Mellon, the Metropolitan Museum of Art in New York, and London’s Tate and National Gallery. But it could not last forever. “After 9/11 the climate for art dealing looked bleak and the rent on the building became prohibitive,” says the dealer Martin Summers, who worked first at Tooths and then at Lefevre from 1967 until its closure in 2002. 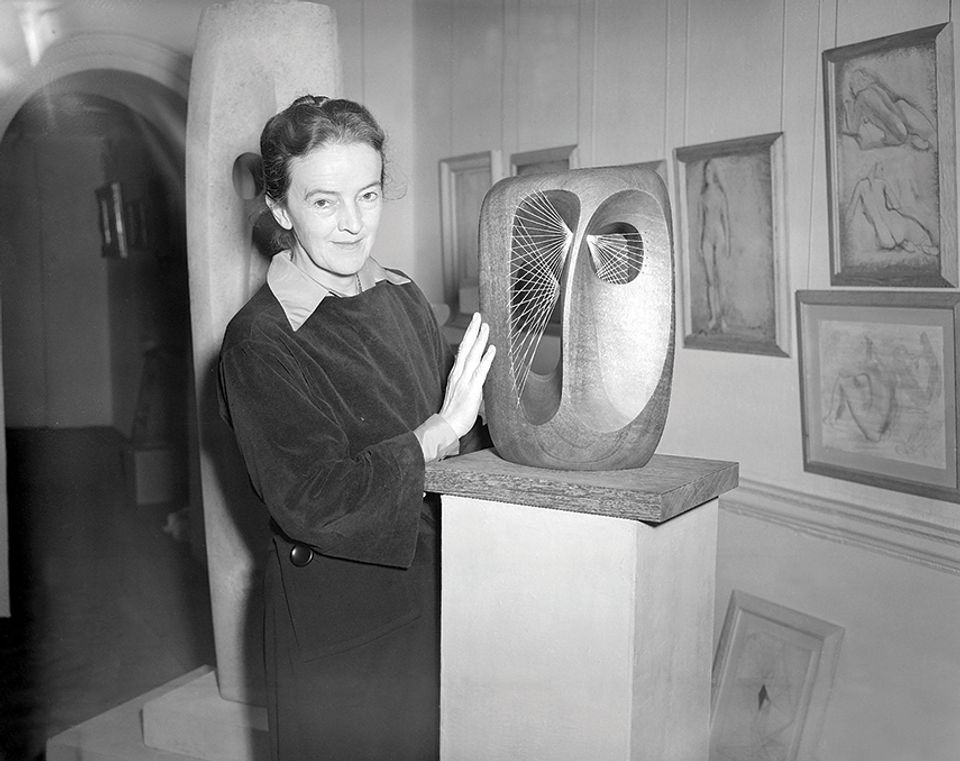 A few years ago, Yoko Ono’s car pulled up outside the Mason’s Yard gallery now home to the works-on-paper dealer Stephen Ongpin. She wanted to reminisce as this was where, in 1966, she met John Lennon as she prepared her show at what was then the Indica Gallery. This counterculture space, the epitome of the Swinging Sixties, was opened by Barry Miles and John Dunbar in 1965 but shut just two years later. During Indica’s short run, it challenged London’s still conservative tastes with shows of Takis, Jesús Rafael Soto and Mark Boyle (aka the Boyle Family). But while everyone who was anyone came to Indica’s parties, it barely sold a thing. Many progressive 1960s galleries died young, driven more by ideology than the bottom line. Another was Signals London (1964-66), an experimental interdisciplinary space on Wigmore Street, founded by the artists David Medalla, Gustav Metzger and Marcello Salvadori, which presented works by artists from the US, Europe, Asia and Latin America, including Hélio Oiticica and Mira Schendel.

Gallery One and John Kasmin

Gallery One, described by the dealer John Kasmin as “two rooms lined with hessian, sackcloth”, was run by the poet and curator Victor Musgrave from 1953 to 1963, first on Litchfield Street, later moving to D’Arblay Street in Soho, and then to Mayfair. Musgrave gave Yves Klein his first UK show, Bridget Riley her first solo exhibition and introduced Fluxus and Kinetic art to a London audience. He also championed artists from South Asia: F.N. Souza had his first UK exhibition—a sell-out—there in 1955 and the 1958 show Seven Indian Painters in Europe included Souza, M.F. Husain, Avinash Chandra and Anwar Jalal Shemza. A young Kasmin worked for Musgrave before opening his own gallery in 1963 at 118 New Bond Street, a big white space—unusual at the time—enabled by the financial backing of Sheridan Dufferin, fifth Marquess of Dufferin and Ava. Kasmin is best-remembered for giving David Hockney his first one-man show, but he also represented Frank Stella and Anthony Caro. As the painter Gillian Ayres says: “It was the place to be seen and the place to be shown. Kasmin was a star.” But in 1972, when Dufferin pulled out, Kasmin closed the gallery, although he continued to deal in collaboration with others.

“Where a gallery was once centred around a physical space where artists, collectors and curators could engage directly with the exhibition programme, the focus has now shifted towards an endlessly accelerating global cycle of fairs,” said the dealer Rachel Williams in 2017 when she announced the closure of her gallery Vilma Gold after 18 years. Housed in an old bag factory in Bethnal Green, Vilma Gold’s programme mixed established names such as Charles Atlas, Julia Wachtel and Lynn Hershman Leeson with early exhibitions of young talent including Anna Zacharoff, whose work was paired with the Russian avant-garde artist Natalia Goncharova for the gallery’s final exhibition. That same year, Riflemaker in Soho closed, in part citing the outmoded static gallery model, while the East London space Limoncello shut because, said its founder Rebecca May Marston, “the numbers didn’t add up—it was a non-funded, non-profit masquerading as a business.” 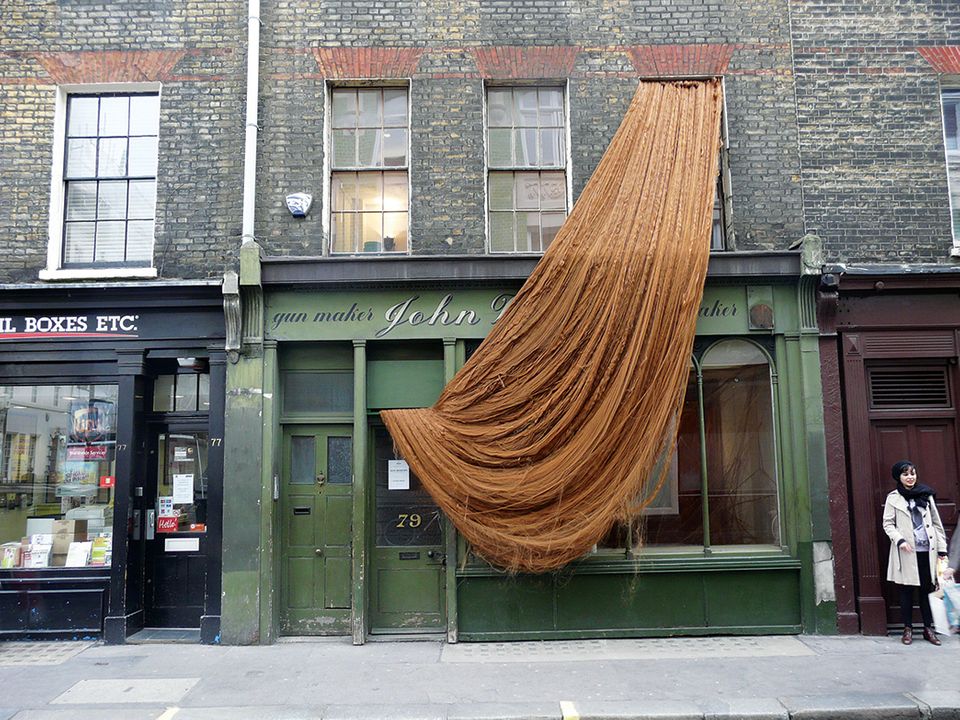 Gone but not forgotten: eight galleries that have closed since Frieze London started in 2003