Not here to stay: what makes private museums suddenly close?

From mounting bills and funding problems to art-washing and embezzlement, collections are disappearing from public view at a rate of knots

Last spring, I visited the Marciano Art Foundation (MAF) in Los Angeles. Marble and travertine-clad, the virtually windowless edifice on Wiltshire Boulevard boasted mosaic panels and larger-than-life statues of gods, US presidents and Masonic figures along the street side. In the impeccably maintained forecourt (they called it a “sculpture garden”) were works by Ugo Rondinone and Franz West. The building was formerly a Scottish Rite Masonic Temple, built in 1961 with epic capacity: a dining hall for 1,500, a 2,000-seat auditorium. But dwindling membership eventually caused it to be abandoned, and it was one of the city’s most notorious real-estate white elephants until it was bought in 2013 by Maurice and Paul Marciano. 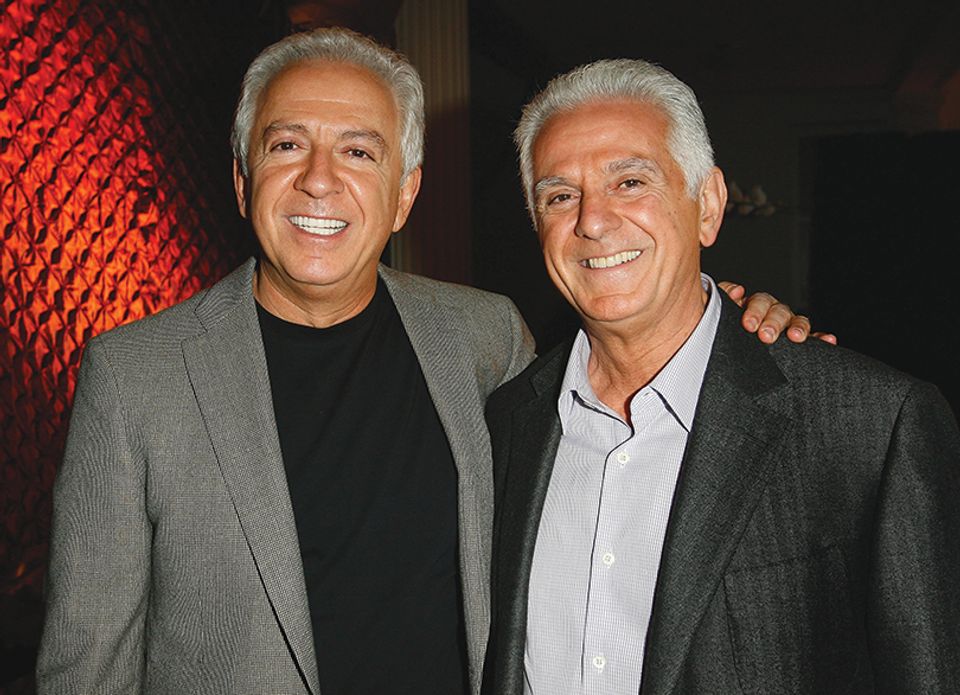 I was curious to see this newest addition to the art scene in Los Angeles, a city that did not necessarily lack for good museums of contemporary art, notably the Broad. So I fixed an appointment to visit and asked for an interview with Maurice, but this was not forthcoming. Nor indeed were answers to my emailed questions about who actually owned the collection—the foundation owned the building, but what about the art?—why they had decided to create and launch this private space, and how they would sustain it in the future.

And then, just six months after my visit, the Marciano Art Foundation snapped shut. This came a week after 70 visitor services employees said they intended to unionise. The reasons, according to one of them, the artist Spencer Longo, were low wages, lack of benefits and last-minute schedule changes. The foundation’s sudden closure illustrates an aspect of private museums of which few are aware: the number of spaces that have closed is surprisingly long.

Only a few months before the Marciano’s sudden implosion, the Main Museum, another private, non-collecting, non-profit contemporary space in Los Angeles, also quietly closed its doors. It had opened three years before with big ambitions, the brainchild of local developers Tom Gilmore and Jerri Perrone. Gilmore had long combined art with real-estate projects, notably by leasing storefronts to galleries. 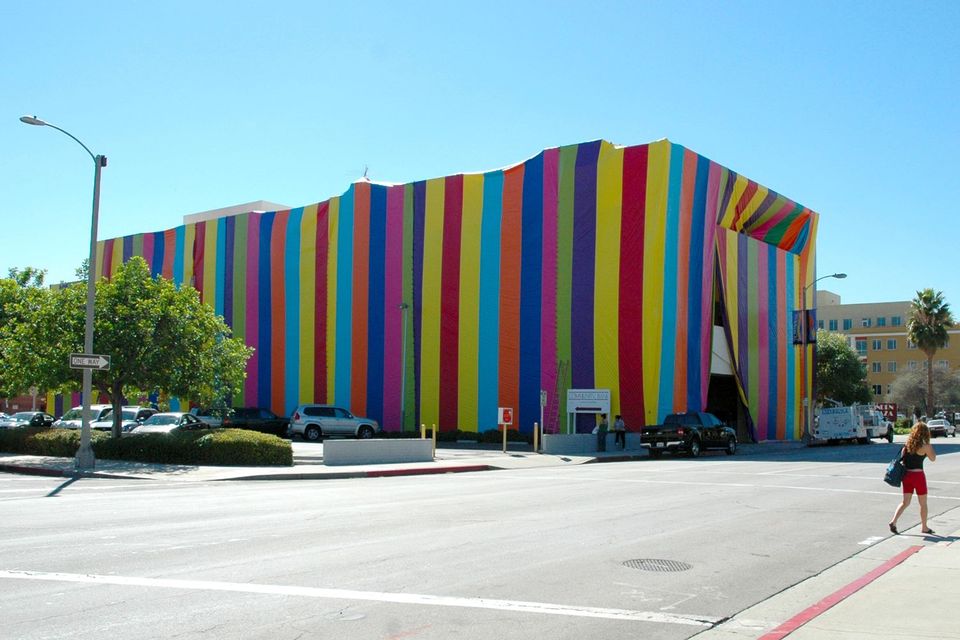 Pasadena Museum of Californian Art (seen here with Susan Silton’s exterior installation Inside/Out, 2007-08) closed in 2018 after funding issues. Meanwhile, Moscow’s Institute of Russian Realist Art (below) has been locked down since its founders fled the country to avoid embezzlement charges Courtesy of Susan Silton

The list goes on: still in California, the Pasadena Museum of Californian Art also closed its doors in 2018. In San Francisco, the Pier 24 photography museum—the largest such institution in the US—may also have to close, after a dispute over rent with the Port authorities. Pier 24 told us that discussions are ongoing.

The problem is far from confined to the US. China, which has been in the grip of a museum building boom since the early 21st century, has seen many fall by the wayside. Among those gone are the Sishang, Shanghe and Yang Guang museums, the Upriver Gallery in Chengdu and the Dongyu in Shenyang.

In Paris, Antoine de Galbert closed his much-admired space, La Maison Rouge; in London, the Parasol Unit closes next month and another non-profit space, Raven Row, has suspended exhibitions until 2020. In Cape Town, the New Church space is no more. In Moscow, the Institute of Russian Realist Art is locked down after its founders fled abroad to avoid charges of embezzlement: some of the art from the museum was subsequently found hidden in a storage facility.

So, what are the reasons behind these misfortunes?

They fall into three categories, the main one being funding. Founders often fail to appreciate just how much it will cost to build, run and maintain a private museum. “It’s more fun building a museum and a collection and opening it than running it,” says Adrian Ellis, the founding director of AEA Consulting.

As the bills mount up, the enthusiasm of the founders can wane. Or the financing underpinning the enterprise can disappear. This was the case with the 6,000-strong Essl collection of Austrian and international art, when the founder’s home improvement company Baumax collapsed. Part of the art collection was eventually sold at auction, and the rest donated to the Albertina museum in Vienna. 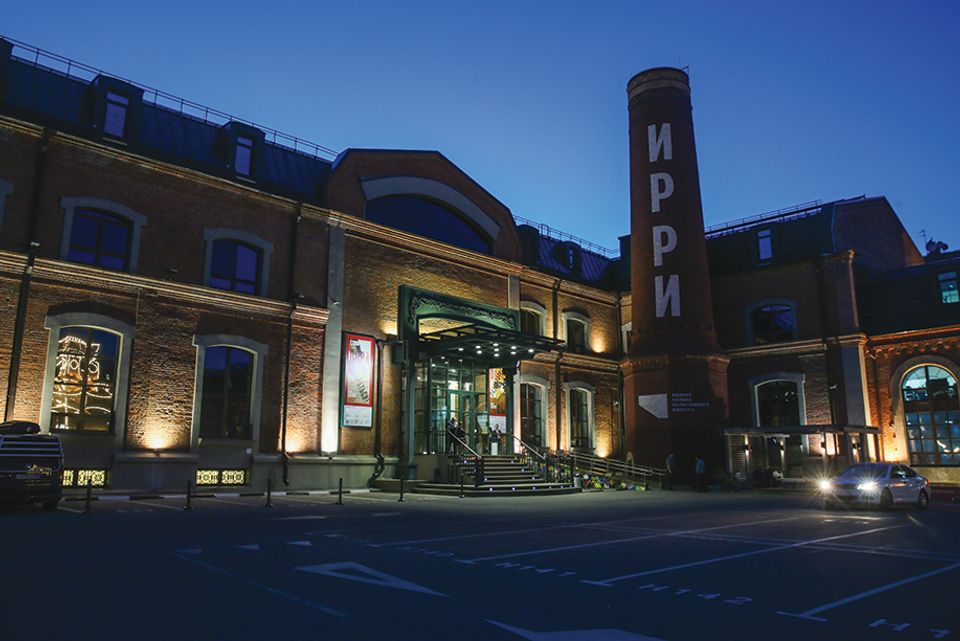 Funding was also a problem at the Pasadena Museum of Californian Art. According to the space’s founders, Robert and Arlene Oltman, who converted their house into a museum: “There was a perception that our living here made this our candy store and we should be responsible for taking care of it,” Robert Oltman told the Pasadena Weekly. “Therefore, foundations, grant organisations and so forth were very hesitant, and that was often the reason they gave.”

Then there can be disengagement. This occurs when the project no longer fulfils the objectives of the founders, who may have started out with high ideals but also seek social and cultural prestige. If this is not forthcoming—and on top of that the space did not produce as much financial gain as expected or proved a major drain on resources—the founder has a double reason to pull the plug. Was this the case with Marciano? The founders blamed low footfall; the sacked workers have contested that as the main reason.

Generational change can also be an issue. In the case of the much-admired Cass Sculpture Foundation in the south of England, pressing financial problems compounded by the ages of the founders—92 and 94—led to a sudden shut-down in 2019.

Finally, actual cases of wrongdoing may sink a project. “Art-washing”—using art to burnish a dodgy past—has been behind a few projects that have bitten the dust, among them the Russian museum cited above, or the Sishang Art Museum in China. It closed in 2018 after its founder Liu Fengzhou was detained by the authorities; she was among a number of Chinese businesswomen who were reportedly linked to a graft investigation into the disgraced former Politburo member Sun Zhengcai.

Ultimately, all these failures demonstrate the fragility of spaces that rely on a single founder, whose motivations and financial stability may change, or who may not have realised the difficulties inherent in establishing their own art space, however good for their egos—and for the community at large.

• Adapted from Georgina Adam’s book about private museums, currently in preparation (to be published by Lund Humphries)