Singapore show adds Southeast Asia to the story of Modernism

Curators from the Centre Pompidou in Paris and the new National Gallery Singapore have pulled apart, re-examined and revised assumptions about Modern art’s history to include the work of artists from Southeast Asia in a much-anticipated exhibition opening this month. Reframing Modernism, which is due to open in Singapore on 31 March (until 17 July), is the first international collaboration by the Singapore gallery, which opened last November—a highlight of the country’s 50th birthday celebrations. The topic is central to the Southeast Asian institution’s reason for being. The exhibition, which brings together loans from Paris, the Philippines, Indonesia and Thailand, and also draws on Singapore’s national collection, aims to expand the understanding of art history beyond the established Western canon.

“The goal was to unsettle some of the assumptions about the history of Modernism,” says Lisa Horikawa, the senior curator of the National Gallery Singapore and one of the principal organisers of the exhibition. The show features around 250 works by 48 artists, with around half the pieces coming from the Pompidou. Horikawa says: “We want to create shows that are relevant to this region rather than just hosting classic travelling exhibitions.” The Singapore gallery aims to examine the connections and links between the Modern art of Southeast Asia and other parts of the world, she says. “The collaboration with the Centre Pompidou is our first major exhibition in this vein,” Horikawa adds.

Reframing Modernism will include works by some of the biggest Western names, including Picasso, Kandinsky, Chagall, Matisse, Léger, Braque and Jean Dubuffet, hung alongside works by many of the most important figures in Southeast Asian art, including H.R. Ocampo, Georgette Chen, Affandi, Latiff Mohidin and Le Pho.

Although the exhibition inevitably focuses on the first half of the 20th century, it asks contemporary questions about what it is to be modern, a tension that continues to the present day in Asia. Starting off with the established understanding of Modernism, it steps back and explores the social and political changes in Europe from the period before the Second World War, as expressed in art. Then the curators consider the turbulent period in Southeast Asia after the war, when much of the region’s Modernist art truly flourished, and place it in a global context.

One of the main challenges for curators was how to put European and Southeast Asian Modernisms together in a way that avoided superficial formal comparisons, Horikawa says. “Some artists might have work that looks similar, but it might have |a very different meaning or respond to a very different need, depending on the artist’s situation. On the other hand, artists might be working through the same issues or problems but reaching very different visual results.”

The curators chose to focus on individual artists rather than organising the show thematically or chronologically. For instance, they chose six of Wassily Kandinsky’s works from the Pompidou to trace his movement towards abstraction via his encounters with folk art to illustrate the Russian painter’s artistic journey. Horikawa says: “The exhibition is artist-centric: as far as possible, each artist is represented by small bodies of work, so that it is possible for the viewer to better appreciate the concerns that they were working through. It is built up by connecting artists’ bodies of work to one another in a network-like structure.”

Considering Southeast Asian Modernism and its historical context led the Pompidou’s curators to look differently at what they had in the French collection. They have included works by lesser-known artists, including Jean Launois, who travelled to what was then French Indochina (now Vietnam) and China in the 1920s.

Given Singapore’s short history as a nation (the former British colony officially became a country in 1965), the embrace of a larger and longer Southeast Asian narrative has been essential to the value of the National Gallery Singapore as a world-class art institution. There is limited funding for the arts and dismal infrastructure across the rest of the region, so the state-of-the-art gallery has already become a place where neighbouring national museums are proud to display their best works.

Reframing Modernism marks the Centre Pompidou’s second collaboration with Singapore. In 2011, the French institution worked with the Singapore Art Museum to show the travelling exhibition Video, an Art, a History: 1965-2010. Reframing Modernism was officially announced only last year, but in 2010, Singapore and France signed an agreement calling for closer ties, and the countries’ governments have since worked together to collaborate on cultural initiatives.

An extensive catalogue accompanying the show will be published by the National Gallery Singapore, in collaboration with the Pompidou. A series of public lectures in Singapore is also planned. In June, Singapore plans to host an international symposium for curators and scholars on global perspectives on Modernism. 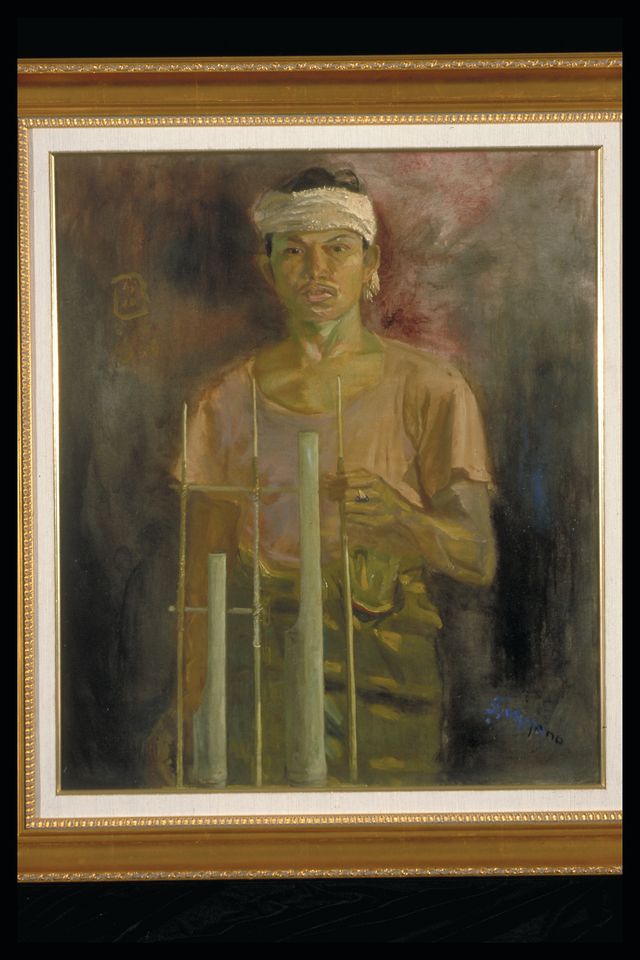 Known as the “father of Modern Indonesian painting”, S. Sudjojono developed a style that combined the nuances of Javanese culture with European art’s use of colour and brushwork to evoke mood. His most famous works tackle the search for Indonesian identity, using a seemingly playful approach to painting even when depicting important historical events in the transformation of the former Dutch colony into what became an independent Indonesia in 1945. 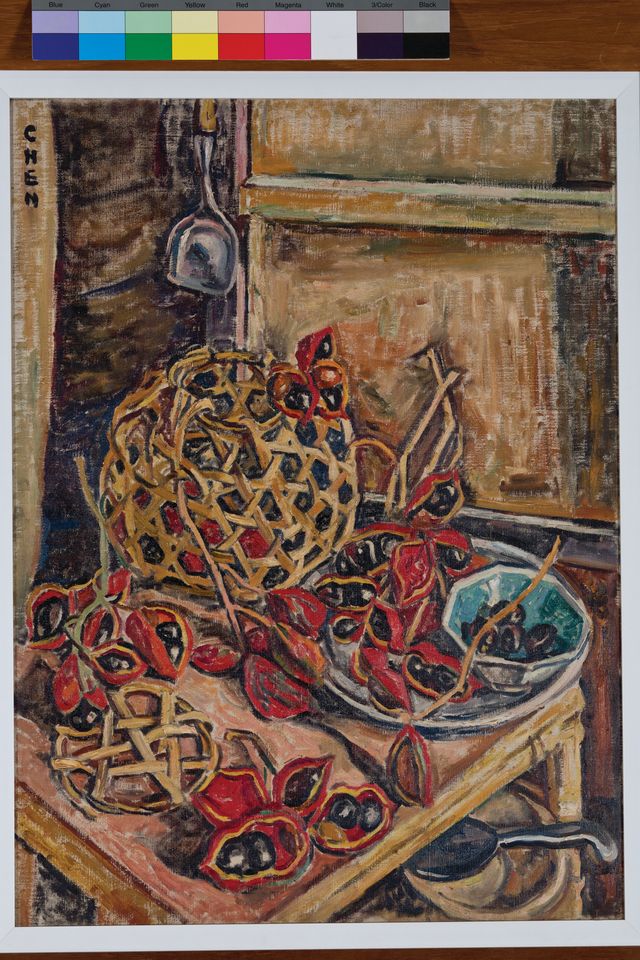 Georgette Chen’s vibrant portraits and rustic still-lifes are considered to be some of the finest treasures in Singapore’s national collection. Born into a merchant family from Zhejiang, Chen studied in Europe and the US before marrying Eugene Chen, who served as foreign minister under the Chinese Nationalist government of Sun Yat Sen. In the 1950s, she settled in Singapore, teaching at the Nanyang Fine Arts Academy and becoming a leading figure in the Nanyang painting school. She died in 1993. 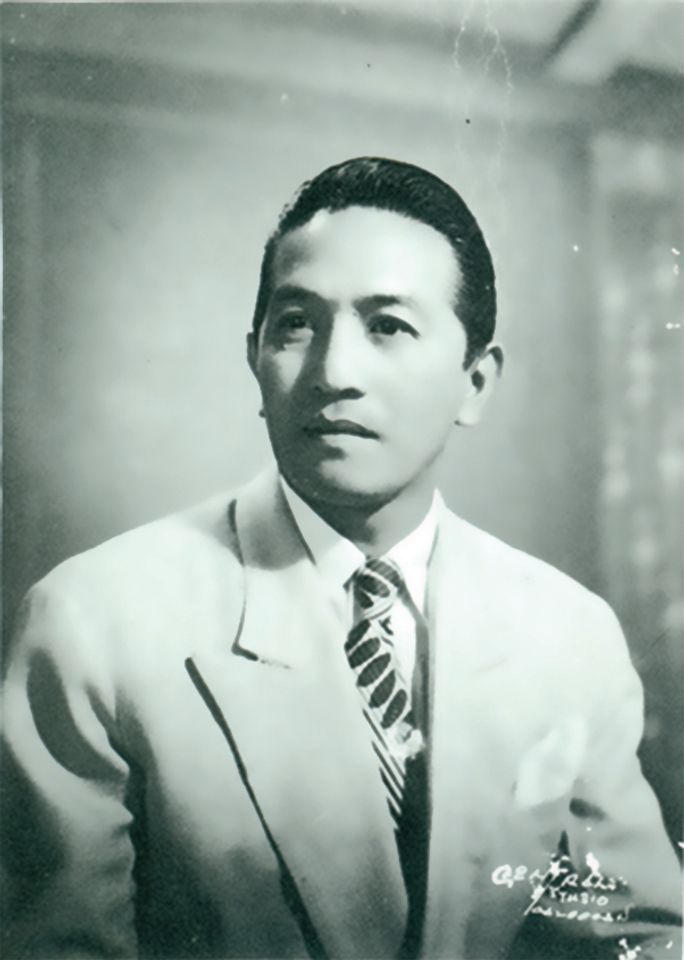 A portrait of H.R. Ocampo

The Philippine National Artist H.R. Ocampo is best known for abstract paintings employing organic shapes in often earthy colours to suggest plants, animals and the landscapes of his homeland. A self-taught painter who was also a respected writer, his work remains influential in Philippine art. After the devastation of Manila during the Second World War, Ocampo became a leading light in trying to define and create a Filipino visual language.