Artists and curators tell us about the journeys they have embarked on, or hope to make, to see something special. Compiled by Ben Luke 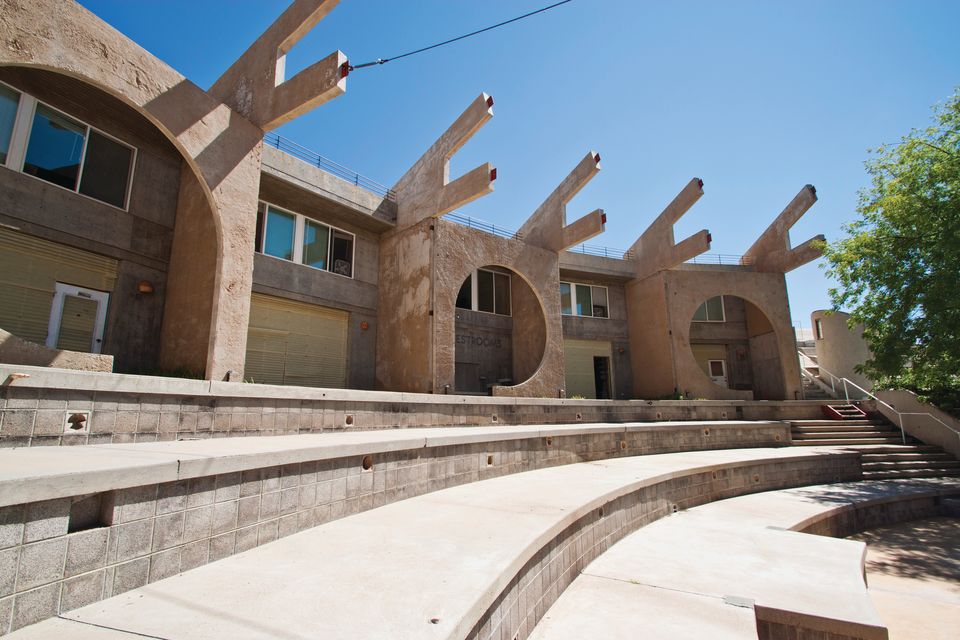 Doug Aitken, artist: One of the most magical places is Paolo Soleri’s Arcosanti. He was an architect who came from Italy, studied under Frank Lloyd Wright at Taliesin West, and by the 1960s he became restless. He looked for land, because if you had land you could experiment. It was a kind of extreme utopian city, where everyone who lived in it and visited was part of it. His idea was that it was always unfinished and would evolve. By the 1970s he obtained land about 45 minutes from Scottsdale, Arizona. It’s very organic, it uses rammed earth techniques, interesting use of glass, it’s very indoor-outdoor. It thrived for a long time in the 1970s. I had the privilege to have a conversation with Paolo maybe six months before he passed away and I remember I asked him: “Is your city utopian?” And he said: “I don’t understand the term utopia.” To me, it is an archetype of the vision of the future, of restlessness, and the idea of architecture being a beautiful living organism. There is a liberation in driving out there and seeing the city fall behind, feeling the hot air pass you by to visit this remote experiment. Flavin Judd, curator and co-president of the Judd Foundation: The next trip I’m taking specifically to go somewhere to look at something is to Louis Kahn’s library at Exeter, because I’ve seen, obviously, the Kimbell at Fort Worth, which is a fabulous building, but I’ve only seen pictures of the library and it looks just stunning. Each time I see a Louis Kahn building, such as the Salk [Institute, San Diego], they are vastly better than what you thought you would see based on photographs, which is rare these days. And that’s what good architecture is: always better than the photographs. Taner Ceylan, artist: My all-time favourite place for getting lost in art and inspiration is the Sanssouci Palace and its surroundings in Potsdam, Berlin, from the gardens with their sculptures and fountains, the orangery to the New Palace, and the Chinese House to the Roman baths. I especially love how nature comes into sync with man-made art: it’s like being in a living melody. The thing you must do for the ultimate experience is leave your tour guide and get lost in it, especially at the events at night in August. 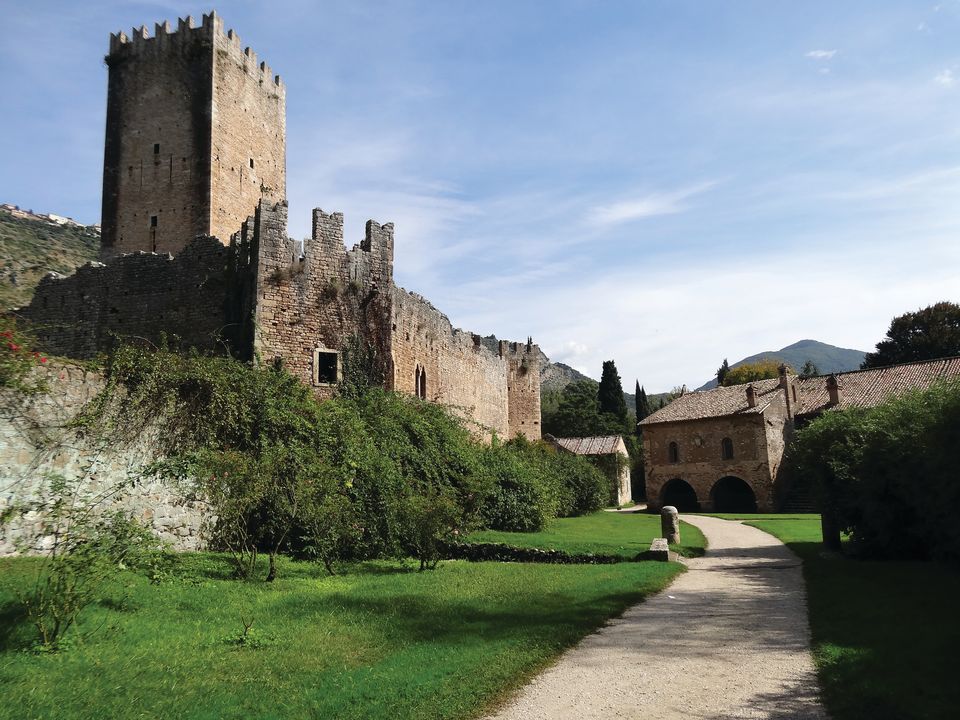 Nicholas Cullinan, director, National Portrait Gallery, London: I often gravitate towards Italy in the summer, and this garden, off the beaten track between Rome and Naples, is one of the most beautiful places you can imagine. I went for the first time two years ago and was captivated by its extraordinary history, too. It’s a small medieval hamlet, abandoned in the Middle Ages until Ada Bootle-Wilbraham married into the Caetani family in the early 20th century and began to turn it into an English garden in Italy. Medieval ruins, roses and limpid waters—hence its name—it’s even more beautiful than the Villa d’Este gardens. Worth a Google, then a visit. 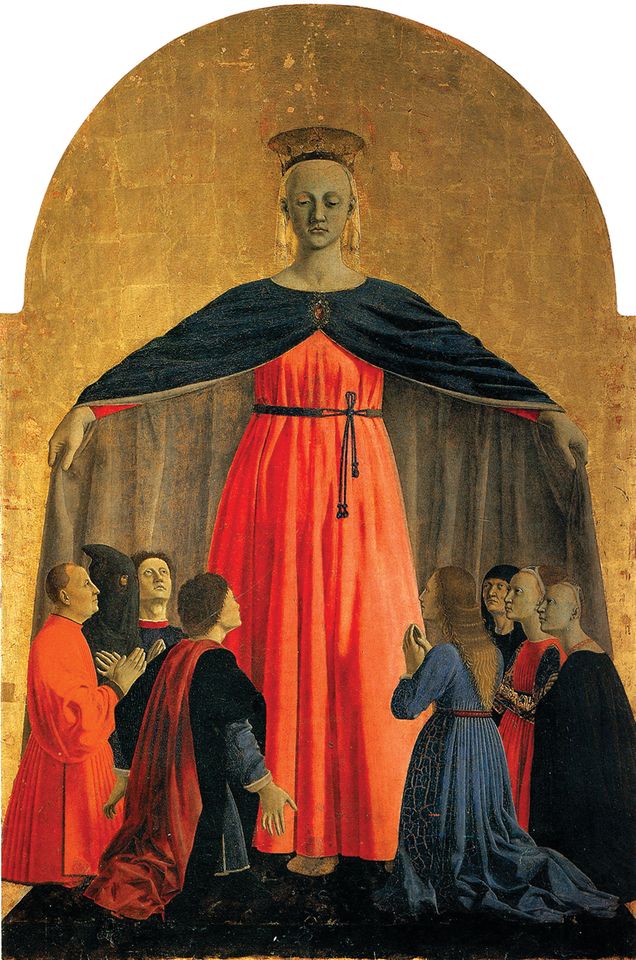 Lisa Yuskavage, artist: When I was an art student I was always puzzled by Piero della Francesca. Teachers often talked about him in relationship to mathematics and the golden ratio, and my brain doesn’t get jazzed by that—I don’t have a maths brain. The question that I always had was: why do all the people always look so odd in his paintings? Maybe because I am a figurative painter, I understand how each artist represents humanity through the way they deal with faces. But the Piero faces were so weird, I wasn’t even sure if I liked the paintings so much.

I had a show in Milan in 1997 and my husband [the painter Matvey Levenstein] and I then went to Venice. From there we decided to rent a car, and we borrowed a book belonging to an artist friend David Reed, which was an art historical guide with every single tiny town in Italy and what art was there. We started to construct a Piero tour: we drew a diagram from Venice to find every Piero painting in situ.

Eventually, we got to Sansepolcro, Piero’s birthplace—a tiny town in Tuscany [Piero’s Madonna della Misericordia in the Museo Civico is pictured]. We were sitting in the only hotel, in the only restaurant. We ordered lunch and it was very authentic. And as I was taking my first sip of wine and looking around, all I saw were Piero faces. There’s no golden ratio aspect to this: he just painted what he saw and the people here still kind of looked like that. Then we’d walk around Sansepolcro and I would look at the landscape and it was straight out of one of his paintings.

By going there, I went from thinking “what’s up with this artist who seems very cold, and what’s with those faces?” to feeling connected to him and to his work, and finding a guidance about how to move forward myself. I understood that my job is to depict things as I see them, not the way other people would like me to see them.

In 1997, Tacita Dean attempted to find Robert Smithson’s land art work Spiral Jetty, built in Utah’s Great Salt Lake. Her journey proved fruitless, yet it prompted a sound work, which is in a show at London’s Frith Street Gallery in July.

I was at Sundance [Institute in Utah, taking part in the annual screenwriters’ lab] and had three days to spare. I made the connection that Utah meant Spiral Jetty, and this was 1997, when no one was going there, but I thought, I’m going to go and look for this work. It took some excavation: the Utah arts council sent me a fax with directions in the end. 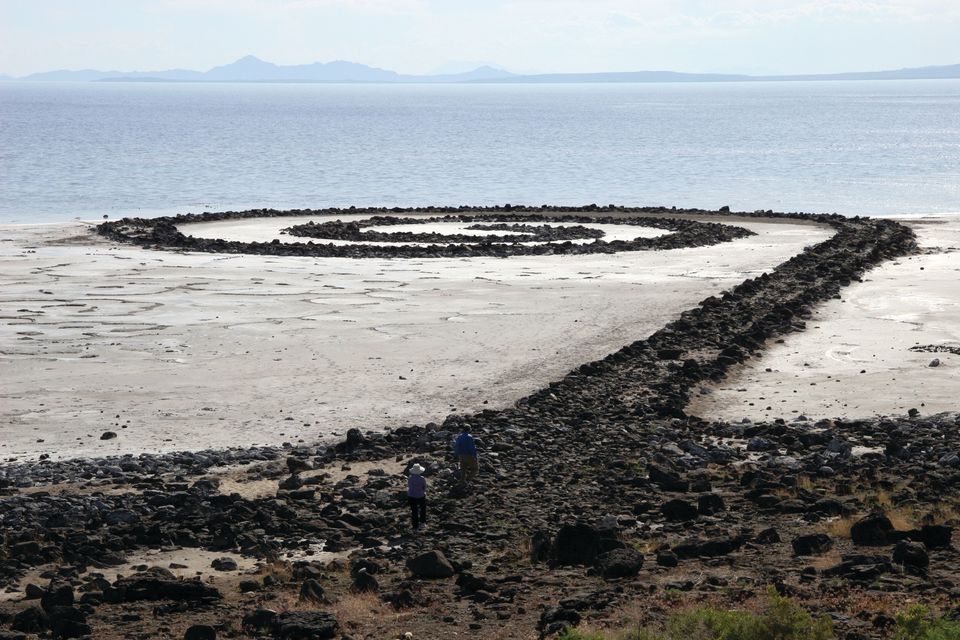 I wasn’t even that fanatical or knowledgeable about Smithson then, but it was an icon, and I was in Utah. It was practically the first time I had ever been to America and it still felt like this mysterious place, even just going to Mormon country and Utah for Sundance was exciting.

There was a guy, Gregory Sax, who was a screenwriter there and I asked him if he wanted to come. He didn’t know what he was looking for, but he knew how to hire a car and things that were then a bit scary for me, and I managed to talk him into it. I had my DAT recorder with me because I was recording my conversations with the advisers at Sundance, so I was in the groove with documenting at that point. I only turned it on at point 10 of the journey, and there were 12 points on this fax. You had to follow these slightly misleading points: “Continue 2.3 miles south-southwest to a combination fence, cattle guard #4, iron-pipe gate, and a sign declaring the property behind the fence to be that of the Rafter S. Ranch. Here, too, is a No Trespassing sign.” I’m sure it’s written by Smithson himself. Who else would have had that level of esoteric detail?

Initially, I had no intention of making it a work of art at all. And then we couldn’t find it and I don’t know what it was—something about the journey was so powerful—so when I got back, I decided it could be a work. And Greg agreed to fake the first few points. We didn’t really script it; we followed the points, and he improvised and I improvised back, and I cut it together.

People can go to Spiral Jetty now as a sort of pilgrimage, more like the sense of going to Lourdes or Assisi, because in a way it’s quite established now. It’s on satnav, it’s all there laid out, with signposts and a tarmac car park. But when I went it was forgotten to a certain extent, it was mythical, and we were the first after a while to go there; so I felt more like a pioneer than a pilgrim. It is still a magical place, for sure, but it takes away the pioneering aspect of it, the endeavour. You can’t use the word pilgrimage in quite the same way.

• Trying to Find the Spiral Jetty is in Summer Breeze, Frith Street Gallery, London, until 11 August