Maastricht adventures: Tefaf exhibitors reveal what they get up to while banished from the fair on vetting day

From castles and cathedrals to baring it all at a spa, there is plenty to keep dealers' nerves at bay while the vetters move in

Every year, on the Tuesday before Tefaf Maastricht opens, all exhibitors are banned from entering the fair as the vetters move in to inspect their wares. The next day the dealers return to see which questionable items have disappeared—put into storage for the run of the fair. Once the fair closes, these works are released and returned to their owners—they call it “the walk of shame”.

Nervous they may be, but vetting day is a chance for exhibitors to escape for one last jaunt before a full 11 days in the windowless halls of the Maastricht Exhibition and Conference Centre (MECC). Perhaps not known as a tourist destination, Maastricht—at the intersection of Holland, Belgium and Germany—sits in a rich seam of art, architecture and cobbled streets. So where do exhibitors go to calm their nerves with some cultural diversions, a fillet of sole and a glass of Riesling? 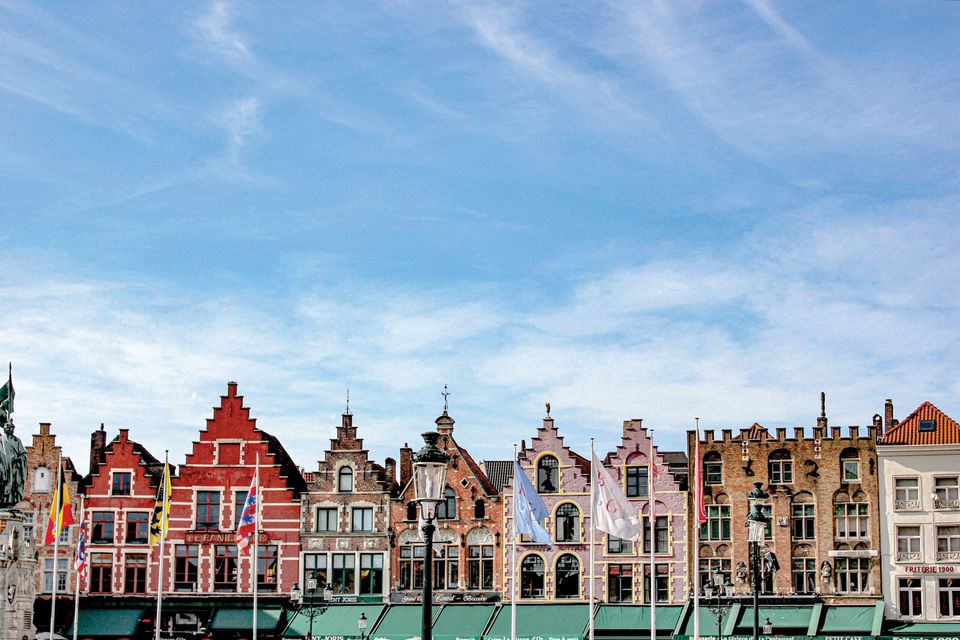 Bruges is a favourite destination for many visiting Maastricht Photo: Emran Yousof/Unsplash

Bruges in Belgium is a favourite of many, including the London-based sculpture specialist Stuart Lochhead, a former director at Daniel Katz Gallery, who is exhibiting under his own name for the first time this year. “If you can see through the tourists and myriad chocolate shops it still retains its magic,” Lochhead says. If you only have time to visit one of its many museums, make it the Memling Museum, he advises, “with a detour to the splendour of the Town Hall and the Church of Our Lady to see the Bruges Madonna—the only Michelangelo to leave Italy in his lifetime when it was bought in 1504 by wealthy cloth merchants from Bruges.” Recover with a hearty tapas-style lunch at the buzzy Quatre Mains. Martin Levy, the director of H. Blairman & Sons, a London-based specialist in furniture and art from the 18th to 20th centuries, recommends stopping at the Kasteel van Loppem, a 19th-century castle near Bruges, designed by British architect Edward Welby Pugin.

Levy and Lochhead both extol the virtues of the Aachen Cathedral Treasury—it’s only half an hour’s drive from Maastricht and, “as the old Michelin guides say, it’s ‘worth a detour’”, Levy says. Emperor Charlemagne was buried there in 814 and, Lochhead says, “you might think that Pugin has been in and redecorated, but this is the real deal. The interior is a beautiful palate of coloured marbles and mosaics—filled with spolia from ancient Rome, brought here in the eighth century”. When no one is looking, sit on the throne of Charlemagne, where every Holy Roman Emperor was crowned up to Charles V. “Then skip next door to the treasury museum to see some of the greatest treasures in the world. Dürer certainly thought so in 1520 when he came to see Charles V crowned,” Lochhead says—the crown of Margaret of York is his favourite. 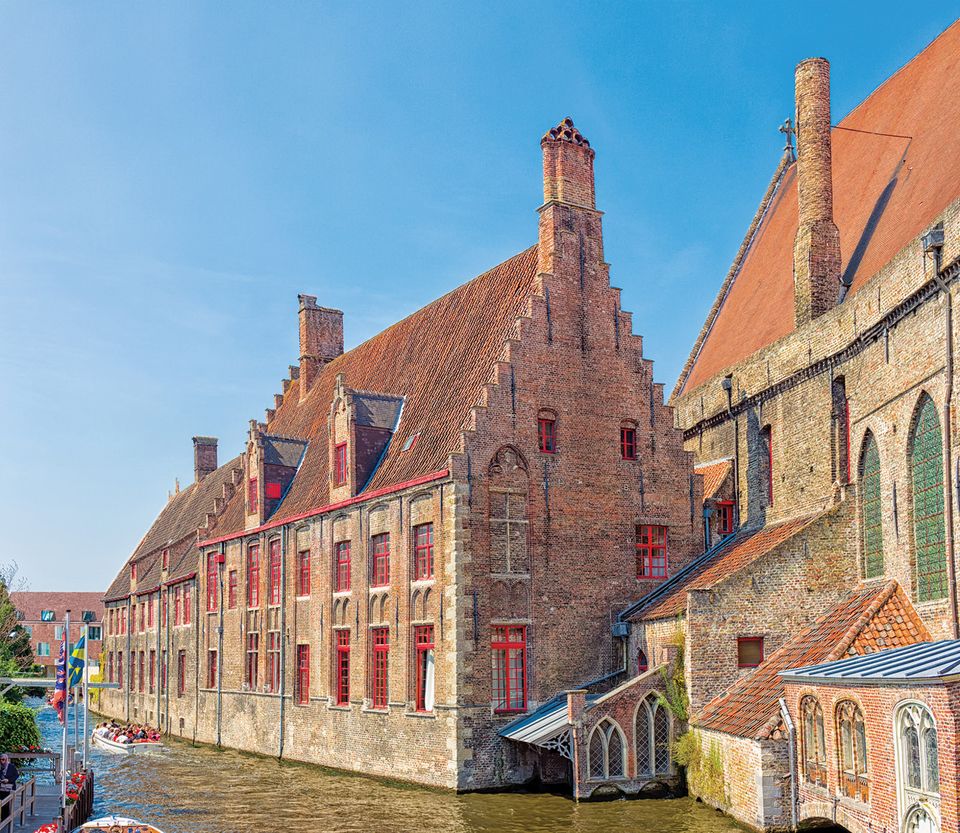 The Memling Museum in Bruges Photo: © Ray in Manila

In 2016, everyone flocked to the Hieronymus Bosch: Visions of Genius show in the artist’s hometown of ’s-Hertogenbosch (known locally as Den Bosch). With its big Gothic cathedral and notable Noordbrabants Museum, Den Bosch is just over an hour’s drive from Maastricht, or alternatively there are direct fast trains from Maastricht to Den Bosch, Eindhoven and Amsterdam, says Nynke van der Ven, who along with her husband Floris runs Vanderven Oriental Art, based in Den Bosch. Nearby Eindhoven, only an hour from Maastricht, is famous for its design shops and academy. Not far is Tilburg, where Van der Ven recommends a visit to Museum De Pont, a private contemporary art museum that, she says, has good exhibitions—its Monster Chetwynd show is on until 15 March.

Some dealers turned up to the Hieronymus Bosch show without tickets. Do not make that mistake with this year’s hot exhibition—Van Eyck: an Optical Revolution at Ghent’s Museum of Fine Arts (until 30 April). The largest ever show of the artist’s work, this brings together around half of his 20 to 22 autograph works, among them several sections of the Ghent Altarpiece (1432), including the newly restored Adoration of the Mystic Lamb—a chance for you to see for yourself that now famously “humanised” face of the lamb. “Get there any way you can, it is bound to be the hottest ticket in Europe this year,” Lochhead says. 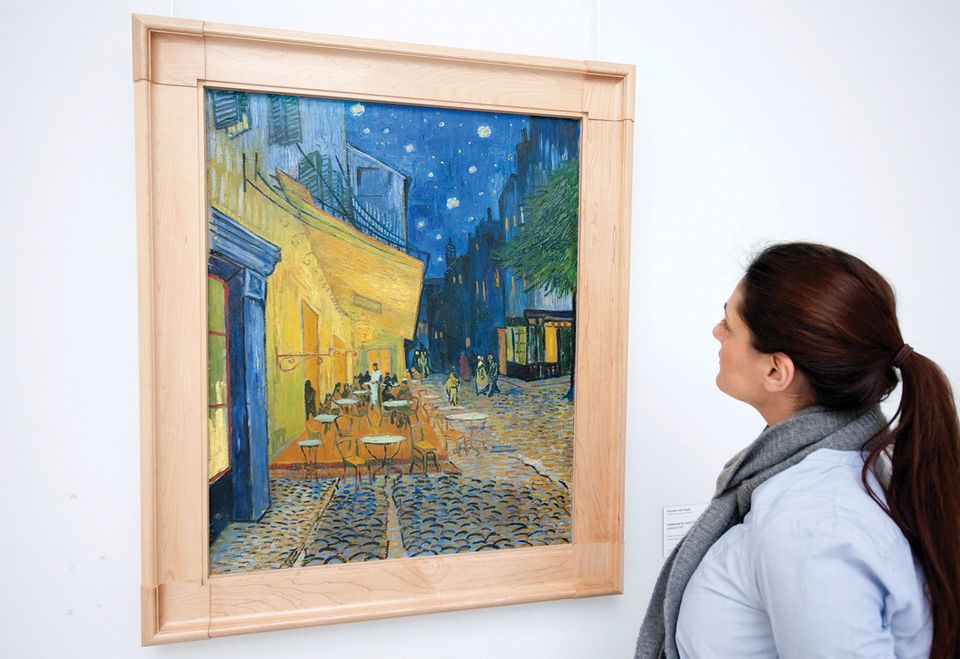 Terrace of a Cafe at Night by Vincent van Gogh at Kroller-Muller Museum in the Netherlands Photo: Urbanmyth/Alamy Stock Photo

Feast for the eyes

Back in the Netherlands, the London-based drawings dealer Stephen Ongpin has made vetting day trips to Amsterdam, Utrecht, Haarlem and The Hague. The Watteau drawings exhibition at the Teylers Museum in Haarlem in 2017, he says, “was one of the best vetting day exhibitions I have seen”. The Kröller-Müller Museum in Otterlo, founded by Helene Kröller-Müller in the 1930s and set in parkland about two hours north of Maastricht, is, Lochhead says, a revelation. It contains the second-largest collection of Van Goghs in the world—“think Café Terrace at Night and the portrait of Joseph Roulin to start with, then feast your eyes on Seurat’s Le Chahut—can-can girls and double bass players in a cacophony of colour and movement on a grand scale”, Lochhead says. “If you have the time and energy you can cycle around the extensive sculpture park.”

Maybe that all sounds too strenuous. After 29 years of exhibiting at Tefaf, the Spanish jewellery specialist Deborah Elvira needs a break by the time her stand is ready, so she stays in Maastricht: “I disconnect completely and enjoy a day off in a city that I have come to love over the years.” She breakfasts in a café on the Vrijthof square, followed by an exhibition in the Bonnenfanten Museum, a stroll around the old city ramparts and a visit to the Basilica of St Servatius. Elvira also has some traditions: “After a coffee on the Onze-Lieve-Vrouw square, a visit to the basilica of the same name is compulsory: I light a candle to Our Lady Star of the Sea for a smooth and easy fair. I don’t know if it is my Hispano-Irish descent or just an excuse to see the Romanesque church once again, but I am grateful to say that it usually works.” Both Elvira and Van der Ven love Maastricht’s Dominicanen bookshop, housed in a 13th-century church, for a good selection of books in numerous languages. 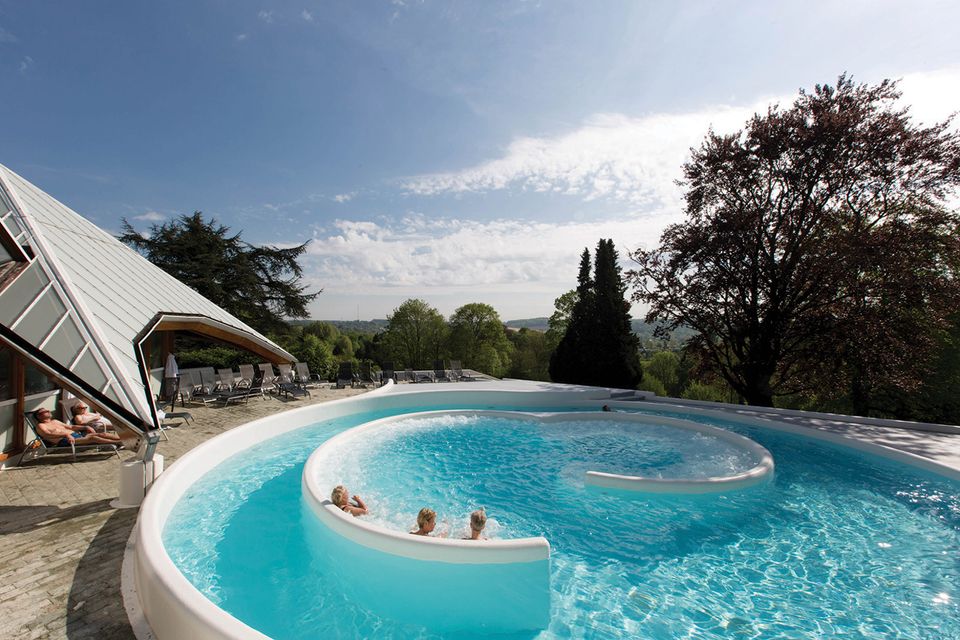 The Thermae 2000 in Valkenburg

Just outside Maastricht is, believe it or not, the only official “mountain” in Holland—Mount St Peter, all of 171m high. “It is famous for its decorated caves and grottoes, which were used as bunkers in the Second World War,” Van der Ven says. “This is where Rembrandt’s Night Watch was held during the war until it was safe to return to Amsterdam—there is still a replica in charcoal drawn in 1900 and recently restored.”

Or just let it all hang out, quite literally, at the (infamous) Thermae 2000, a spa and thermal baths in Valkenburg—a 20-minute drive from Maastricht. A number of exhibitors come to relax here, including Lochhead, although he concedes it might not be for everyone. “Beware, as it is a nude-only policy in the sauna,” Lochhead says. “It might be an interesting moment meeting your best client in all their natural glory!” Or, in the words of another (anonymous) exhibitor, “sitting in the sauna naked with a picture dealer doesn’t bear thinking about”.