The German school, one of the crucibles of Modernism, was a complex entity

On 1 April 1919, a new school of applied arts opened in Weimar, the de facto capital of the Weimar Republic. State and school would last as long as each other, and die young of the same cause. This year sees the centenary of both, although the school’s will be the more celebrated: events are planned all over Germany, and as far afield as New Delhi and São Paulo. The school was called the Staatliches Bauhaus—the state building-house—although it has been known for a century by its second name only.

But which Bauhaus, precisely, is the one that will be celebrated? There were three, geographically speaking—four, if you count the tenuous one that Laszlo Moholy-Nagy claimed to have taken with him to Chicago in 1937. The first, founded by Walter Gropius as a replacement for Weimar’s previous design school, lasted until 1925. Loathed by an ever more right-wing Thuringian government, it was forced to close on 31 March of that year, reopening in Dessau in Saxony the next day. This Bauhaus lasted seven years, until it, too, was closed by a Nazi town council, in 1932. The school’s last iteration, in a disused telephone factory in Berlin, survived just nine months before shutting under pressure from the Gestapo.

Being shut down by the Nazis was always a good career move.

Geography, though, is not history. In the school’s short life, there had, philosophically speaking, been four Bauhauses, not three. The first was roughly conterminous with Weimar, although not quite. Lampooned as old-fashioned by Theo van Doesburg, the co-founder of De Stijl, this school had performed a brisk volte-face in 1923. In 1919, Gropius’s imagining of the Bauhaus had been Morrisian: “We must all return to the crafts!” his prospectus had enthused. “Let us create a new guild of craftsmen, without an arrogant barrier between craft and art!” Now, four years later, he announced a “new unity [between] art and technology”. Henceforth hand-crafting would be out, mass production in—or at least the appearance of mass production.

In 1920, in Weimar, the Bauhaus artist Josef Albers had made the works he called “glass paintings” himself. Five years later, in Dessau, he was having them industrially made. This change of intent was made concrete: not for nothing did Gropius’s new white-and-glass Bauhaus building look like a factory. And yet, for all its assembly-line affectations, the work it turned out was anything but. Sandblasting did not speed up Albers’s output of paintings or lessen their price. Wilhelm Wagenfeld’s WG 24 lamp, like Marcel Breuer’s Wassily chair, remained hand-assembled, slowly, in small numbers and at great cost. This infuriated Gropius’s replacement as director of the Bauhaus, Hannes Meyer. A Communist at heart if not in fact, Meyer proclaimed a third revolution when he took over the school in 1928: its slogan, now, was Volksbedarf, statt Luxusbedarf: ‘the needs of the people, not luxuries’. He lasted two years. Its final director, Mies van der Rohe, turned the Bauhaus into the more prosaic thing its name had always suggested: a school of architecture with workshops attached. 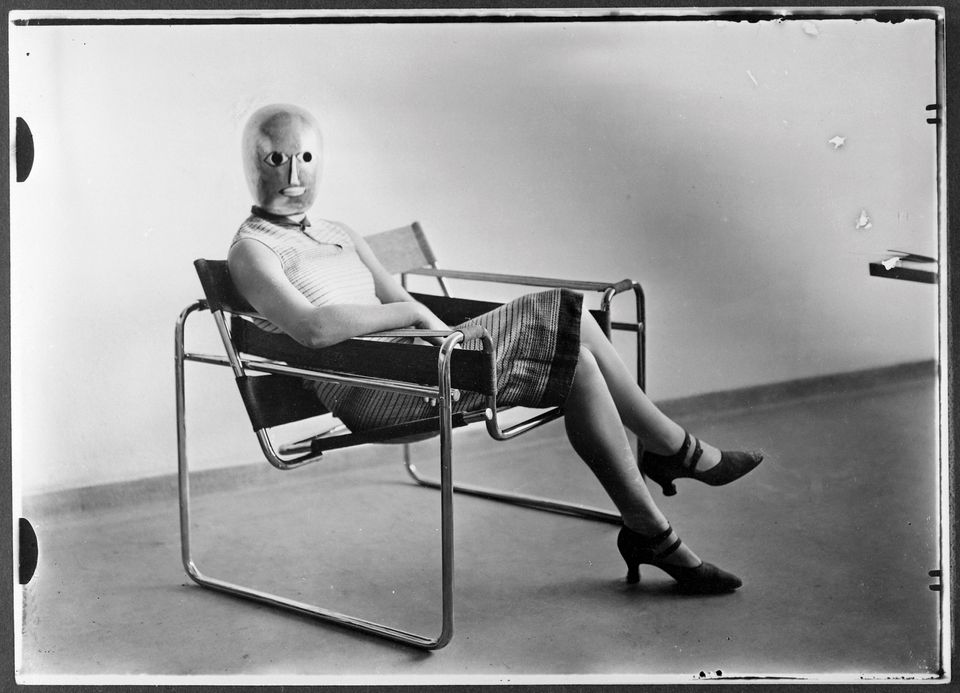 And so, again, the question: why the celebrations, and of what? None of the three (or four) Bauhauses ever sold very much, with the peculiar exception of wallpaper. As design schools, their output was likewise lacklustre. Most non-Bauhaus scholars would be hard pressed to name half-a-dozen Bauhäusler who went on to find eminence in their fields, leaving aside those who stayed on at the school as masters. Being shut down by the Nazis was always a good career move, although, technically speaking, Mies closed the school voluntarily. But even this is not enough to explain the Bauhaus’s perennial fame. For that, we need to look at two things.

The first is its name. Had Gropius retained the school’s original title—the Grossherzoglich-Sächsische Kunstgewerbeschule Weimar—it seems fair to assume that its fame might have been less. “Bauhaus” was backward-looking, vague and, to an extent, meaningless—but it was catchy. This grasp of marketing was perhaps the most extraordinary feature of the several Bauhauses. With its name picked out in a Herbert Bayer-ish typeface, Gropius’s Dessau building was both a metonym and a commodity, in the same way that Wagenfeld’s lamp and Breuer’s chair were.

This served the school’s posterity well after 1945. In Communist East Germany, the taint of luxury made its memory suspect: “the formalism of the so-called Bauhaus style …promoted by the Americans in West Germany, has led along dead-ends” growled Walter Ulbricht, the future leader of the German Democratic Republic, in 1951. To the West, the Bauhaus was now not just anti-Nazi but anti-Communist, even though its students had included Fritz Ertl, a future architect of Auschwitz, and it had been a hotbed of Communists under Meyer. History is seldom neat, and tends to be written by the victors.