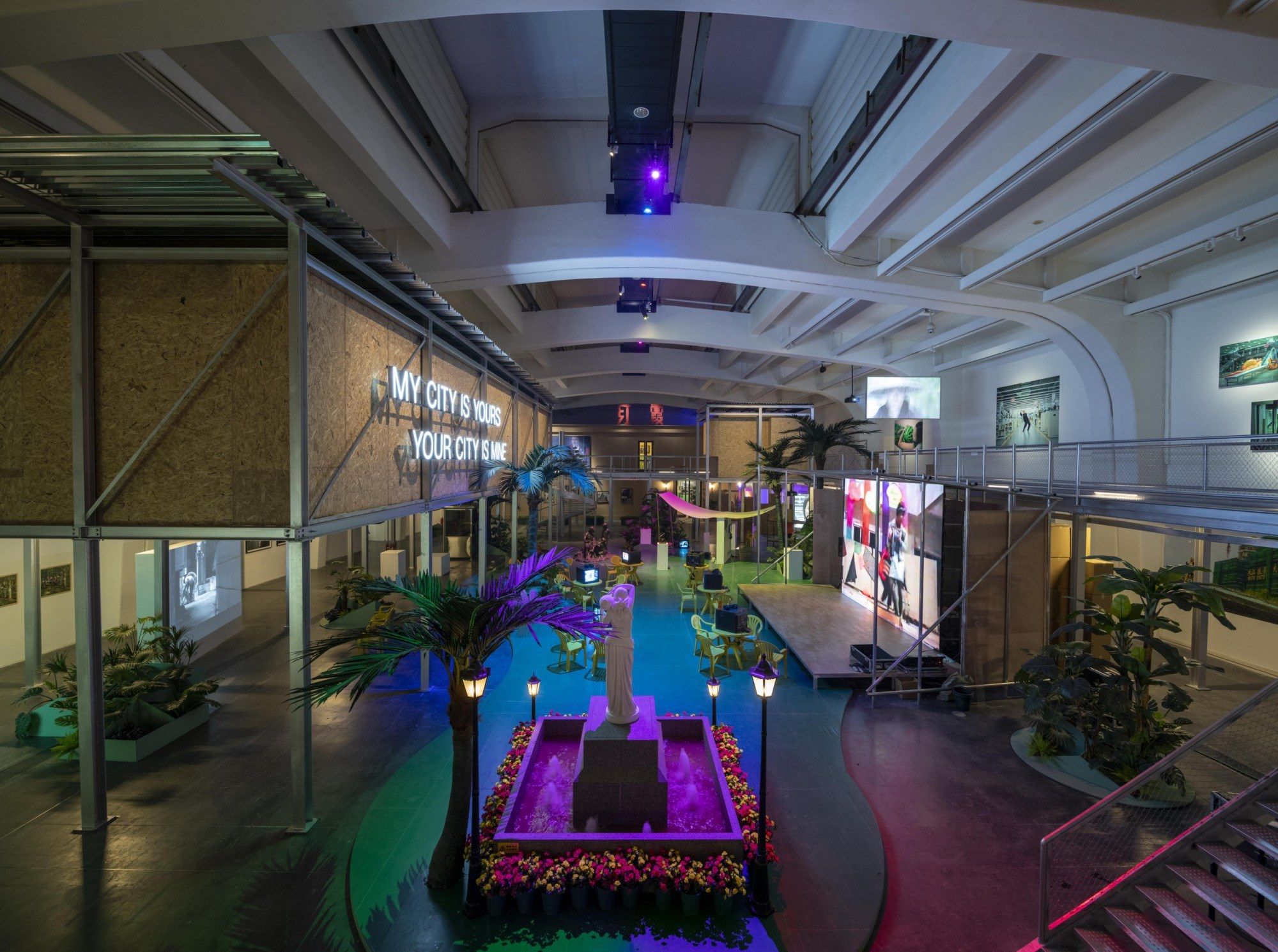 Cao Fei's retrospective at Beijing's UCCA feels like a city unto itself—as well as a capsule of Chinese regional cultures and various decades. Filling out the museum's cavernous main hall over two levels, the sumptuous spread of Staging the Era (until 6 June) offers a working Hong Kong-style Cantonese canteen at one end and a replica of the 1950s Beijing workers' cinema Hongxia at the other. Betwixt the juxtaposition of north-eastern Beijing bluntness and southern Cantonese brightness sits a stage reminiscent of China's traditional outdoor fairs, now an urban memory but still a rural reality—standing open for impromptu karaoke as well as all manner of organised cosplay and dance gatherings over the course of the exhibition.

A native of Canton, now Guangzhou, Cao describes the canteen as "very important for me, because that is my childhood, that is my memory of the taste", even as she now resides in Beijing. She surmises that a restaurant within an exhibition, rather than a "food art work" as performance, is a rarity. "If you are in the show, you can smell the food, you can eat the dim sum, drink the coffee or milk tea, everything is there. It is part of the exhibition. So the whole exhibition for me is functional: you have a cinema, you have a canteen, you have karaoke, you can walk, you can rest. You could probably spend a whole day there. You can think of it as a city, or a corner of a city, maybe a community compound. It is not like an exhibition space."

Emblazoned in neon over the entrance, the words "My city is yours, your city is mine" shine as a guiding theme. "I think the whole show is something like a utopia [...] you can bring your parents, your kids, the whole family, and have a weekend there. It is not that kind of serious, white cube exhibition."

Organised by UCCA's director and CEO Philip Tinari along with Guo Xi, Patrick Rhine, and Huang Jiehua, and designed by Hong Kong's Beau Architects, the exhibition is Cao's first major solo show in mainland China. It follows a smaller 2018 exhibition A hollow in a world too full that opened Hong Kong's Tai Kwun Contemporary, with UCCA's support. "It's very interesting, I've never had a solo show or even a gallery show in China—and the first show is a retrospective!" says Cao. " I have had so many shows in America and Europe, but none of the Chinese audience can see it. Now, I have a big solo show in China, but because of Covid none of the foreigners can see it. For most international curators it is hard for them to see it. So it is a pity, but also like a joke."

Part of the humour lies in how Chinese audiences know Cao's name, but not her work—"but now they can see everything here". She says Beijing audiences relate to her themes of China's industrialisation, and the roughly 50,000 visitors since the show opened in mid-April have been a diverse range of ages and backgrounds. 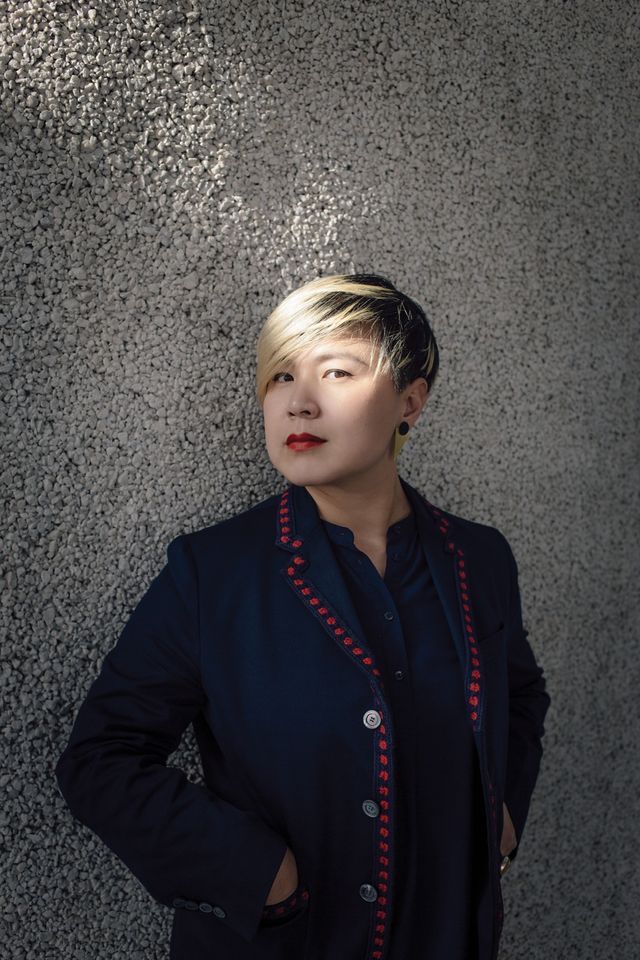 The local history particularly resonates in her 2019 feature-length, retrofuturistic film Nova shown in the Hongxia cinema, near to where the 798 art district stands that contains UCCA. "The 798 district was supported by Germany, and Hongxia by the Soviets," Cao explains. "Hongxia is symbolic and is a magical place for me." The artist spent years accumulating documentation and ephemera from the old cinema, with help of its former manager, who donated his own collection and visited the show three times. "For him, the real cinema is already dead but he can see how we recreated this history and his past memory in here."

After spending the first ten months of the Covid lockdown in Singapore, Cao returned to China last October. "Here is like post-Covid, almost getting back to normal. You can show [work], you can travel within the country, you can have a big dinner," she says. "For us, China and non-China are like two worlds."

Cao also has reconnected with her southern Chinese roots by joining the academic committee of the storied Times Museum in Guangzhou. "Compared to the large art scenes—New York, Beijing, Shanghai, Berlin—nobody knows Guangzhou. But I think the local art environment is really important," she says. She compares it to the Malaysian capital of Kuala Lumpur, in that "it may only have a few art spaces but I think it's really important to have different, alternative spaces, and not only the national art museums. This is part of the city, part of the local culture." She also highlights the burgeoning artists clusters in places like Chengdu, Wuhan and Shenzhen. "None are more or less important in this global map," she says.

about 12 hours ago
Ibrahim Mahama: ‘I use crisis and failure as the primary material in my work’