The Chilean-born artist-poet Cecilia Vicuña on her poetry, precario sculptures and her return to painting 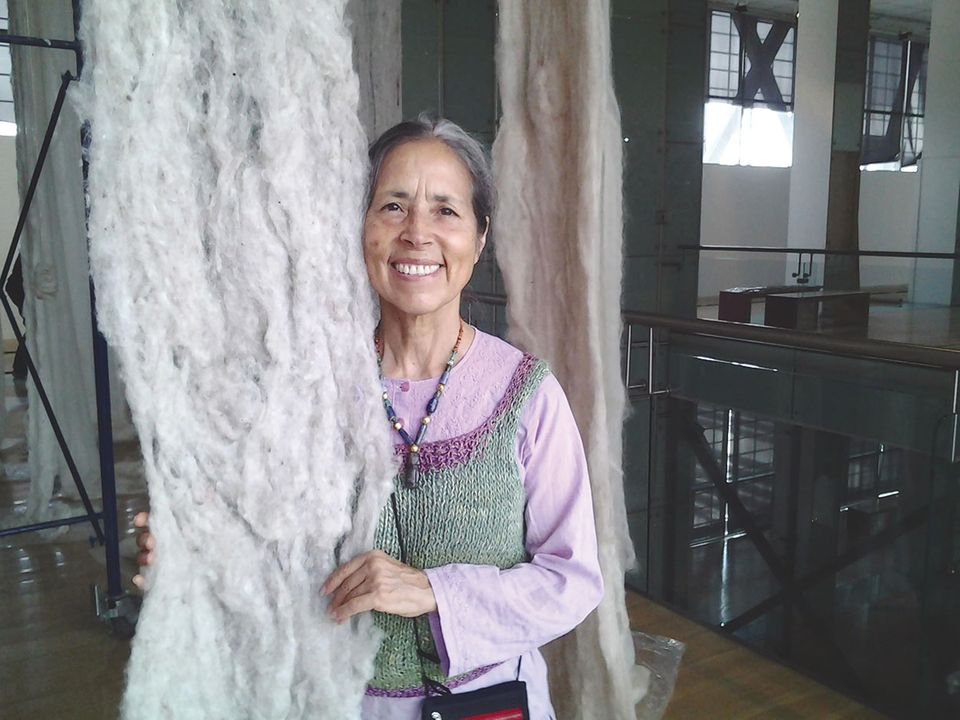 “What is important about this survey is that it equally considers the connectivity between my art and poetry,” says the Chilean-born, New York-based artist Cecilia Vicuña about her first major museum retrospective, now at the Museum of Contemporary Art (MoCA) North Miami. “That is its value and significance.” The organisers of Cecilia Vicuña: About to Happen, Andrea Andersson of the Contemporary Arts Center New Orleans and Julia Bryan-Wilson, the professor of Modern and contemporary art at the University of California Berkeley, “read my work from a new perspective and sought to present it as an ecological, feminist and participatory practice,” Vicuña says.

Born in Santiago in 1948, Vicuña was studying at the Slade School of Fine Art in London in 1973 when a coup d’état broke out in Chile, and she remained in exile in the UK for two years before moving to Colombia and then New York. Despite continuing to create insightful conceptual works that reference ancient practices and address political, environmental and gender disparities over a 40-year career, Vicuña has only recently seen her art gain international attention, with works she created in the 1970s and 80s acquired for the collections of the Tate in London and the Museum of Modern Art in New York within the past five years.

This retrospective brings together Vicuña’s drawings, videos, text, site-specific installations—such as the artist’s quipus, or sculptural hangings made from dyed wool that reference an ancient Andean tradition of record-keeping using knotted string—and an expansive presentation of her precario (precarious) objects, ephemeral works she began creating in the 1970s as ritual offerings to the sea. The show also includes a series of paintings—a practice that the artist abandoned in the 1970s but has returned to in the last decade.

The Art Newspaper: You have published more than 25 books of poems. Why has this aspect of your practice been under-recognised until now?

Cecilia Vicuña: From the start, my work has been an interaction between art and poetry. This has been overlooked in previous exhibitions because the poetry world doesn’t have room for artists and the art world doesn’t have room for poets. My first exhibition at the Museum of Fine Arts in Chile in 1971 was an art-and-poetry event but went completely unnoticed by the art world. 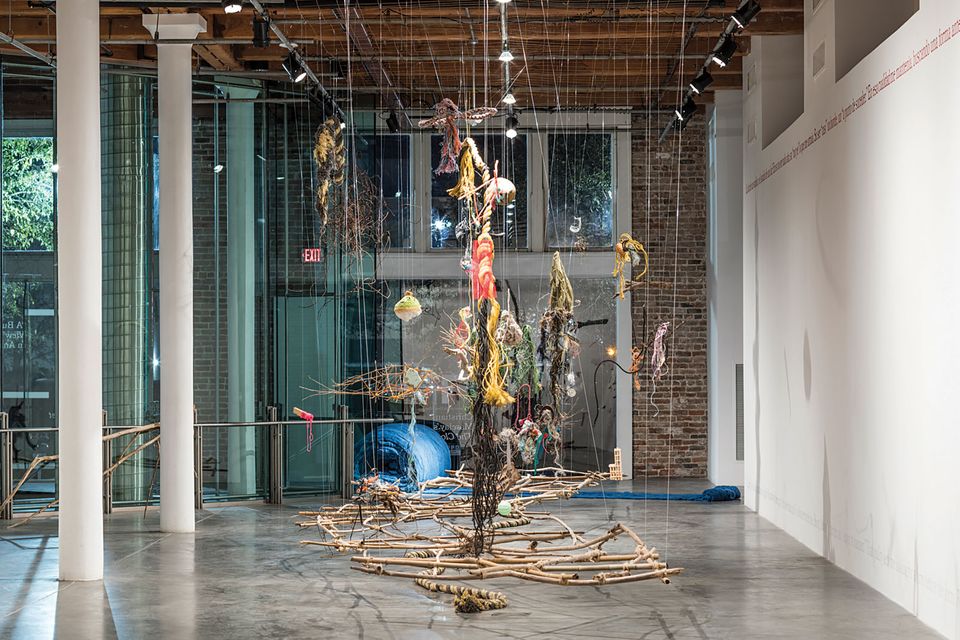 The show includes an artist book that pairs poems with images of your precario sculptures. You write that your art was “born at the meeting point of two waters, the Aconcagua River and the Pacific Ocean”. What do you mean by that?

That river is one of the most sacred places in Chile but an oil refinery built there destroyed the ancient memory of the land. In that place, I realised that the sea is alive and that is when I began creating offerings—the precario sculptures—for the sea to erase. The book is the core of the exhibition and relates to the part of my art that expresses itself in those sculptures. It is an art that is aware of death.

The precario sculptures were made to be dismantled in situ as part of the work. In the exhibition, are we seeing just the pieces that have survived?

The MoCA show also includes paintings, a lesser-known part of your oeuvre.

Most people have never had the experience of seeing my paintings because they were hidden from view for almost 40 years. As a teenager, I started making amazing abstract paintings that were similar in thought to the precario sculptures. I exhibited the sculptures and paintings together but the paintings were disregarded and I had to survive. After the military coup in Chile in 1973, my life became very difficult and there was no space for those paintings in the world.

But, in 2013, the British art historian Dawn Adès—an incredible scholar of Surrealist women painters—accidentally discovered that I had these hidden paintings and asked to see them. Then they were shown in London [at the gallery England & Co] and at Documenta 14 [in Athens and Kasel] in 2017. There was this tremendous interest in the rediscovery of these paintings. I began painting again because I was so sad that so much of my work had been thrown into the garbage.

El Paro (the strike), a painting recreated by the artist in 2018 after the 1977 original was lost Image: courtesy of the artist and Lehmann Maupin

You previously stated that many of these paintings were reproduced from memory.

Because I lost so much of my work, I decided to reconstruct the history of these lost paintings to create a sort of catalogue raisonné. I didn’t have a single photograph of many of those paintings but I had the memory of them. So I began creating what I call the “doubles”, or new versions of the lost paintings. Sometimes they’re created from incredibly fuzzy contact sheets and sometimes from my own recollection. The image is the same but with some alterations, of course.

Visitors enter the exhibition through a quipu, a curtain of knotted strings. What is the significance behind this placement?

The quipu is seen by archaeologists as an object pertaining to a dead culture [like the Inca and other Andean native peoples] that was destroyed by European invaders in the 15th century. From my perspective, I have redefined the quipu as a point in space, and I have inverted this object from an ancient culture into a living manifestation of a system of recording information with knotted coloured thread. The quipu is a way of letting people know that you’re entering another concept of space and time in relation to the cosmos.

What does the title of the show reference?

I began to define my work as “about to happen” in the 1970s. This is my view of how art exists: art is not what you think it is, but art is what is about to happen. It’s consciousness and awareness.