'I have no regrets': inside the collection of Alan Faena 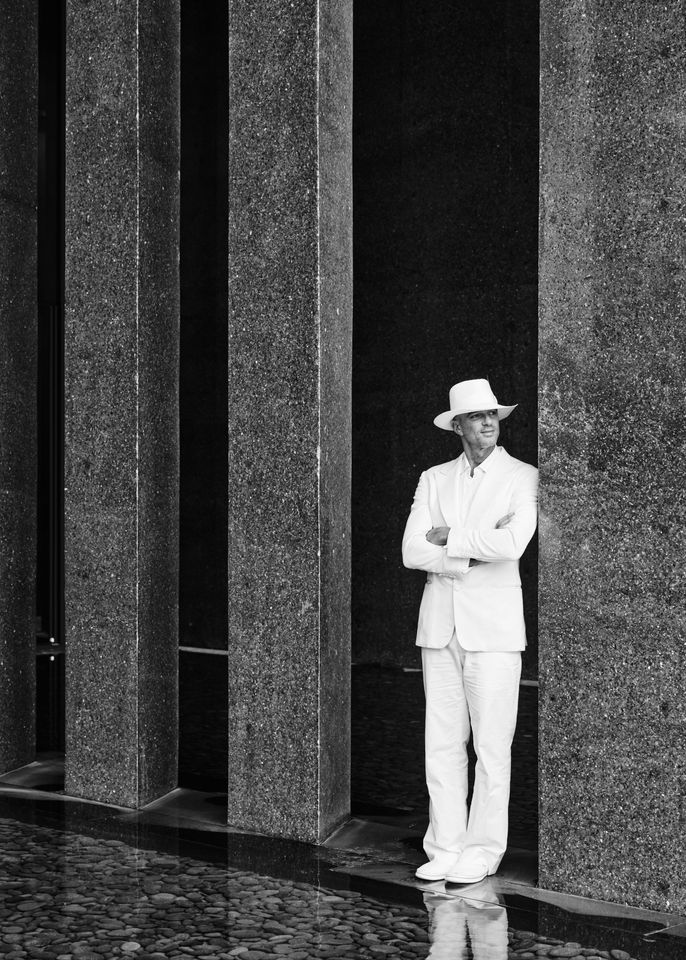 The Argentine real estate developer, hotelier and art collector Alan Faena began his career as a fashion designer and model but is best-known in the art world for launching the non-profit organisation Faena Art, which oversees the cultural initiatives of his Faena Group development company. In 2015, he opened the Faena District in Miami Beach, centred around the Faena Forum cultural hub, and last year launched the Faena Festival, a series of performances and public art hosted during Art Basel week. Faena calls the event: “the ultimate incarnation of my vision to create a platform to support artists, rebels and agents of change who inspire us”.

The second annual free arts festival (until 8 December) explores themes around spirituality and ritual in a series of new commissions and performances by artists such as Myrlande Constant, Zhang Huan and Yael Bartana. In his native Buenos Aires, Faena founded the Faena Art Center in 2011, a space with rotating exhibitions by contemporary artists. Faena is also a member of the Tate International Committee and the Leaders Council of New York’s New Museum.

Alan Faena: My first work of art was a carved wooden Buddha I bought when I was 16.

What was your most recent buy?

My latest acquisitions have been [the neon work] We Belong Here (2018) by the Bahamian-born Tavares Strachan, which will be shown in a public space outside the Faena Forum, and Untitled #2 (from the Double Face Museum Series) (2016) by the Israeli installation artist Naama Tsabar. Both are artists that Faena Art has engaged in its curatorial initiatives, and who I wanted to continue supporting. In my collection, there are a number of pieces by artists that have been commissioned to do major site-specific installations for Faena Art or for the Faena District public spaces.

I work with artists to commission monumental public works for the Faena Districts in Buenos Aires and in Miami Beach. Los Carpinteros’ streetlamp sculptures (Alumbrado Público) and Pablo Siquier’s monumental murals are in Buenos Aires outside the Art Center. A mural by Graciela Hasper in the Faena Forum in Miami Beach; Juan Gatti’s murals are in the Faena Hotel; and Gonzalo Fuenmayor’s works are in the guest rooms and public spaces of the Faena Hotel. I’m interested in art living in public spaces and commissioning at a grand scale so that the public can see and enjoy the work. Separately, of course, there are many works in my home by these same artists. The works I acquire are always works I want to live with, works that speak to me and that I respond to.

It would be the drawing my son Noa made for me when he was five years old, which I still keep in my room.

The best works are the ones that I respond to intuitively and that speak to me. The price has nothing to do with my connection to a work of art.

It was when I loaned the piece A Logo for America by Alfredo Jaar to Faena Art to exhibit in last year’s inaugural Faena Festival. The electronic billboard work was installed on a boat that moved along the waterways of Miami Beach and was visible to all beach-goers. It was an unexpected presentation of the work that fits really well with the overall curatorial vision of the festival.

I do not follow any collecting advice. I follow my instincts and buy what I love from artists who I respect and am moved to support.

I have no regrets.