Ella Fontanals-Cisneros: From Miami to the world 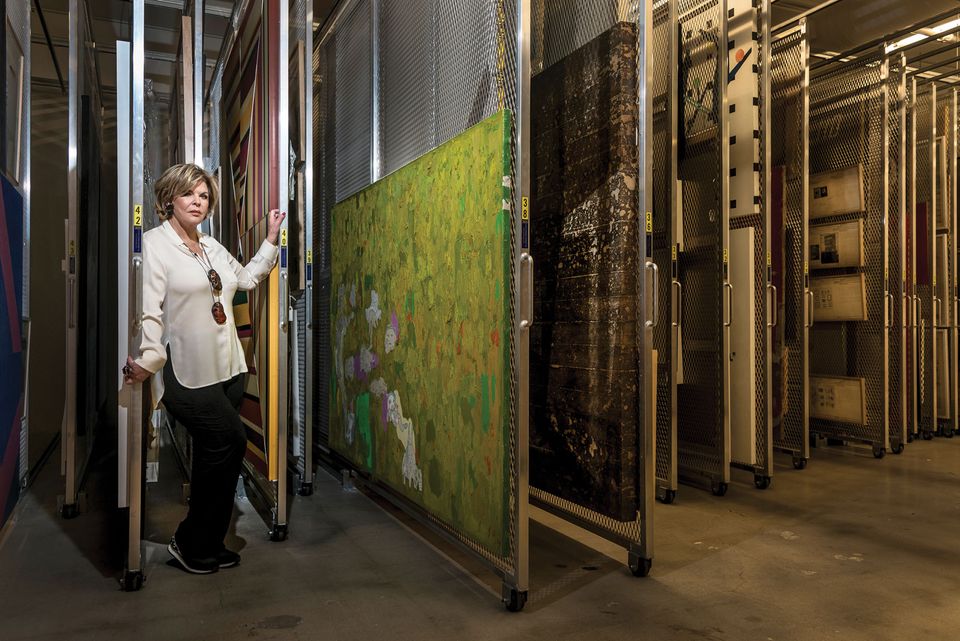 The Cuban-born, Miami-based philanthropist and collector Ella Fontanals-Cisneros made two big announcements in quick succession earlier this year. In January came the news that her Cisneros Fontanals Art Foundation (Cifo) in the Wynwood district of downtown Miami, an important presence in the city’s expanding art scene, will close its free-entry warehouse space after 16 years. Since 2002, the foundation has awarded grants of more than $1.5m to emerging Latin American artists and organised nearly 30 exhibitions, half of them drawn from Fontanals-Cisneros’s collection, which spans more than 3,000 pieces by Modern and contemporary artists such as Carmen Herrera and Cildo Meireles.

While Cifo will shift its focus to touring shows at partner institutions, Fontanals-Cisneros revealed in February that she will donate part of her collection of Latin American art to the Spanish government and to an unnamed US museum. The works for Spain will go to La Tabacalera in Madrid, a former tobacco factory near the Museo Reina Sofia, which will also stage exhibitions and events at the arts complex. La Tabacalera’s second floor will be refurbished as the Contemporary Art Collection of the Americas, dedicated to Fontanals-Cisneros’s works and those of another, still-unannounced international institution.

We spoke to Fontanals-Cisneros about her decision to move beyond Miami and share her collection with the world.

The Art Newspaper: Cifo has been an important presence in Miami’s private museums landscape since it was founded in 2002. Why close the exhibition space now?

Ella Fontanals-Cisneros: We’ve been in Miami for more than 15 years now, building recognition of the collection. Our vision was to promote Latin American artists, and emerging and mid-career artists, but in recent years I’ve been thinking whether or not the space is the best platform for the collection. My motivation now is to take the collection worldwide, where it can provide a much wider experience to a bigger audience than we have today.

What will happen to the Cifo building and its distinctive mosaic façade, designed by Rene Gonzalez?

The building will stay the same for now. Our foundation will also stay in Miami and we’ll continue granting commissions within a new office. We plan to move the offices to a new building in the Design District and bring the façade with us. We might have part of the collection open there, but we still don’t know.

How did the Miami art scene react to the news of the closure?

Well, it varied. Some people have called saying that they applaud what we’re doing to create a much wider experience for the public and provide more exposure for the artists. But some reactions were very sad. The directors of Art Basel said the public will need our exhibitions and we should do at least one exhibition during the fair. We’re still going to think it over this year, but we’re open to the idea. We’ve contributed to the cultural image of Miami and we still want to continue to present in the Miami cultural arena and the community. 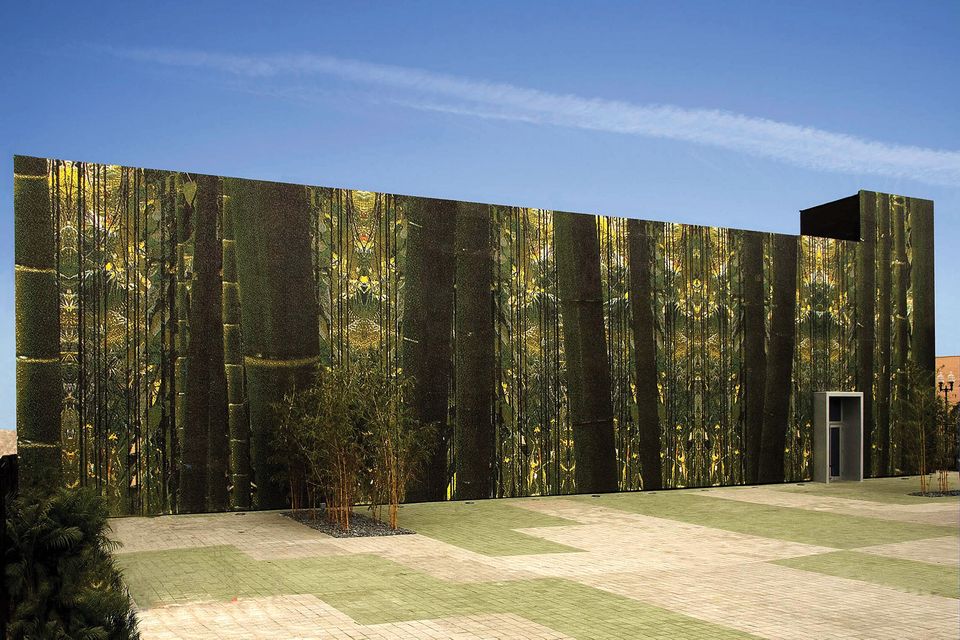 Will you continue to collect in the future?

Yes, we will continue collecting and that’s something I will always do. I have nothing to lose.

Around how many works will you donate to Spain?

We still don’t know. We’re now in the planning stages and will have around four months of negotiations with the government. I’m in the process of reviewing the Latin American collection to see what part we will donate, and the government still needs to make the proper documentation for all this.

How did the collaboration with the Spanish government come about?

It’s been a long process that started nearly seven years ago and we’ve already gone through three administrations [in different countries]. Originally, we were going to lend the collection to another administration, but that administration backed out and there were problems with the second too, after months of negotiations. Then finally the Spanish minister of culture took the plan into his own hands and we were able to sign the first agreement.

Where were the previous administrations and what made it difficult to work with them?

I won’t say, but you know how political things work. Things change and go back and forth. I didn’t have the patience.

Does the move to Spain have anything to do with the current US administration? In the past you have spoken about President Trump’s lack of interest in culture.

Where did you read that? I’ve never said that. This plan has been going on for seven years and Donald Trump was not even around then.

The Spanish secretary of state for culture has said that La Tabacalera will extend the so-called “golden mile” of museums in Madrid. Did this motivate your decision?

Yes, for many years we’ve been looking for that special place to hold the collection and there was never the right building. The Tabacalera is a huge one-block building, where we’re going to have the top floor plus half of the floor below, so we will have approximately 60,000 sq. ft. We will have the private collection on view, travelling Latin American exhibitions and programmes related to Latin American and American art. 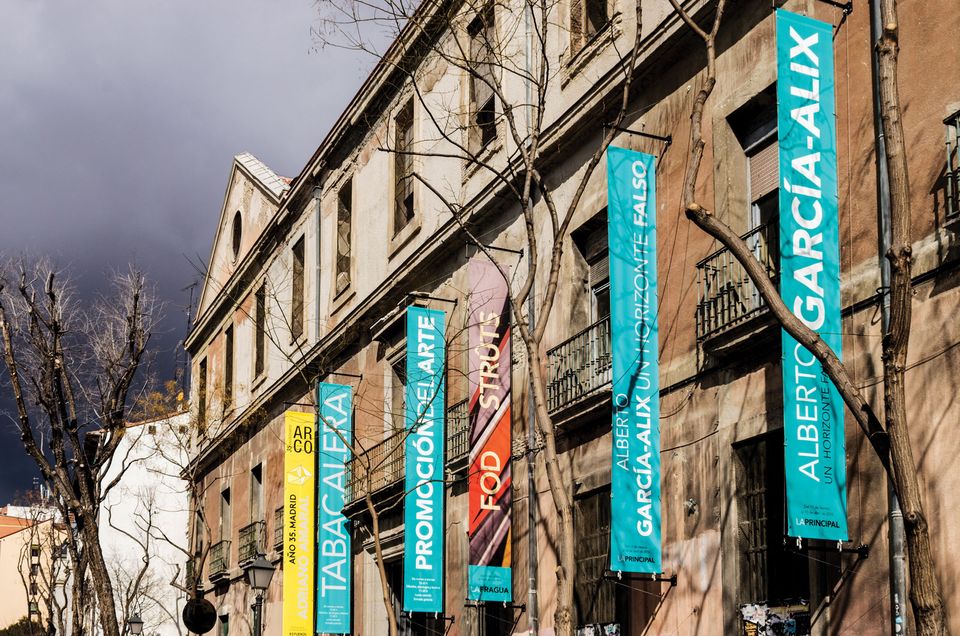 What are the next steps?

Over the next four months, we will work on a contract and make it final. What we did [in February] was actually a memorandum of understanding—we’ve agreed and now we’re working on the details. Even though the collection will be held by this institution, it will continue to travel in exhibitions, so that many people from all over the world can enjoy it.

Do you plan to make any further gifts after this?

Oh yes. I hope that our donation will be an example for other collectors to collaborate with us to make this a much wider space of Latin American works. I hope that this will be the beginning of something bigger.

What are your thoughts on the question of private museums outlasting their founders—should collectors be more willing to close down the spaces they have created to donate works to public institutions?

Yes, that’s exactly what we’re trying to do. I think this idea works better if there’s a big institution or a government behind it, because I just don’t want to leave the works in the hands of a museum that will keep them in a warehouse and then take them out every 20 years. I have not collected for more than 30 or 40 years for that. I want those works to be enjoyed by the public and to travel in exhibitions, and I want a promise from whatever institution that the works will continue to be available to view. I want to work with organisations that are going to keep the collection alive.

You have expressed that you don’t want to leave your children with the burden of something you started.

Yes, my children have all asked: “Mom, what are we supposed to do with this?” I want to leave some of the collection to my children and grandchildren, so that they will have some patrimony and meaning, but most of the collection is going to the public. My children have their own interests, and my grandchildren will too. I don’t think it’s okay for me to tell them: “Here’s some money and now you have to take care of the works and deal with museums forever.” Even my children, who are very close to my work and have been very helpful, might not want to do this later in life. It’s not nice for me to force them to do something they might not want to do.