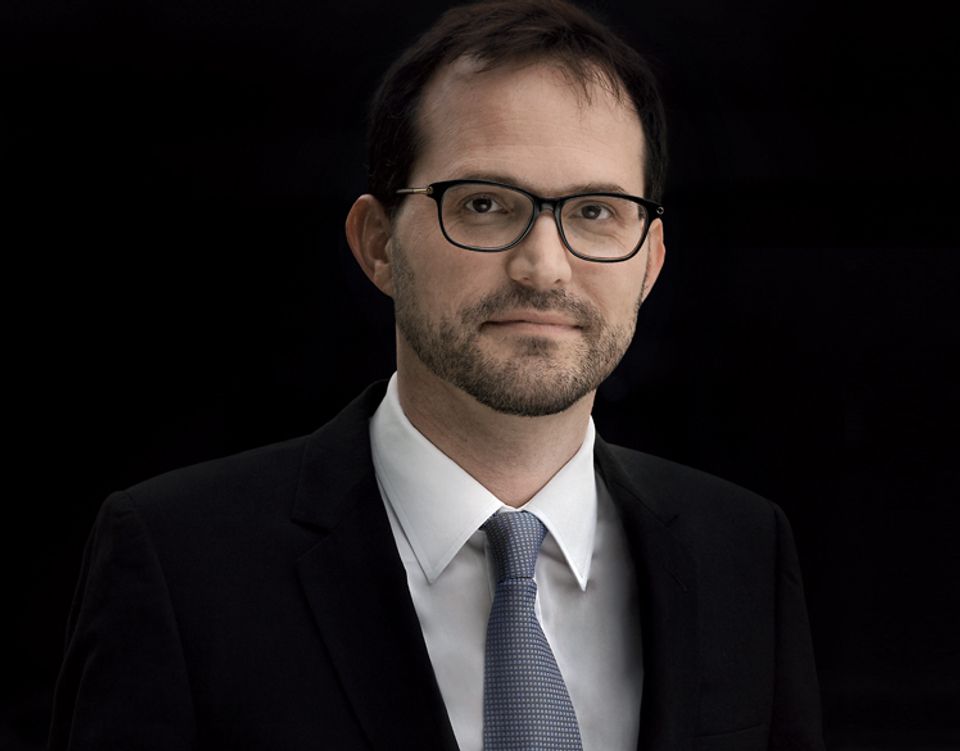 A consummate museum professional, Manuel Rabaté, 41, has been involved in the Louvre Abu Dhabi project for much of his career. He is a highly trained civil servant, who rose to become the Chief Executive Ofiicer of Agence France-Muséums (AFM), the organisation created in 2008 to run the project with Abu Dhabi. Late in 2016 he was appointed the Director of Louvre Abu Dhabi, which heemphasises will be the “national museum of the Emirates”.

The Art Newspaper: Can you tell us about the museum's planned exhibition programme?

Manuel Rabaté: Under a framework agreement signed in 2007, French museums will provide four exhibitions every year for 15 years. Each will feature a major show, a medium-sized show, and two smaller exhibitions. Loans to complement Louvre Abu Dhabi's permanent collection will be provided over ten years. Without giving too much away, we cansay that Jean-Luc Martinez, the President-Director of the Musée du Louvre,will be the general curator of the first major exhibition, which will focus on the Louvre in Parisin the 18th century and the creation of this universal museum.

TAN: Is contemporary art being given a new priority in the museum? Many of the works from the collection that have gone on show are decorative arts. Should Louvre Abu Dhabi be focussing more on the art of today, rather than what was envisaged at the start of the project?

MR: Louvre Abu Dhabi covers a long historical period from pre-historyto today, with the final galleries set to show Modern and contemporary art. We have commissioned works from artists including Giuseppe Penone and Jenny Holzer. Asking the latter to collaborate with Jean Nouvel, to build her work into the very ‘skin’ of the building is not decoration, it is the best way to illustrate the strength of her involvement. The Emirati-French cultural programme also commissioned works inspired by Louvre Abu Dhabi from four resident artists in the Emirates – two Emiratis, a Syrian and an Indian artist – which are being created in collaboration with French partners including the Manufacture Nationale de Sèvres for the ceramics and Beauvais for woven works.

TAN: I noticed that there is a building devoted to a centre for research. Who will help to establish this centre? Will it specialise in any particular area? Could it play a regional role?

MR: It’s one of the very important elements of the site. It will be a state of the art research centre, with links to universities and scholars locally, regionally and internationally.

TAN: How will the museum's administration work? Has a legislative framework been established?

MR: The Abu Dhabi Tourism & Cultural Authority (TCA Abu Dhabi), which operates like a culture and tourism ministry, is responsible for overseeing the museum. Within this organisation, Hissa Al-Dhaheri, my deputy, and I form a tandem, underscoring the alliance between the two countries. Otherwise, recruitment is based on skills, and appointments so far include people of many nationalities including a large number of French and Emirati nationals. The TCA Abu Dhabi has mandated us to open services and sign contracts. We have found some excellent people on the international market. The main managers have been appointed and are finalising their teams. We’re planning to keep a lean staff of up to 140 people.

TAN: One can guess the training of staff is crucial. How has this developed?

MR: One of our top priorities is the establishment of strong training programmes to build and transfer knowledge and expertise. Obviously, the time that will be needed to build capabilities and expertise will vary according to subjects. For example, the function of the curator is new in Abu Dhabi, so it will take longer to build up a corps of curators than, say financial managers, cultural mediators or technical support services – areas in which you can find excellent professionals in the Emirates. Programmes are being supported in Abu Dhabi by the Zayed University and New York University Abu Dhabi (NYU Abu Dhabi) as well as the Paris-Sorbonne Abu Dhabi. Nevertheless, we have several Emirati staff working alongside our curators, which is a testimony to the impact of the project already.

TAN: How will the relationship between France and Abu Dhabi fit into this structure?

MR: The AFM is today fully mobilised to support us in preparing the opening of Louvre Abu Dhabi. Following this, they will continue to advise on acquisitions, structure this mobilisation, and coordinate loans and exhibitions from France. But this may well be re-discussed and fine tuned after the opening – inevitably, adaptations and adjustments will be needed. What is most important though is the engagement of all the French museums associated with the project including the Louvre in Paris. Their contributions are essential to create the universal museum that will be Louvre Abu Dhabi.

TAN: Could AFM become more of a technical body available for all French museums wanting to develop projects abroad?

MR: As the Director of Louvre Abu Dhabi, it’s not for me to say. It must be remembered that Louvre Abu Dhabi is a national museum of the UAE, even if it has been developed in close collaboration with France. We should not forget that AFM was conceived specifically to develop the Abu Dhabi project, and has to remain totally committed.

TAN: Is there a link between Louvre Abu Dhabi and the other Emirates?

MR: It’s a national museum of the federation and has links with other museums, schools and universities, to meet its ambitious educational goals. There will also be loans from these museums on display in the galleries and exhibitions, in addition to loans from the Gulf and the region.

TAN: Does it play a part in the UAE’s diplomatic and cultural policy for the region?

MR: Abu Dhabi is following a strategy strongly favouring education, culture and tourism, and Louvre Abu Dhabi is one of the pillars of this policy.

TAN: After a number of attacks near the Louvre in Paris last year, what priority has been given to the new museum’s security?

MR: Although Abu Dhabi is without doubt one of the most secure places in the region, and the world, the protection of the museum and its visitors is paramount and we have built our security systems according to the highest international standards. The head of security was one of our first appointments.

TAN: It's been ten years since the contract for the Louvre Abu Dhabi was signed. What has delayed the museum opening?

MR: I think you need to keep some perspective on the project. Ten years to build a museum with a collection and building as original as Louvre Abu Dhabi, born out of an intergovernmental agreement, is no small feat. And keep in mind that construction only began at the start of 2013. This is on par with some of the grand cultural projects that have been undertaken in Paris.

TAN: How do you see the development of Saadiyat Island and the reorientation that has taken place since the world financial and housing crisis?

MR: The development to date is extremely impressive. There is already NYU Abu Dhabi, a school, houses and villas, an exhibition centre and a golf course, as well as essential infrastructure for tourists, including world-class hotels. We are very much looking forward to Louvre Abu Dhabi being the first museum to open on Saadiyat Island. 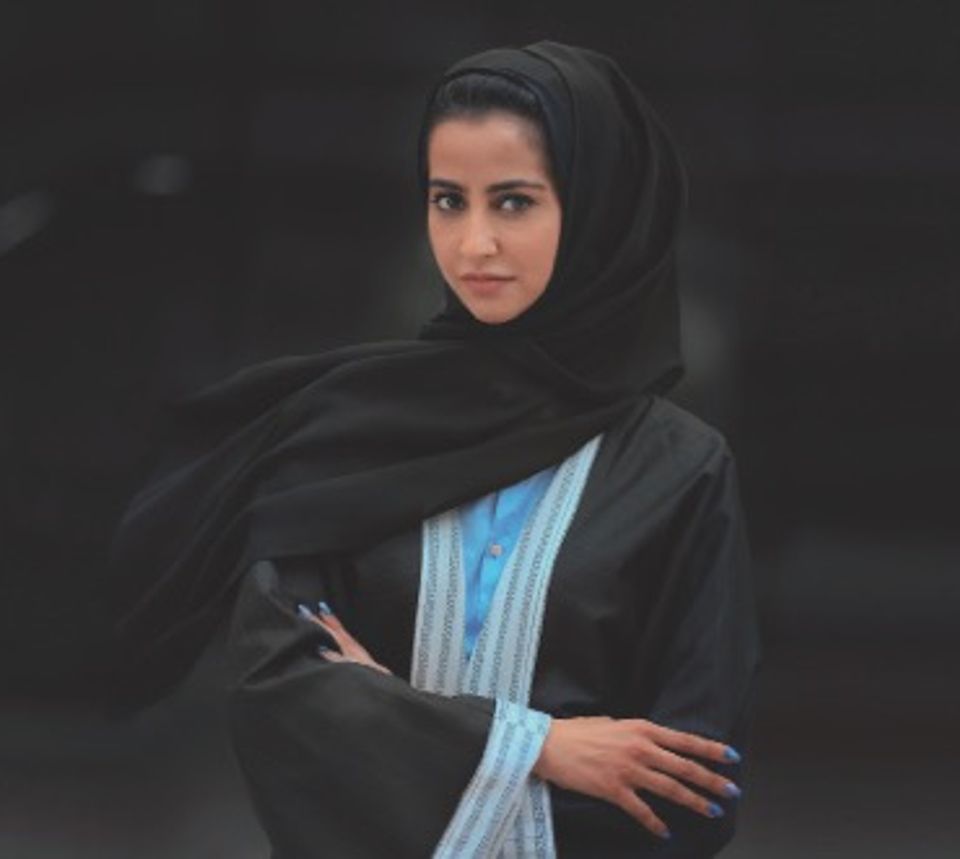 It is not advisable to waste the time of Hissa Al Dhaheri, deputy director of Louvre Abu Dhabi, with the usual stereotypes relating to the role of the sexes in Arab world. Here’s what she wrote in her satirical Q&A column for The National newspaper in 2010:

“Q: I don't understand why tourists ask absurd questions about our culture…I always have to answer the question of why men wear white and women wear black.

A: Fulfil your interrogator's need to find clues and codes, or try to perpetuate their already preconceived stereotypes. You could try saying that women dress in black because it symbolises their suffocated, subordinated status and the darkness that engulfs them; while white, the colour of the men's kandura, is to symbolise their angelic status and their unique ability to see the light. The egal (the black rope around the head) is, obviously, a halo.”

In fact, women’s education has been a priority since the UAE was founded in 1971, and now three times more Emirati women are in higher education than men. Al Dhaheri, who comes from a prominent Abu Dhabi business family, has her first degree in international studies, from Zayed University in Abu Dhabi, and her MA in Gulf studies, from Exeter University, UK. She taught humanities and history courses at Zayed University, with emphasis on the relationship between local contexts and global forces, and was an early joiner of the Louvre Abu Dhabi team that has been working on the museum’s programmes over the past decade.

Al Dhaheri describes herself as a cultural observer, so issues of national identity and gender are naturals for her. Her special interest, though, is education, and in an interview with The Art Newspaper, she emphasises the educational role that the museum already has, and will develop even more as the schools across the whole UAE integrate their teaching with that of the museum.

She says, “We want to use the collection to educate across different subjects in a multidisciplinary manner. There is no reason why objects in from Louvre Abu Dhabi’s permanent collection cannot be used as a tool for teaching science or mathematics; we don’t want to limit ourselves to the arts or world history”.

Louvre Abu Dhabi has already produced toolkits for teachers that can be used in the classroom and the museum, and has involved numerous local educators. “In the last few years, we have been stimulating a sense of anticipation and planning for the opening of the museum by offering the public access to what will be inside it”, she says. “Our leaders are working towards transforming the country into a knowledge-based economy, promoting innovation, research and development. Louvre Abu Dhabi is a major part of the UAE 2021 National Agenda”. By Anna Somers Cocks and Gareth Harris