The UK artist’s solo show at Somerset House remembers a collaborator after his suicide, and also explores how we process grief and trauma 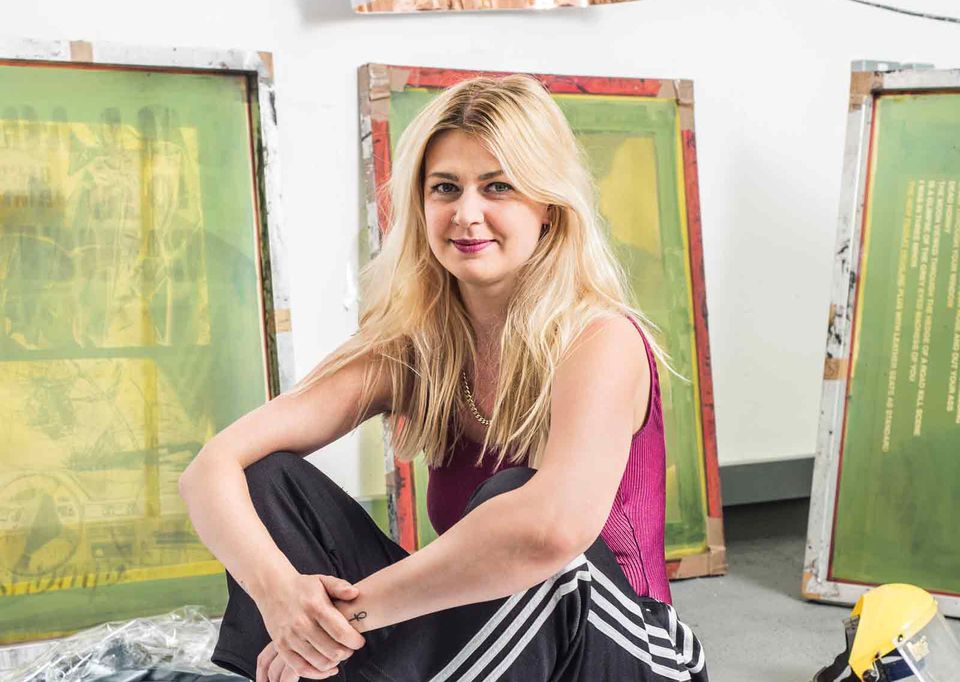 Car engines rev, orchestral strings hum and a voice asks: “Could I have said one small thing to make you happy?” Exploring mental health and experiences of memory, trauma and loss, the UK artist Hannah Perry’s immersive 360-degree film installation Gush (2018) at Somerset House is part of her solo exhibition of the same name. The themes strike a personal note for the artist whose best friend and artistic collaborator Pete Morrow took his own life in 2016.

Morrow is remembered in the striking film through his writing, which partly inspired the script for the soundtrack made in collaboration with the musicians Mica Levi and Coby Sey. How trauma and shock can gradually damage us is evoked in a series of hydraulic sculptures that dance around each other, occasionally crashing together, slowly destroying their pristine finish. Perry is an artist-in-residence at Somerset House.

The Art Newspaper: Can you explain how your film Gush addresses the recent suicide of your friend and artistic collaborator Pete Morrow?

Hannah Perry: Pete Morrow and I met at Goldsmiths, University of London, where he was studying English literature and music, and I was studying art. We became very good friends both personally and creatively. We first collaborated formally when we performed together as part of LuckyPDF TV for Frieze Projects in 2011, which was organised by [now Goldsmiths CCA director] Sarah McCrory. Pete and I worked together many times on sound works and live performances. But really, we were just great friends.

This body of work discusses loss and trauma. There are many reasons why we might feel a sense of loss or despair. In my case, it was a loss of a best friend to suicide. I wasn’t prepared for the trauma or the horror of it all. [It was] violently shocking in its extreme.

The work is a way of understanding and looking at what happened in some sort of context, and in a lot of ways it also feels like a way of collaborating with him again. The show looks more broadly at mental health, which needs to be normalised, and how this is often gendered. I wanted to make this work because it was important to me and personally meaningful. I am just sad he isn’t around to see it. 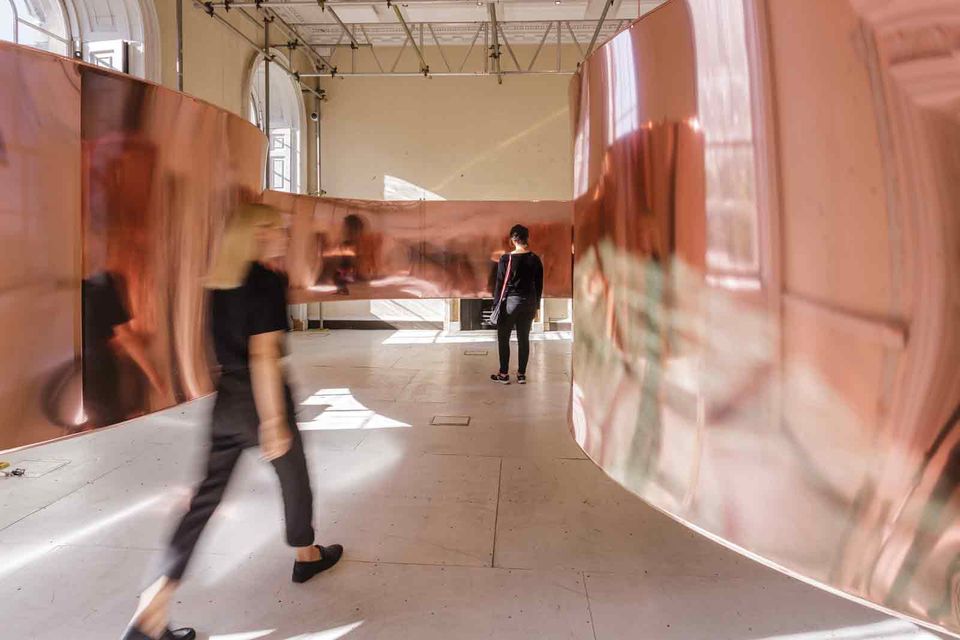 How was your work influenced by the workshops you did with young people from London South East College, Greenwich?

I love working with young people, they are somehow more blunt and honest. In a way, a lot of my work is grounded in the physical experience of emotion and somehow it is more clearly visible or accessible to young people. All our vulnerabilities are deep rooted in this childlike space. We ran workshops and looked at how young people understand mental illness, grief and trauma, how they negotiate it and make sense of the world. We looked at internet memes, dark humour and irony, and mapped out coping mechanisms. Normal was a word banned from the room.

Tell us about your collaboration with the musicians Mica Levi and Coby Sey.

The first session was with Mica and the London Contemporary Orchestra. We set the tone and Mica would start to play and the orchestral players would follow. The second series was with Coby, where we continued to develop the musical arrangement. It was more like jamming sessions than formal scoring. An important part of the process was when I would read notes from Pete’s poems and the musicians would respond intuitively. It became an organic process, a lot of it was informed by our discussions, but some elements were happy accidents and unfolded naturally.

A lot of your work incorporates car modification parts and techniques. Did this interest come before you started making works of art?

I’m drawn to the aesthetics around car culture for many reasons. It comes from a fascination for mapping the ethos of masculinity. I always wanted to explore how cultural constructions of masculinity emphasise masculine powers and excludes women. Recently, I have been exploring new directions with the aesthetics, looking at car crashes from a metaphorical point of view: suspension, shock absorbers, collision, rupture and traumatised metal. For this exhibition, I am developing new hydraulics sculptures, coming from this idea of crashing and colliding, somehow translating movement or dance to metal forms.

How did the idea for the show’s immersive film, created using a custom-made 360-degree camera, come about?

I was interested in the way the 360-degree camera offers the possibility of embodying different subject positions. The soundtrack for the film is sometimes narrated in the first person, but mainly in the third. The perspective also changes from first person both within the written prose and point of view to more cinematic angles.

In one section of the film you are in the middle of colliding bodies. I used a custom 360-degree camera rig inside a clear pole-dancing pole [to film the female and male] dancers’ hair, crotches and limbs swinging around. Other times in the film, you are in the street. The camera’s elliptical aesthetic reinforces the immersion. This camera also allows me to create an immersive experience that hovers between video and performance. For parts of the video, I created a special rig that would blur and alter the image, and filmed a choreographed performance around it. I was also interested in distorting perception and using the 360-degree technology in a different way. It is usually used for high-resolution film and I wanted to explore how it could be transformed.

Has London changed for young artists since you graduated from art school?

It was hard then, it’s even harder now.

• Hannah Perry: Gush, Somerset House, until 4 November; a performance created especially for the exhibition will take place at 7.30pm on 5 October