How can museums speed up the return of art looted during the Nazi era? 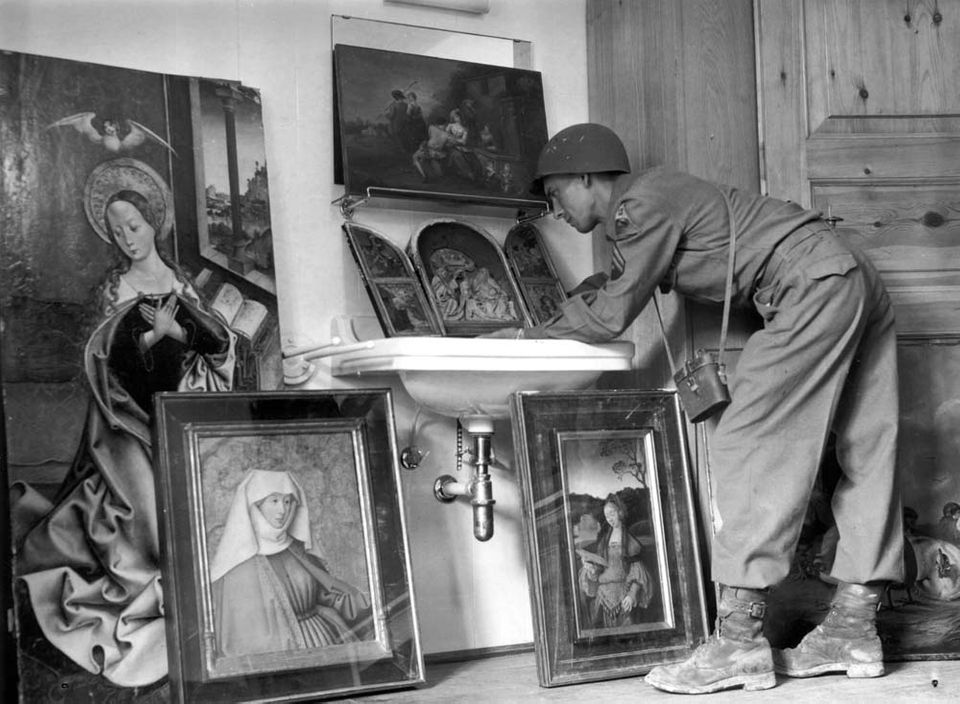 The UK government has announced it will strengthen its commitment to the restitution of Nazi-looted art by indefinitely extending the Holocaust (Return of Cultural Objects) Act of 2009. On 12 September, international experts will debate how the process can be accelerated at London’s National Gallery, which is hosting the conference 70 Years and Counting: the Final Opportunity? We spoke to Anne Webber, one of the panellists and the co-chair of the Commission for Looted Art in Europe, about what has been achieved so far and what needs to be done to secure justice for the heirs of works expropriated by the Nazis.

The Art Newspaper: Why is the renewal of the Holocaust Act important?

Anne Webber: Before the act was introduced in 2009, UK national museums were statute-barred from de-accessioning art. The act made it possible for museums to implement restitution rulings from the Spoliation Panel following successful claims.

The act was given a “sunset clause” of ten years in 2009, because it wasn’t clear how long the process would need to continue. It quickly became apparent that the ten-year period wouldn’t be sufficient, because claims are still pending and provenance research is still ongoing and that work will not be completed by 2019. The government now plans to extend the act indefinitely.

There are currently no cases before the UK Spoliation Panel. Does that mean its work is done?

The Spoliation Panel hasn’t had claims for some time, but that is not because there are no looted works in British public collections. More claims are likely to be forthcoming—new evidence and new resources to identify works of looted art are becoming available all the time. In France, archival records from the relevant period are now fully accessible, together with an excellent finding aid. Belgium has produced an excellent finding aid for its archives. In Austria, the General Settlement Fund has created a finding aid setting out for each individual what documents are available in which archive. On the trade side, more Nazi-era dealer and auction records are being digitised, and these are very important for provenance research.

Far from the process coming to an end, the opposite seems likely to be true, that there will be more cases internationally rather than fewer.

Is Britain also hoping to set an example to other countries?

From the war-time period [on], Britain has been very much at the forefront on these issues. UK government commitments to reverse the dispossession and spoliation that took place under Nazi rule were very strong, as first expressed in the London Declaration of 1943.

Since then, Britain has shown a continuing commitment to providing justice for those expropriated by the Nazis. Even before the Washington Conference of 1998, [UK] national museums established a statement of principles on due diligence and provenance research and set up a committee to oversee that work. Britain established a national claims process in 2000, which has perhaps been the most exemplary—it has clear terms of reference and clear rules of procedure. It has produced full, transparent and accountable reports on its decisions. That is not necessarily the case elsewhere—and there are only four other panels worldwide [in Austria, Germany, France and the Netherlands].

How much are UK museums doing in terms of provenance research?

Each museum set out an action plan [in 2000], describing what its collection consisted of and defining high-priority areas. Over the years, there have been issues of a lack of resources or people moving on in the museums and knowledge being lost. But now there is a strong and revitalised spoliation working group within the museums and the government is providing a post for an adviser on provenance research for all the museums.

How does this compare with other countries? The German government, for instance, gives museums several million euro a year for provenance research.

It’s a question of transparency, making it possible for people to find and identify their lost works of art. In the UK, the museums publish works that have provenance gaps from 1933 to 1945 but which may not necessarily be looted.

The opposite approach is to say we are not going to publish any works until we have filled absolutely every gap in the provenance; that prolongs and delays. We would like to see Germany, for example, publishing annual reports showing the works they are investigating and the works they have returned.

Of the 44 countries that committed at Washington to undertaking and publishing provenance research, most haven’t done it, the museums of France, Italy, Spain, Belgium among them. If the conference could produce guidelines on how to publish works with gaps in their provenance, on sharing standards and knowledge, that would accelerate the process.

What about private collectors? Has there been any progress in encouraging them to come forward, and what still needs to be done?

In such cases, it’s important not to create two sets of victims. You want to find solutions which are equitable for both parties. Should governments consider a compensation fund derived from a tax on art sales?

Germany has set up an excellent initiative to provide funding for private collectors who want to investigate their collections. This could happen elsewhere, for example Austria, where dealers say there are families who have held collections for decades and only sell privately, if at all. It would be good to encourage them to come forward to have their collections researched—confidentially if necessary—so that fair and just solutions can be found.