‘I won’t be bringing in a load of artists’: Tim Marlow on leading the Design Museum 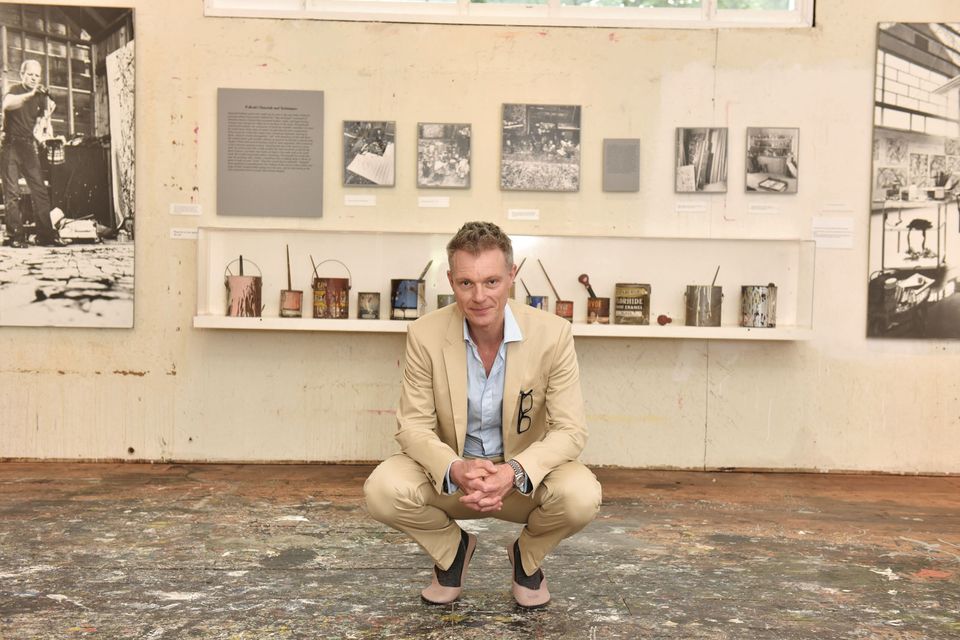 Before serving as the Royal Academy’s artistic director, Tim Marlow, who is also a broadcaster, spent a decade at White Cube © Jared Siskin/Patrick McMullan via Getty Images

Tim Marlow will not be filling London’s Design Museum with contemporary art, he tells The Art Newspaper shortly after being named as the new director and chief executive officer of the institution last month. Marlow, who has served as the artistic director of the Royal Academy since 2014, will be replacing Deyan Sudjic and Alice Black who are standing down as co-directors. “If people think that I’m going to bring in a load of artists to try and do things around the boundaries of design, then they’ll be disappointed. Because that’s exactly what I’m not planning, as much as I’m planning anything at this stage.”

Although Marlow’s role at the Royal Academy included overseeing its architecture programme, his appointment to the Design Museum has been something of a surprise nonetheless. He is more closely associated with the contemporary art world, not least due to a ten-year stint at Jay Jopling’s commercial gallery White Cube, where he was a partner and in charge of exhibitions.

“I’ve reached a moment in my life where I wanted a new challenge, and the Design Museum offered an irresistible one. The combination of the listed building in that part of London felt like a provocation.” The museum is in Kensington and occupies the former 1960s Commonwealth Institute, a grade 1 listed building reconfigured internally by the architect John Pawson.

Marlow, who has also fronted a number of television programmes including a series on JMW Turner, says that his first concern is to spend time in the building and with the people already working there, once he joins in January. “I don’t know what the big change will be; it’s too early to say,” he says. “But there are obvious considerations around how to animate the building in different ways. There’s much to be done in talking about design in its broadest sense. It’s so central to who we are as human beings and to our culture.”

“I think it’s a clever and bold decision to appoint Tim,” says Farshid Moussavi, the London-based architect and Royal Academician who has worked closely with Marlow. “The job is about activating the museum and championing the relevance of design. He has experience of running fantastic shows at the Academy, including [the one on] Ai Weiwei. He has an understanding of audiences and space, and artists. I love the idea that he can question design and its role from a fresh perspective, and—as contemporary reality is presenting designers with new problems—he can emphasise the value of creativity over problem-solving.”

Ron Arad, the celebrated Israeli designer and Royal Academician, agrees. “If the appointment means the Design Museum will be less compartmentalised, it’s a good thing,” he says.

Potential candidates are rumoured to have included Sam Thorne, the director of Nottingham Contemporary, and Yana Peel, the former chief executive officer of the Serpentine Galleries, rather than people within the design community. Apparently one of the qualities sought was “emotional resilience”: the museum relies almost entirely on private money, with a remit that is slightly squeezed by the presence of the Victoria and Albert Museum just down the road. Last year, Sudjic and Black got into hot water by renting its event space to the Italian defence company Leonardo for a party.

Perhaps the biggest question surrounds the narrow demographic from which London’s museum directors seem to be chosen: privileged, white, fifty-something men. “Tim Marlow is a brilliant artistic lead and the Design Museum needs someone dynamic like him at its helm,” says Priya Khanchandani, the editor of Icon Magazine. “But we must not forget that the opportunity to become brilliant isn’t available to everyone. Even today, only 17% of managers in the design sector are female.

“Museums are meant to be places of thought leadership that seek to challenge the status quo. They are notoriously monocultural at a senior level; and if that doesn’t change, frankly they risk becoming irrelevant to cultural discourse.”