Interview with Madeleine Grynsztejn: 'A great art work and a great museum do the same thing—they raise consciousness'

The director of the MCA Chicago, which turned 50 this year, talks about how museums build citizenship—and soft power 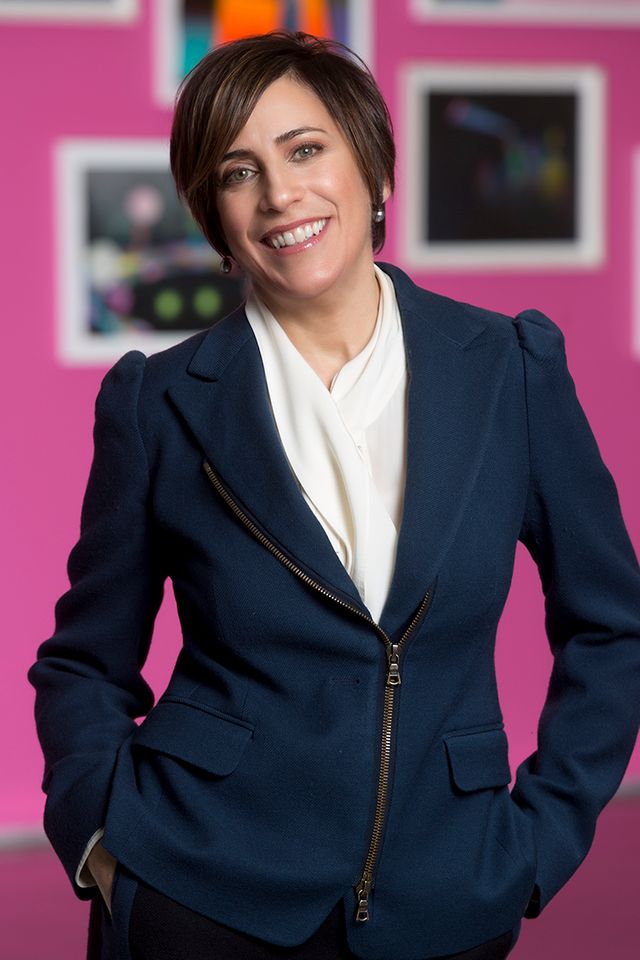 The Museum of Contemporary Art (MCA) Chicago celebrated its 50th anniversary this year with a $16m overhaul of its building and a successful $80m capital campaign, but also a “first”—splitting the inaugural Sotheby’s museum prize with the Nasher Museum in North Carolina. The MCA’s director Madeleine Grynsztejn spoke with The Art Newspaper about the importance of the prize, which will underwrite the future exhibition Many Tongues: Art, Language and Revolution in the Middle East and South Asia, due to open in October 2019, and how this ties into the role of museums in a turbulent 21st century.

Could you tell me about the Sotheby’s prize?

Sotheby’s in its wisdom identified a gap in the funding world in the sense that it was especially challenging for museums to underwrite truly ground-breaking scholarly research, because it’s a paradox that funding agencies tend to fund what is already at least a little bit familiar… We’re the only one that has committed ourselves to presenting a survey in the United States of Post-war art in the Middle East and Southeast Asia. This is part of a larger ambition and action that we are undertaking to be a pioneer in a more cosmopolitan point of view that course corrects what tends to be a Euro-American focus in museums in the United States, and hopes to introduce previously less [emphasised] art history to a large public—who then hopefully, in turn, becomes more curious and empathetic towards regions that they might not otherwise be—which is at the end of the day, the point.

What role do you think museums can play in an environment of the “Muslim bans”?

Today and tomorrow and in 50 years—we have two jobs: visual literacy and citizen-building. What other entity can you think of other than a museum with a capital “M” that has the capacity to truly educate us all in visual literacy—which is the number one “soft power”, “new economy” 21st-century skill? And the paradox, and the irony—this is happening at the same time that arts are being practically completely stripped out of the public-school system.

Number two, citizen building… The way that we are doing that at the MCA is by focusing on our youth, by building a global vision, and by building a civic space. There is no way you can tell me that people are not hungry for civic dialogue.

The way you get to a more cosmopolitan viewpoint is by starting with your staff—your intellectual generators. I hired very deliberately towards a more diverse and inclusive staff… that in turn will naturally lead to an internationalised programme. We’re also globalising our board [and] globalising our acquisitions because the permanent collection is the soul of the museum.

You want people to visit museums, but at the same time, there are exhibitions that are maybe not as appealing to the public, but do generate a lot of scholarship. What is the importance of those kinds of shows?

We are a museum. We are dedicated to evolving art history, so we are dedicated to creating what I call “position paper” exhibitions, that are probably not popular, which is why Many Tongues’ underwriting by the Sotheby’s prize is so critical.

The MCA sweet spot is an exhibition that is rigorous and scholarly, and beautiful and accessible. You can do both. We did both with David Bowie. We did both with Doris Salcedo. We did both with Kerry James Marshall. There are exhibitions where we need to provide more or fewer points of contact and interpretation with our audiences… But never will I do an exhibition for the sole purpose of being popular. What I have done since day one is commit myself to showing you what you don’t yet know you love.

What about your relationship with artists, such as Chris Ofili, who [designed] the MCA’s new restaurant?

The museum is a tool for citizenship and for visual literacy… But at the same time, the museum is also a joy machine. It’s a wonder maker. And it’s never, ever not grounded in art.