The British film-maker draws on childhood experiences of growing up in the shadows of the Battersea Power Station in his latest project, Purple

The London-born film-maker John Akomfrah is not one to shy away from difficult subjects. Since the early 1980s, he has tackled issues ranging from colonialisation to the fate of migrant diasporas worldwide. In 2015, he took on the whaling industry and its barbaric practices in a three-screen film installation, Vertigo Sea, which was shown that year in Okwui Enwezor’s exhibition, All the World’s Futures, at the Venice Biennale. His latest project is an epic undertaking, even for Akomfrah. Purple, on show in the Curve at the Barbican (6 October-7 January 2018), is a six-channel video installation that gives the artist’s own nuanced, penetrating take on the insidious threat of climate change.

The Art Newspaper: Is this your most ambitious project to date?

John Akomfrah: Yes, technically, physically and psychologically, this is probably the most challenging thing I’ve ever done. I’ve been in on shoots or in countries or environments that are slightly more challenging but this, as a total Wagnerian project, is probably the most ambitious. I have not worked on this number of screens for a long time so I’d forgotten how demanding and difficult it was to make this many screens converse with each other. The main section is taken up with six screens, and I’ve got triptychs at the beginning and sculptural pieces in the middle. The space is an aesthetic and curatorial challenge; you have to take it on its own terms, otherwise it overwhelms and crushes you.

Did you make it with the Curve in mind?

From the outset, it was clear that unless it worked with, and in, the Curve there was no point in doing it. That was the commission, that is what kickstarted the whole thing. We’ll reconfigure it for other spaces. [Purple will also be shown at venues that co-commissioned it: Bildmuseet, in Umeå, Sweden; the TBA21-Academy, Vienna; the Institute of Contemporary Art, Boston; and Museu Coleção Berardo, Lisbon]. 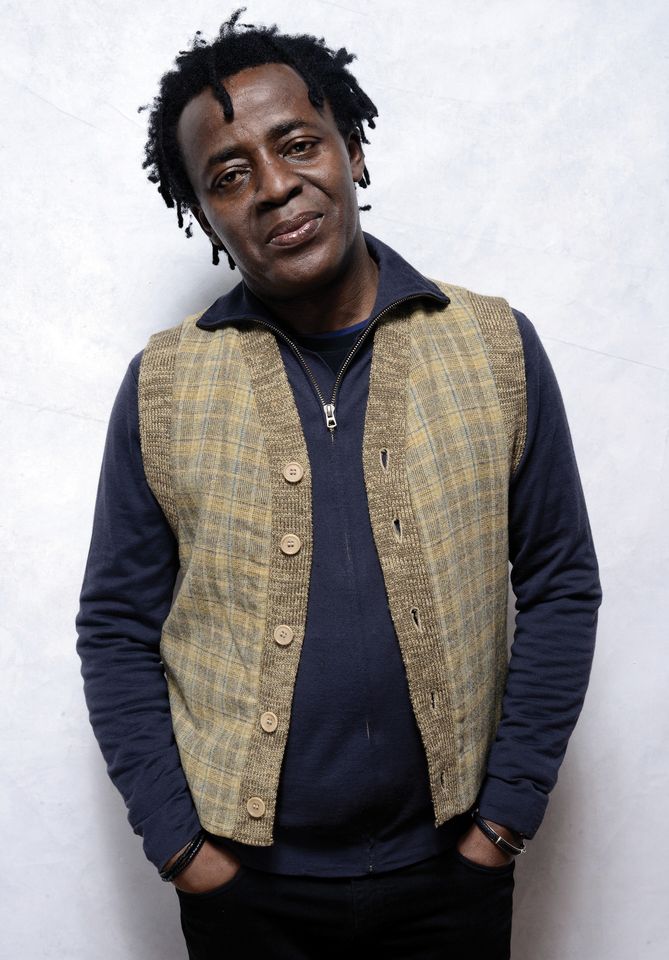 Climate is a huge topic. Where did you start?

I wanted to leave a diary of the places and spaces in which I’ve grown up. [It was] a way of coming to terms with my childhood in Britain. I grew up in west London, in the shadows of the Battersea Power Station, at a time when it was in full flow. I remember feeling and sensing that the space we were in was dangerous, but I don’t remember anyone saying we were being collectively poisoned. And yet it formed a sort of unspoken narrative that defined and determined how our lives were led. It’s been a way of slowly coming to terms with this world that has formed me. I’m coming at this as a sort of autobiographical piece; it makes it easier to conceive and execute.

Yes, without the concerns that infused and informed Vertigo Sea, I wouldn’t have been able to do this. I think Vertigo gave me a sense of the way different themes can be brought into a conversation. It is a jumble of obsessions and fascinations that go back decades. Trying to find a way of getting them all to speak in relative harmony is the thing that Vertigo has licensed for me.

Tell me about the structure.

It is divided into five key movements, each of which deals with a facet of our modernity, such as [the threat of] carbon monoxide and [rising] sea [levels]. So each is distinct in the sense that it has a specific focus but they also overlap as characters move across all five. And then there is an epilogue. It is not as convoluted as it sounds.

It includes a mix of archival footage and newly shot film.

In terms of the archival material, let’s just say that some “old friends” from earlier projects will make an appearance but in a slightly different guise; we’ve made some new transfers and so they will look very different. And this is married with new material that was shot in 12 cities and countries: East Anglia, Greenland, New York, Mumbai, rural Scotland and Tahiti. There is a lot in there. There is also material from the Marquesas—the islands that Gauguin visited.

“Technically, physically and psychologically, this is probably the most challenging thing I’ve ever done”

Is it a more subtle analysis of climate change?

I always start with the idea that I might make something more explicitly and polemically “on message”, but I somehow always end up in this “reflective mode”. The idiosyncratic way in which I think and function takes over. So, yes, it is about climate change, but only in the way it makes sense to me at the moment. I’m not Al Gore or Leonardo DiCaprio, however much I might want to be them when beginning a project like this.

Did you make any shocking discoveries?

Yes, certain visual motifs really surprised me. For instance, in everything I looked at from the past, especially footage shot in Europe or the US in the 1950s and 1960s, there is this film over everything you see. Slowly it dawned on me that it’s all smog, all carbon monoxide in the atmosphere. Basically, when you watch archival material from the 1940s to the 1960s—shot in places such as Manchester or the Ruhr regions of Germany—what you are watching most of the time are images of people living with this permanent stench of carbon monoxide poisoning, smoke everywhere. There is this green monster in the background of these documentaries. That was the background to our lives—it was the stage on which British lives unfolded.

So, this was how centres of industry developed in modern Britain?

Exactly. And then it all starts to make sense. We can begin to understand the human and ecological climatic cost of being an industrial power. It’s about trying to explore those questions.

Do you feel pressure to keep raising the bar with each project?

I have wondered that. I honestly don’t think so, but it’s clear there is a dialogue between the commissions and what I’m asked to do. If you get asked to make something for the Curve, there’s only one way to go, and that is to try to find something that talks to that space. I can’t imagine I’d want to continue ramping it up this way. This has taken quite a bit out of me. I suspect there is a mix of ambition on my part, and also the demands made by different commissions.

about 3 hours ago
What happens if you cross breast milk with celluloid? Enter the weird world of handmade film