With his immersive installation, the artist wants to raise awareness of climate change 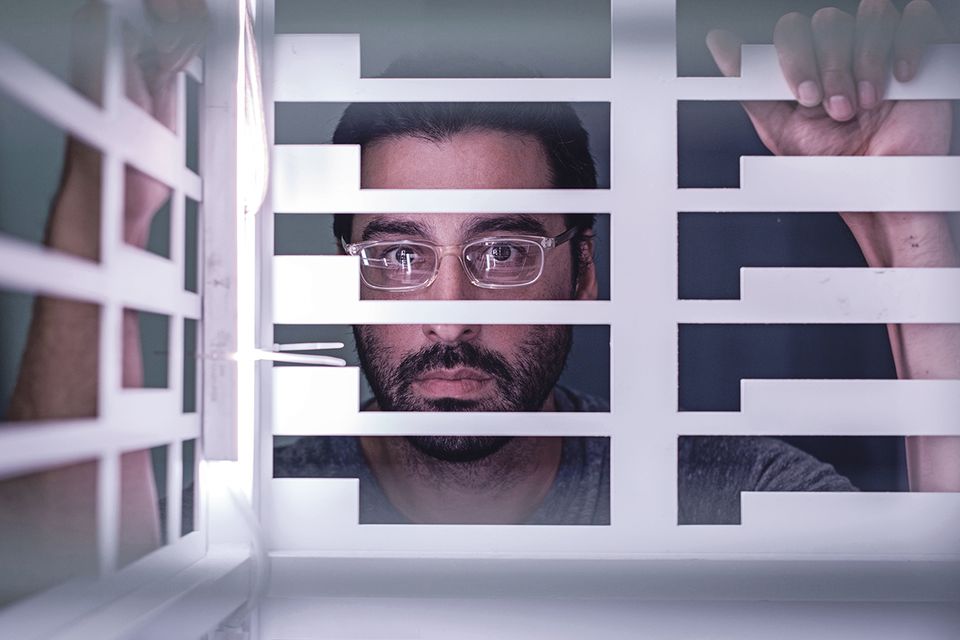 Lars Jan working on Slow-Moving Luminaries, his installation for Art Basel in Miami Beach courtesy of the artist and Audemars Piguet

On the heels of one of southern Florida’s most destructive hurricane seasons, the US multidisciplinary artist Lars Jan has built an immersive, multi-level pavilion on the Miami Beach oceanfront that addresses climate change. The third recipient of the annual Audemars Piguet Art Commission, Jan’s piece, Slow-Moving Luminaries, was organised with Kathleen Forde, the artistic director at large of Borusan Contemporary in Istanbul. It follows the artist’s presentation of the performative installation Holoscenes at MDC Live Arts in Miami in 2015. That piece, which considers society’s general indifference toward climate change, showed actors going about their lives—playing the guitar, cleaning and so on—while submerged inside an aquarium. We spoke to Jan about Slow-Moving Luminaries and the power of activism in art.

The Art Newspaper: Does showing eco-centred works in places where the effects of climate change are palpable pack more of a punch?

Lars Jan: There’s definitely a dark irony to it. When we installed Holoscenes in 2015, Miami was dealing with storms and flooding and we were sometimes ankle-deep in water. Florida in general is a place that’s been consistently unreceptive to using the term “climate change”, even in state documents, although I think that most people now, especially art audiences, are incredibly aware of the nearness of what, in most places, seems like a long-term problem. Here, it’s clear that climate change is not only on the horizon but that it has been problematic for decades, although public consciousness is only now moving in the direction of acknowledging and addressing the issue. It’s a really fragile and interesting place to set a work like this.

Holoscenes was inspired by Daniel Berehulak’s photographs of people fleeing a flood in Pakistan in 2010. Did a particular image similarly inspire your new project?

Before I had my first real meeting in Le Brassus, the home base of Audemars Piguet, I was making small talk about the weather. We were in this gorgeous mountain valley and someone said “we get a lot less snow than we used to”. At that point, I felt this connection between the Swiss mountains and coastal Miami—a material connection between the idea of the glaciers melting in Switzerland and the waters rising in Miami. After that conversation, before I knew much about the commission, I had a visualisation of coastal contemporary architecture rising and falling out of the water.

Can you walk us through the new pavilion?

The lower level is made from scrim panels, so you can see most of the installation from the boardwalk. Inside, there is a labyrinthine pathway, and minimalist sculptures, reminiscent of the architecture of coastal cities, are pushed through the space on scissor lifts and toward skylights, eventually disappearing into the lights. Across from the sculptures is reflective glass so you can see the buildings rising and falling and the silhouettes of other people in the pavilion as well as your own image. You also pass images of the surf, which I shot in Malibu.

On the upper level there’s a viewing deck that looks back to the pavilion you just walked through, but everything is covered with a water-like scrim roof. The buildings appear to fall and rise from the water, with the beach-front skyline and open ocean in the background. Above the viewing deck are two orange flags [bearing] an international distress symbol: a black square and a black circle. You also pass a three-minute video projected on the back of the pavilion, which shows a slowed-down version of the surf in Malibu crashing into one of the sculptures. 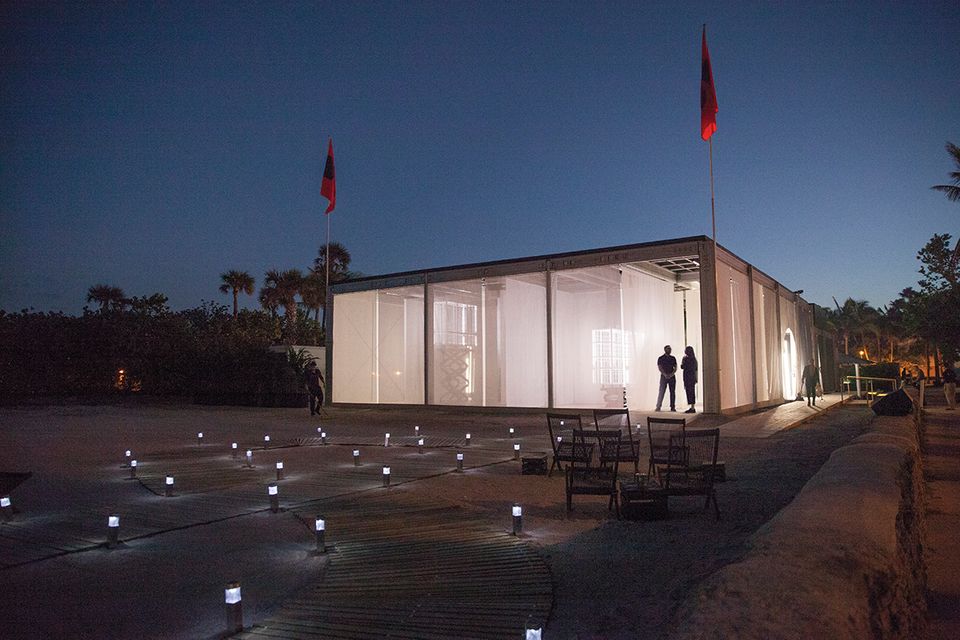 Does the work have a horological element?

There is a strong connection to the passage of time and the movement of natural elements—the seas rising and falling and jungles and deserts growing. There is the timeline in which we’ve built our world, with buildings going up, collapsing, falling into decay and being engulfed by nature. I thought about Miami, where our civilisation meets the ocean, but there is an imprecise boundary between us, where the water is constantly oscillating. We’re always gaining and losing a little territory. The horological aspect is my reflection on the environment and the cycles of the biosphere versus the cycles of our daily lives and how we’ve made decisions as a species.

What message do you want visitors to take away with them?

Without getting too political, I think it’s clear that as a society and civilisation we could be doing much better. We’re basically using our resources and [choosing options] that are unsustainable. People communicate and take in information in different ways. The beautiful thing about art is that the overall “message” can be in the eye of the beholder.

Do you believe that art today should elevate political messages?

I believe in art for art’s sake and that art and activism do not necessarily need to be blended, but that’s the kind of artist I am. I’m just participating in a larger conversation, and I’m interested in raising consciousness and the idea of a global cultural renaissance. Art can be linguistic and transcultural in a way that maybe a Powerpoint presentation, a political speech or a newspaper cannot.