Mika Rottenberg: Capitalism as you’ve never seen it before 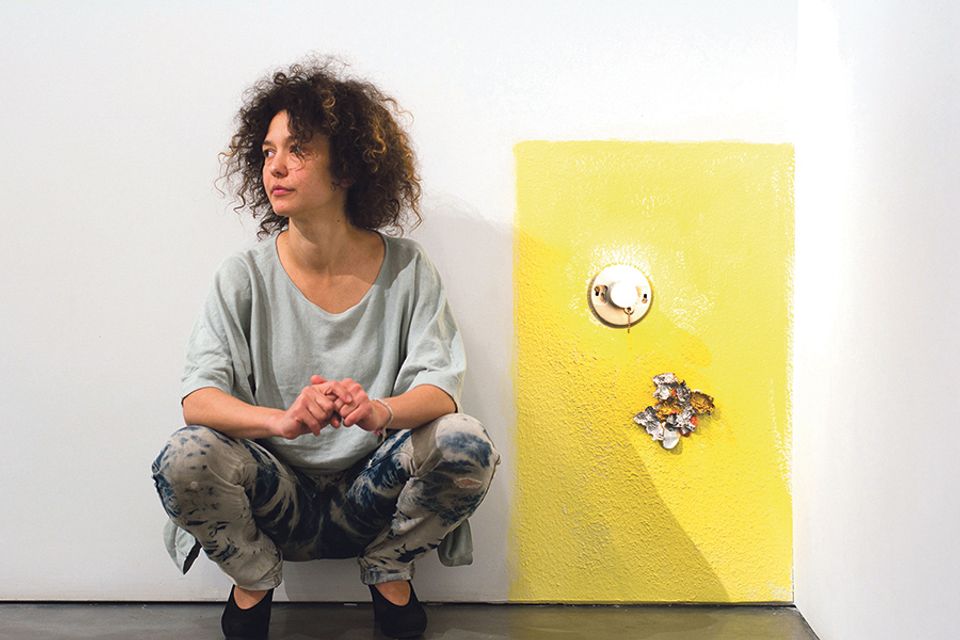 If art has any power, it is in making things visible, says Rottenberg Jessica Chou

The Argentinean-born, New York-based artist Mika Rottenberg’s surreal video installations seek to expose the hidden processes behind mass-produced, globally traded products in a way only Rottenberg can. From the production of cultured pearls (NoNoseKnows) or the millions of brightly coloured wholesale goods sold in a superstore in China (Cosmic Generator) to wet wipes literally made from the sweat of others (Tropical Breeze) or cheese produced by milking women’s hair (Cheese), her bizarre visual narratives feature larger-than-life performers acting out mundane, repetitive tasks. We spoke to Rosenberg ahead of her solo show that opens today at the newly renovated Bass museum (until 30 April 2018).

The Art Newspaper: You started off as a painter. What made you decide to move into video installations?

Mika Rottenberg: As an undergraduate student in Israel in the 1990s, I didn’t have access to video art. It was still expensive and not much of it was being made there, so I guess I became a painter by default. But I was always interested in gluing stuff to the canvas—combining materials, never wanting to give in to just one.

You usually show your large videos in cramped environments, but you are trying something new at the Bass.

Both NoNoseKnows (2015) and Cosmic Generator (2017) are being shown on larger screens and in larger galleries. Previously, I’ve insisted on presenting them in small, claustrophobic settings, but I’m playing around with not doing that. I wanted to knock the ceiling off and free them up. It’s nice to break my own language.

Is it a challenge to present your work in different spaces without replicating what you’ve done before?

Yes, but it’s my favourite part. I like to adapt to different architecture and see how a piece can fit in a different way. Some of the pressure is off because the main part is made, so I can play around and inject my own little structures within the museum. I think about how to occupy the space and direct movement within it. I find it interesting to control someone’s movement without them realising it’s happening. It’s a kind of seduction.

Cosmic Generator includes images of the US-Mexico border wall—imagery we see in the news a lot since Trump took office.

The visuals of Cosmic Generator have become so relevant. I filmed in China the day after the US presidential election. Trump was talking about [scrapping] trade deals with China and his desire to bring back industry to the US. So this is happening while I’m filming what globalisation on steroids looks like.

The next filming took place the day after Trump’s inauguration, when pictures of the US-Mexico border were in the news. I was filming the wall on that day. It just became really weird. I began researching this piece two years before these topics were in the news.

Production is a prominent theme in your work. What about the subject interests you?

I think of objects in terms of the processes behind them and the idea that humankind is captured in everything around us. I want to make these processes more visual. If art has any power, it is in making things visible.

It used to be hidden in the domestic sphere, and it’s still hidden in the mass production industry in some parts of the world. I explored this in NoNoseKnows with pearl production. Because women’s hands are smaller, they sort the pearls. Again, it is labour you don’t see. I’m interested in exposing that, making it visible.

But I also love movement and the magic of making stuff as an artist. You could put a Marxist, feminist read on it, which is something I’m definitely interested in, but I think of it on more of an abstract or visual level without attaching an ideology to it. It is about many things… saying what it is about kills nuance and flattens it. Like life, it’s sometimes this and sometimes that…

Your performers have distinct physiques. What do you look for?

I look for people who feel comfortable in their body and completely own it. I find some of them online, advertising their extraordinary bodies for hire. They take something that is not considered to be average, such as their height or body size, and turn it into a commodity. They isolate a part of themselves and offer it for rent. I’m interested in this and the question of ownership, empowerment and objectification. They own the means of production, which is their own body. This idea of renting part of yourself, being able to isolate that part, is fascinating.

Your work is infused with humour.

I never intend for it to be funny. I tap into these bigger systems of production and present them through a personal journey that incorporates my own fiction—my own personal psychological space. The humour comes from the absurdity of it. It’s ridiculous to a point where you think ‘what the fuck?’ and laugh at being part of these systems that will collapse before they change. Part of what I try to do is to give these things shape and make them tangible. I take big systems, digest them and throw them up and that becomes the piece.

What about in NoNoseKnows, when Bunny Glamazon sneezes noodles?

For me it was not necessarily funny. I was interested in different noodles from Italy and China. And instead of the body consuming them, it produces them. I was also thinking about somebody eating too much takeout. So it’s all this mixed together and I guess it is funny because I don’t know what else it would be. Maybe sad… I’m not sure. When you’re not sure if it’s sad or absurd, that’s the reaction I’m looking for. 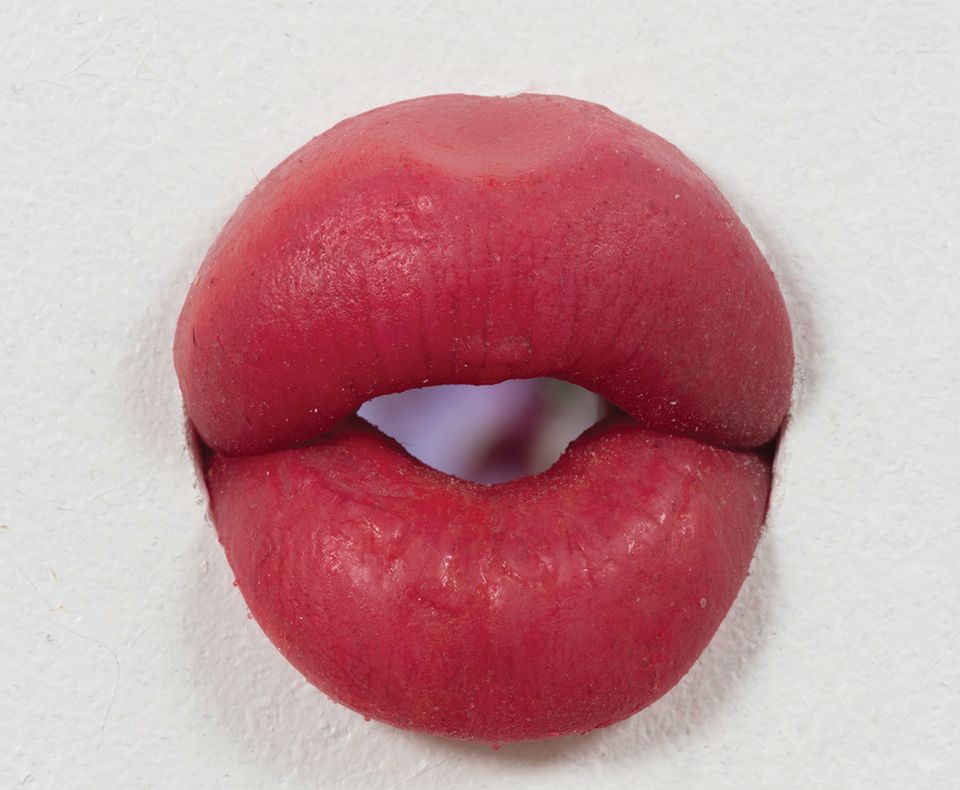 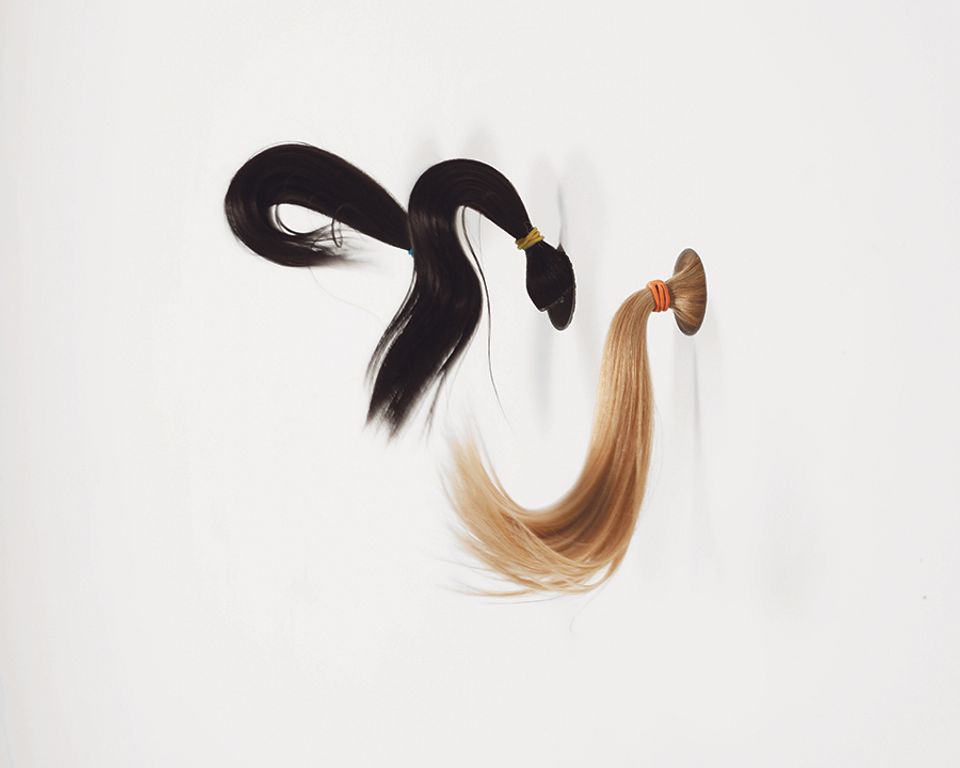 It is not unusual for people to be mesmerised by this seductive, kinetic work, Rottenberg says. It consists of three fine ponytails—one brunette, one blond and one raven coloured—that protrude through holes in the wall and vigorously bounce up and down. “I love to see these pieces in a show because they really activate the space,” she says. 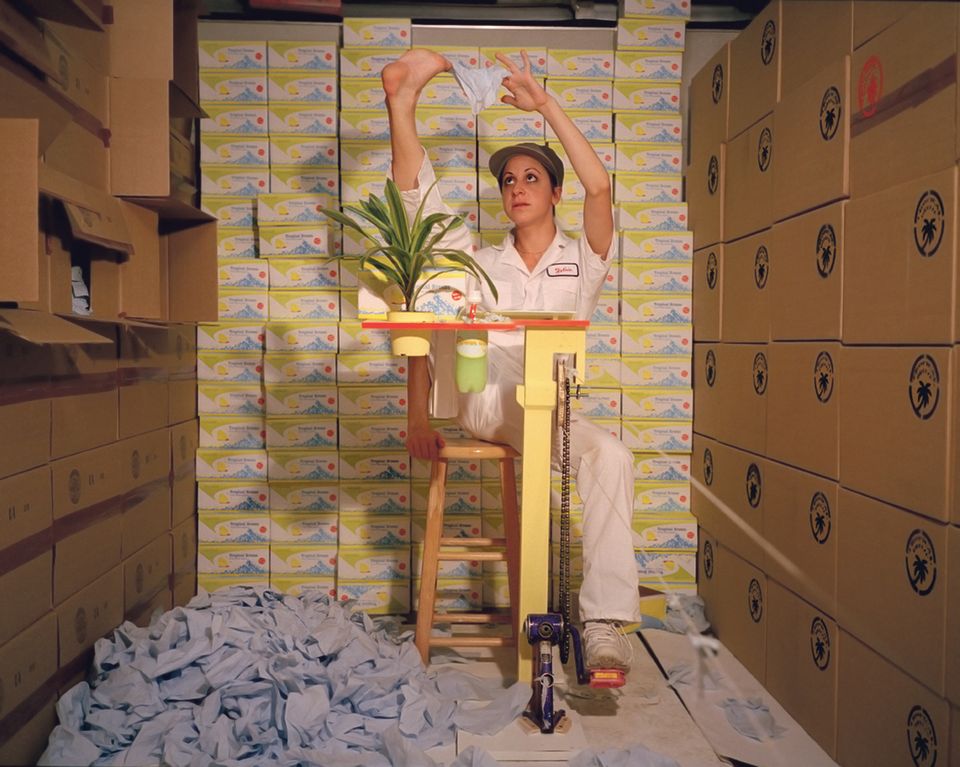 This absurd take on the production of wet wipes—both regular and lemon scented—involves a muscular female lorry driver who wipes her sweaty brow on a tissue before passing it back to a woman sitting in the trailer who deftly picks up the used tissue with her toes and packages it ready for shipment. E.S.