Benedikt Taschen: from selling comics in Cologne to hanging out with Hockney

As the Taschen publishing house turns 40, its founder talks about starting out in his parents’ kitchen and the importance of “planting seeds” 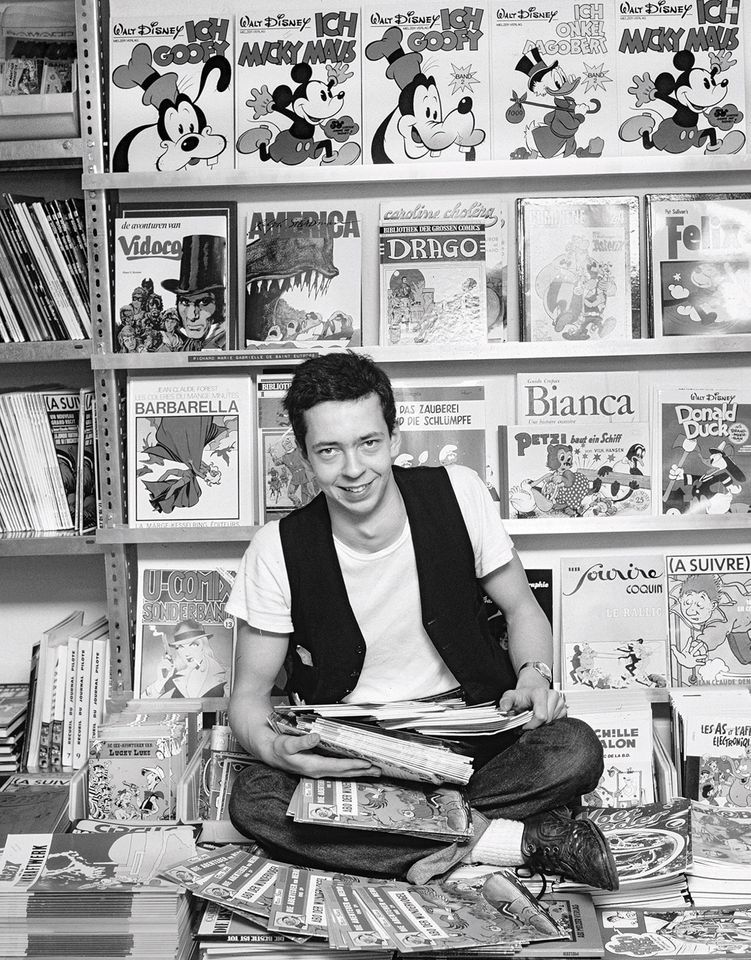 The 59-year-old Benedikt Taschen, the legendary founder of the book publisher Taschen, started his business on his parents’ kitchen table in Cologne more than four decades ago. Today, it is one of the dominant global brands in art publishing.

The son of doctors and the youngest of five children, Taschen, a self-described lonely child with a fascination for Donald Duck comic books, began a mail-order comic book service at the age of 12. When the first comic book price guide was published in Germany in 1976, Taschen “became aware that other people were collecting”.

“Most of them were 10, 15, 20 years older than me. For many of them, they were collecting because they wanted to buy the lost dreams of their childhood,” he explains. “When I learned of this, I started to buy comics that weren’t interesting for me but I knew [people] would collect.”

The teenage Taschen would post comics to a network of around 200 people. “There were no credit cards or bank transfers,” he remembers. “The mailman would bring us the cash in the morning.” 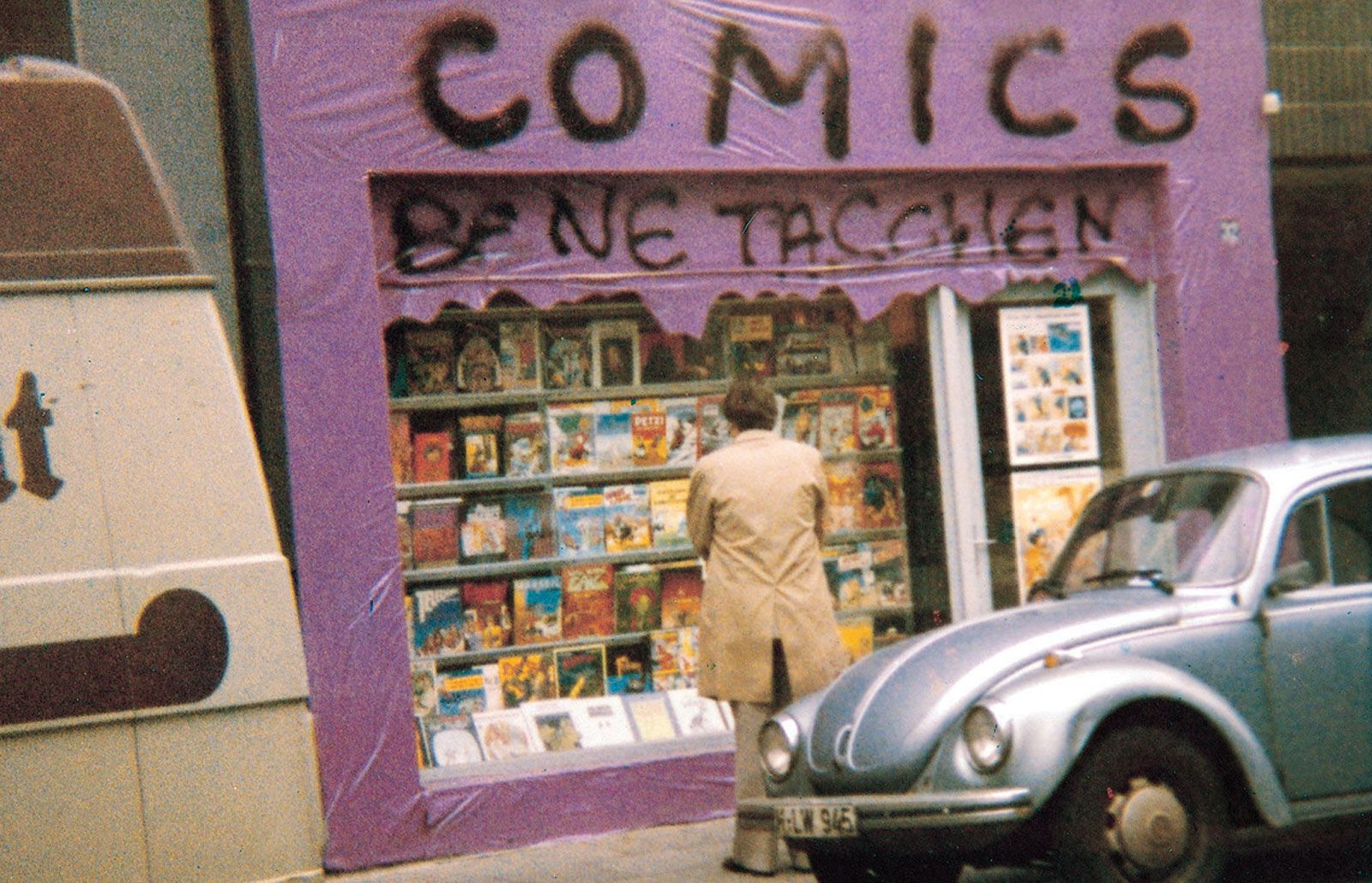 The first incarnation of Taschen Comics, set up in Cologne in 1980 © Taschen

In 1980, the day before his 19th birthday, Taschen opened his comic book shop in Cologne. From the outside, he looked like the precocious young entrepreneur. But for the first four years, he struggled to survive. He recalls long car journeys across Germany “hunting for old treasures”, attending dreary comic conventions and the disappointment of long drives to collectors who promised troves of riches but in fact had an attic full of wastepaper.

Things changed in 1984 at an American trade show when Taschen discovered a tranche of 40,000 books on the Belgian artist René Magritte. With money borrowed from his aunt, he purchased the collection for a dollar each, and set about selling them individually for 9.99 Deutsche Marks—approximately $6.60. Within a few months, he had sold them all.

“We had no clue. And when we printed his photographs of the nudes, they looked terrible” Benedikt Taschen

Today, as Taschen prepares to celebrate 40 years of trading, the business is jointly run with his eldest daughter, Marlene, and comprises around 200 employees, 13 bookshops, and offices in Cologne, London, Paris, Los Angeles and Hong Kong. Thousands of editions of books have been produced and sold, including the most expensive book in history, the famous Helmut Newton Sumo—so called for its gargantuan size. After its publication in 1999, and in an interview with Vanity Fair magazine, Newton said of Taschen: “There are very few like him. Or there are none like him. He is also, I might add, a madman.” Is Newton’s comment fair? “It’s for sure a correct assessment,” Taschen says. “My career is all about planting seeds.” 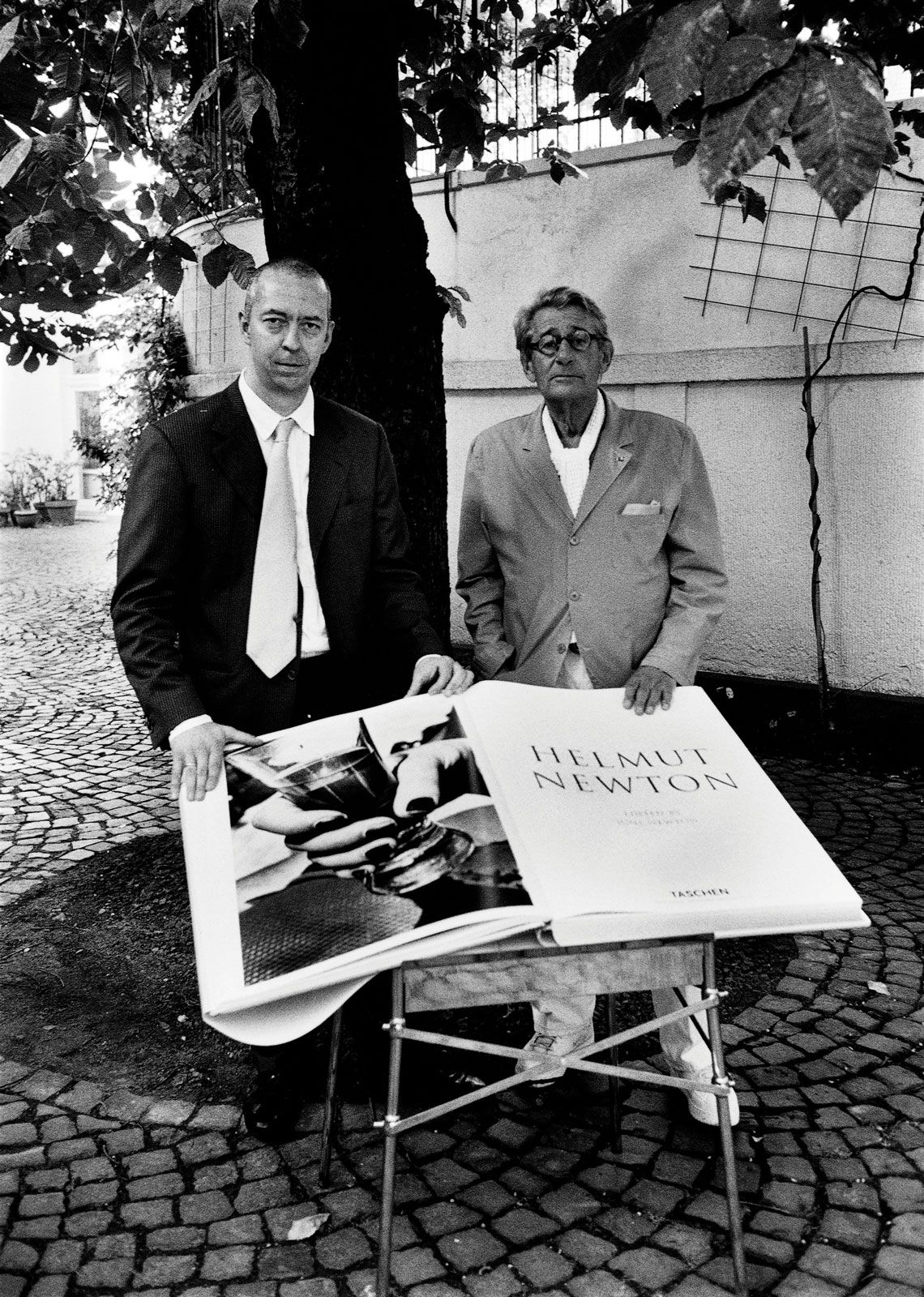 Taschen first came across Newton’s photographs in the 1970s, but it was not until 1985 that they first met, for breakfast at the Savoy Hotel in Berlin. “I wanted to present to him an idea of a big book of his nudes and bedsheets. He was very friendly and asked me for some samples. At that time, we had the worst production skills and no facilities. We had no clue. And when we printed his photographs of the nudes, they looked terrible. I couldn’t show them to him, otherwise our relationship would be finished already.”

Taschen shelved the idea, but the pair stayed in touch. Years later, Taschen made an approach again, and was able to convince the photographer of a “different and new” form of supersized art publishing. But, throughout the production of the Sumo book, Newton “got really anxious”, Taschen says. “He sent me a fax and it read: ‘I’ve always enjoyed and loved my work. This is the first time I am suffering from depression and I must do something about it’,” Taschen says.

“He was in his 80s and at the height of his career. If a book like this hadn’t been well received, he had far more at stake, and far more to lose, than me. I will be grateful for him all my life, because it was tough for him for quite some time. But he was willing to believe in me.”

The finished product spanned 460 pages, weighed 30kg and came with its own bespoke table by the French designer Philippe Starck. Copy Number 1 was put up for auction and sold for $304,000. Sumo was then printed in a limited edition of 10,000, each of which cost €3,000.

In the press, the book made headlines, but was also met with some derision. Corners of the publishing world saw it as a folly, a vanity project and an ostentatious marketing stunt. And yet the book sold out. To buy a first edition of Helmut Newton Sumo today would cost upwards of €5,000. 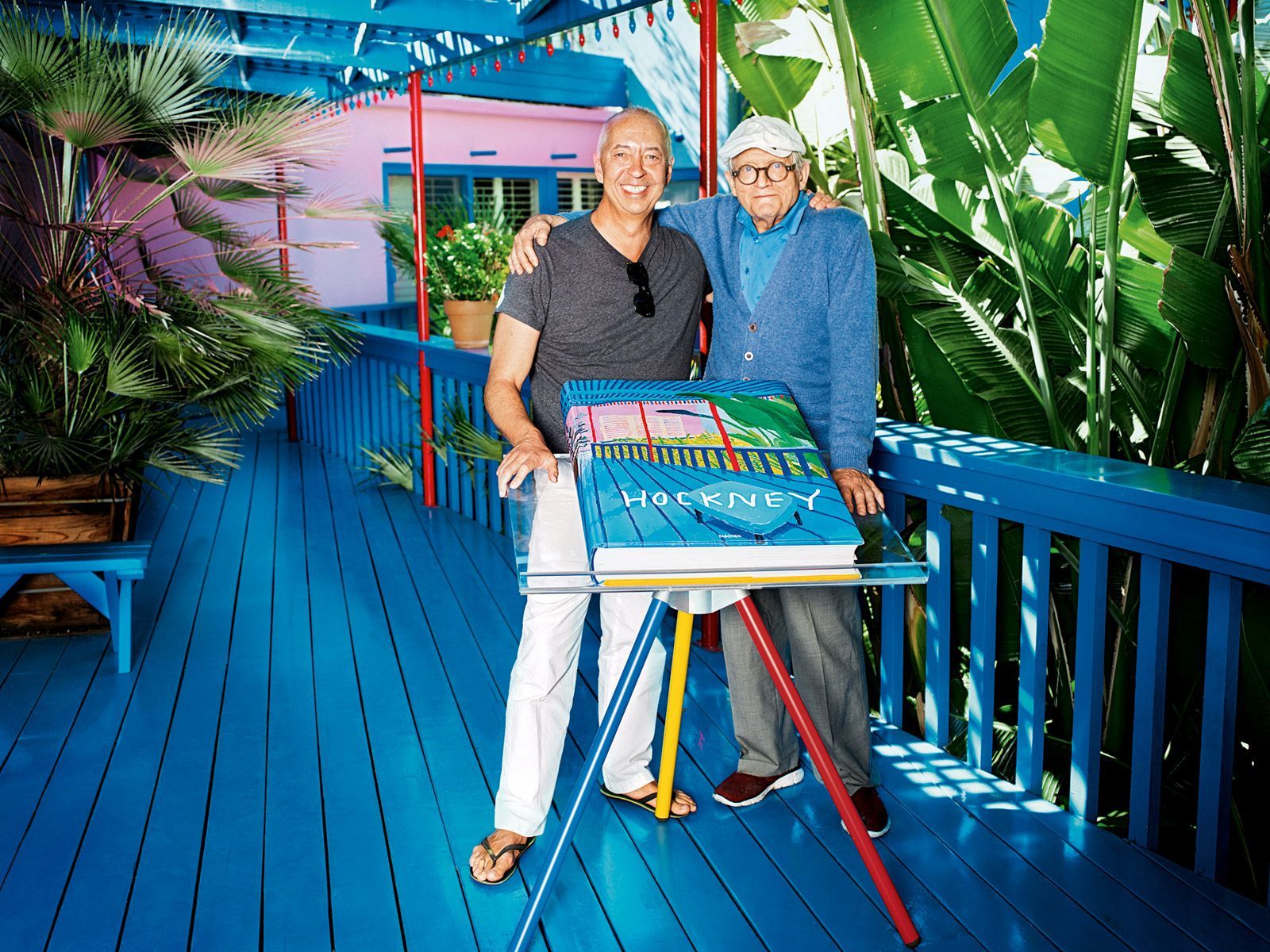 Several Sumo books followed, including one dedicated to the heavyweight boxer Muhammad Ali—which came with a sculpture or print (depending on the edition) by the artist Jeff Koons—and a David Hockney one, with 1,000 editions accompanied by an iPad print and a further 9,000 of them signed by the artist.

“Hockney is a giant. I followed his work all my life and was introduced to him in the 1990s by Billy Wilder and Helmut Newton,” Taschen says. The publisher explains that Hockney was at first reluctant to make a book of past works as he is “not a nostalgic person at all”. But once Taschen had convinced him, the artist spent “an entire year on this book and found no time to paint”.

Sumo may have made headlines, but at the same time Taschen was pursuing what might be termed a populist approach to art publishing. With the help of large print runs and low-cost production techniques, Taschen quickly filled the shelves of high street bookshops and coffee tables of homes well away from cultural capitals. “That is important to me,” he says. “To make books accessible—geographically, price-wise—to people who have not been exposed to them before. I think books plant seeds, as they did for me.”