Ruben Östlund, the director of The Square, explains why the art world deserves to be mocked 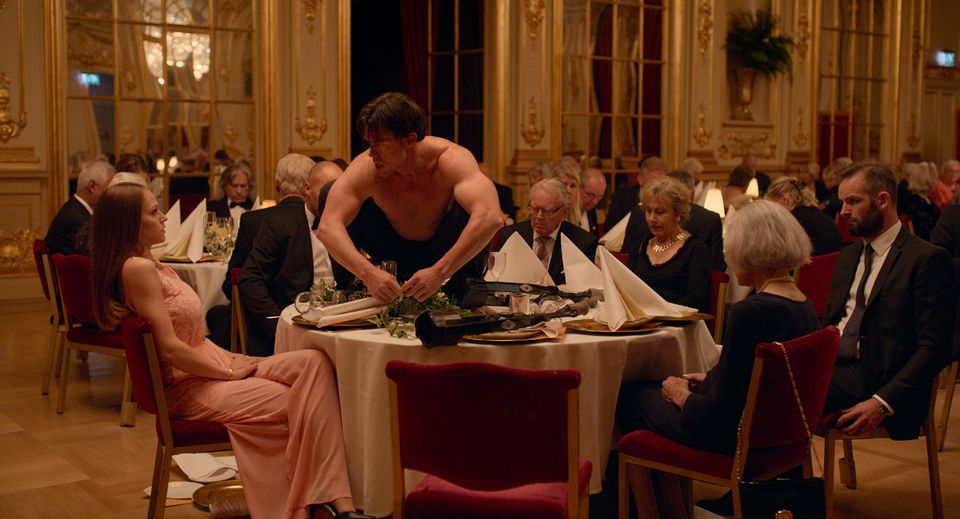 In the film The Square, which won the Palme d’Or at the 2017 Cannes Film Festival, a contemporary art museum installs an empty space as a work of art, devoted to free expression. As well as presenting work that is intended to provoke, the museum is also the stage for displays of wealth. Written and directed by the Swedish filmmaker Ruben Östlund, it is a broad and sometimes brutal satire, where the museum’s director, an arbiter of taste played by Claes Bang, navigates the battlefields of political correctness and shock art. (Elisabeth Moss portrays a familiarly bemused journalist.) We spoke to Ostlund at the Toronto International Film Festival (TIFF), where the work had its North American premiere. It opens in theatres in New York on 26 October, and will be screened at the New York Film Festival (NYFF, 28 September-15 October).

The Art Newspaper: How long had the script for The Square been around before it was produced?

Ruben Östlund: A friend and I had made an installation [similar to the work in the film], in four different cities—two in Sweden and two in Norway—in 2011. I was writing the script and dealing with these topics since then.

Would the installation have been able to stand by itself without the film?

Yes. We actually built the installation before the film was finished, in the city of Värnamo, Sweden. In that city, it actually created a small movement. People were going there and organising demonstrations against violence, or against the city for taking handicap benefits from them. That inspiration worked without the film.

There was a very beautiful thing that happened there this summer. A note was left that said, “Thanks to you who helped my son.” [The person who wrote it] didn’t know who it was. They wanted to find a way of thanking this person, so they made a small demonstration in The Square in Varnamo. It also says something about smaller cities, that they actually have the ability to improve and adapt to a new idea.

In many ways, the contemporary art scene is lazy and silly, and needs to be criticised. Ruben Östlund

That seems like a sincere gesture. But you’ve made a satirical film. Isn’t that a contradiction?

I’m used to working with provocation. In The Square, the installation, there’s no provocation at all. So I have a conflict within myself about that.

I was told by a promoter that The Square was not a satire on contemporary art, but a reflection on the hypocrisy of elites. Is that what you think?

The contemporary art scene is only the backdrop. The main focus of the film is our time, and how we look at responsibility, on a personal level and on the level of a society.

Yet you did set the film in an art museum, and the camera situates its characters around works of art, and you have the museum director as the principal character. In the film, the installation is the idea of a public relations firm. Is there something about art and its value and the social world around it that sets the stage for a broader satire on hypocrisy?

Yes. In many ways, the contemporary art scene is lazy and silly, and needs to be criticised. But there are a lot of good artists. Maybe it’s a problem with art rituals and the conventional way of presenting art. When Marcel Duchamp put a pissoir [urinal] into a museum, it was a provocation. Now, it’s not a provocation anymore when you put in these objects that are out of context, but you still see it so often.

The Square, as it’s installed in the film, seems like a place that is designed cynically to get attention.

You also have a scene of improvised performance art with a man (actor Terry Notary), acting like an ape, terrorising museum donors who are afraid to interrupt an artist at work.

I thought it was quite fun that in order to promote humanistic art, they did something that was completely the opposite, and it works. The media falls straight into the trap, and finally starts writing about the humanistic art piece.

Also at TIFF—and coming to NYFF

Boom for Real: The Late Teenage Years of Jean-Michel Basquiat, directed by Sara Driver. Basquiat lore gets a new chapter as Driver’s homage to the artist and his friends revisits the abandoned and affordable Lower East Side of New York in the late 1970s. The verite doc relies on testimony from Basquiat’s peers and archival footage from those, like Basquiat, who died young. The film surveys the origins of graffiti art and hip-hop culture and stresses the difference between the middle-class Basquiat and graffiti artists. The Lower East Side as a ruined Beirut may surprise those who pay the soaring rents there now.

Faces Places, directed by Agnes Varda. Another take on street art comes from the French director Agnes Varda, 89, who embarks on a tour of France with the street photo-muralist JR. People whom they meet in this road movie end up as huge portraits by JR glued onto the sides of structures. The pair also take off in search of Varda’s Nouvelle Vague contemporary, Jean Luc Godard. Faces Places (Villages Visages in French) reaches audiences as debates rage in the US over who makes monuments and who gets remembered.