‘This US government looks more like Iran's every day’: Shirin Neshat talks about the power of political satire ahead of LA show 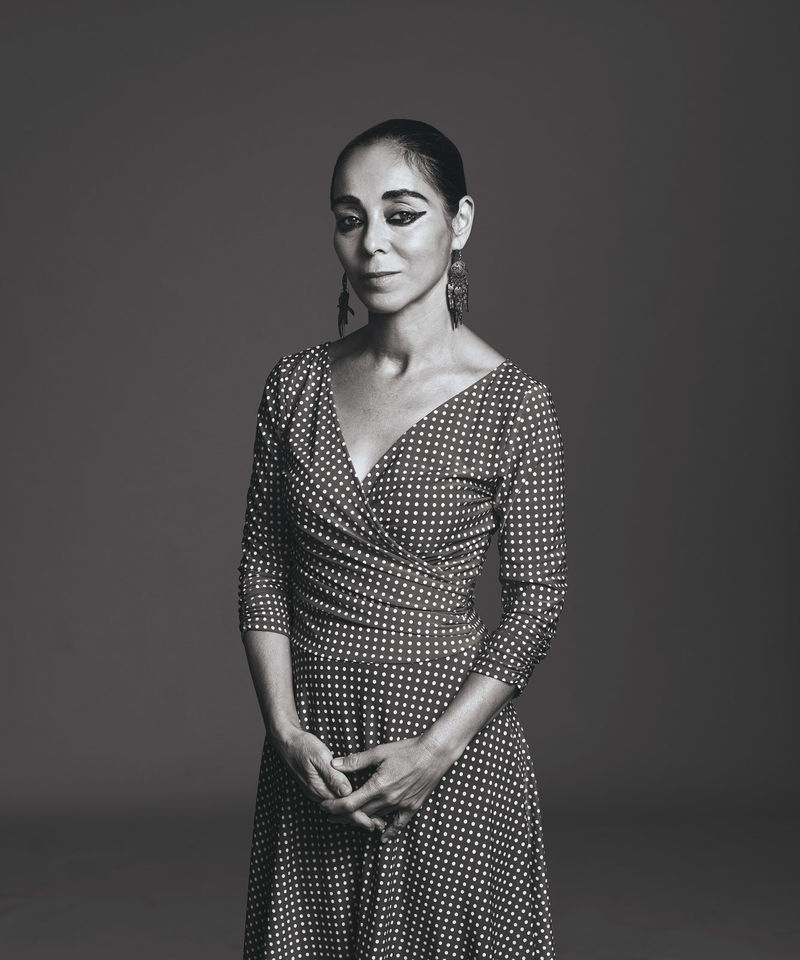 Shirin Neshat’s early life in the US was less American Dream and more brutal reality. The Iranian-born artist and film-maker was 17 in 1975 when she arrived in Los Angeles—and she hated it. The Hollywood glamour that had intoxicated her in the cinema of her small hometown of Qazvin, two hours outside of Tehran, was not what she encountered. “I was very, very homesick,” Neshat remembers. Later she moved north to study art at Berkeley, but she continued to feel lost—and, when it came to creating art, inept. After graduating and leaving California, Neshat stopped making art for ten years.

Forty years on, she is triumphantly returning to the city in which those dreams were dashed. Shirin Neshat: I Will Greet the Sun Again at the Broad museum (19 October-16 February 2020) spans her 30-year career, showing more than 230 photographs and eight video installations, many exploring her American-Iranian identity in the context of the ruptures between the West and the Middle East. They include the new multimedia work, Land of Dreams.

As well as the Broad exhibition, Neshat is organising A Bridge Between You and Everything: an Exhibition of Iranian Women Artists at the High Line Nine Galleries in New York (7-24 November), with the US non-profit Center for Human Rights in Iran. The Art Newspaper wrote about the show in July and since then, Neshat says, “Some of the artists have backed out in fear of not being able to return to Iran, or of having problems with the government, because the organisation we are working with is about human rights.” She adds: “The more this show is developing, the more it becomes clear to me why it is important to do it: it shows artists whose work is always caught between a political reality and their personal circumstances.” At the end of January 2020, meanwhile, she will show some of the work from Land of Dreams at Goodman Gallery’s new London space.

Here, Neshat talks about her LA homecoming, the power of political satire, and what she sees as the alarming similarities between the US and Iran. 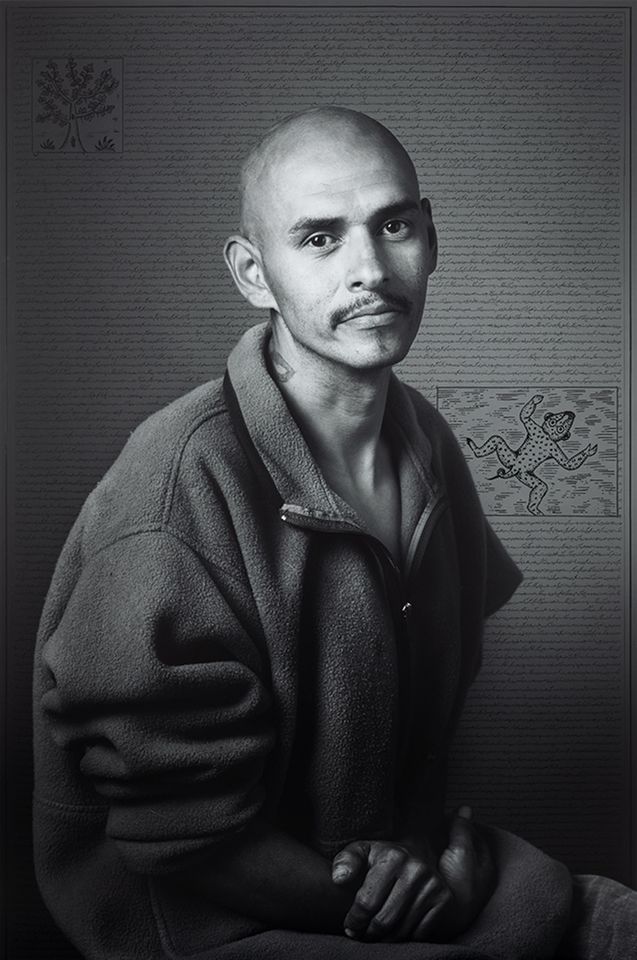 The Art Newspaper: Your show at the Broad is your biggest ever retrospective­—what can we expect?

Shirin Neshat: I’m very happy with the way that, unlike a lot of the other exhibitions I have done, this show is not entirely related to Iran and its history. The show is chronological, but it shows the evolution of the work both thematically and in terms of the form. It starts with pieces that took a nostalgic look at Iran in the 1990s after the Islamic Revolution [in 1979], like Women of Allah (1993-97). It shows how my work developed after it became impossible for me to return to Iran, when I began to do a lot of video work like Rapture (1999) and Passage (2001).

But I also had the opportunity to make a new work for the Broad show called Land of Dreams (2019), which I shot in New Mexico. This latest work is, for the first time, about me in this country—exploring the US from the perspective of an Iranian immigrant. So the show circles: it starts with me looking into Iran from the outside and ends with me looking at the US as an outsider.

What was your initial experience in LA in the 1970s?

I had this vision of LA being like Hollywood. Most of us in Iran at that time had the greatest image about America. And then when I landed in LA, it was not what I expected. I fell into a deep depression and I just despised everything I was seeing. I desperately wanted to go home, but my family didn’t agree. And then the revolution came and I was just sort of lost behind the border for 11 years.

Since becoming a film-maker, I have realised that of course LA is the place to be. I feel the buzz in the city, the art world and the Iranian community. So there is certain gravitation for me to be there, but I still have such a dark memory from feeling abandoned in LA.

Is LA growing as an art centre?

Absolutely. The Broad museum itself is such a force, and the combination of the various strong museums, galleries and artists living in the area makes it a fantastic location. LA is now a little bit ahead of New York in many ways. New York is becoming more difficult—very expensive and super blue-chip. Smaller galleries are having difficulties and mid-size galleries are closing. A lot of artists are moving out of the city, either to Brooklyn or to the West Coast. LA seems to be thriving with their more grassroots, underground organisations. The diversity of the artists and the different communities working there is just tremendous, never mind the film community inside and outside of Hollywood. 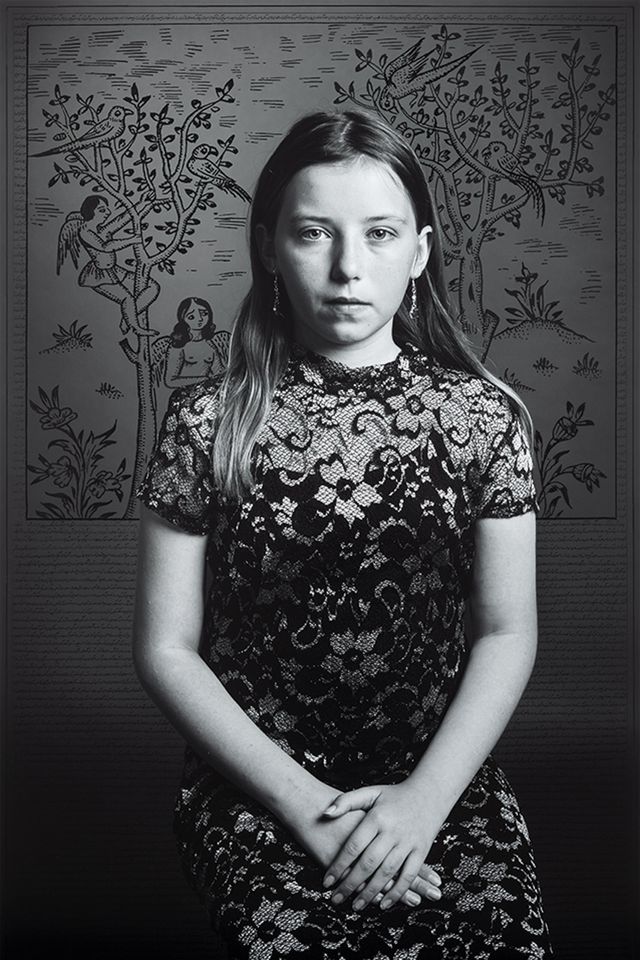 Los Angeles has the largest Iranian community outside of Iran. Are you excited to put on this show in that neighbourhood?

I am, and I’m very nervous. I must admit that a lot of the Iranian people I know here are not really museum-goers—they love music and films. But I think there’s so much in this exhibition that is about more than just art history. It invites Iranians to look at their own history, but also to look at their own status as immigrants in the US. Like I said, my latest work questions us as Iranians being cornered in this country and how vulnerable we are. In fact, it is about the tension between the US and Iran, and then us as immigrants being caught in between.

Let’s talk about this new work, Land of Dreams. What is the story?

Essentially, it’s about an Iranian woman, who is basically an extension of myself. She is an Iranian photographer and immigrant who goes door to door in a small US town and asks to take people’s portraits. But after she photographs them, she asks them about their latest dreams. In the video she has many encounters with different types of people: Native Americans; an old military man; a religious woman; an immigrant and so on. She then mysteriously takes these dreams and portraits back to a surreal Iranian colony tucked away inside a mountain. Inside, people are secretly analysing the American people’s dreams. She is almost like a spy but also like a mediator. It is a kind of a political satire—a very dark comedy.

How is the work displayed?

There are two videos, each 20 minutes long: one of her encountering the Americans, and the second showing her working within this enclosed Iranian colony. Then there is a whole room of photographs that “she” has shot (that obviously I have taken). The images are black and white and have Farsi writing on them, as in my previous photography. The writing relays each person’s dream.

Where was the video filmed?

In New Mexico—we went to the Navajo Nation and found this spectacular sacred mountain where the colony part is filmed. In the film, the inside of the mountain looks like a power plant. It has this kind of Fritz Lang feel to it, or like the aesthetic of Orson Welles’s The Trial [1962].

The other video was actually shot in a few different locations, including Las Vegas, Albuquerque and Farmington. I picked New Mexico as a location because of the desert setting—it resembles Iran in so many ways. Sometimes, in the videos, you don’t know if you’re in Iran or the US.

This was your first time filming in the US. What was the experience like?

It was so timely and relevant for me to now turn my gaze towards the US. I cannot talk enough about the experience. Meeting other immigrant communities, like the Hispanics and Native Americans, and bonding with them and understanding the devastation in this country, but at the same time enjoying their hospitality and warmth. It was like experiencing everything that I love and everything I hate about this country. It was an eye-opener for me.

How do you feel about the ongoing showdown about Iran’s nuclear activities, and the US sanctions?

There is such an absurdity about this antagonism between the two cultures that is perpetual. For me, the demon lives on both sides. This US government is looking more and more like the Iranian government every day. I am cornered on both sides in a way, maybe not so badly yet in the US. At the moment the sanctions are killing Iran­—not just the government but the people too—and they are desperately trying to find a solution. And then in the US, my God—it is just going to hell. There are such profound problems: corruption, healthcare, education, the issue of poverty. The conditions of the Native Americans, for example—where they live, the lack of employment—it is unheard of. The way that this government is turning its back on people and yet being the “superior leader” in the world; I can’t even find words for it.

The US media demonises other cultures and people like Mexicans or Muslims. Iran does this too—both countries use the image of the enemy to distract their citizens from their internal problems. Political satire has to be the best way to deal with it. 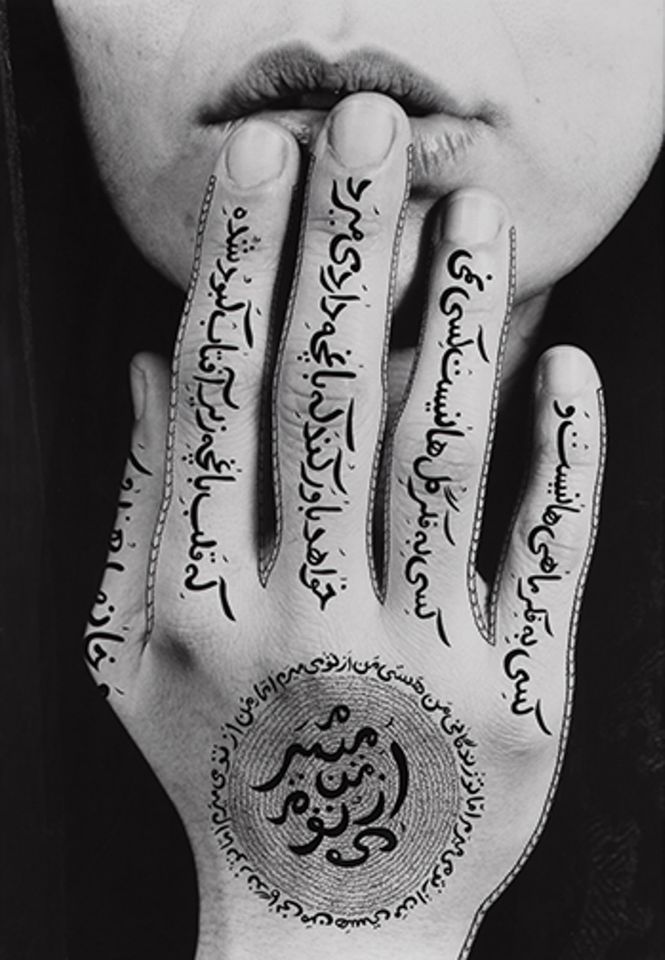 Neshat’s most famous work, this series of black and white photographs of veiled women (some of whom are posed with guns) is in three parts. The first, Unveiling, is about the women’s struggles between religiously rooted social codes and their personal desires. The second is about Iran’s changing concept of martyrdom, and the third features Iranian women in prayer. All three parts are on show at the Broad.

This split-screen video addresses Iran’s prohibition of women singing in public. It shows a man singing in front of an audience on one screen (played by Shoja Azari, Neshat’s husband) and a woman standing alone on the other (played by the Iranian vocalist and composer Sussan Deyhim). It won the Venice Biennale’s Golden Lion in 1999 and is part one of a trilogy, completed by Rapture (1999) and Fervor (2000).

Neshat considers this, her latest piece, as the work where all of her practice collapses into one complete installation. It is made up of a photographic series and two videos and will eventually include a feature-length film. It is also the first time that the artist has turned her gaze to the issues facing the US, a country that she has lived in longer than her native Iran, at a politically tumultuous time.

• A Bridge Between You and Everything: an Exhibition of Iranian Women Artists, High Line Nine Galleries, New York (7-24 November)