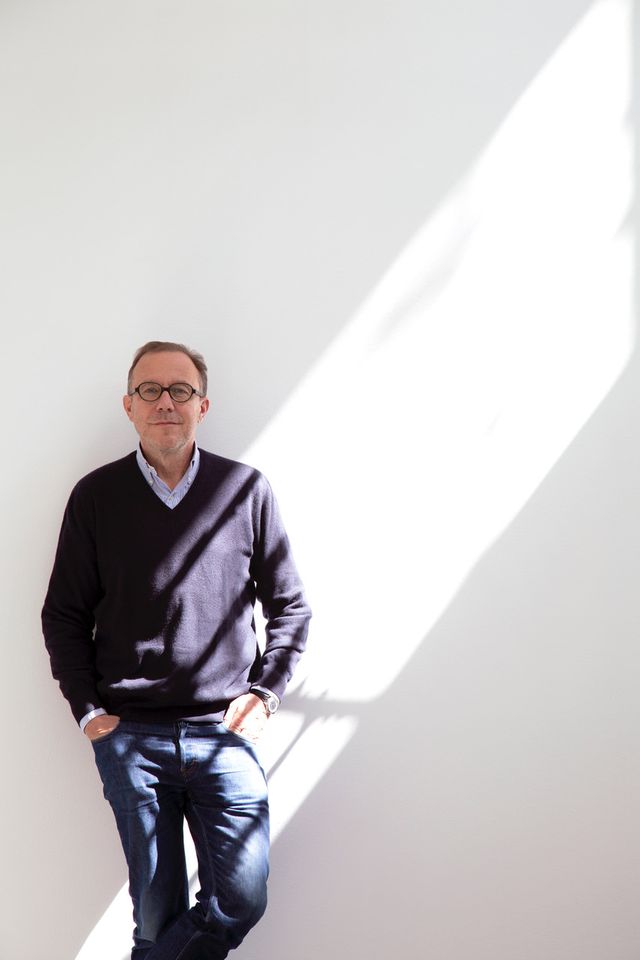 A year ago, when the art market wore globalism as a badge of honour and a pandemic was quite the last thing on our minds, writing about a dealer opening a third gallery within walking distance of his existing spaces might have seemed, well, a bit parochial.

But now, in this new age of restricted travel, it is starting to sound like rather a good idea. Xavier Hufkens is certainly happy with his decision to open a third gallery in Brussels today at 44 Rue Van Eyck, just a 100m walk from his existing St-Georges location. “We discussed opening abroad but, in the end, I decided to remain anchored in Brussels,” Hufkens says. “My gallery bears my name and I want to be there—it’s a very different approach to what is happening in the art world but perhaps today, with what is happening with Covid, maybe that decision was not that bad at all.” He adds, “you cannot be ubiquitous, I cannot be everywhere at once.”

As Belgium’s lockdown restrictions ease, the new 350 sq m gallery, designed by the Belgian architect Bernard Dubois, opens today with an exhibition of new three-dimensional assemblages by Sterling Ruby, titled A Relief Lashed + A Still pose (until 1 August). “I went to his [Ruby’s] studio and he was working on a new group of works—I was really excited about them and was able to persuade him to show them in Brussels,” Hufkens says.

Keeping happy his roster of 40 artists—including Katherine Bernhardt, Thomas Houseago, Paul McCarthy, Nicolas Party and Dahn Vo—was the primary motive behind opening his third space, Hufkens says. “Several have been with me in the gallery since the beginning, 33 years—Roni Horn, Antony Gormley, the Jan Vercruysse foundation and several others. So, it felt natural to give them new possibilities and challenges.” Gormley, for instance, “has had eight exhibitions in my gallery over the past three decades, so I thought it would be nice for him to have another space.” 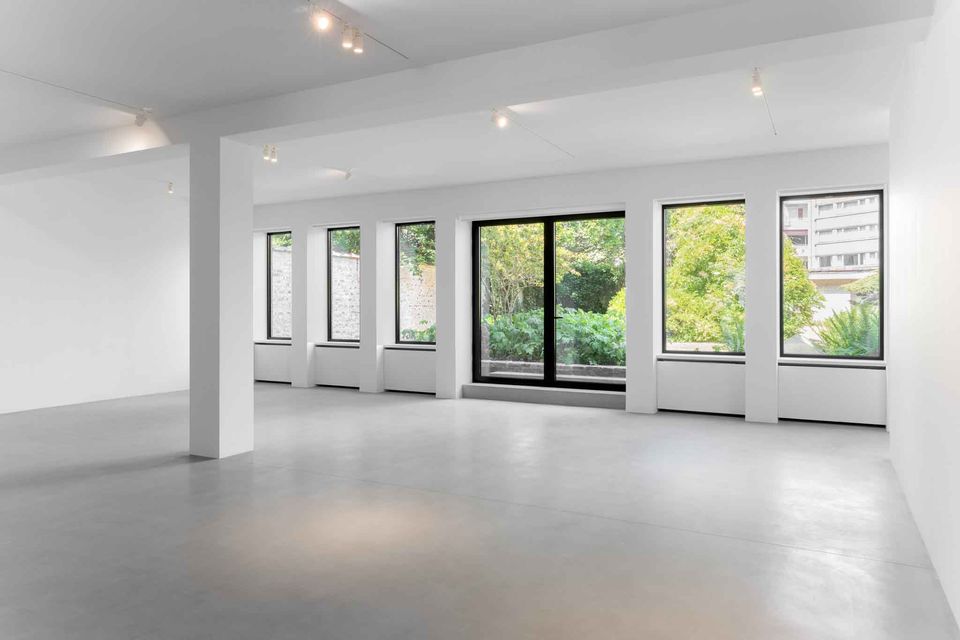 The new gallery at 44 rue Van Eyck has its own garden Photo by HV-Studio, Brussels. Courtesy Xavier Hufkens, Brussels

There are, Hufkens says, more than enough galleries in New York, London and Hong Kong. So he did not feel the need to add to them. “You know those special little pastry shops or boutiques that you can only find in only one city?” he says. “And when they’re bought by some investment company and expanded all over the world, suddenly that little macaron that you could find only in Paris you can now find in London, New York or anywhere else. Well it’s like that—I think I’m somewhat old-fashioned but I want to create a gallery that’s personal, a unique experience. Otherwise you’re creating a chain, no?”

Hufkens opened his first gallery in 1987 and in the 33 years since he has had “good times, bad times, worse times”. Launching a new gallery while Europe tries to clamber out of a pandemic may not seem the most opportune moment but Hufkens says: “Your life is not a rehearsal and you want to live it to the fullest. I want to live mine near art and there’s no place I’m happier than at the gallery. I’m 55 and this is what I want—I’m not going to be stopped by a pandemic!” He is quick to add he is joking, but the gallery opening had been scheduled and he did not want to change tack: "I believe we can do this safely."

Like many in the past few months, Hufkens is in contemplative mood. Lockdown has, he says: “Given us the possibility to think, think clearly. Things were out of hand and I think we will learn a lot from this. It will change the way we travel.” A casualty of this will be fairs, particularly the smaller ones. The gallery currently does around eight fairs a year, but he is resolved to be much more careful in choosing which to do, Art Basel, Frieze and Fiac being his favourites. The peer pressure to do lots of fairs is lessening too thanks to this enforced break: “I’ve got colleagues who do 22 fairs. Do you really need to do 22 fairs in 12 months?! It feels a bit desperate at a certain point.” 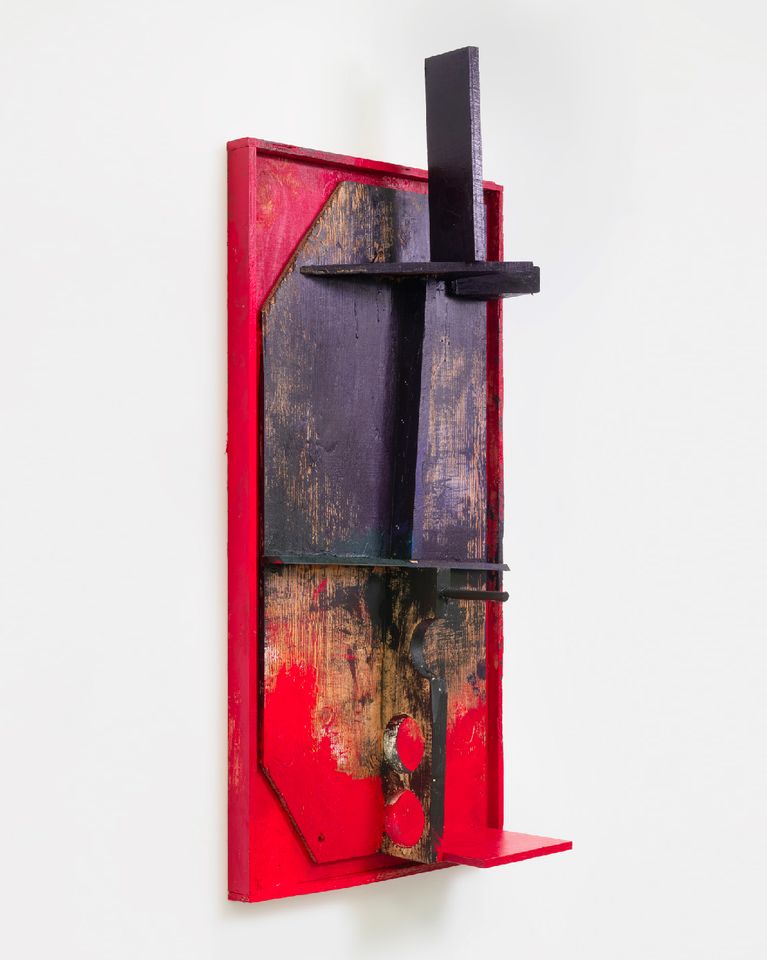 Speaking this month, amid the first flashes of Black Lives Matter protests in the US and other countries in the wake of George Floyd’s murder, issues of racial bias and inequality are on Hufkens’s mind, and that morning he had been discussing the matter of how to be more inclusive with his team: “The acknowledgement of racism has never not been on my mind, although it’s a special moment now that it’s all around us. It should be on everyone’s mind all the time.” He adds: “We all have to be humanists and care for others. We have a responsibility as human beings.”

Hufkens started his gallery in 1987 at 22, full of “the naivety of youth”, opening in a rough and ready warehouse near Brussels’s Midi station, with early shows of Antony Gormley (1987), Felix Gonzalez-Torres (1991) and Rosemarie Trockel (1993). In 1992, he moved to a 19th-century townhouse at 6 rue Saint-Georges in Ixelles, expanding to the next-door building in 1997 and adding a second space on the same street, 107 rue Saint-Georges, in 2013. “It probably was hard for the first ten years or so, but I didn’t suffer. A collector would come in and buy a work which would pay off my overheads and keep me going for another month. It was another time.” In the past 30 years, however, “everything changed”. The art business has got tougher, he concedes, “but tough is fine. It doesn’t need to be easy. And it’s fun when it’s tough.”

He still hopes it’s possibly to start a gallery at 22. But what does it take to be a good art dealer?“Obviously you need to have the ability to predict what will be important in tomorrow’s world,” he says. But it’s also about training yourself to look: “The eye is a muscle: when you see a lot, you create a database that you can refer to. People say someone has a good eye. But, I think it what happens is your retina puts what you see into your database and in a split second it comes out with a result.” So, he says, the secret is “to see a lot, go to a lot of museums” and look at everything—antiquities, Renaissance bronzes, Central African art, American Modernism, contemporary art, Medieval manuscripts.

Do this, Hufkens says, and you will never be bored: “I’ve never considered it as work actually…I have the life I want, I’m a happy bunny.”

As the market for their artists booms, African galleries take control by expanding to the West

As the market for their artists booms, African galleries take control by expanding to the West