Peak adult tickets for the travelling exhibition opening at the Saatchi Gallery in London this week will cost £37.40 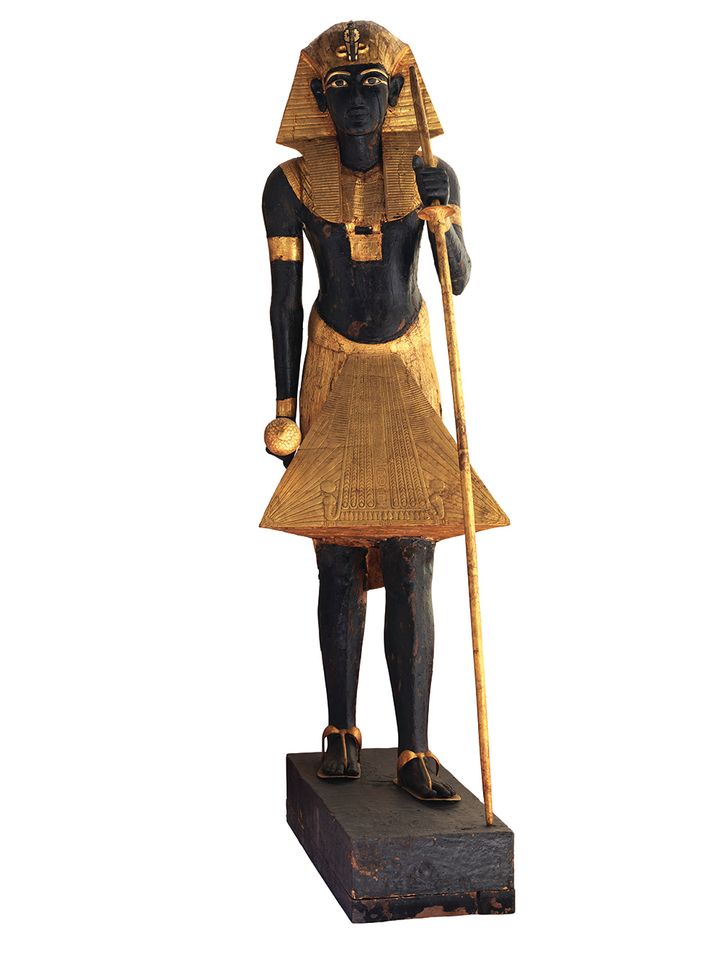 The Tutankhamun exhibition opening at the Saatchi Gallery in London this month is on track to become one of the most popular art exhibitions ever in the UK—and the most expensive.

Ticket prices for the show vary according to the time of visit: peak adult tickets are priced at £37.40, while the cheapest slots are currently £24.50. Even these lower prices are more than tickets cost for blockbusters at major London national museums.

Tutankhamun: Treasures of the Golden Pharaoh, scheduled to run from 2 November to 3 May 2020, will include 150 antiquities on loan from Egypt— more than in any previous touring show on the Boy King, with nearly half of the objects never previously shown outside the country. It is organised by Egypt’s ministry of antiquities and the New York company IMG (International Management Group).

The show opened at the California Science Center in Los Angeles, where it ran from March 2018 to January 2019, attracting 711,000 visitors. It then moved to Paris, to the Grande Halle de la Villette, from March until September this year, where it drew 1,423,000 visitors, making it the “most visited exhibition in France”, according to IMG.

In all, the Tutankhamum show will travel to ten cities. The venue after London has not yet been announced, but in early 2021 it will go to the Australian Museum in Sydney for a six-month run. Other venues will be in Japan, Canada, South Korea and three unnamed countries.

By the time it finishes, towards the mid 2020s, the show may end up as the most popular art and antiquities exhibition ever, with many millions of visitors. But it would have to beat the 2005-10 Tutankhamun tour, which went to 17 cities and attracted more than 11.5 million visitors.

Funds raised from the touring exhibition are expected to go towards the completion of the Grand Egyptian Museum, which is being built on the outskirts of Cairo, two kilometres from the Pyramids.

After the long-delayed opening of the museum, there is unlikely to be another travelling show of the Pharaoh’s treasures.