Ernst August Sr, Prince of Hanover, claims that his son went behind his back to seize control of his estates 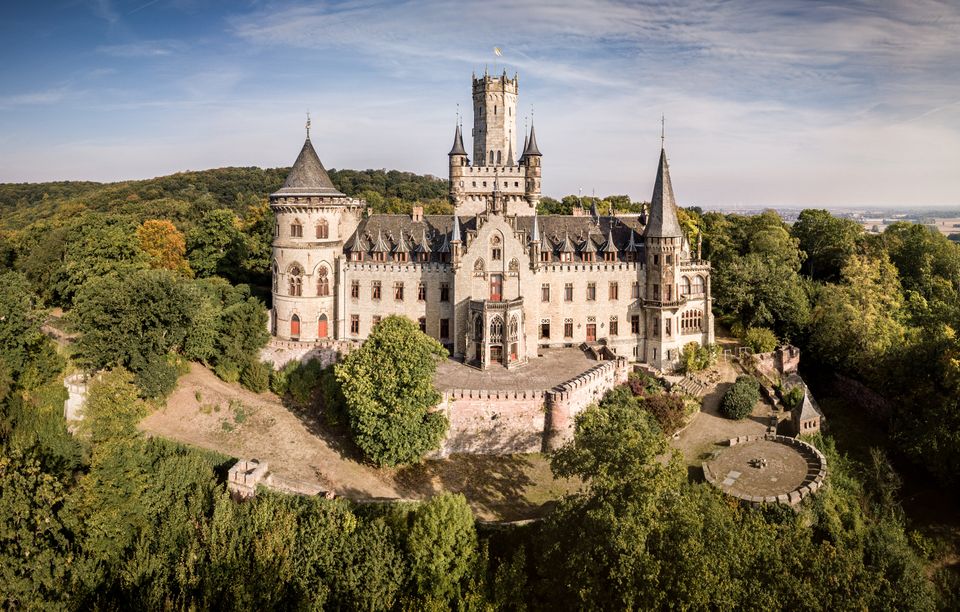 A lengthy feud within one of Germany's most prominent noble families has taken an ugly turn, after its head, Prince Ernst August, launched a legal case against his "ungrateful" son and heir apparent earlier this week.

Tracing its lineage back to the 9th century, the Welf dynasty, also known as the Guelphs, once ruled over swathes of southern and central Germany and are the current heads of the House of Hanover. Though their German royal titles were removed in 1866, they retained a great deal of amassed wealth including a collection of valuables sold at Sotheby's for €44m in 2005, and a large property portfolio, the crown jewel of which is Marienburg Castle, a 135 room Gothic revival palace in Lower Saxony, built in 1867.

The property, along with two others, was given by Prince Ernst August to his son, also called Ernst August, between 2004-2007, court documents state. But it has proven to be a white elephant for the younger Ernst. Upkeep for the castle is burning a hole in the Hanover family finances, with German press reporting that necessary renovations will cost around €27m.

Ernst August Jr announced in 2018 that he was selling the crumbling castle for €1, in what he described to Der Spiegel as a "symbolic gesture" that will allow the historic estate to be preserved for the public. Germany's federal parliament has reportedly voted in favour of contributing €13.6m towards renovations.

But this decision has not sat well with his father, Ernst Sr, the estranged husband to the Princess of Monaco and a distant cousin of Queen Elizabeth II, who has been described by German press as the "party prince" and "brawling prince" due to his well publicised drunken escapades. He filed the case before the Hanover Regional Court through a Berlin law firm, and is demanding back control of the castle and a number of other assets.

"[Ernst August Jr] has 'seriously violated the rights, legal interests and interests of [his father],'" reads the court document.

Among its claims is that Ernst Jr attempted to seize control of the estate “behind his father’s back” and illegally appropriated some of the family’s paintings, sculptures and antique coaches from the Herzog August Library in Wolfenbüttel and the Hanover Historical Museum.

It continues that Ernst Sr now "lives sick and isolated in a forest in Austria and that his son does not support him despite several requests for help".

Ernst Jr told the German news agency DPA that the case was baseless, saying all the arguments raised "have already been invalidated out of court in the past". He asserts that the deal to transfer ownership of Marienburg Castle to the regional authorities of Lower Saxony was "legally secure".

"There's nothing that stands in the way of the long-term preservation of Marienburg as a central cultural monument of Lower Saxony, open to all," he said.

The court has not yet set a date for a hearing.