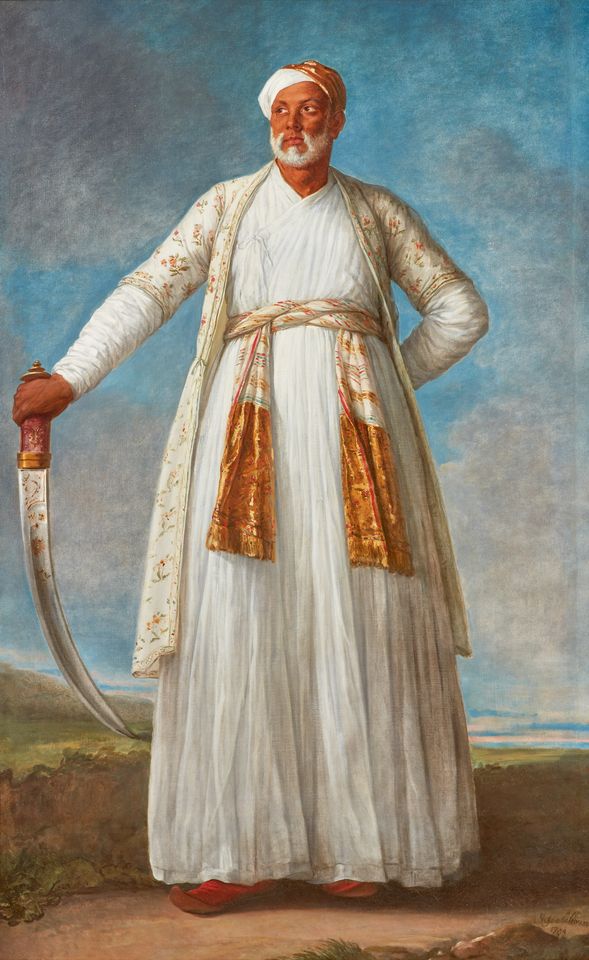 Sotheby’s announced today (10 January) the full line up of the Female Triumphant, a selection of masterworks by 14 female artists from the 16th through the 19th centuries, which will headline its Masters Week sales this January in New York. While anticipation for the sale has been high since the auction house announced the all-female component last November, the works included reveal there is more than socially conscious marketing to the hype.

Elisabeth-Louise Vigée Le Brun’s monumental Portrait of Muhammad Dervish Khan, Full Length, Holding His Sword in a Landscape (1788) will be the star lot of the evening sale on 30 January. The portrait painter to Marie Antoinette, Le Brun's life-sized painting is one of the most significant paintings in her body of work to hit the auction block and is estimated to sell for $4-$6m. Calvine Harvey, a specialist in Sotheby’s Old Master paintings department, says “the condition of the work is far and above what we’ve ever seen before”.

A student of Le Brun, Marie-Victoire Lemoine’s Still Life of Spring Flowers in a Basket (1807) is estimated at $80,000-$120,000 and is the only known still life by the artist. A female-centric scene of Saint Sebastian’s rehabilitation recently re-attributed to Baroque “proto-feminist” painter Artemisia Gentileschi is expected to fetch between $600,000 and $800,000.

“These works aren’t just significant because they were painted by women,” Harvey says, adding that many of them show how female artists have been instrumental to innovation in some of Western art history’s biggest movements. “We’ve been seeing increased market attention paid to modern and contemporary women artists, but there are just as many who came before them who remain undervalued.” 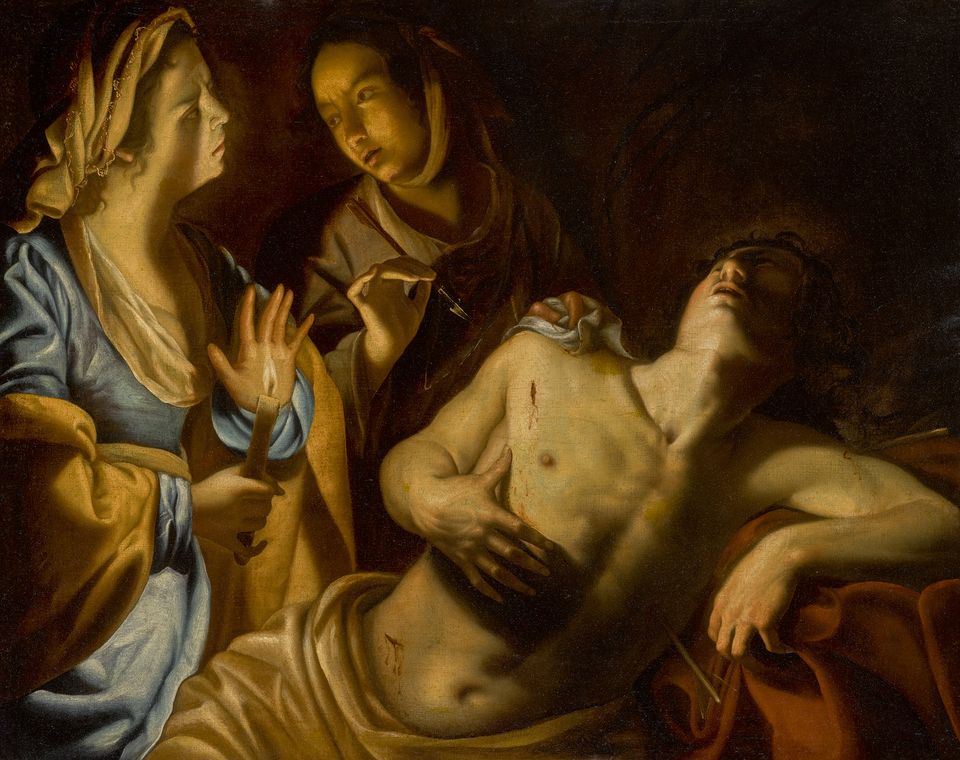 For instance, Galizia, a contemporary of Caravaggio, helped to invent the Italian still life genre in the 17th century and her A Glass Compote with Peaches, Jasmine Flowers, Quinces and a Grasshopper is expected to fetch $2-$3m. This is not the first time the work has been up for sale—it sold for a record $1.6m in 2006, also at Sotheby’s—and the auction house also sold another of her still lifes in 2015 for $2.4m. As of yet, it is the only work being offered with guarantees.

The Old Masters market in general has been experiencing a small renaissance, which some attribute to the “Leonardo effect” spurred by the now conspiracy-theory-riddled sale of Da Vinci’s Salvator Mundi for $450m at Christie’s in 2017. The Female Triumphant will be the first major auction since London’s strong sales in December, which brought in a respectable sum of around £40m for both Sotheby’s and Christie’s despite somewhat unremarkable offerings.

Many works by women fared well in these sales as well, including a still life by Clara Peeters that doubled its estimate at Sotheby’s, selling to the National Gallery of Art in Washington for £634,000; Christie’s set a new artist record for Dutch portraitist Judith Leyster when her Merry Company sold for £1.8m. Around the same time, Gentilischi’s Lucretia tripled its estimate at the Dorotheum in Vienna to, going to an Australian buyer for €1.9m. 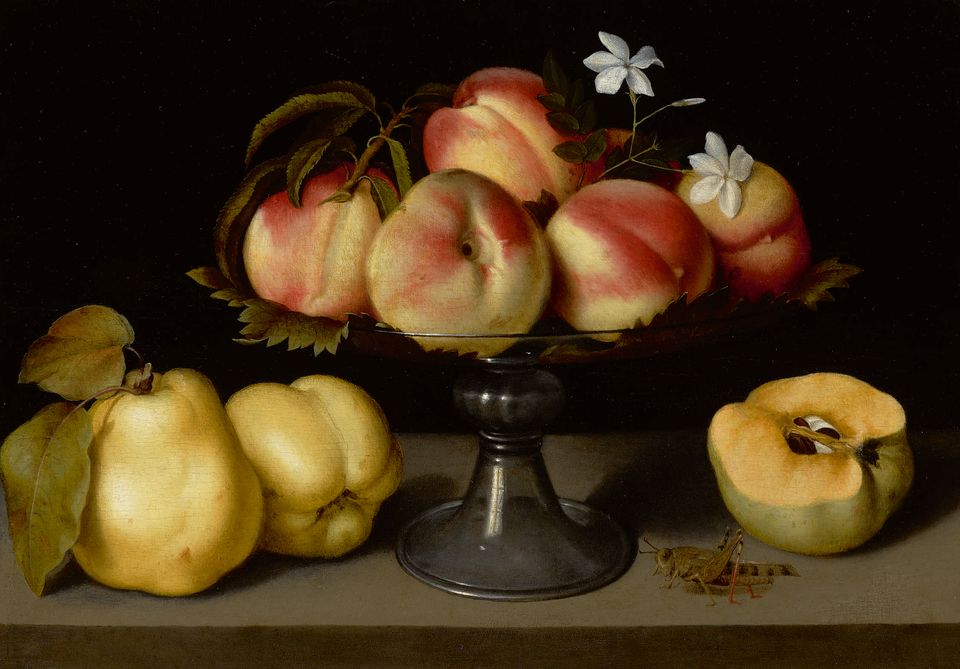 Fede Galizia's A Glass Compote with Peaches, Jasmine Flowers, Quinces and A Grasshopper could double its previous $1.6m sale, which set an auction record in 2006. Sotheby's

Because many of these women artists faced steeper barriers to entry into the marketplace even in their own time, there are fewer works that remain in existence today than their male counterparts. “It was a challenge to find these few works,” Harvey says. While this relative rarity plays a big factor in setting the price, Harvey notes that valuation is made all the more difficult by the fact that “there’s also less of a pricing history simply because so few have been sold over time".

Indeed, in 2018, Sotheby’s reports that it sold 1,100 works by male Old Masters and only 14 by their female contemporaries. Yet there has been a recent surge in institutional attention and academic scholarship around artists such as Le Brun, who was the subject of a major survey at the Grand Palais in Paris and New York's Metropolitan Museum of Art in 2016, and Gentileschi, who will be the subject of a major 2020 exhibition and London’s National Gallery, which recently acquired her rare self-portrait for £3.6m.

The market is due to catch up and Harvey sees the Female Triumphant sale as a prime opportunity to see these works, most of which have been hidden away in private collections, re-evaluated and adequately re-homed: “We anticipate a lot of museum interest as many revisit their holdings to make them more inclusive and, in general, we’re particularly looking to diversify the collector base for Old Masters with this sale.”