A picture says a thousand words

Ten years after hurricane Katrina hit New Orleans, we asked artists and curators to describe what they see as the defining image of the storm and its aftermath

Isolde Brielmaier, the curator and director of the contemporary art initiative at the Westfield World Trade Center—who also organised the Katrina anniversary show REVERB: Past, Present, Future at the Contemporary Arts Centre (CAC) in New Orleans (until 1 November)—says that this image by the local photographer Charlie Varley “captures it all. It really struck me when I first saw it. It’s an impactful, sad, frustrating and hopeful call by the masses—the resilient, strong people of New Orleans—for so many crucial things that were and are essential to our humanity and dignity as human beings in this world. It connects what is local to what is global and still, ten years after Katrina, it is a powerful reminder of what happened, how NOLA survived and continues to triumph, as well as what is needed in our world today.” 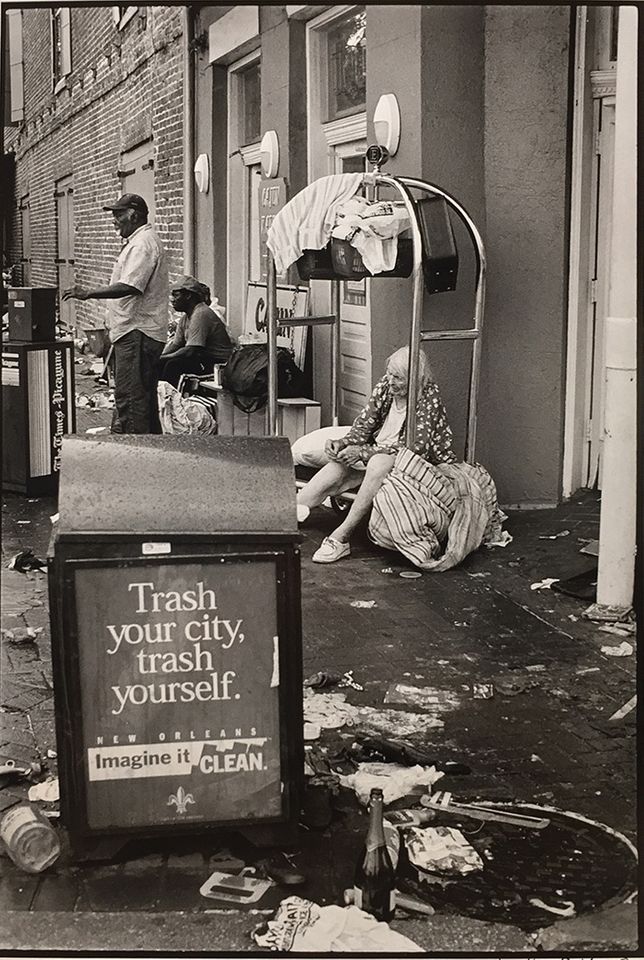 Franklin Sirmans, the artistic director of Prospect 3 in New Orleans who is the department head and curator of contemporary art at the Los Angeles County Museum of Art, picks Joshua Mann Pailet, Imagine It Clean (2005) as a defining image of the hurricane’s impact: “This is the immediate aftermath. The chaos of the storm has subsided, it’s the morning after. And the morning after in the French Quarter could be messy but this is not that. The real chaos is already being modified by an irony suggestive of the true horror to come in this slice of civic promotional advertising perfectly captured by Pailet.” Sirmans saw the image in A Gallery of Fine Photography in the French Quarter, which is owned by the artist Joshua Mann Pailet, who stayed in New Orleans when Katrina struck and documented her impact. 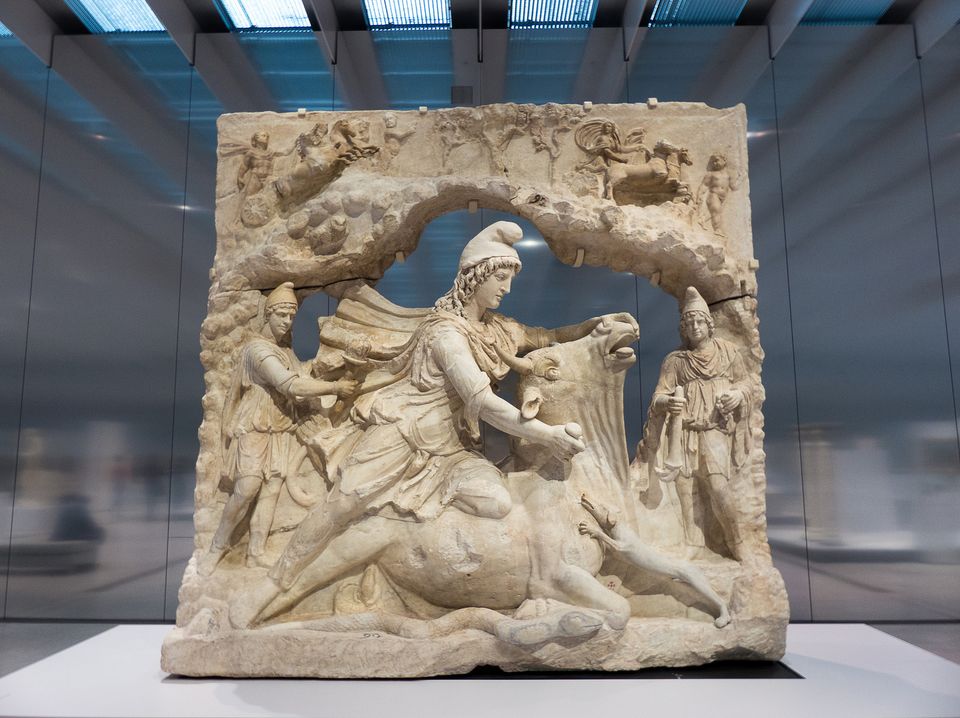 A Roman relief (around 100-200 AD) of Mithra slaying the bull, on display at the Louvre-Lens Museum. Photo: Flickr user Yann Caradec

The artist Mark Bradford created a powerful work of art for the first Prospect Biennial in New Orleans (the event is now called the Prospect Triennial): a 65-foot long, ark-shaped sculpture entitled Mithra (2008). “Ten years later, when I think of Katrina, I still go to the classical story of Mithra,” he says. “There are many classical sculptures that depict the scene of Mithra slaying the bull. The bull’s blood floods and reseeds the earth, and his body regenerates life. I guess it’s this idea of hope in the wake of catastrophe and systemic failure that inspires me as an artist. It reminds me why we need always to question power and critique the system.” 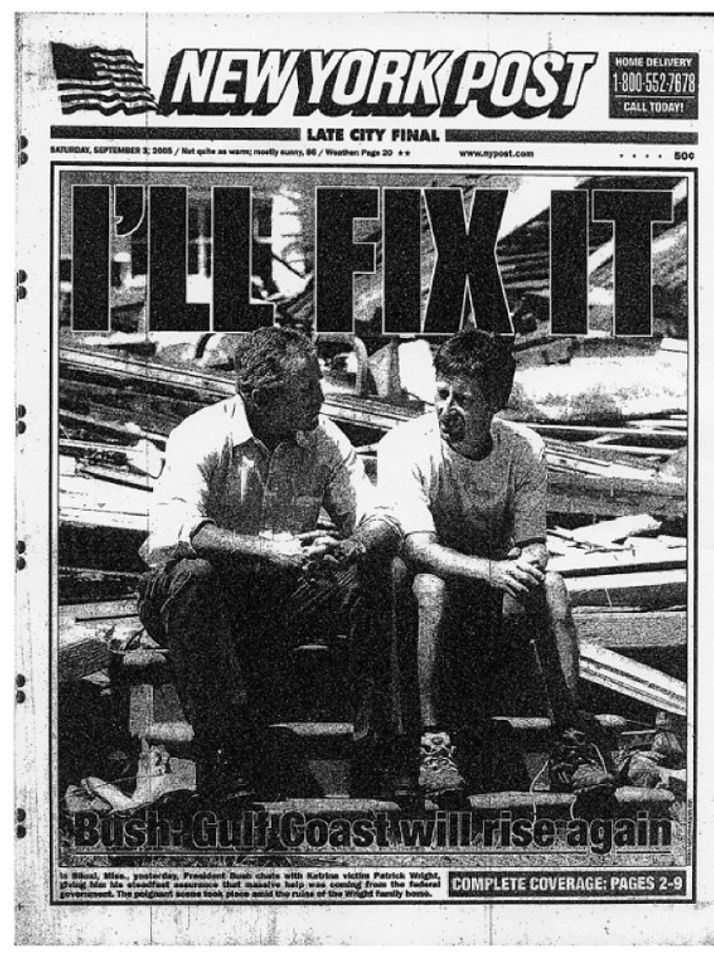 Paul Chan reprinted the cover of the New York Post in his book Waiting for Godot in New Orleans: A Fieldguide

Artist Paul Chan picks the front cover of the New York Post on 5 September 2005 as his defining image of Katrina. “I chose this image because it is the tragicomic par excellence,” he says. “Also, a Bush is running for president. And I think it’s worth remembering what this family has already done to New Orleans and elsewhere.”

Artists Chandra McCormick and Keith Calhoun have been documenting life in New Orleans since the 1970s. Together, the married couple runs the L9 centre for the Arts in New Orleans’ Lower Ninth Ward, an area devastated by Katrina. Most of their lives’ work was damaged in the storm but they saved some of the waterlogged prints as new, altered bodies of work. 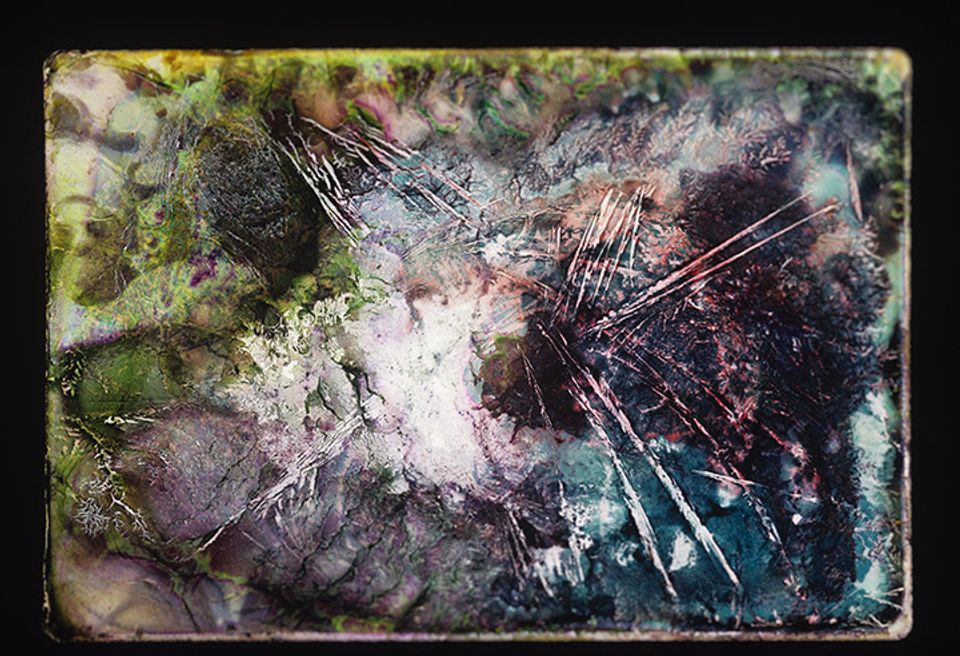 Chandra McCormick picks Abstract, New Orleans, Louisiana, 1986: “The tenth anniversary of Hurricane Katrina is upon us. This image reminds me of the resilience of our community’s indigenous people. There’s trauma, confusion, and shock from all of this. We are being pushed out of our communities everyday, but the strength of our people is resilient, so is the work.” 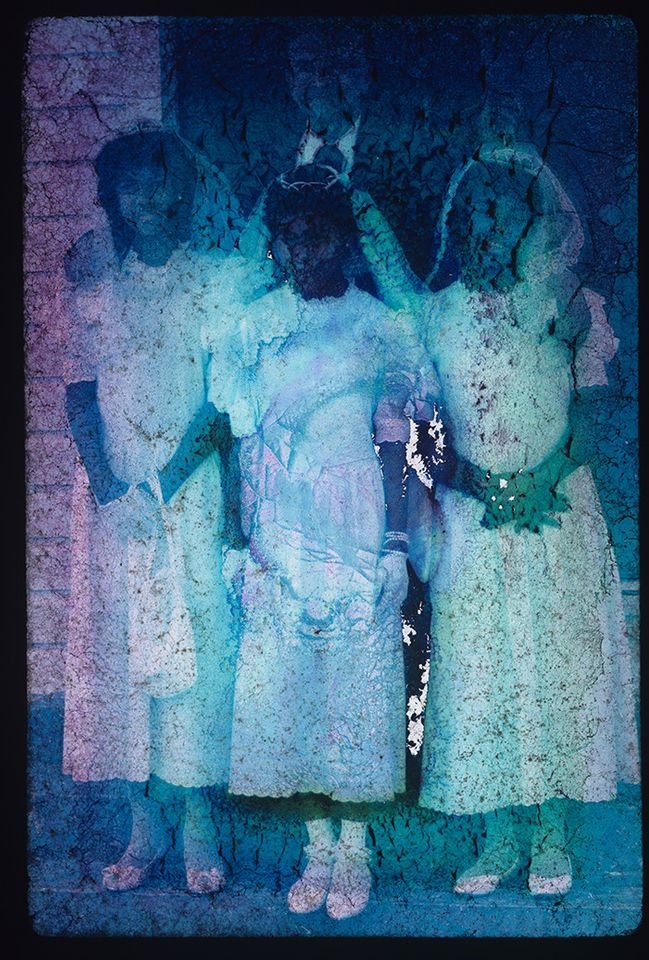 Keith Calhoun, picks The Communion, taken in Phoenix, Louisiana in 1980: “This transparency survived through the storm. It is a picture of Reverend Summers and three little girls taking Communion at Zion Traveler’s Baptist Church in Phoenix Louisiana. This photo was taken in a community that was heavily inundated by the water and winds of hurricane Katrina. There was 32 feet of water in this community.  This photo represents strength and dignity of three little girls and their minister, just as that community has come back and their church community has rebuilt as well.”