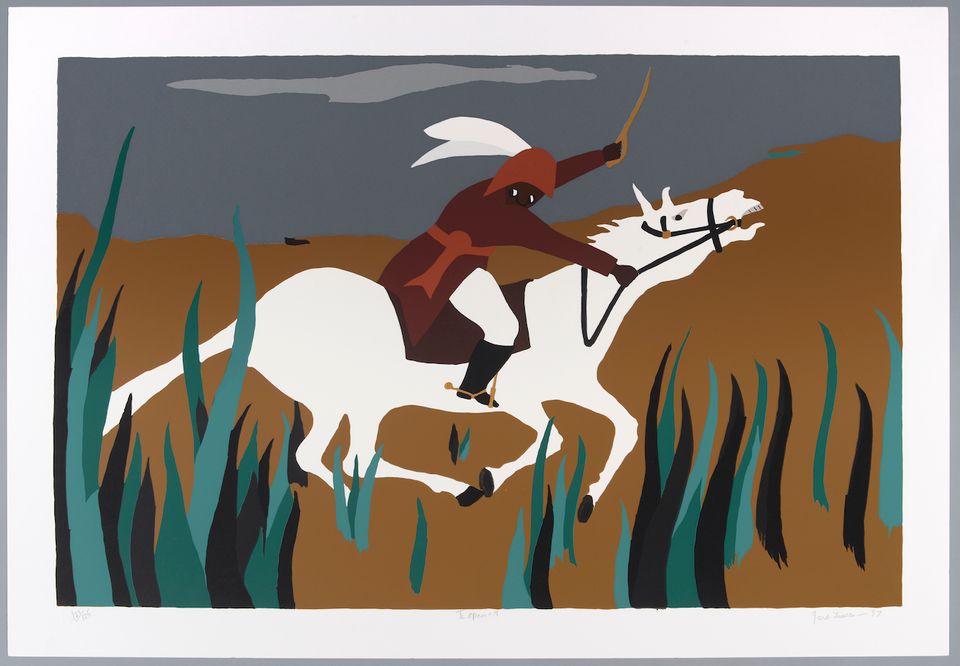 Jacob Lawrence, Toussaint at Ennery (1989) from the series The Life of Toussaint L’Ouverture (1986-97) Colby College Museum of Art

A print series by Jacob Lawrence depicting the legacy of the Haitian revolutionary Toussaint L’Ouverture has been acquired by the Colby College Museum of Art in Waterville, Maine.

The 15 screenprints comprising The Life of Toussaint L’Ouverture (1986-97) are based on a series of 41 tempera paintings of the same title that Lawrence made between 1936-38, which are held in the collection of the Amistad Research Centre at Tulane University in New Orleans, Louisiana.

The vignettes depict significant moments in L’Ouverture’s life and events that led to the Haitian Revolution, which toppled French colonial rule. L’Ouverture, who was born into slavery in 1743, rose to become the commander-in-chief of the Revolutionary Army and led the campaign to draft Haiti’s first democratic constitution in 1800.

“Lawrence made visible the experiences and struggles of marginalised people in America, especially Black Americans,” says Jacqueline Terrassa, the director of the museum, “In this case, he takes us beyond our geographic borders and connects viewers in the US with the lives of people in Haiti and the larger, transcontinental story of slavery and the quest for liberation.”

Lawrence depicts L’Ouverture as a “Black Napoleon”, who “fought and contributed much to our continuous struggle for liberty”, he told the writer Walter Dean Myers, who published a children’s history book in 1996 using images from the series. 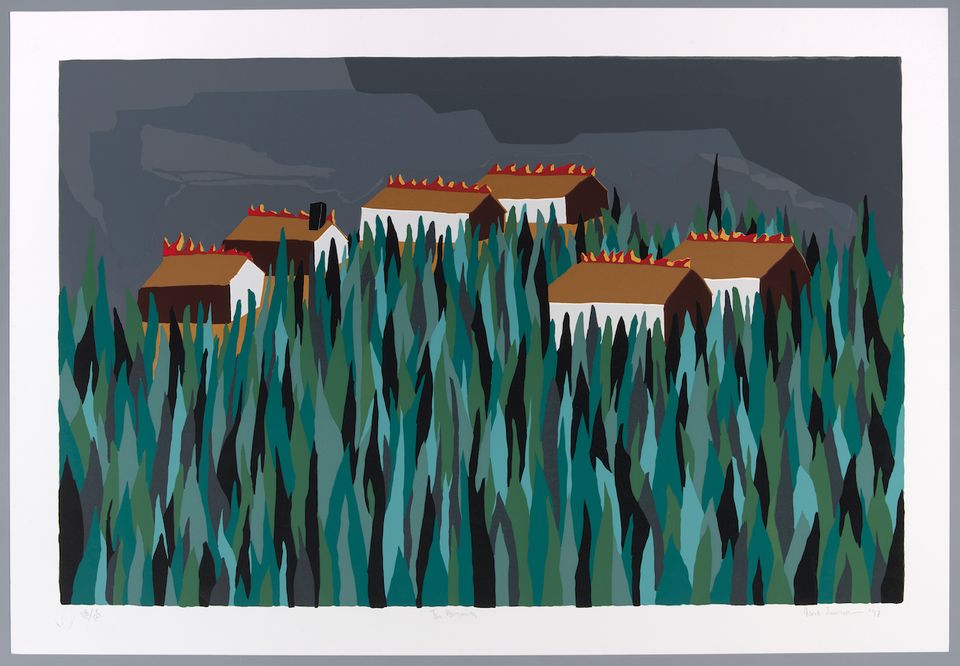 Jacob Lawrence, The Burning (1997) from the series The Life of Toussaint L’Ouverture (1986-97) Colby College Museum of Art

The L’Ouverture series is the first of Lawrence’s monumental narrative cycles, which would later include tributes to the lives of Frederick Douglass, Harriet Tubman and other figures of the ongoing Black resistance movement. These works—which eventually lead to Lawrence’s magnum opus, The Migration Series (1941)—also represent a turning point in the artist's practice as he honed what would become his signature style: a mix of geometric abstraction and reductive representation.

Many of the paintings and prints in Lawrence’s narrative cycles were sold individually rather than as a series, against the artist’s wishes, and complete sets are scarce. An exhibition at the Metropolitan Museum of Art in New York recently led to the recovery of an additional panel from the epic series Struggle: From the History of the American People (1954-56).

The print series, which can be viewed online, joins three other works by Lawrence in the museum’s collection, including Builders #1 (1968), Often Three Families Share One Toilet (1943) and Protest Rally (1965). “These works are part of a growing area of strength in our collection comprised of works by some of the most significant Black artists working in the 19th, 20th and 21st centuries,” Terrassa says. 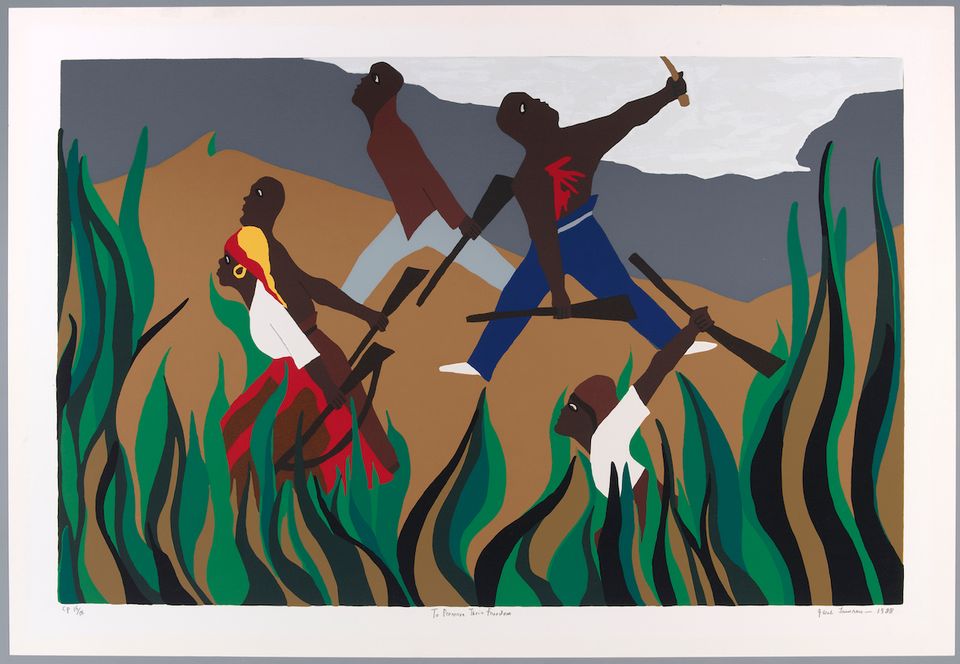 Jacob Lawrence, To Preserve Their Freedom (1998) from the series The Life of Toussaint L’Ouverture (1986-97) Colby College Museum of Art

“Over the past several years, the Colby Museum has recognised the imperative to diversify the art we collect and present, and we have deliberately transformed our collection over the last several years to reflect that commitment,” Terrassa says. “We cannot tell the story of American art without representing the practices of a diverse range of artists or without the stories of Black Americans, which include but are decidedly not limited to stories of struggle.”

The philanthropists and art collectors Peter and Paula Lunder, who donated the series to the museum, bought the work from DC Moore in New York. The couple has previously made generous contributions to the museum, including a $100m gift in 2017 and more than 1,500 important artworks by artists like Rembrandt van Rijn and Vincent van Gogh.