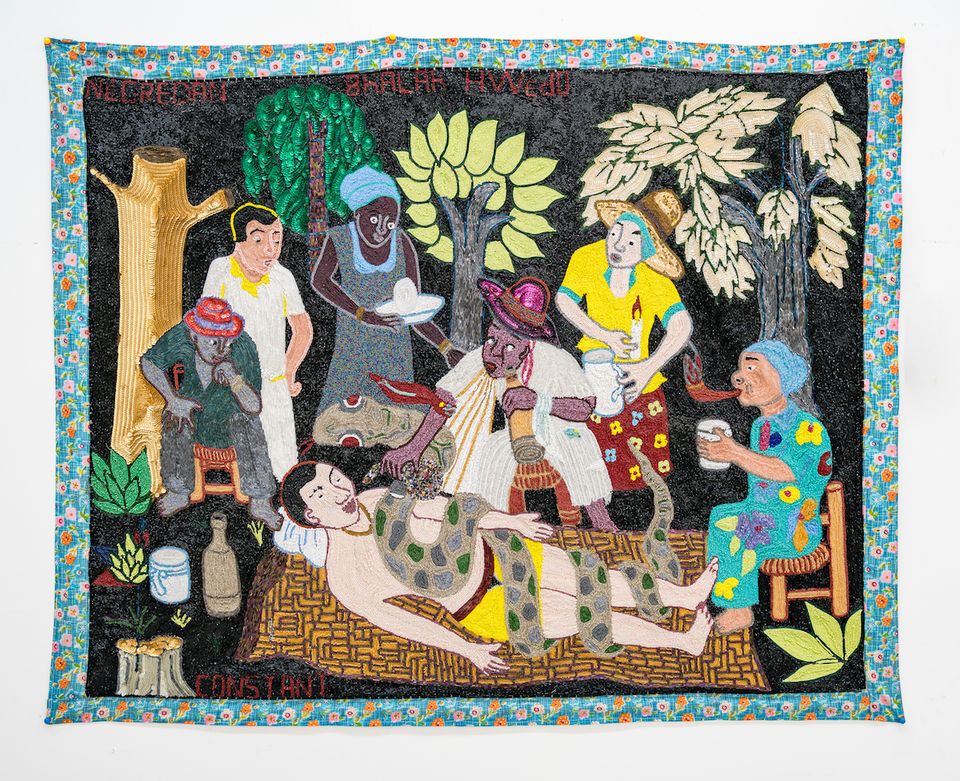 Myrlande Constant, Exorcism, 2019 Courtesy of the artist and CENTRAL FINE.

“Art has always been an inherently spiritual practice,” says Zoe Lukov, the chief curator of the second annual Faena Festival, which runs from 2-8 December across multiple venues in Miami Beach, coinciding with Art Basel Miami Beach. “Our rituals and ceremonies are indivisible from our contemporary creative output.”

Titled The Last Supper, the 2019 edition of the festival will bring together a series of new commissions, installations, videos and performances that draw on religion, spirituality, food and ritual. The initial artist line-up includes Yael Bartana, Myrlande Constant, Gabriel Chaile, Camille Henrot, Zhang Huan, The Propeller Group and Emeka Ogboh; additional artists will be announced in the coming months.

Lukov says that growing relevance of artwork that celebrates—or at least does not shy away from— the metaphysical and spiritual is due to the fact that "we’re living in a really strange moment that often seems cataclysmic, disjointed and untethered". She adds that many people are looking for new forms for connecting and congregating, "for sharing experience potentially in the hopes of healing our individual bodies, but also perhaps more radically in the hopes of healing the collective or national body, the environmental body". Art provides a communal, creative framework in which to explore these these ideas and and potentially shape what we envision for our collective future.

Highlights of the festival include works by the Haitian artist Myrlande Constant, known for her painterly vodou flags often made in honour of "lwas", or Haitian spirits, who will create her largest flag to date flanking the lobby of the Faena Hotel along with a selection of previously created flags. Shanghai- and New York-based performance artist Zhang Huan will create a sculptural installation comprising two buddhas, with one made from aluminium and one from incense ash, which will disintegrate on the beach to symbolise impermanence. The festival will also screen Inferno (2013) by the Israeli artist Yael Bartana, a cinematic epic that documents the construction of a biblically-specific replica of the Temple of Solomon in São Paulo by a Brazilian neo-Pentecostal church.

The Argentine real estate developer, hotelier and art collector Alan Faena, the founder of the Faena Group, launched the free arts festival last year. The event is "the ultimate incarnation of my vision to create a platform to support artists, rebels and agents of change who inspire us," he says in a statement.