A timewarp in every room: French château Azay-le-Rideau restored

The 19th-century interiors of one of France’s most spectacular châteaux, Azay-le-Rideau in the Loire valley, have been recreated. Built between 1518 and 1527 on the ruins of a medieval fortress, Azay-le-Rideau was purchased empty by the French state in 1905 and furnished over time with an eclectic assortment of 16th- to 19th-century objects. These interiors “may be a disappointment for visitors”, said Philippe Bélaval, the head of the Centre des monuments nationaux (CMN), which manages the property.

In 2013, an ambitious project to refurbish the castle’s rooms was launched. Due for completion in 2020, this scheme will recreate a different historical period on each floor of the building: the Renaissance on the first floor and the 19th century on the ground floor. This is “a way to respect the successive layers of history”, Bélaval said.

The most recently completed room is the Salon des Biencourt on the eastern ground floor, which reopened in February, a reimagining of the space created by the Marquises Armand-François-Marie de Biencourt and his son Armand-Marie-Antoine de Biencourt, members of the aristocratic family that lived in the château from 1791 to 1899. 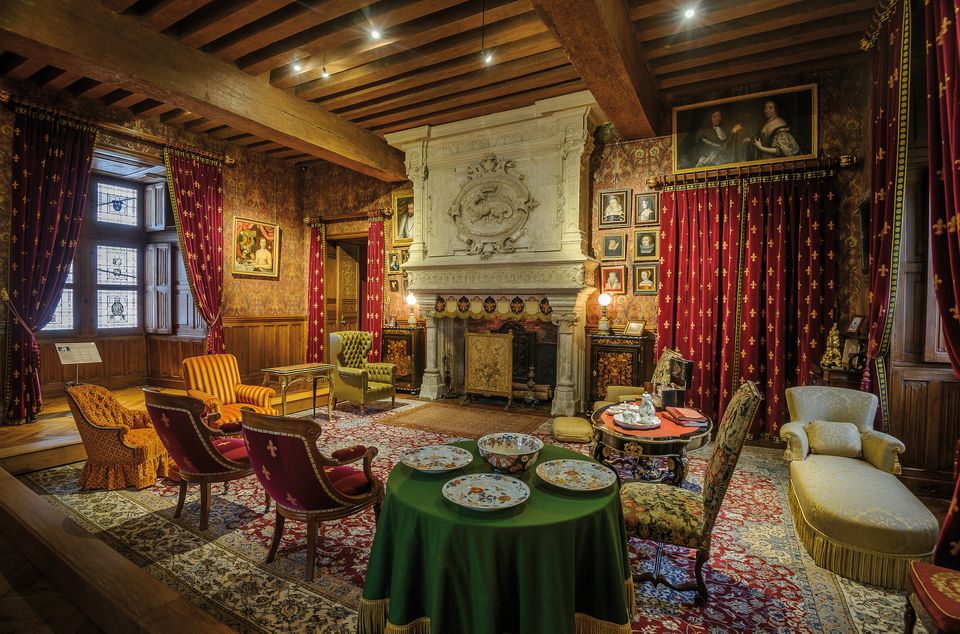 The Biencourts’ furnishings, which showed a taste for the Renaissance, were documented by photographs taken in 1898 and 1904, as well as written sources such as the 1854 inventory at the death of Armand-François-Marie and descriptions of the furniture from 1898, before the property was sold. Unfortunately, with the exception of a few pieces of tableware, the national monuments centre was unable to acquire the original furnishings, which had been sold off over the years. So the agency turned to the Mobilier national, the country’s furniture collection, for pieces of the same period and style, such as a game table in Boulle marquetry, neo-gothic chairs and a rosewood glass-front cabinet.

The paintings crowded on the walls, such as a portrait of Catherine de Médicis (1892) on loan from the château of Versailles, are similar works to those in Armand-François-Marie’s impressive collection of portraits of royals and royal mistresses, which a descendent left to the château of Chantilly in 1930. The textiles are reproductions based on the photographs. The room retained its period panelling and fireplace.

The redecoration of the ground floor is due to continue through 2018, with a dining room in the Biencourts’ style planned to reopen at the end of this year. Meanwhile, a 34-month exterior renovation of the château’s roofing and façade, including its sculpture and woodwork, is due to be completed next year.