A valentine to New York City, in a gift of 130 urban scenes by Chagall, O'Keeffe, Hockney and other artists 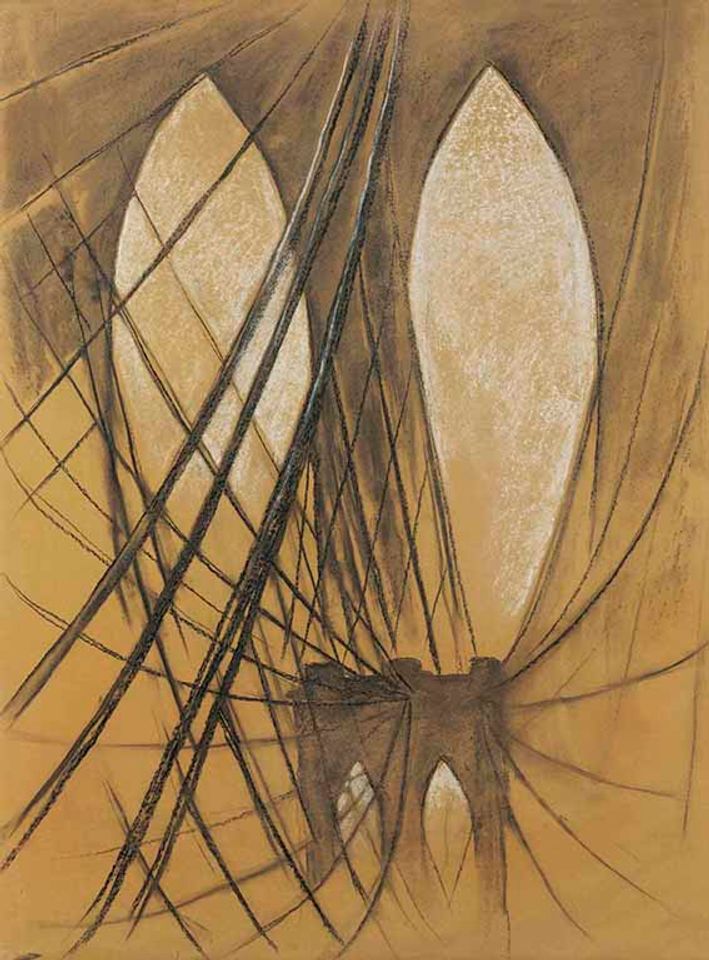 The art, dating from the mid-19th through the 21st centuries, includes works by artists from movements associated with New York City like the Ashcan School, Abstract Expressionism and Pop Art as well as international artists with a feeling for the city. With its robust representation of 20th-century artists, it is a significant bulwark for the New-York Historical Society’s collection, which is known more for Colonial portraiture, Hudson River School landscapes and 19th-century genre painting than later works of art, the institution says.

“Our collection will be very much amplified by the gift,” Louise Mirrer, president and chief executive of the New-York Historical Society, said in an interview. “There’s a visual experience of history that we provide with our Hudson River paintings but don’t provide for the 20th century–that’s the most dramatic way that this collection will alter the picture for our visitors.”

A major exhibition of all 130 works and a publication are planned for the fall of 2021, and a dedicated space at the museum known as the Elie and Sarah Hirschfeld Gallery, Scenes of New York City will be devoted to rotating works from the couple’s gift.

Mirrer said the collection was being gifted over a period of years: “They’ll arrive in waves, and we’ve plotted out the waves.” Of the 107 artists whose works make up the gift, 82 are not currently represented in the society’s collection. 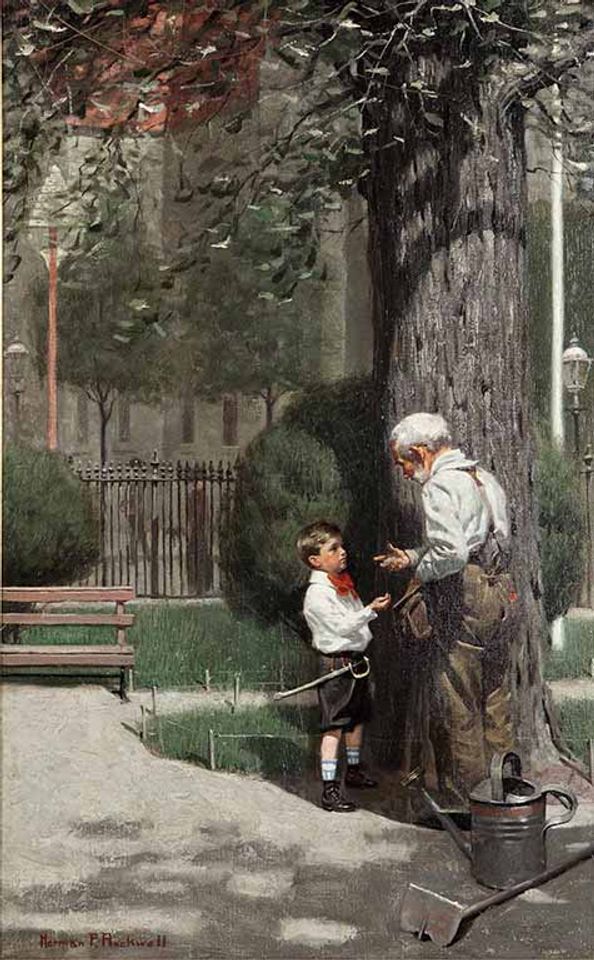 Among the highlights of the donation cited by Mirrer are Norman Rockwell’s painting Gramercy Park from around 1918, “a marvelous depiction of a New York City landmark that’s very personalised because it resonated for Rockwell”, and Georgia O’Keeffe’s charcoal and chalk work on paper Study for Brooklyn Bridge (1949), which the artist executed around the time she left New York to live permanently in New Mexico. The museum describes the donated O’Keeffe and a corresponding painting in the Brooklyn Museum’s collection as “homages to her success in the city and also as monument to the power of bridges to connect people and places–thus as a gateway to her new life”.

Mirrer also cited Jacob Lawrence’s Harlem Diner (1938), a Depression-era gouache that is a prelude to the 1940-41 Migration Series depicting the massive moment of African-Americans from the rural South to the urban North, and David Hockney’s 2002 watercolour-and-crayon on paper View From the Mayflower Hotel, New York (Evening). She describes the Hockney, which depicts an Upper West Side hotel that was torn down in 2004 to make way for a luxury condo development, “as a bittersweet story of a tear-down, build-up city”. 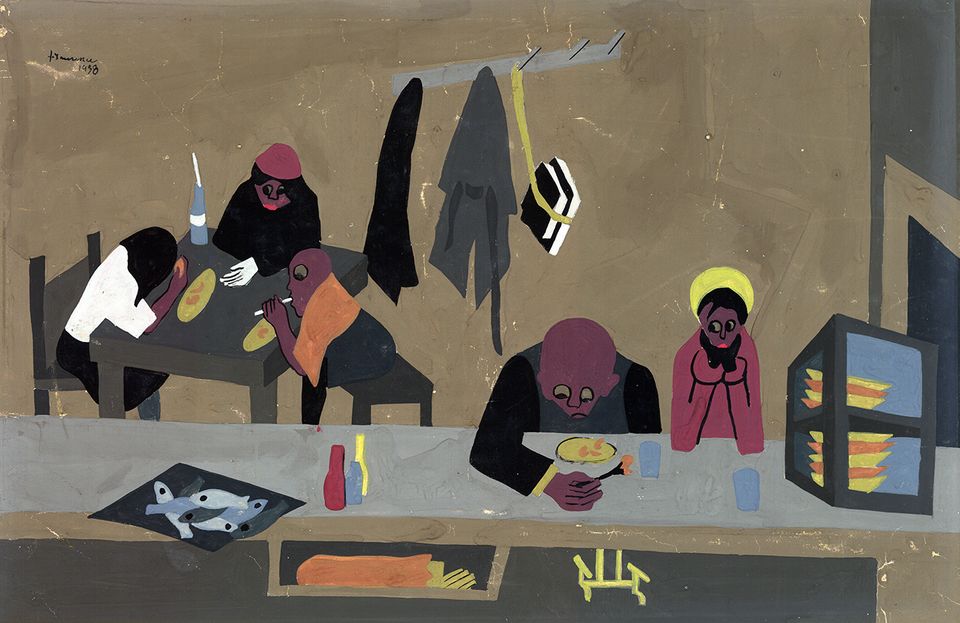 “I wasn’t a brilliant hotel but it was a meeting place and a fixture and it meant something,” Mirrer says of the 1926 Central Park West building, which was just blocks from the New-York Historical Society. “The fact that it’s not there anymore and you’re reminded of it in a painting—that tells a story. For all that nostalgia and sadness, that rebuilding is probably why we live in New York.”

The New-York Historical Society is a repository of history, not an art museum, and Mirrer says that its storytelling function may have been part of what prompted the Hirschfelds—Elie Hirschfeld is a prominent New York real estate developer, and Sarah Hirschfeld is a scientist at Rockefeller University—to donate the art to the institution. “We would be able to make use of the works in a way that would be different from what an art museum would make of them,” she said. “We would use them to tell history and to convey to people what New York is and has been, and what people have aspired to be.” 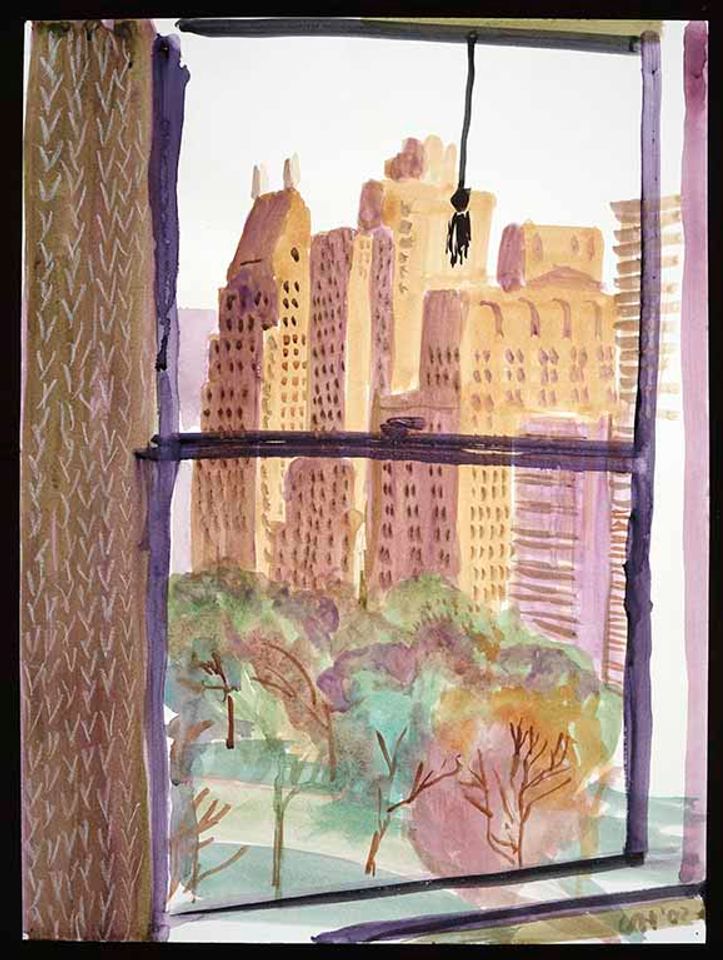