Not a fake: Van Gogh self-portrait is his only work painted while suffering psychosis, experts say 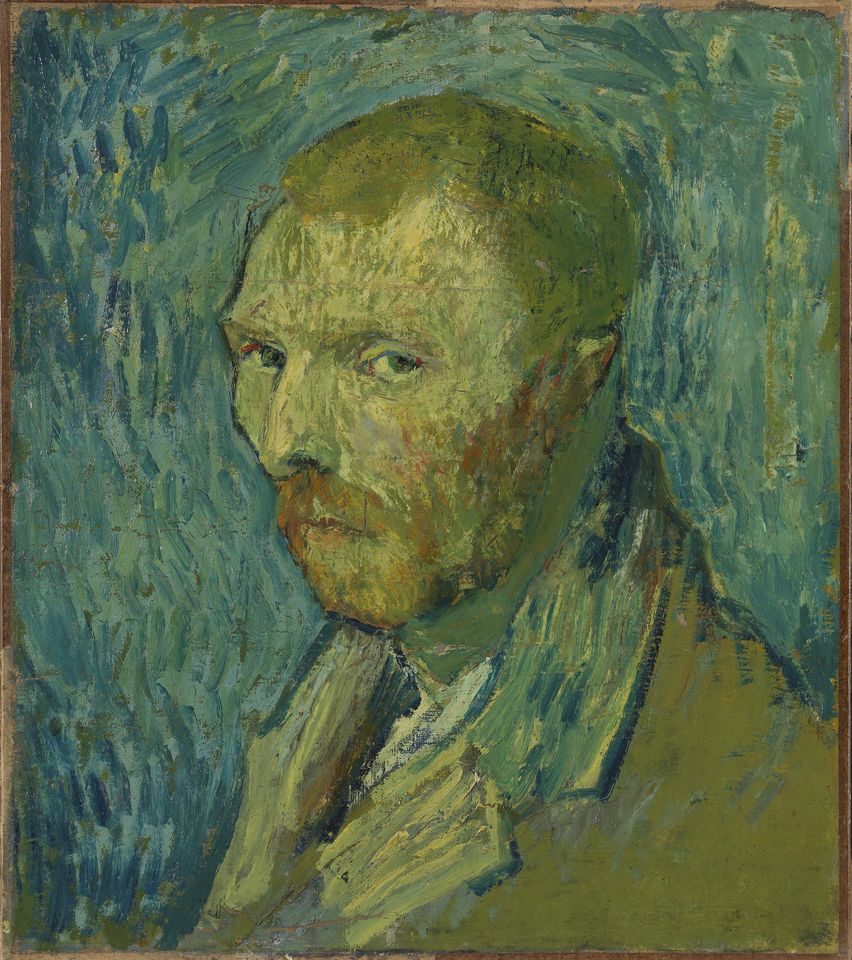 A Van Gogh self-portrait dismissed as a questionable fake has now been authenticated. The picture, which belongs to Norway’s National Museum, was painted in August 1889 in the mental asylum near Saint-Rémy-de-Provence. Today it will go on display at the Van Gogh Museum in Amsterdam, where it is on loan.

The Oslo self portrait is a highly disturbing image, depicting the artist just as he was emerging from a severe mental crisis. According to Louis van Tilborgh, the Amsterdam museum’s senior researcher, it is the “only work Van Gogh is known to have painted while suffering from psychosis”. As such, the newly reattributed self-portrait provides a unique insight into his mental condition.

Van Gogh depicts himself with a gaunt face and haggard expression. His face is only partly turned towards the viewer, avoiding our gaze, and his eyes have a glazed expression. The artist appears weak and vulnerable, with drooping shoulders. Van Tilborgh says that his timid, sideways glance “is often found in patients suffering from depression and psychosis”.

When Norway’s National Museum bought the painting in 1910 it was the first Van Gogh self-portrait to enter a public collection anywhere. But by the 1970s the attribution was being questioned because of its weak execution and disturbed facial expression. In 2003 the Norwegian conservator Johannes Rød suggested that it was a forgery. Mai Britt Guleng, the current Oslo curator, says that before the painting was sent to Amsterdam for study it was labelled as only “attributed” to Van Gogh.

The Oslo picture is quite unlike Van Gogh’s other 35 self-portraits, in depicting him as a disturbed soul. Not surprisingly, the attribution was seriously questioned: the painting’s early provenance remained unknown until recently, its style and colouring seemed atypical and art historians argued over whether it fitted in with the artist’s work in Arles, Saint-Rémy or Auvers-sur-Oise.

With growing doubts, in 2014 the Oslo museum sent the painting to the Van Gogh Museum for study. After more than five years of research, a summary of their findings is being released this morning and a detailed report by Van Tilborgh and his colleagues Teio Meedendorp and Kathrin Pilz will be published in the February issue of the Burlington Magazine.

On the key issue of provenance, a proposal made in 2006 by a previous Oslo curator, Marit Lange, has now been accepted. The self-portrait originally belonged to Joseph and Marie Ginoux, who ran the Café de la Gare in Arles, where Van Gogh lodged in 1888. In 1896 they sold the painting through Henry Laget, a local middle man, to Ambroise Vollard, the avant-garde Parisian dealer.

Van Tilborgh believes that the self-portrait was painted in late August 1889, in the asylum just outside Saint-Rémy: “The somewhat unusual type of canvas, the pigments, the sombre palette and the brushwork are all in keeping with his output in the late summer and autumn of that year.”

The painting is now linked to a letter in which Van Gogh wrote that he had made a self-portrait which was “an attempt from when I was ill”. The artist had suffered a severe mental attack at the asylum in mid July 1889, when he tried to swallow paints, but by 22 August he had recovered sufficiently to write to his brother Theo, asking that he be allowed access to his painting materials. Van Tilborgh argues that the artist made the self-portrait a few days later, before he suffered a minor setback and was ill for a short period at the beginning of September.

The result is an unsettling picture. Van Gogh could have resumed work after the crisis by painting a still life of flowers, but instead he turned to his own features. Van Tilborgh sees the self-portrait as “an expressive picture about suffering”. Taking up work proved therapeutic for the artist, “aiding his recovery”.

What is striking, at least for us today, is the depiction of the ear. The upper part is only loosely sketched in and the lower part seems to be almost missing.

Eight months earlier Van Gogh had severely mutilated his left ear, which at first glance appears to be the one in the painting. But while working on the self-portrait he would actually looking at his features in a mirror, in reverse, thereby seeing his intact right ear.

However, Van Gogh must surely have realised that those outside the art world would assume that he was depicting his left ear, which had been mutilated. He could have tried to avoid the problem by disguising some of the ear with hair, but he has deliberately and unflinchingly allowed the upper part to remain highly visible, with lighter-coloured paint.

Van Tilborgh argues that the artist began by depicting his fully intact right ear, but then took a palette knife to the picture, scraping away some of the paint. He believes that Van Gogh scraped the picture to give his face a more lifeless expression and to strengthen the impression of mental anguish.

Van Gogh normally sent his paintings to his brother Theo in Paris, so how did the Oslo self-portrait end up at the Café de la Gare? Presumably Vincent did not wish to give such a depressing image of himself to Theo, since he wanted to appear a strong character who was dedicated to his art. He therefore decided it should be a present for Madame Ginoux, one of his closest friends in Arles.

Marie Ginoux was then going through a period of ill health, causing Van Gogh concern. Van Tilborgh explains: “Vincent was unhappy in life, and thought she was too. In giving her the self-portrait, he was saying: ‘My situation is worse than yours, but we are soulmates.’ It is a heart-broken self-portrait, crying out for sympathy.”

Van Tilborgh believes that Vincent probably took the self-portrait to the Café de la Gare on a short visit to Arles in January 1890. The Ginoux couple may have had little enthusiasm for this gift, since it was hardly a pleasant reminder of their friend. Five years later they were probably relieved to be able to sell it, even for a modest sum (they received 110 francs for three of his paintings, equivalent to around £4 at the time).

The Oslo self-portrait is going on temporary display at the Van Gogh Museum today and will then be shown in its exhibition In the Picture (21 February-24 May), on artists’ portraits. After that the self-portrait will return to Norway, where it is likely to remain in store until the National Museum reopens in a new building in spring 2021.

• Martin Bailey’s weekly blog Adventures with Van Gogh this Friday will be on recent reattributions of paintings which had been dismissed as fakes.