British architect David Adjaye to build a church, mosque and synagogue on a united site near the Louvre Abu Dhabi 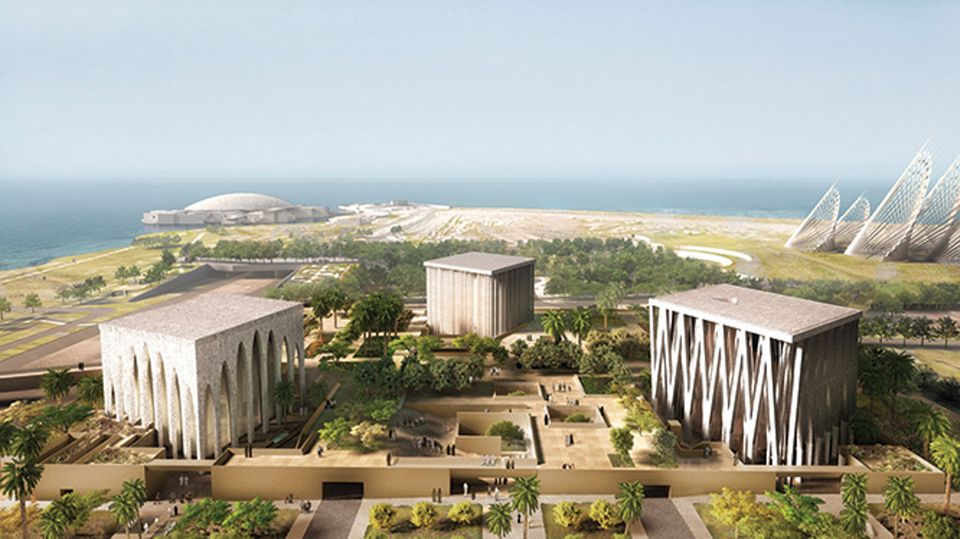 Louvre Abu Dhabi is due to have a new neighbour on Saadiyat Island, the Abrahamic Family House, consisting of a church, a synagogue and a mosque resting on a secular visitor pavilion. The British architecture firm Adjaye Associates has won the design competition with three rectangular buildings, each with different, soaring, external cagework symbolising the three religions’ differing but similar striving towards the one God they worship. Besides their monotheism, all three share Abraham as a key figure: the Jews because he was the man to whom God pledged the promised land; the Christians and Muslims because the story of the sacrifice of Abraham and Isaac is a symbol of obedience to God. A rabbi has been appointed from New York University Abu Dhabi for the synagogue and the church and mosque will have their own clerics.

The commissioning body is the Higher Committee for Human Fraternity, set up after Pope Francis and Ahmed Al Tayeb, Grand Imam of Al Azhar University in Cairo—the closest to an ultimate authority for Sunni Muslims—signed the Document of Human Fraternity in February this year. Pope Francis was presented with the designs at the Vatican early November.

Unlike Saudi Arabia, which forbids any public manifestation of religions other than Islam, the UAE has a tradition of tolerance dating back to its founder, Sheikh Zayed bin Sultan Al Nahyan, who ruled from 1971 to 2004. The Crown Prince of Abu Dhabi, Sheikh Mohammed bin Zayed al Nahyan has financed excavations of a Christian monastery, and in 2016 he pronounced iconoclasm to be “rejected by all God-given religions” after the destruction of monuments by Islamic State.

This year has been proclaimed the Year of Tolerance by the UAE government and in September 18 non-Muslim places of worship in the various emirates were given official legal status.