'Stolen' ancient sculpture returned to Nigeria is 'the kind of fake you could buy on eBay', African art expert says

Countries' rush to restitute objects is part of the problem, says Belgian lawyer 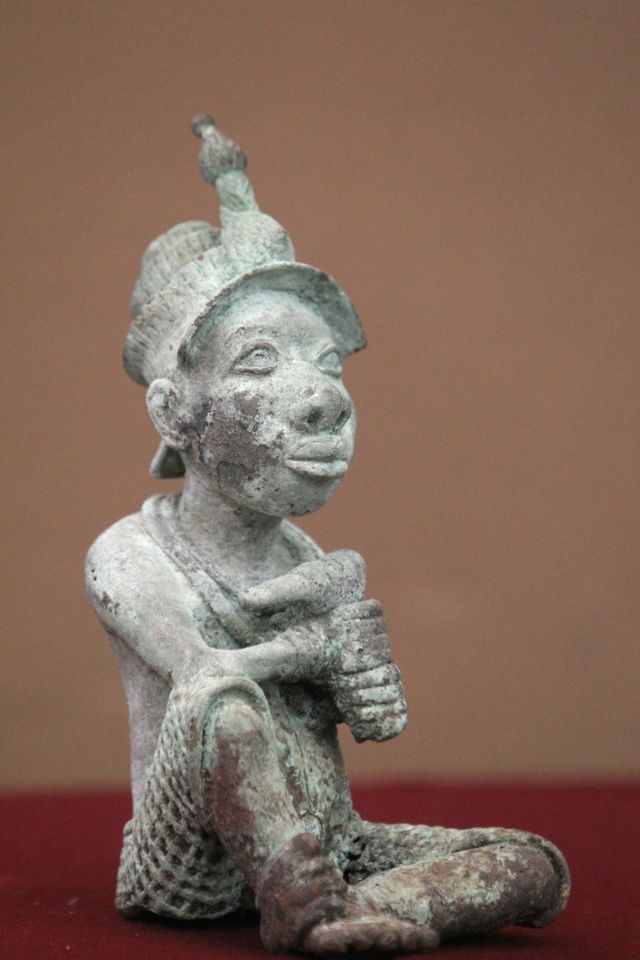 Specialists in ancient African art say that a bronze Ife sculpture returned recently from Mexico to Nigeria is fake. The piece, depicting a man in a head dress sitting cross-legged, was recently seized at the airport in Mexico City.

Specialists at the National Institute of Anthropology and History—an agency affiliated with the Mexican government’s ministry of culture—helped identify the artefact as a sixth-century piece hailing from the ancient Yoruba kingdom in southwestern Nigeria. The piece was handed to Nigeria's ambassador to Mexico, Aminu Iyaw, in a special ceremony last week.

“The sculpture and its provenance were authenticated by experts and agencies of both countries, with the participation of specialists from the National Institute of Anthropology and History. It had been exported illegally,” says a statement issued by the Mexican government.

But Julien Volper, a curator at the Royal Museum for Central Africa in Tervuren, Belgium, tells The Art Newspaper: "I confirm that object is a fake, and of the worst quality. You can find a lot of the same type [of objects] on eBay. This story is ridiculous, and a shame for Mexico." A Paris-based dealer adds that the work is “an airport-quality rough copy”.

Yves-Bernard Debie, a Brussels-based lawyer specialising in cultural property and trade, says that the repatriation to Nigeria took place against the backdrop of the ongoing restitution debate linked to African art. “This demonstrates once again the haste with which governments handle the ‘fashionable’ issue of restitution, disregarding legal, historical facts,” he says.