“There is simply no moral ground for the confiscation of African artefacts in Western museums,” says the Cameroonian philosopher Achille Mbembe 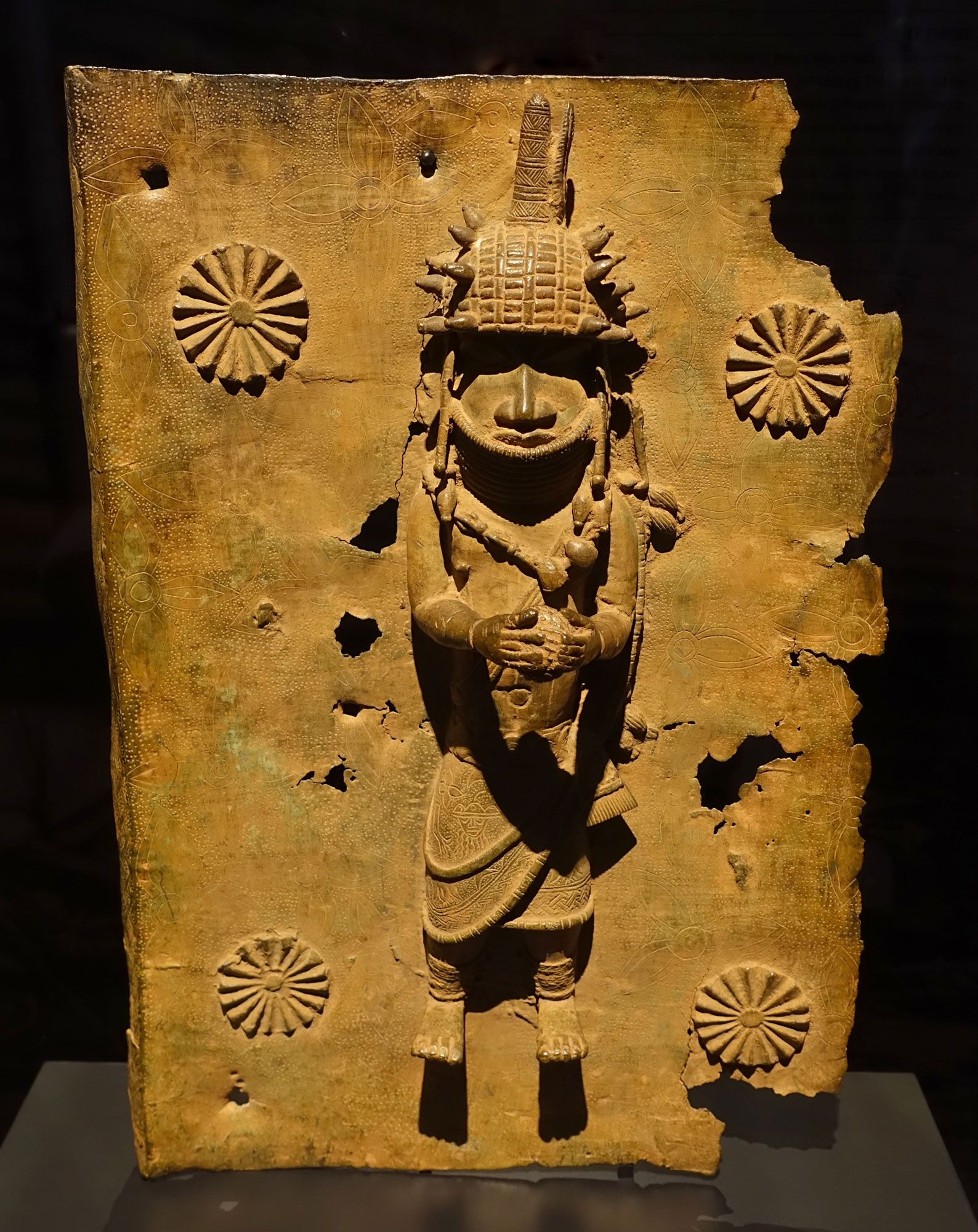 A relief plaque from the royal palace of the Kingdom of Benin, now in the collection of the Rautenstrauch-Joest-Museum of ethnography in Cologne Photo: Daderot

African scholars and activists have welcomed Germany’s moves to permanently return the Benin bronzes in its public collections, a step they expect to galvanise further restitutions of artefacts taken from former colonies and now held in Western museums.

Germany is on course to be the first country to return to Nigeria sculptures looted by British troops from the royal palace of the Kingdom of Benin in 1897. A German foreign ministry delegation visited Benin City last week to negotiate an agreement that would involve permanent restitutions from German museums. The deal is expected to be finalised by the summer.

“The question of returning cultural heritage is part of an honest approach to colonial history,” said foreign minister Heiko Maas in a statement issued today. “It’s a question of justice. In the case of the Benin bronzes, we are working with participants in Nigeria and Germany to create a shared structure, above all in museum cooperation with the planned Museum of West African Art in Benin City.”

Souleymane Bachir Diagne, a Senegalese philosopher and director of the Institute of African Studies at Columbia University in New York, hailed the German government’s initiative. “Germany has really taken the lead,” he says. “The Benin bronzes are particularly important: they are probably the most known and celebrated pieces of art. As spoils of war their return has particular significance.”

A rendering of the main entrance of the planned Edo Museum of West African Art in Benin City, which will house the restituted treasures © Adjaye Associates

Thousands of artefacts were stolen in the devastating attack on the Benin royal palace, including reliefs, shrines and carved ivory artefacts. These were widely traded and acquired by museums across Europe and in the US. Around 25 museums in Germany alone hold looted Benin bronzes.

The artefacts have also become a test of European willingness to restitute heritage looted from Africa in the colonial era. A debate over returning colonial plunder has rumbled on for decades, but it gained new momentum in 2017, when French president Emmanuel Macron pledged in a speech in Burkina Faso to ensure the return of African patrimony in France to Africa within five years.

Several countries have since taken steps. In 2019, Germany’s 16 states approved guidelines creating the conditions for the repatriation of artefacts in public collections that were taken from former colonies “in ways that are legally or morally unjustifiable today”. This January, the Dutch government became the first to approve a central mechanism for repatriating stolen cultural heritage and pledged to return, unconditionally, objects in national collections looted from Dutch colonies.

“It will take the time it will take, but the movement is unstoppable,” says Achille Mbembe, a Cameroonian philosopher and professor at the University of the Witwatersrand in Johannesburg. “There is simply no moral ground for the confiscation of African artefacts in Western museums.”

As Western governments and museums prepare to part with artefacts, their African counterparts are getting ready to welcome long-lost treasures. Nigerian partners including the Oba of Benin, the Edo state government and the National Commission for Museums and Monuments have established a foundation, the Legacy Restoration Trust, to manage the restituted objects and a planned new museum for them. 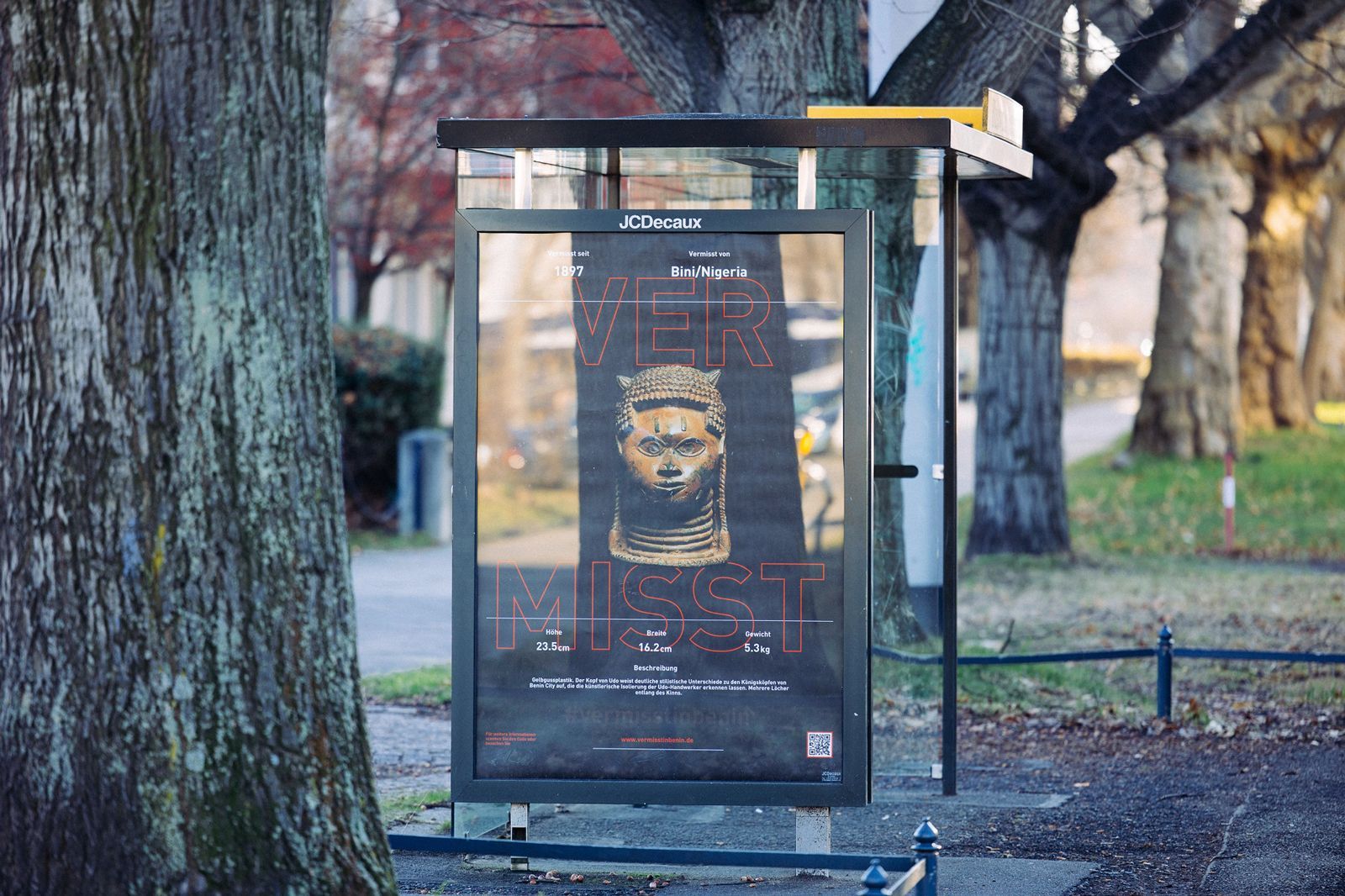 Activists and civil society groups are organising, collaborating and streamlining campaigns. Emeka Ogboh, a Nigerian artist, earlier this year launched a poster campaign in Dresden to bring urgency to the long-running discussion about the restitution of Benin sculptures.

“The talk has been going on for too long and it is time for action,” Ogboh says. “I see Benin as just a starting point. It’s not just about Benin, not just about Nigeria, not even just about Africa—it’s about the world. If the museum in Benin happens, others will.”

In Nairobi, Kimani Njogu of the public policy organisation Twaweza Communications is scheduling webinars with researchers and activists in Ethiopia, Tanzania, Kenya and Uganda to define restitution strategies.

The debate “has become an important area at the level of government, civil society and the academic community” in Africa, he says. “We are asking, what needs to be done by African governments as well as civil society to make this a reality and to give African youth points of reference for their history and culture? What are the claims that would warrant restitutions? What are the levels of preparedness?”

To Njogu, the news that Germany is preparing to hand over the Benin bronzes is “inspirational”, he says.

“It’s recognition that these things are possible and our requests for moral responsibility are being heard,” he says. “We would have expected more from other colonial powers and Germany was not as present [in Africa] as France and the UK, but Germany is more deliberate in terms of correcting the errors of history. We need much more consciousness of that responsibility.”