After 2019 racial incident, MFA, Boston hires a senior director of belonging and inclusion 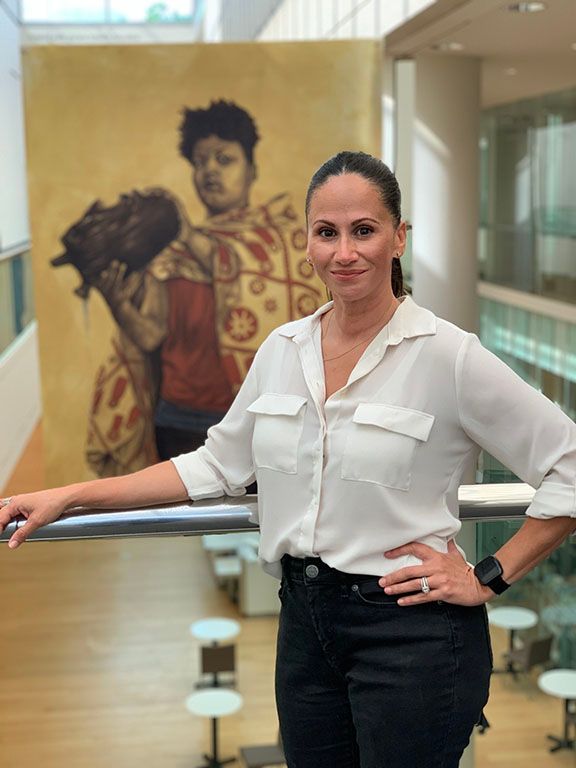 After grappling with a May 2019 incident that led to accusations of racial bias and a state investigation, the Museum of Fine Arts, Boston (MFA) has hired its first senior director of belonging and inclusion.

The official, Rosa Rodriguez-Williams, who has promoted recruitment and retention of Latino students at Northeastern University as director of its Latinx Student Cultural Center, will assume her position on 9 September. The museum says the new post “will play a critical role in delivering on the MFA’s promise to be a museum for all of Boston”.

The museum came under fire last year when a group of visiting honours students from a Boston middle school levelled allegations of mistreatment, including being racially profiled and closely followed by security guards as well as intersecting with a white museum visitor who insulted the group as they entered a gallery.

An inquiry by the Massachusetts state attorney general followed, resulting in an agreement four months ago under which the MFA promised to embrace an inclusion plan, set up a $500,000 fund dedicated to community engagement and collaboration with the school whose students were wronged, and adopt an anti-discrimination and anti-harassment policy as well as a process for investigating related complaints.

Rodriguez-Williams could not immediately be reached for comment on her plans for the museum. In a statement, she emphasised that the MFA “acknowledges its struggle with inclusion” and aims to “reimagine and reinvent itself".

Born in Puerto Rico, Rodriguez-Williams earned a bachelor’s degree in sociology from the University of Massachusetts at Amherst and a master’s degree in social work from the Boston College Graduate School of Social Work.

The museum’s director, Matthew Teitelbaum, says her appointment will be “invaluable” as the museum continues “our important work in ensuring a true sense of belonging at the MFA”. “She will be integral in reimagining how we welcome and engage historically underrepresented audiences, truly reflecting the communities we serve,” he said in a statement. “This is one of the most important issues for museums in the 21st century.”

The museum, which closed on 12 March in response to the coronavirus crisis, has said it hopes to reopen in early fall but has not yet set a date.

about 14 hours ago
Revisiting the Gardner heist: no paintings, no arrests, but mobsters galore in new Netflix series