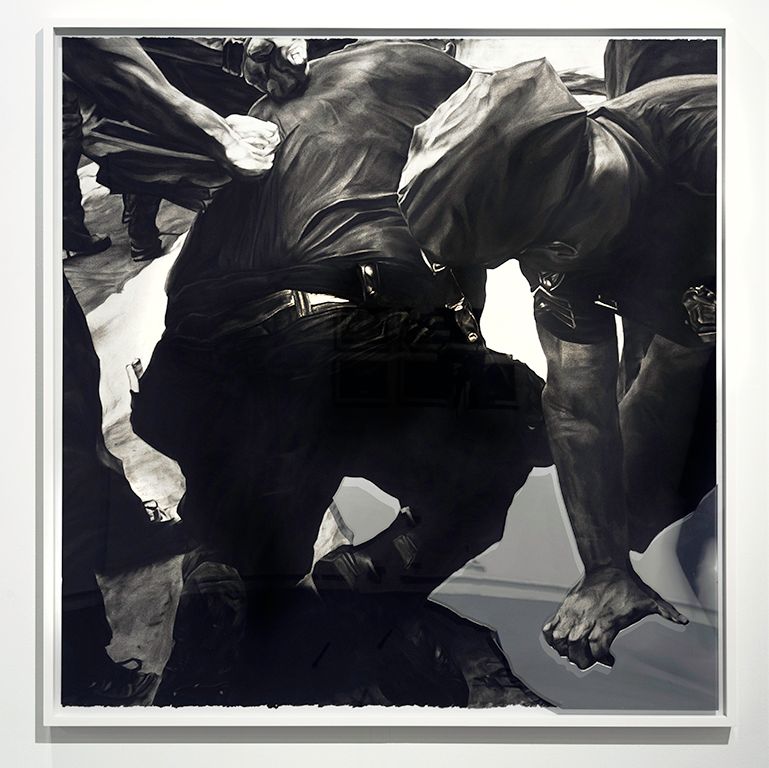 Shaun Leonardo, Freddy Pereira (3 of 3), 2019, charcoal on paper with mirrored tint on frame Courtesy of the artist

Five months after the Museum of Contemporary Art (moCa) Cleveland cancelled an exhibition of Shaun Leonardo’s evocative drawings of Black victims of systemic injustice, two museums have stepped up to host the show.

The Massachusetts Museum of Contemporary Art (Mass MoCA) in North Adams announced today that Shaun Leonardo: The Breath of Empty Space would open on Wednesday and run through 22 December and then travel to the Bronx Museum of the Arts, where it will open on 20 January.

The cancellation of the Cleveland exhibition, which originally was to open on June, was denounced as “institutional white fragility” and “censorship” by Leonardo, a Brooklyn-based multidisciplinary artist who is also known for highly charged performance works. The museum’s executive director, Jill Snyder, publicly apologised to Leonardo, acknowledging that “we failed” the artist, and the controversy ultimately led her to resign after 23 years at the helm.

The drawings in the show, culled by the independent curator John Chaich, explore the visual narrative of violence against Black men in the US, often at the hands of police, revealing how the cycle of news media images shape and blur perceptions and memories of those events. It originated at the Maryland Institute College of Art (Mica) in Baltimore in January before the Cleveland museum added it to its exhibition schedule and then dropped it.

In an interview, Leonardo said that Mass MoCA and the Bronx museum reached out to him about presenting the show at the height of the controversy in June, when he lamented the show’s derailed opening in a brief note to colleagues and supporters. In his statement, which was widely disseminated, Leonardo challenged the Cleveland museum’s rationale that the exhibition could be harmful because the local community was not equipped to deal with his images of “lived experiences of pain and trauma”. He pointed out then that he “was never given the opportunity to be included in outreach, and therefore, never had a moment to engage any community member regarding the show”.

Responding to the cancellation, he says, curators at Mass MoCA and the Bronx museum who had already worked with Leonardo on other initiatives reached out to him. “They were willing to invite the tension in, and create space for the critical dialogue around the work”, the artist explains.

Leonardo says he does not particularly view the show’s rescheduling as vindication. Instead, he says, he has been heartened by the debate that the show’s cancellation triggered about invoking trauma in works of art and about “who owns” initiatives like the cancelled exhibition.

Leonardo says he was moved to see that the killing of George Floyd by the Minneapolis police in May prompted people who had viewed the show in Baltimore to start posting his works online. All of the art predated Floyd’s death, “but to see that people found solace and sought to look for meaning and intentionality in that work was touching,” he says.

The artist says he began working on the drawings in The Breath of Empty Space in 2014, starting with a depiction of part of the face of Trayvon Martin, a Black 17-year-old who was shot to death in 2012 by a civilian “neighbourhood watch” patroller in a gated community. 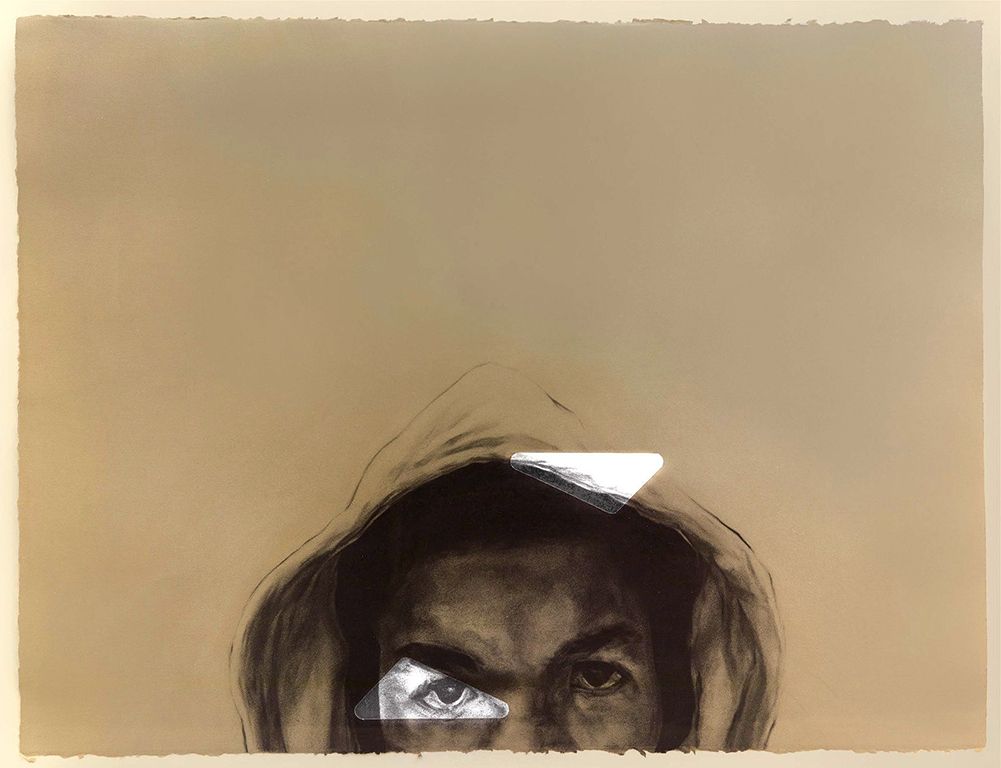 “These media images are always accompanied by noise from surveillance footage, cellphone footage, dashcam footage,” he adds. The artist aims to get past the noise: “I started to look at this footage differently to gather my own meaning,” Leonardo says. “I do often think about and question not only what stories are being conveyed, but which stories as selected by the media get locked in our collective memory.”

He points to images of the so-called Central Park Five, five Black New York teenagers who were convicted of rape and assault in a 1989 attack on a jogger and served years in prison before they were exonerated. In his own Central Park 5 series, he features courtroom images of various people involved in the case. They call to mind a courtroom photograph of a row of five boys that Leonardo says was widely distributed in the media but actually pictured only two of the five defendants because three others were scattered around the room. “You get to better analyse what those bodies were doing, how those gazes were being directed, most specifically for me the way the audience, the judge, court officers—no one was paying attention to those boys,” Leonardo says. “They were being devalued continuously.” 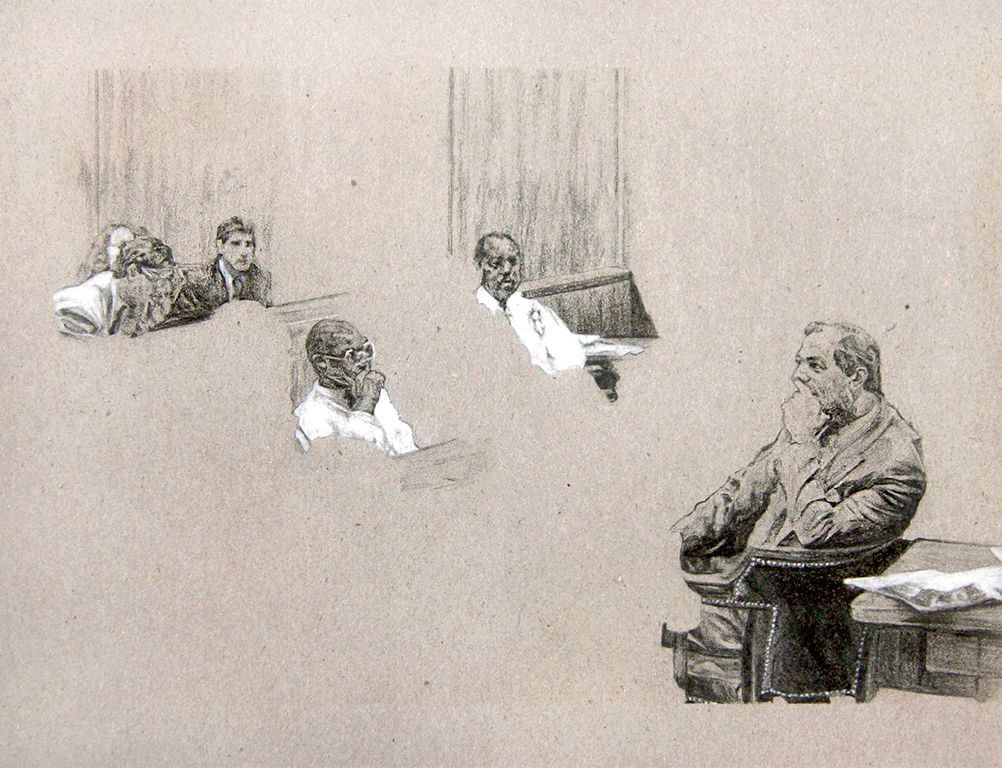 Another work by the artist, consisting of two images, records the 2014 killing of Laquan McDonald by a Chicago police officer, based on dashboard camera images. “In the first image, what you see is a manipulation of an image in which all you can take in and internalise is the row of police cars that at that scene dealing with a single Black body,” the artist says. That led to the second drawing, in which Leonardo emphasises that McDonald was simply walking down the street when he was shot—and underlines the long range at which the officer chose to shoot. Shaun Leonardo, Laquan McDonald (Drawing 1 of 2), 2016 Courtesy of the artist

In some works, like Rodney King from 2017, recalling the police beating of a Black motorist in 1991 in Los Angeles, the artist employs a mirrored tint, reflecting and thereby implicating the viewer in the scene. 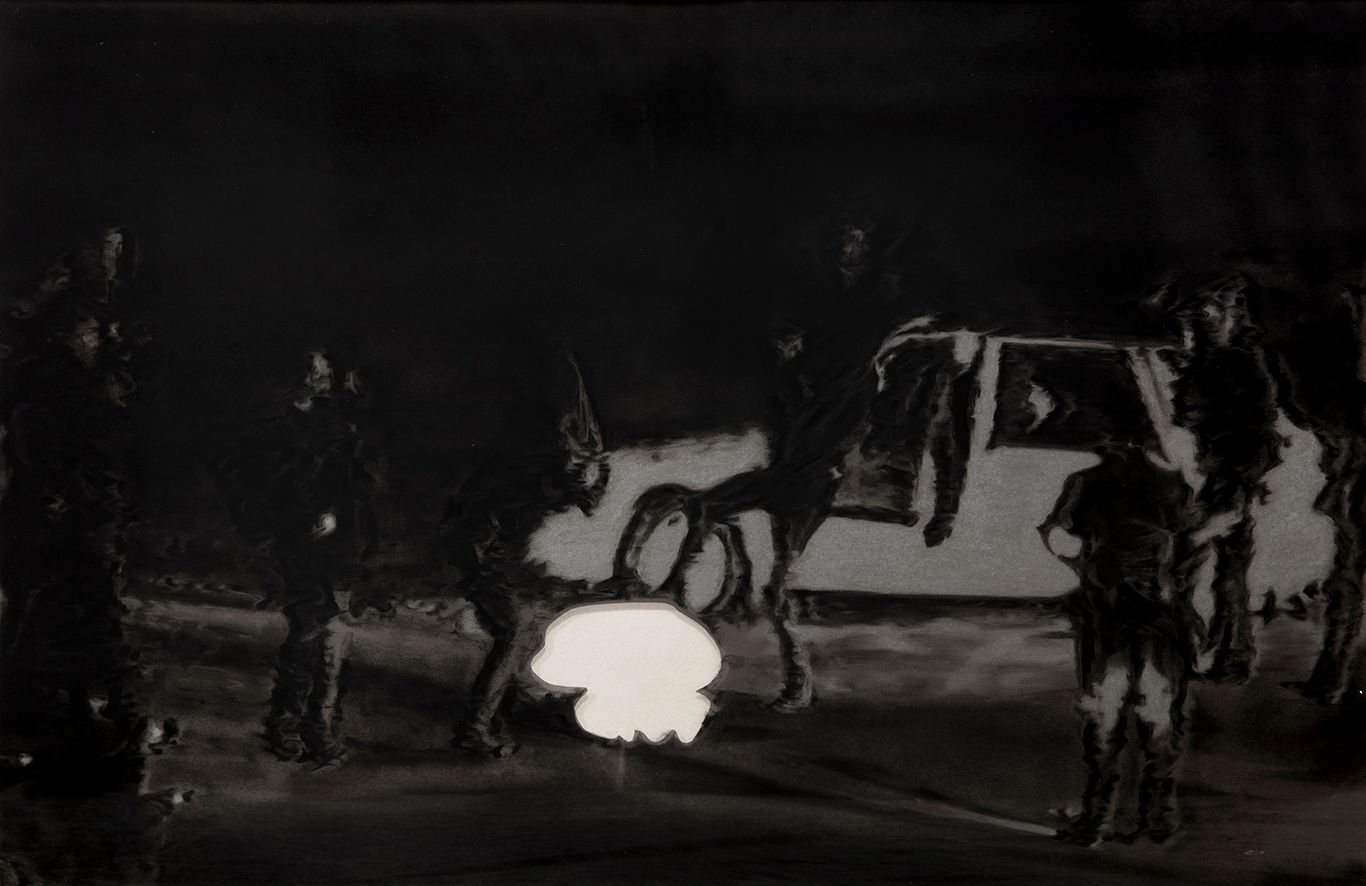 The drawings in the Massachusetts and Bronx shows will be accompanied by a 2017 performance video, The Eulogy, in which Leonardo recites parts of Ralph Ellison’s Invisible Man to a crowd on the High Line in Manhattan as a New Orleans jazz band performs. “I was inviting all sorts of audience members and communities to have a moment to collectively mourn these young men whom we do not know,” the artist says. At Mass MoCA, segments of the speech will be written in the exhibition space and a transcript provided to viewers, who will have the opportunity to call up the video on their mobile devices, Leonardo says; the video is likely to run continuously at the Bronx Museum of the Arts. 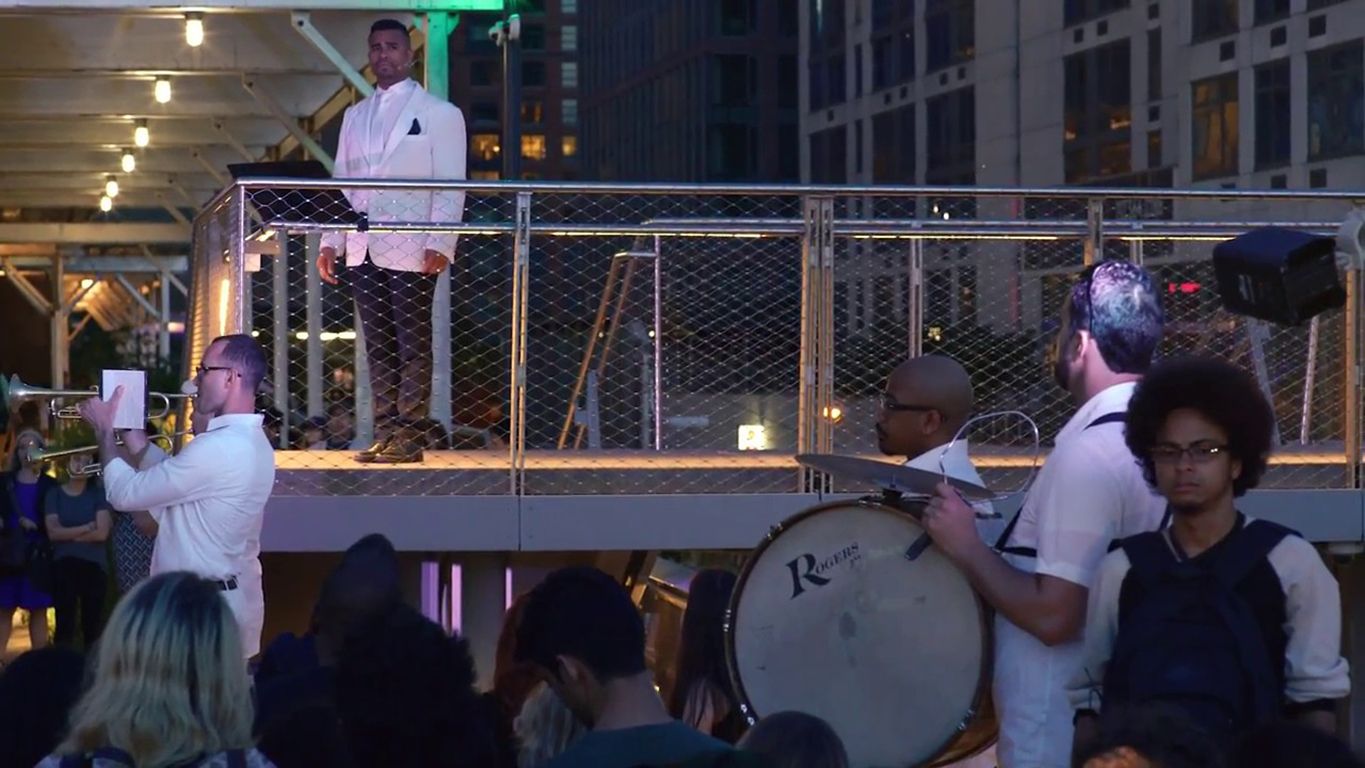 To complement the show, the artist will travel to North Adams to meet with teenagers enlisted by Mass MoCA and jointly develop a social justice curriculum that will later be provided to teachers. “This came up not just because of the moment we’re living in, but because young people have been leading so many of the protests but in the media they’re not being given a voice,” Leonardo says. Additional initiatives organised with the Bronx museum and the Williams College Museum of Art, in Williamstown near Mass MoCA, will include artists’ talks and panel discussions on themes such as racism as a public health issue, planners say.

According to Leonardo, the exhibition title The Breath of Empty Space invokes not only words uttered by Eric Garner while in a police chokehold in Staten Island in 2014—and by George Floyd in Minneapolis in May—but also a moral imperative for museumgoers.