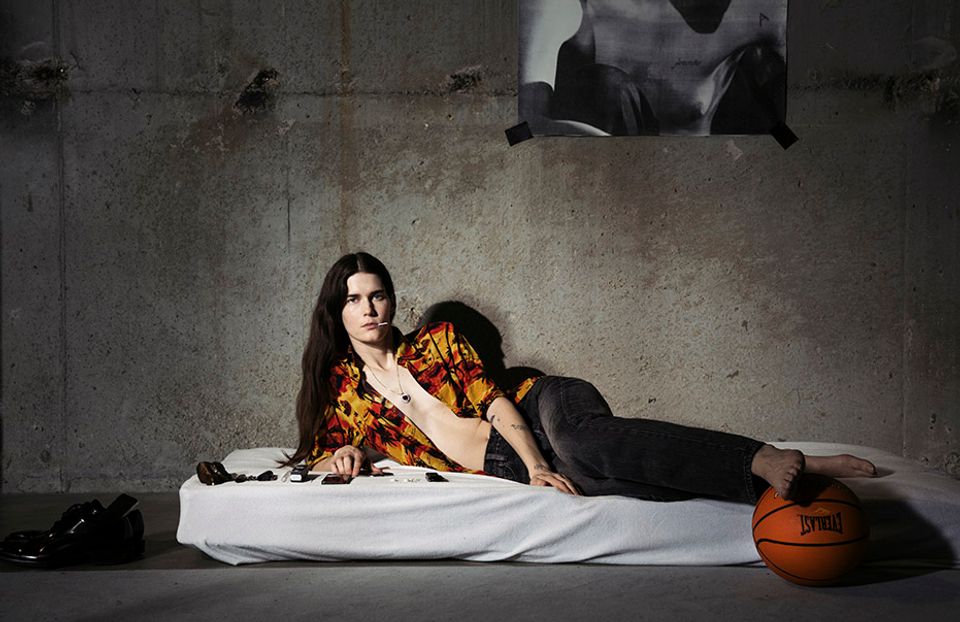 The high-profile German artist Anne Imhof has followed up her 2017 piece Faust, which was awarded the Golden Lion at the Venice Biennale, with an ambitious new live-art piece in the Tanks at Tate Modern based on the “fluidity between binaries: female and male, top and bottom, night and day”, the organisers say.

The new work, entitled Sex (BMW Tate Live Exhibition, 22-31 March), will unfold over ten days with six nights of durational performance each lasting four hours. The piece will be developed further in future iterations at the Castello di Rivoli in Turin and at the Art Institute of Chicago.

“Imhof has taken her practice to the next level, she has raised ambition beyond the event, beyond the passing moment,” says Catherine Wood, the co-curator of the installation. “Could [one] artist work on this scale across two spaces? The Venice piece confirmed that.”

Imhof occupies all of the spaces in the Tanks, a first for a solo artist; in the South Tank, visitors view the action on a raised platform. “It is like standing on a pier and looking out, almost like a Romantic perspective on painting,” Wood says.

In the East Tank, the viewing experience is reversed with visitors watching the performers as they move above on a raised platform. “Viewing positions alternate between high and low,” Wood says. Imhof’s participants also occupy a restricted zone behind a glass partition which they will daub with paint. She will not take part, but will send text-messages to her performers, giving notes and directions as the performance unfolds. 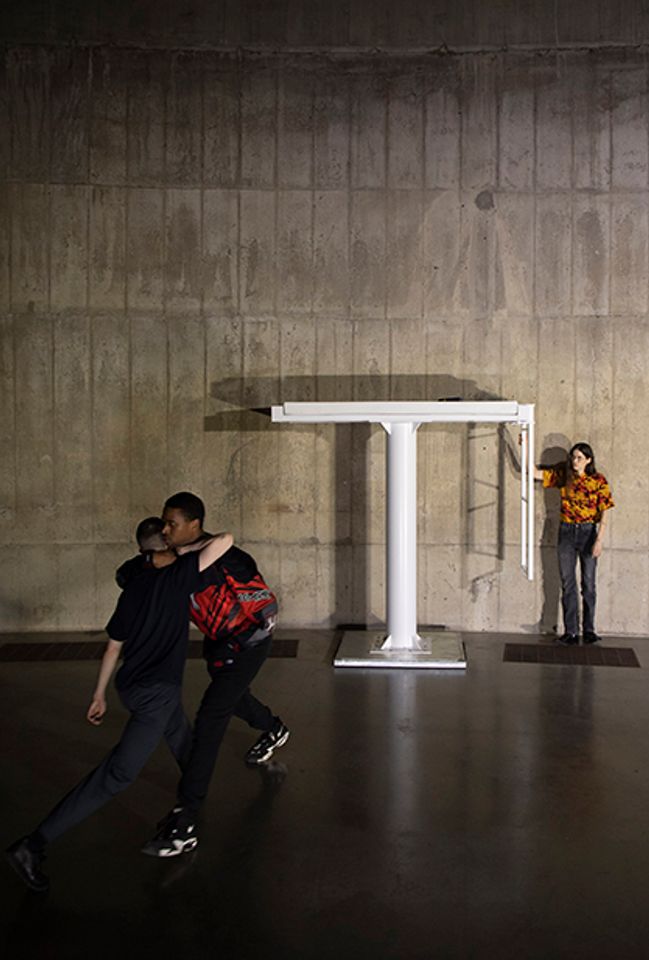 Imhof’s core group of collaborators includes the New York-based musician Eliza Douglas and the US dancer Mickey Mahar. In the South Tank, her crowd of stylish young participants mirror each other’s movements, clasp each other in a cyclical dance and emit freakish noises while standing on elevated plinths. Meanwhile, the adjacent Transformer galleries house a series of Imhof’s Gradient and Scratch paintings, along with sculptural works.

Speaking at the installation launch yesterday, Imhof says that she likes “short titles. [Sex] describes a lot of very specific things but it [also] leaves things very open”. She adds in an accompanying booklet that the title Sex “can have a very violent aspect or impact on a subject… in fact, the working title for this piece originally was Death Wish…. the fact that the title transformed in my concept from death to sex brings up a question of annihilation.”