After two-month shutdown, Museum of Fine Arts, Houston is reopening this weekend 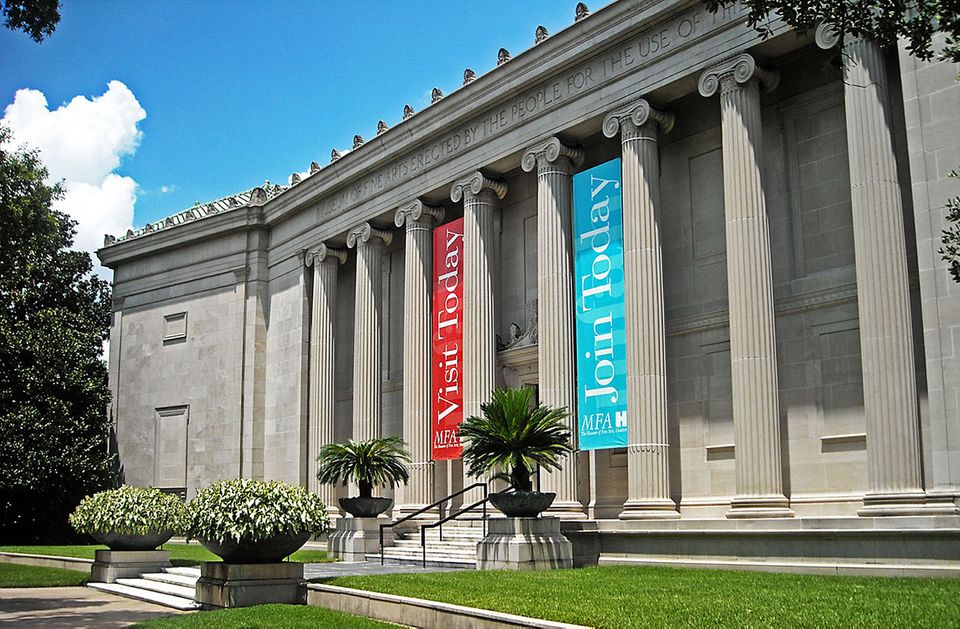 The Museum of Fine Arts, Houston

In a bold move after a two-month shutdown, the Museum of Fine Arts, Houston (MFAH) announced today that it plans to reopen its doors to the public on Saturday while adopting precautions to keep visitors spaced far apart to limit contagion from the coronavirus. Museum members will be able to enter starting Wednesday.

Guidelines issued by Texas’s governor, Greg Abbott, authorized museums to open as of 1 May, but the speed of the state’s end to lockdown measures has raised some eyebrows given that newly reported Covid-19 cases in the state have not decreased over the last two weeks. Today Abbott today extended the state’s reopening guidelines to include additional businesses like bars, sports and child care.

Gary Tinterow, the director of the MFAH, says that its staff has been meeting intensively for weeks to decide on what procedures the museum should have in place upon reopening to ensure the safety of its staff and visitors. “We wanted to reopen as soon as we could do so safely, and we feel that we can,” he said in an interview.

“This has been a thorough process, one that considers many variables and takes into account state and city guidelines, close coordination with City Hall and Houston Museum District colleagues, and ongoing discussions with our own staff and museum peers around the world,” the museum says in a statement.

The MFAH is instituting safeguards like requiring visitors older than two years and staff members to wear face masks, taking temperature checks of museumgoers before they can enter the galleries, requiring social distancing of a minimum of six feet, eliminating cash transactions, keeping the café closed and encouraging the purchase of advance timed-entry tickets. Tinterow says the museum will allow a maximum of 900 people in the museum’s two buildings combined.

“Pre-Covid, we rarely had 900 people” in the buildings, he says. “So it should be no strain on our visitors to maintain that limit.”

Coat checks and water fountains will not be available. A single entrance will be available on the main campus at the museum’s Audrey Jones Beck Building, and social-distancing markers will be in place at the entrance and elsewhere. Acrylic panels will be in place at the admissions desk and at the cashier’s station in the museum’s shop. Employees will open and close the doors for visitors to foster a touch-free environment.

Exhibitions that had been due to close this spring have been extended, including Francis Bacon: Late Paintings and Radical: Italian Design 1965–1985, The Dennis Freedman Collection.

In addition to its main campus, the MFAH’s reopening involves its two house satellites, the Rienzi and the Bayou Bend Collection and Gardens.

Tinterow says that the reopening may come as a surprise to people in East Coast cities like New York or Boston, where the coronavirus death toll has been far higher. (The death toll in New York State stands at 145 per 100,000, versus 5 per 100,000 in Texas.) “I think it’s hard for people on the East Coast to put themselves in our shoes, where we’ve been mercifully spared the worst,” he says. “We don’t have crowded public transit—people drive in cars—so we haven’t had the outbreaks you’ve seen in the East.”

Tinterow notes that the museum’s income from admissions, memberships, restaurant and facilities rentals all ground to a halt when the MFAH closed on 17 March in response to the pandemic. He estimates the loss of revenue at about $400,000 a week, and projects a deficit of $2.5m to $3m for the fiscal year ending on 30 June.

He says that restoring revenue was not a factor in the museum’s decision to reopen, however. “We’ll have more staff working than visitors,” he says. “We exist in order to provide a service to the public, to provide access to works of art for instruction, contemplation, inspiration, solace. And we can’t do that being closed.” While the museum quickly pivoted during the closure to expand its online offerings, he adds, “there’s no comparison to being in a gallery with family or friends and experiencing works of art.”

The Menil Collection in Houston’s website says that it will reopen later this summer; the Contemporary Arts Museum Houston has not yet signaled when its closure will end. The Rothko Chapel in Houston plans to reopen on 13 September, having completed a comprehensive restoration. The Houston Museum of Science reopened on Friday, and Tinterow says he paid a visit to observe that institution’s safety procedures.

“I feel that the likelihood of transmission on our premises if everyone adheres to our mandatory regulations is slim,” he says. “That’s my hope and belief.”

• This article has been updated with comments by Gary Tinterow.

about 11 hours ago
Are museums as Covid-risky as saunas? Culture leaders outraged over late reopening of English art spaces