After years of copyright limbo, Vivian Maier comes to London

Her heir was not apparent, her life full of mysteries, now a major collection of Vivian Maier’s work is available to British collectors for the first time at Photo London 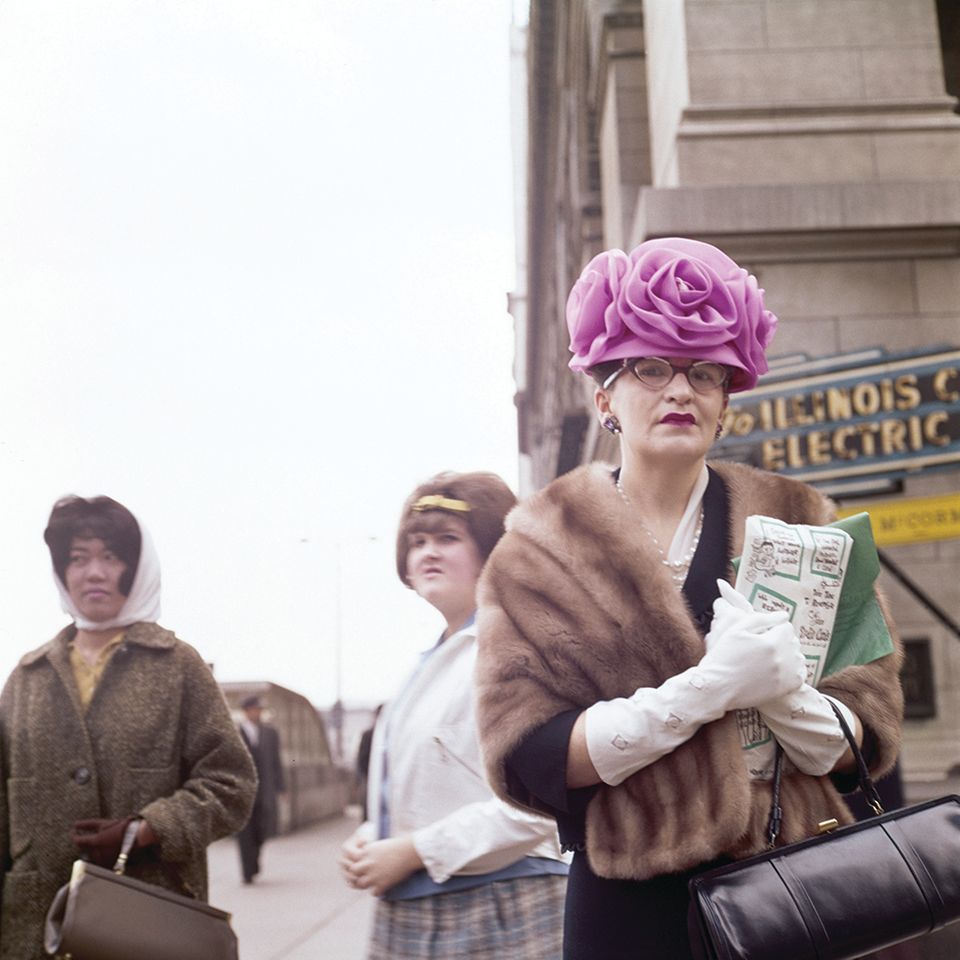 Now, more than ten years after Vivian Maier died without known heirs in a remote Chicago nursing home after slipping on ice and hitting her head, a major collection of her photographs is going on sale in the UK for the first time.

The leading New York-based photography dealer Howard Greenberg is bringing more than 100 prints of Maier’s work to Photo London, the annual photography fair held in London’s Somerset House (16-19 May). Each image, printed posthumously from original negatives, will be available to prospective collectors, with prices ranging from $5,000 to $6,500.

It is a keenly anticipated sale. For many art collectors, the Vivian Maier story is renowned—not least because of the Oscar-nominated feature film about her life. But the road from chance discovery to commercial fame was long, arduous and pockmarked with legal disputes over ownership issues, counter inheritance claims and copyright infringement.

At a Chicago auction in 2007, a local historian with a background in property John Maloof whimsically spent $380 on the contents of a storage locker that had been repossessed after the owner failed on her payments. Maloof found himself to be the new owner of a treasure trove —roughly 90% of Maier’s life’s work, a seemingly endless cache of negatives, prints, audio recordings and 8mm cine film, capturing in intimate detail life on the streets of Chicago throughout the 1950s, 60s and 70s.

There’s no evidence Maier showed any of these images to another soul. Maloof shared the scanned images online and they duly went viral. “The history of street photography is being rewritten,” a CBS News anchor said as the story broke.

“She didn’t want people to know about her work. She wanted to hide herself away”

Maier was a nomadic woman, born in the Bronx of French and Austrian parentage, she spent her childhood in France and her adult life in Chicago. She worked as a nanny and in her spare time photographed the streets. She would often take self-portraits or capture her own shadow. Those who knew her reported she would routinely introduce herself with assumed names, and could switch from being light and inspiring to dark and abusive. “She was clearly a very talented and very obsessive photographer,” Greenberg tells The Art Newspaper. “But she didn’t reveal it. She didn’t want people to know about her work. She wanted to hide herself away.”

What, then, would Maier make of her current profile? Maloof’s documentary, released in 2013, won numerous film festival awards before being nominated for a Best Documentary Oscar. It made more than $2.2m at the box office, and included the voices of the photographers Mary Ellen Mark and Joel Meyerowitz, and the actor Tim Roth, a personal collector, as well as numerous Chicagoans who remember her as their secretive nanny. 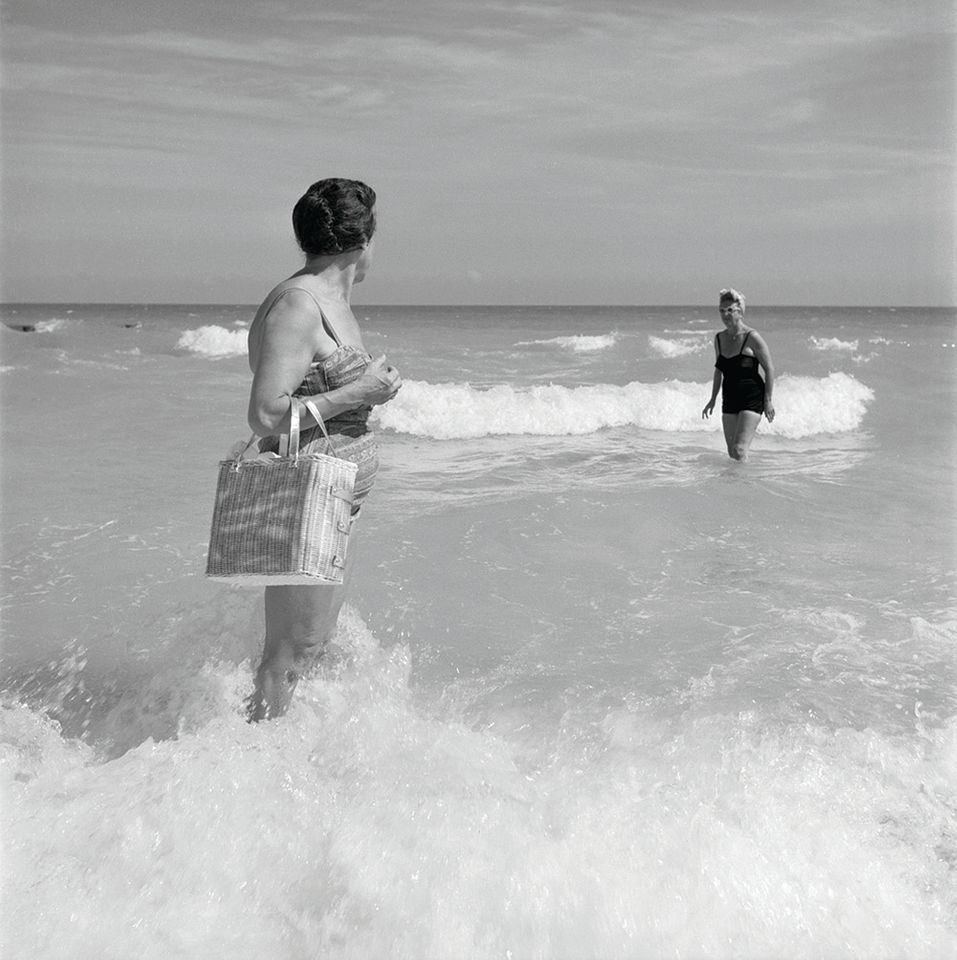 The art market exploded. “The hunger for her work is enormous, more than anything I’ve ever experienced – primarily from people who aren’t that interested in photography,” Greenberg says. “Her story is so fascinating that all kinds of people want her work.”

Greenberg met with Maloof in 2011 and negotiated a deal to represent the archive. But as the pair started to introduce her work to collectors, trouble brewed. In June 2014, a Virginia-based lawyer and photographer, David C. Deal, claimed to represent Francis Baille, Maier’s first cousin once-removed. Baille, a native Frenchman, had no idea he was related to Maier, but genealogy experts declared him her closest living relative. Deal filed a legal case, claiming Baille was the rightful heir of her estate and thus—according to federal American law—the owner of the copyright. The case was passed to the public administrators office in Chicago, which created an estate in Maier’s name. Greenberg, Maloof and lesser owners of Maier’s negatives were barred from printing, exhibiting or selling her work.

After more than two years of legal wrangling, the case was settled out of court, with the terms remaining confidential. “We came to a royalty agreement,” Greenberg says. “It went backwards and retrospectively covered anything we had ever sold. We’ve worked with them ever since.”

Maier never developed the majority of her work, so no high-quality vintage prints exist. It means Greenberg has had to print the works posthumously. “Posthumous prints are a delicate matter,” he says. “I knew if I did this, other galleries would wonder why I was selling posthumous prints. It’s something I’ve never wanted to be involved with before. But there are times when there’s a great body of work and this is the only way people are going to be able to see it.”

Greenberg has been strict about the number of prints available. Each image has been developed by the same printer in one size only and sold in editions of 15. “We wanted to create consistency, value and scarcity,” Greenberg says. Business has been brisk. He has already sold out of 125 different images, all 15 of each.

Now a small part of the clandestine life of an unknown woman is finally ready to own. She may well be the buying sensation of Photo London.

CORRECTION: This article was corrected on 13 May to reflect that the most expensive print in the Vivian Maier sale at Photo London will be $6,500 not $65,000 as previously stated. Also, Howard Greenberg and John Maloof began working in 2011 not 2013.

Appeared in The Art Newspaper, 312 May 2019
More NewsTopicsLondonUnited Kingdom