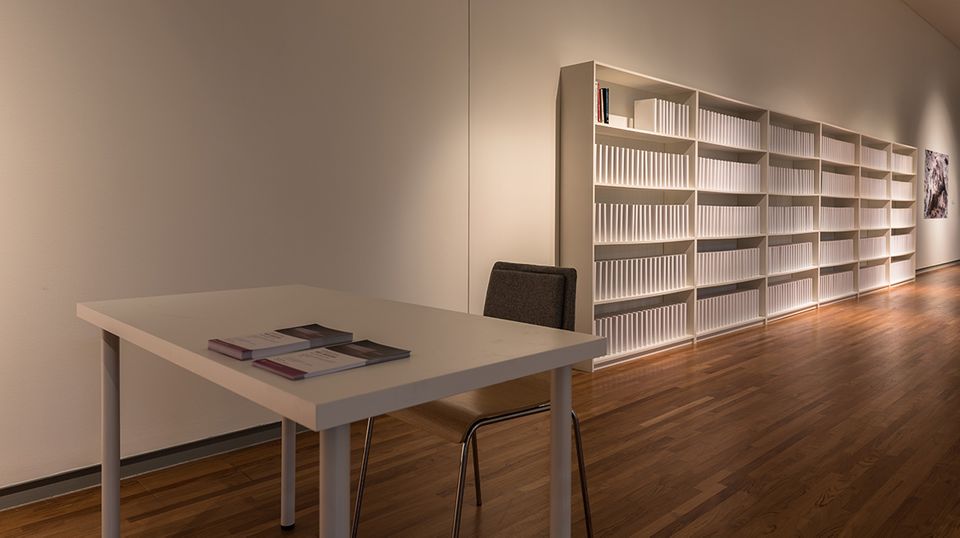 168:01— A Library Rising from the Ashes, by Wafaa Bilal Photo: Aly Manji

An eerie display at the Aga Khan Museum in Toronto evokes both a presence and an absence: a row of white bookshelves filled with thousands of identical white covered books—all blank inside. The challenge for the public is to fill the void. The project, called 168:01, is the latest iteration of a travelling installation by the Iraqi-American artist Wafaa Bilal as a response to the looting and destruction of cultural institutions during war.

The title of the work refers to the 13th-century Mongol siege of Baghdad, which lasted for seven days, or 168 hours. According to legend, books and manuscripts pillaged from the city’s libraries were dumped into the Tigris River until it ran black with ink; the books were said to form a bridge for the occupying army until the tomes were gradually drained of all colour and knowledge.

But Bilal is also responding to other disasters, including the American-led invasion of Iraq in 2003, in which many cultural institutions, including the College of Fine Arts at the University of Baghdad, were burned and looted. The projectseeks to redress that, inviting the public to donate money to replace each fake book in the installation with a real one drawn from a wish list compiled by students and faculty. Each donor receives one of the white limited-edition numbered and signed artist books from the exhibition in return.

Eventually, the real books will be sent to the college, joining 1,700 that arrived last year. “I am building a system of exchange that will connect people directly with each other in order to resurrect the College of Fine Arts library,” Bilal explains in a video about the Toronto show, From Baghdad To Timbuktu: Libraries Rising From The Ashes. Over 70,000 titles were lost when looters set the college ablaze in 2003, and “to this day, many students have few books to study from,” he says.

The travelling installation, which was first shown at the Art Gallery of Windsor in 2016, has assumed different site-specific forms. It featured a Babel-like book tower when it travelled to the FACT media arts centre in Liverpool and occupied an entire room from floor to ceiling when it was exhibited at the National Taiwan Museum of Fine Arts. 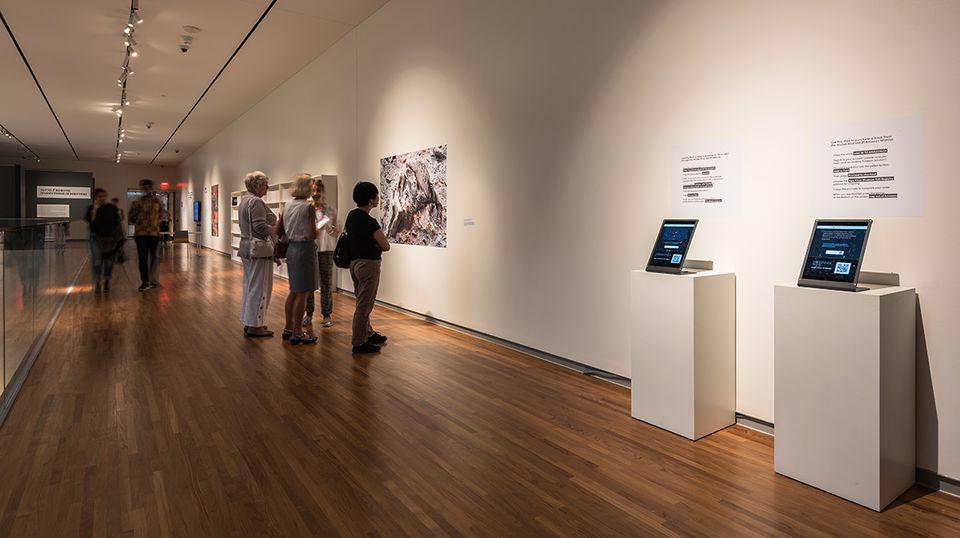 Visitors to the Toronto show look at a photograph of the burned-out Baghdad Library in the aftermath of the 2003 US military campaign Photo: Aly Manji

The bookshelves at the Aga Khan Museum are joined by a white table and chair. Filiz Cakir Phillip, a curator at the museum, has also included a Persian miniature depicting the Mongol looting of Baghdad and a photograph of the burned-out library in the aftermath of the 2003 US military campaign.

Bilal, an associate arts professor at New York University’s Tisch School of the Arts, is not the first Iraqi-born artist or intellectual to link the two invasions. But his project is unique in “raising awareness and delivering tangible results to Iraqis” via a participatory work that “connects conflict and comfort zones”, as the artist puts it.

In an interview, Bilal says he sees his work as part of Iraq’s “healing process” and as a project that that “ushers in a new era of reconstruction”.

Bilal first arrived in the US as a refugee in 1992, forced to flee after an attempt to overthrow Saddam Hussein in the wake of the first Gulf War was thwarted. He has evolved, he says, from the “anger” of his 2007 work Domestic Tension, which encouraged people around the world to shoot him with a paintball gun activated over the internet while he sat in a Chicago gallery. 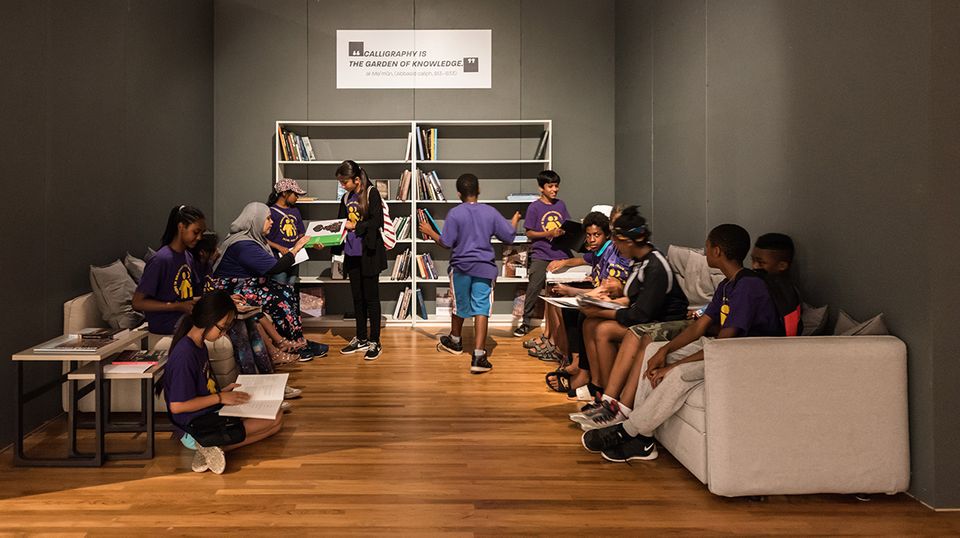 Children look through art books in another part of the exhibition at the Aga Khan Museum Photo: Aly Manji

While the initial thrust of 168:01 was to restore the library, “now it’s about restoring Iraqis’ faith in humanity after the dust of war has settled,” he says.

The installation's next destination will be the National Veterans Art Museum Triennial in Chicago in July 2019, in collaboration with a group called Combat Paper that turns uniforms into handmade paper for art making. Rather than books, the participants will be offered the material—and any excess will be shipped to the printmaking department at the College of Fine Arts in Baghdad.

about 10 hours ago
Are museums as Covid-risky as saunas? Culture leaders outraged over late reopening of English art spaces