Age of enlightenment: the religious power of Hagia Sophia

The emperor Justinian’s Hagia Sophia, the Great Church of the Byzantine empire in Constantinople, was completed in 537, remarkably soon after its predecessor on the site was destroyed in city riots of 532. It is a building astonishing both for its great size and for its vaulting: a huge dome and semi-domes rising above arched niches, piers and columnar arcades on two levels through which are glimpsed passages with further vaulting. The vast interior is lit by windows at various levels from which shafts of light play on the embellishments of the interior. Even the modern viewer, who sees the variegated marble revetment of the walls dulled by time, and the gold mosaic of the vaults covered with flattening dull-ochre Ottoman paint, must be awestruck. Writers composing poetical descriptions (ekphraseis) of the building—Procopius, Paul the Silentiary and the author of an inauguration hymn (kontakion)—likened this glorious interior to heaven, and dwelt upon the numinous effects of light on the splendours of glittering gold mosaic and many-coloured marbles.

In Hagia Sophia and the Byzantine Aesthetic Experience Nadine Schibille provides analytical discussion of these texts, charting in detail their relationships to early Christian patristic literature, pre-Christian sources and even the physiology of visual perception. All this, especially where it concerns references to light, is linked to physical features of the building and its interior decoration, with the support of a less detailed examination of the structure of the church and its location in the history of church architecture. (Chapter three gives a comprehensive assessment of the decoration of the church interior as it must have appeared in the sixth century, when the extensive gold mosaic of the vaults was embellished entirely with geometric and other non-figural ornament, a subject which gets only poor-relation status in most studies where later figure mosaics, architectural ingenuity and historical context generally take centre stage.)

However, the lion’s share of this volume goes to analysis of Christian and other literature, sometimes moving beyond connections with the architecture of Hagia Sophia, and necessarily done in language likely to present difficulty for those not already familiar with the terrain. The author acknowledges that the book came out of her PhD thesis, which probably explains this problem of balance and focus. What it needed, perhaps, was an editor to isolate the very detailed exploration of Byzantine theology, philosophy and aesthetics for the use of scholars in the field (with the texts of the ekphraseis and kontakion, absent from this volume) and a short separate account for the general reader, offering a concise discussion of the literary response to the architecture and ornament of an extraordinary building.

Perhaps, indeed, the brave attempt to unite physical structure and the metaphysical literature that draws upon it can go no further than a general treatment: it may be a bridge more difficult to construct than Hagia Sophia itself. Without doubt, the writers of ekphraseis seized upon the spectacular visual effects created by the light from many windows striking the complex, curved golden vaulting of Hagia Sophia, but they probably understood little of the engineering that produced those forms (one would hardly trust Prokopios to build a garden shed). Meanwhile, the architects responsible for the Great Church, an engineer and a mathematician, urged on by an impatient imperial client, can hardly have spent much time consulting patristic literature for help with their design. 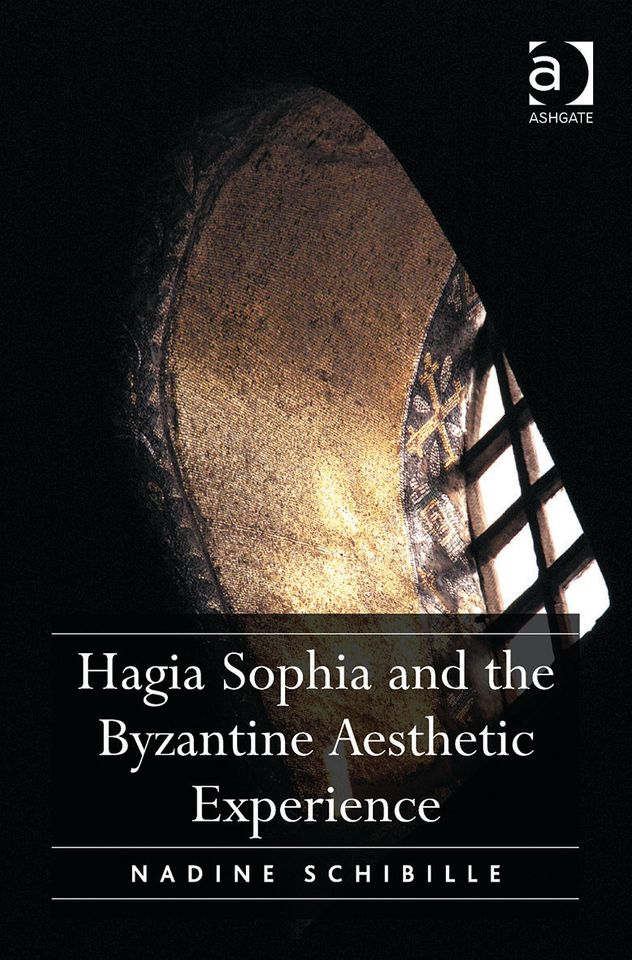 Lyn Rodley is an art historian and the author of Byzantine Art and Architecture: an Introduction (1994). She teaches at the Open University and at Morley College, London