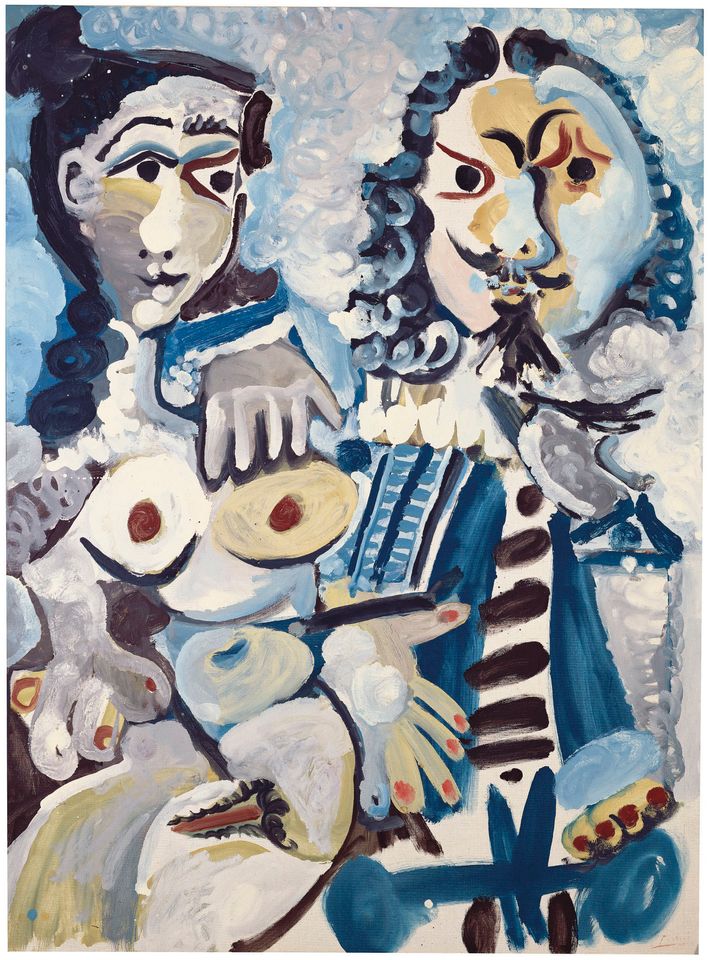 Christie’s will offer Pablo Picasso’s Mousquetaire et nu assis (1967) in its Impressionist and Modern art evening sale in London on 27 February. Carrying a price tag of £12m to £18m, the painting is among the auction’s top lots, and with a third party guarantee it is effectively sold.

The canvas, painted six years before Picasso died, marks one of the first times the figure of the virile musketeer appeared in his work, a last ditch attempt to reclaim his waning sexual powers. Next to the musketeer is a seated nude: Jacqueline, the artist’s final great love, muse and wife.

Compared with his earlier periods, works created by Picasso in his later years have been undervalued–the record at auction for a musketeer painting is $31m, sold at Sotheby’s New York in 2013.

“Just under ten years ago Picasso’s late period began to be reappraised,” says Keith Gill, Christie’s head of sale for Impressionism. He points to the landmark exhibition of late paintings and prints organised by Picasso's biographer John Richardson at Gagosian Gallery in New York in 2009 as a turning point for the market. “At that time we also saw a rise in prices at auction,” Gill says.

Mousquetaire et nu assis was last offered at auction in 2007, also by Christie’s, when it sold for £6.7m with fees. The higher pitch in the forthcoming sale reflects the sea change in the market, as well the scarcity of such material in private hands, Gill says.

Christie’s will show the work first in Hong Kong (5-8 February), then in New York (12-14 February) before coming to London (20-27 February). Gill says Christie’s is expecting interest from Asian collectors, who were not on the scene when the painting sold in 2007, but adds that the work has “broad international appeal”.