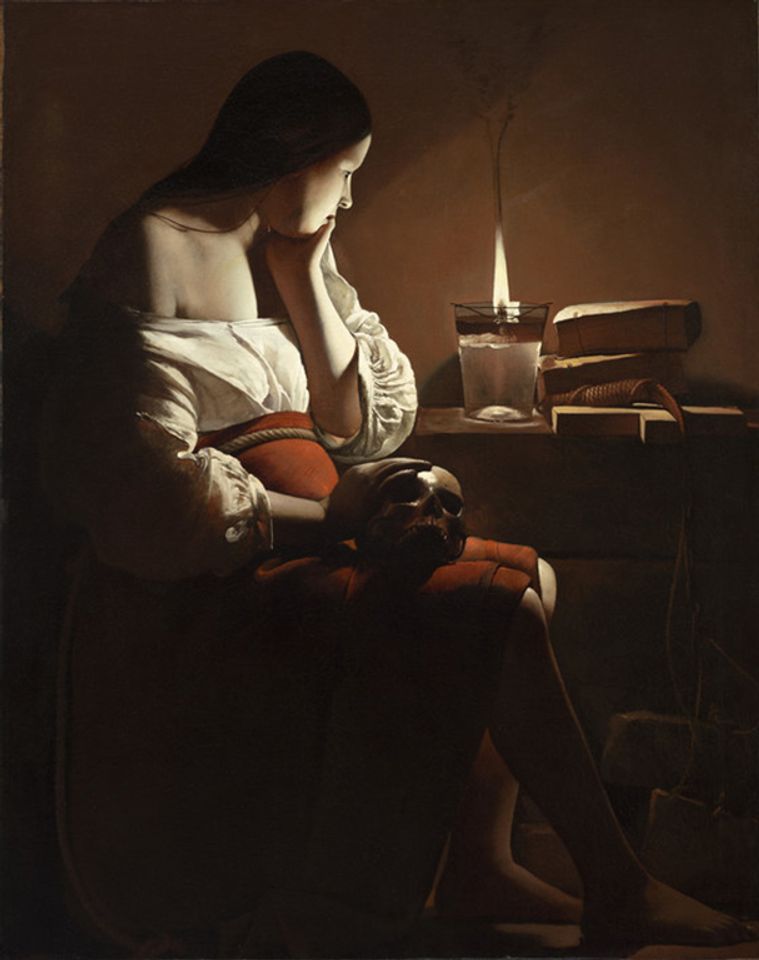 Georges de la Tour, The Magdalen with the Smoking Flame (around 1635-37) Gift of the Ahmanson Foundation/Los Angeles County Museum of Art

Ratcheting up its pressure on the Los Angeles County Museum of Art (Lacma), the Ahmanson Foundation reiterated today that it was suspending its financial relationship with the institution pending “a clear understanding” of how $130m in art acquisitions that it has funded will be displayed in Lacma’s planned new building. It also indicated that it could take its largesse elsewhere and “deepen its relationship with other museums”.

The Los Angeles-based foundation had announced the cutoff in gifts for art purchases in February, saying it feared that the $650m building, designed by the Swiss architect Peter Zumthor, would provide significantly less space for exhibiting prized works in Lacma’s permanent collection, including Old Masters.

Four structures on the museum’s campus were soon to be leveled to make way for the building, a striking one-storey structure spanning Wilshire Boulevard that is due to open in 2024. Some critics say that gallery space at the museum would shrink by as much as 33%.

“Over the past few years Ahmanson has sought information about future display plans from Lacma,” the foundation said today in a statement. “The museum has chosen not to address those concerns. If an understanding is not met, the suspension will become permanent and the Ahmanson Foundation may need to deepen its relationship with other museums if art acquisition is to remain a funding interest.”

Over the last six decades, the Ahmanson Foundation has spent about $130m on roughly 100 works of art for Lacma, including masterworks by such artists as Georges de La Tour, Rembrandt, Chardin, Bernini, Veronese, Titian, Bellini and Avercamp. According to the foundation, most of the works have historically remained on view at the museum, with the exception of 42 French oil sketches that are sensitive to light.

The foundation said today that with less square footage, the new building will not only have less space to exhibit what it owns but that “collection growth will be limited as well”.

Responding to the announcement today, the museum said in a statement: “Lacma has never disregarded agreements to any donor, particularly not the Ahmanson Foundation. Ahmanson works, from the earliest majestic examples, were gifted with the primary purpose of being integrated into the greater museum collection. There were no requirements on how or where they should be installed, giving the museum, from the first, the flexibility to showcase the art as the collection changes, and as scholarship shifts.”

The foundation's statement quoted William Ahmanson, president of the Ahmanson Foundation, as noting that his organisation rejected a purchase request that Lacma made last year “because we could not resolve the issue of when or if the painting would ever be displayed”.

“In a 60-year history of giving, this was the first denial,” the foundation said.

But Lacma said that it did not formally request a gift in 2019. “That request was made informally and unexpectedly by a curatorial consultant of Lacma's,” it said, adding: “It had not yet been vetted by the museum's curatorial or conservation team, and had significant problems.” The museum added that the foundation had rejected other requests over the years.

However, J. Patrice Marandel, a former chief curator at Lacma who says that he was the consultant involved, contends that the request was not unexpected because he had broached the prospect of a 2019 acquisition via the foundation in a conversation with Michael Govan, the museum’s director.

Later, “I had a painting in mind and approached the foundation–not to secure funds but only to ask if it was appropriate to suggest an acquisition,” Marandel writes in a letter to The Art Newspaper. “I got a lukewarm response based on the expressed fact that the foundation felt uneasy about the fate of its gifts to the museum. The next day I received a phone call letting me know that the foundation would not support any acquisition at this time. By then the painting had been examined by Lacma’s conservators who let me know their concerns about some aspects of its condition.”

“In the quarter of a century since I have been involved with Lacma, this was the very first time the foundation refused to support an acquisition I had proposed for consideration,” Marandel writes.

Lacma issued a response: "There was no expectation of the Ahmanson Foundation to donate any artworks until they were satisfied with the presentation of their gifts in Lacma's new building," the museum says. “The museum is, as always, exceptionally grateful for the foundation's support, and looks forward to demonstrating, as we have in the past, our deep commitment to featuring their beautiful gifts as part of our permanent collection installations.”

Last month, when the Ahmanson Foundation announced the suspension of gifts, Govan emphasised that all of the Zumthor building's gallery space—some 110,000 sq. ft—would be devoted to exhibiting the permanent collection, as well as 40,000 to 50,000 additional sq. ft in three other Lacma buildings. Today the museum estimated in its statement that the amount of space devoted to the permanent collection “would almost double”.

Aside from the dispute over square footage, the Zumthor building has stirred some controversy because Lacma does not plan the separate exhibition spaces for different departments that are typical of an encyclopaedic art museum. The museum has indicated that it will instead organise temporary thematic shows drawn from its permanent collection as a whole.

“As we have informed the Ahmanson Foundation, it is too early to give precise locations for works they have gifted when we open our new building,” Lacma says.

This article has been updated to include a statement by the former Lacma curator J. Patrice Marandel regarding a proposed 2019 acquisition.