The Chinese artist and activist Ai Weiwei is visiting Lesbos to document the plight of thousands of refugees who arrive daily on the Greek island by boat from Turkey. For the past two days, Ai has been photographing orange rubber dinghies coming into shore, families huddled around fires, people queuing to register at the Moria refugee camp and piles of discarded lifejackets, among other scenes, and posting the images on his Instagram and Twitter accounts.

Some of Ai’s captions offer insight to the lives of the men, women and children who make the perilous journey from countries such as Syria, Afghanistan, Iraq, Iran, Somalia and the Yemen to build a better life in Europe. “Lovely boy from Syria at the refugee camp,” reads one. “Brave man from Afghanistan,” reads another. Other photographs show Ai with humanitarian workers, including those from the Norwegian group, Drop in the Ocean. 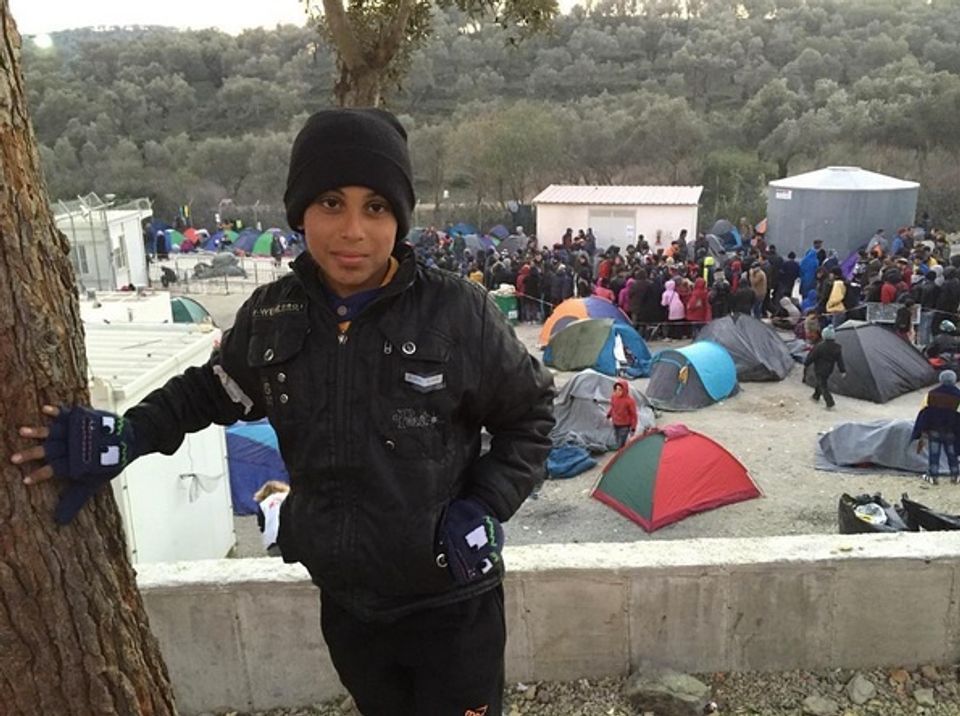 Ai, whose passport was returned in July four years after it was confiscated by the Chinese authorities, has been outspoken in his support for refugees. In September, Ai and the British artist Anish Kapoor completed an eight-mile walk across London to raise awareness of the plight of people fleeing to Europe from war-torn countries.

The Chinese artist also collaborated on Iraq’s pavilion at the Venice Biennale, which featured 500 drawings made by refugees in northern Iraq. A handful of sketches selected by Ai were published in a book, Traces of Survival, with all profits going to refugee camps in the Middle Eastern country. Ai had hoped to visit Iraq before the biennale opened in June, but his passport was not returned in time. Two members of his studio travelled to meet refugees and to record their testimonies instead. It is understood Ai will be creating a work in response to the refugee crisis.