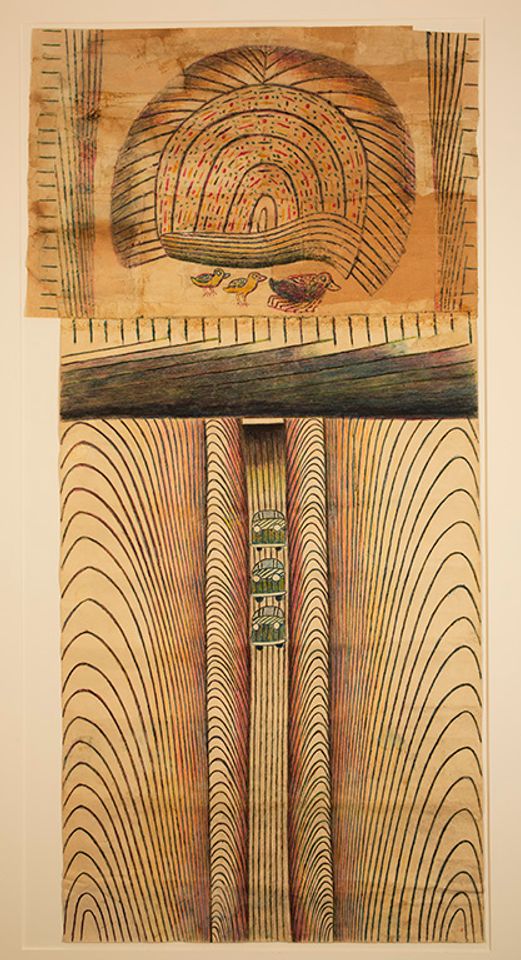 An untitled work by Martín Ramírez from around 1952-55 in gouache, coloured pencil and graphite on pieced paper. Donated by the collector Audrey B. Heckler, it will go on view at the American Folk Art Museum later this year. Estate of Martín Ramírez/© Visko Hatfield

The American Folk Art Museum (AFAM) announced today that the collector Audrey B. Heckler would donate her trove of more than 500 works by self-taught artists to the institution. The collection includes distinctive examples of Art Brut from Europe as well as works by African-American artists such as Thornton Dial and Sister Gertrude Morgan.

The museum says the announcement of the gift, which excludes a few works going to Heckler’s children, formally launches its 60th-anniversary campaign to deepen and diversify AFAM’s permanent collection through major acquisitions. More than 160 works from Heckler’s collection were recently showcased at the museum in Memory Palaces, an exhibition that ran from last September until January.

Heckler, who joined in the announcement, will immediately donate three works, by Martín Ramírez, who was born in Mexico but spent most of his life in California psychiatric hospitals; Barbus Müller, a pseudonym for the French farmer and sculptor Antoine Rabany; and Achilles G. Rizzoli, an ascetic San Francisco draughtsman. Those will go on view later this year in a gallery named in the collector’s honour.

In recent years the art market has increasingly embraced the work of self-taught and so-called outsider artists, clearly boosting the value of Heckler’s gift. 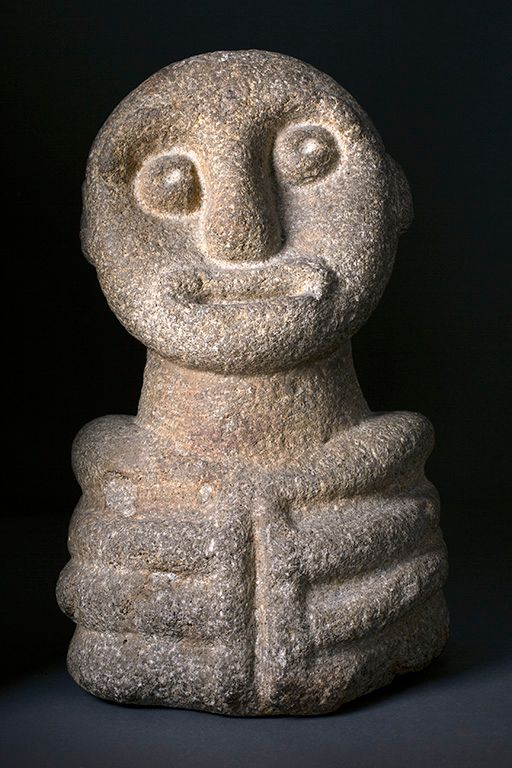 An untitled granite sculpture from around 1907-19 by Barbus Müller, a.k.a. Antoine Rabany © Visko Hatfield

“One of the many strengths of Audrey Heckler's collection is that it powerfully exemplifies the growth of the field of self-taught art in the United States,” says the museum’s senior curator, Valérie Rousseau. “Audrey's sustained curiosity inspired her to gather the most significant examples of this area. From European Art Brut to African-American artists and from American classics to contemporary discoveries, the collection reflects the depth and diversity of self-taught art over the last century.”

Rousseau pointed specifically to works by Ramírez. "Within the collection are meaningful and representative works” by the artist, she says, “including his signature motifs and themes from his unique experimentations to more classical imagery with his characteristic hypnotic wave-like stripes. You find a range in size in his unconventional creative methods, as well as a diversity of means of transportation (horses, trains, boats, trucks, cars) that act as a counterweight to the immobility of his hospitalisation.”

“This gift creates a unique opportunity for the museum to continue its mission and further contextualise self-taught art for its audiences,” Rousseau says.