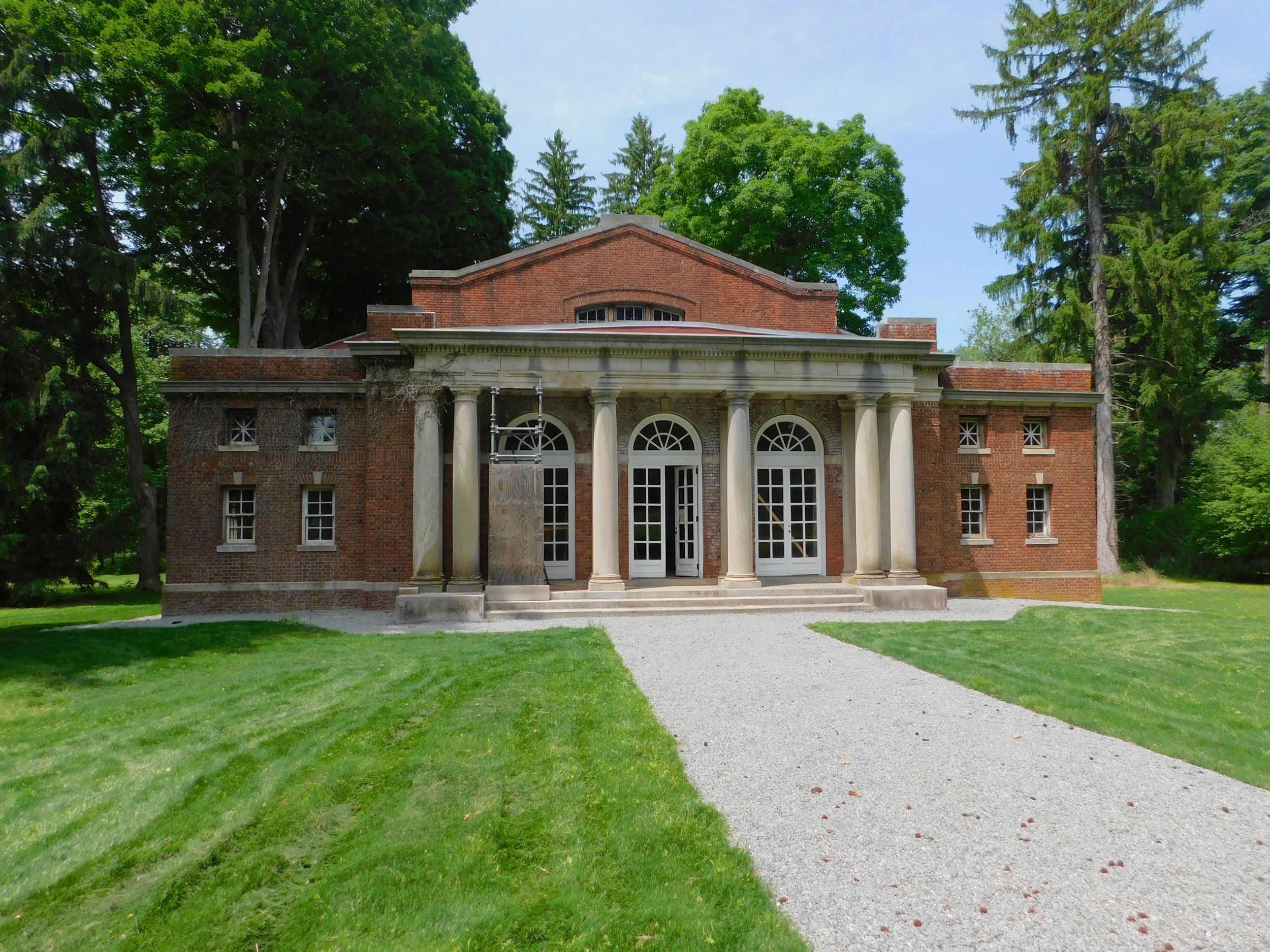 The historic pool building of Lyndhurst Mansion in Tarrytown, New York Photo: Courtesy of Gina Levay for Lyndhurst, a site of the National Trust for Historic Preservation

Lyndhurst Mansion in Tarrytown, New York, considered one of the finest examples of American Gothic Revival architecture, has opened its unrestored pool building as an exhibition space with a site-specific installation by the artist and preservationist Jorge Otero-Pailos. Commissioned by the National Trust for Historic Preservation, Otero-Pailos’ Watershed Moment invites visitors to reflect on the history of early 20th century America and offers a glimpse into the late Gilded Age in the Hudson Valley.

Built in 1911 to resemble a Roman bath, the pool building was a cavernous symbol of wealth and luxury that was left deteriorating for decades, after the death of Helen Gould, the daughter of the railroad magnate Jay Gould who built Lyndhurst Mansion. While the building has been structurally stabilised, it has not been fully restored, and Otero-Pailos described the ruins as “a long term environmental sensor where water has encoded information”. Indeed, water has played several roles in the building’s history, first as the essential feature of the pool, and eventually as one of the elements that destroyed the roof and wood interior. 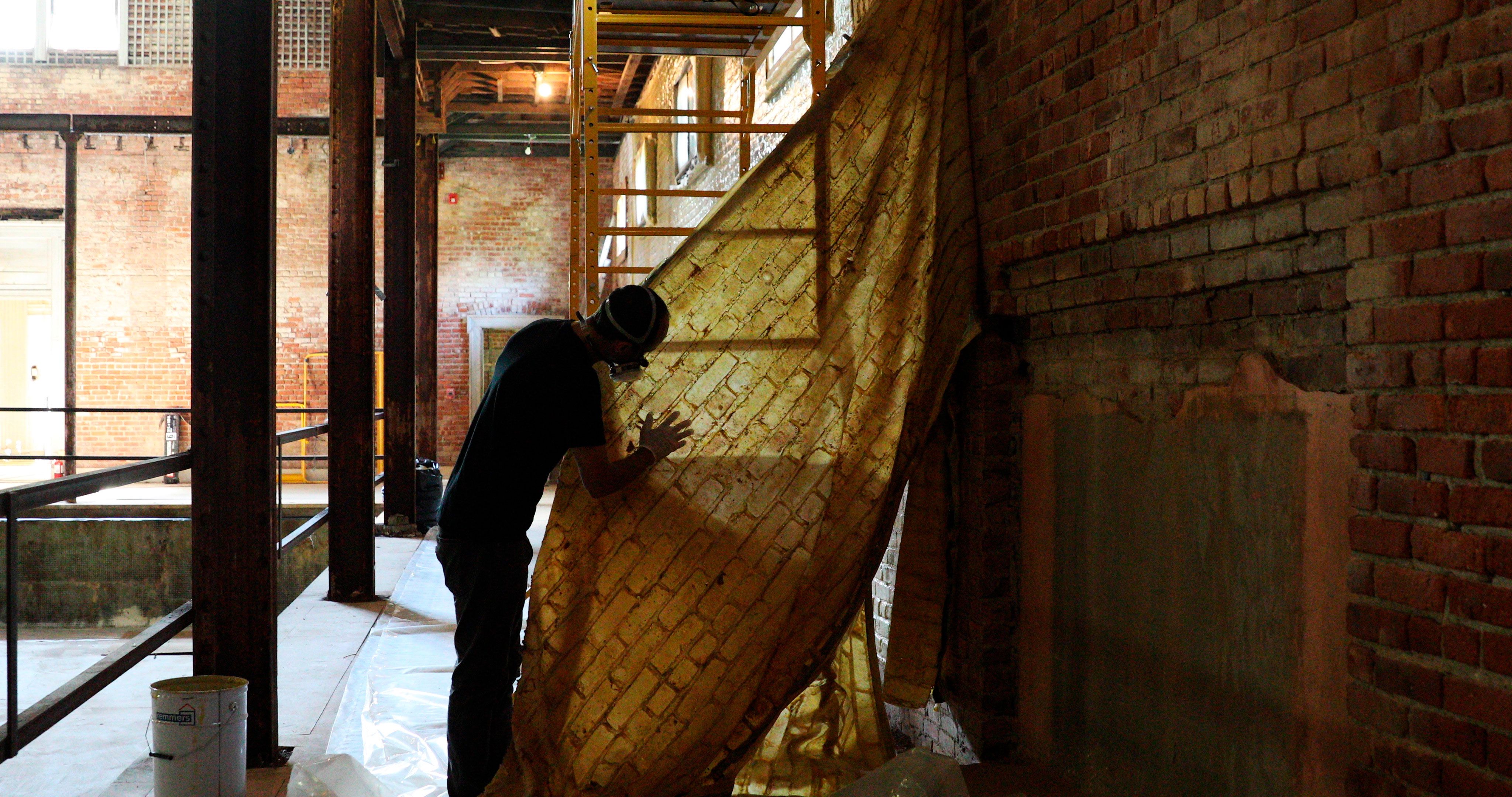 Jorge Otero-Pailos installing Watershed Moment in the historic pool building of Lyndhurst Mansion Photo: Courtesy of Gina Levay for Lyndhurst, a site of the National Trust for Historic Preservation, Sapar Contemporary and the artist

Otero-Pailos took this layered history as the inspiration for his installation. Watershed Moment features monumental sheets of latex suspended above the empty pool. Flapping slightly as the viewer walks by, the latex sheets dangle precariously, echoing the seemingly tenuous state of the building. The surface of the latex appears wet in certain lights and bears a cast of the surrounding walls, made by applying and then removing liquid latex, an experimental preservation technique intended to clean dust and debris from historic architecture. Rather than an attempt to preserve the walls, the hanging sheets of latex amplify the dramatic texture of the water-worn surfaces.

Water is also a major feature of the surrounding area. Located on a hill overlooking the Hudson Valley, Lyndhurst Mansion is part of a legacy of historic homes built at a time when there was an appreciation for nature, art, and architecture among the wealthy. Tying the installation to the Hudson River and beyond, Otero-Pailos created an audio recording of bodies of water from across New York State that can be heard throughout the echoey space of the building. 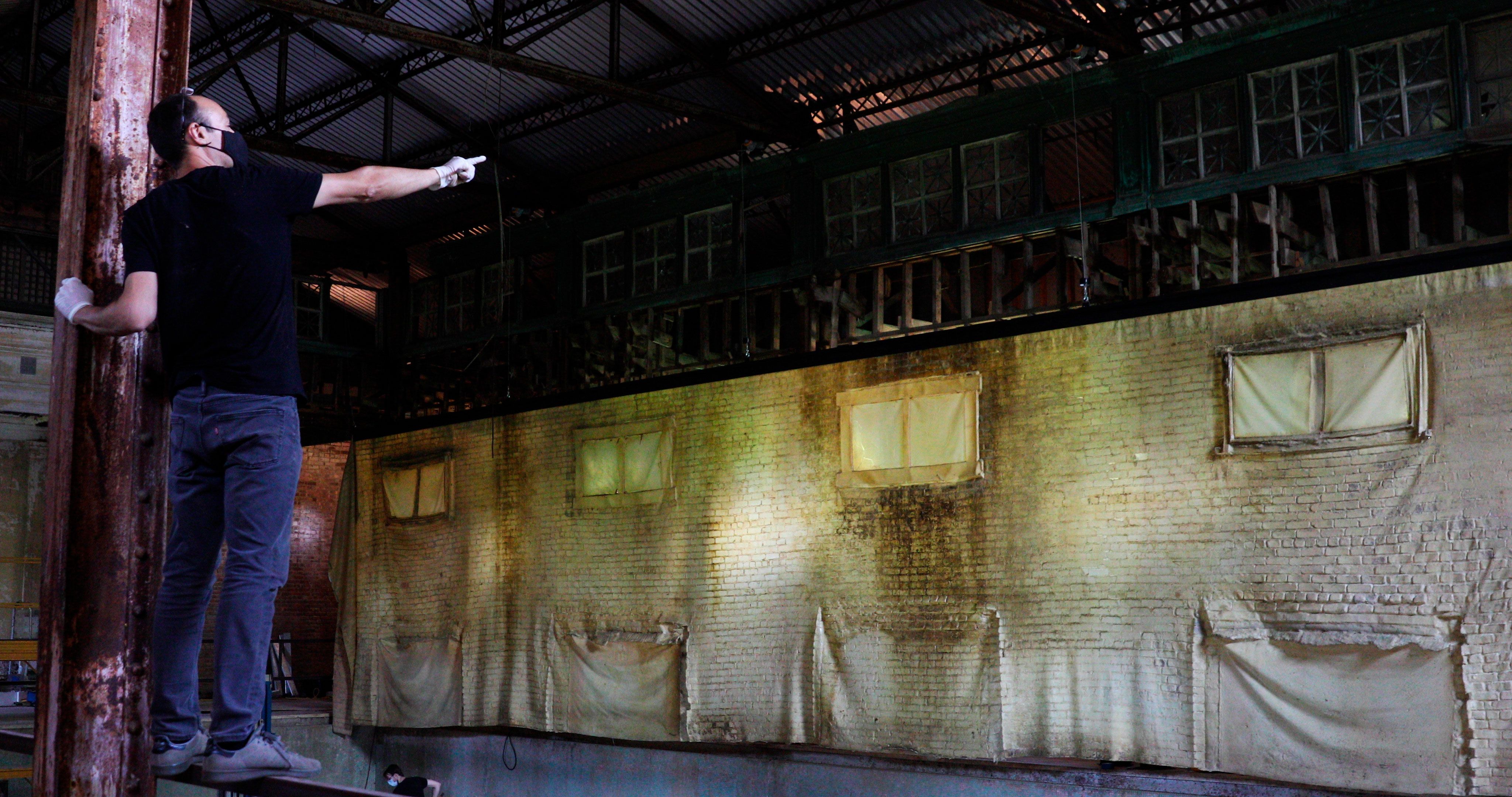 Jorge Otero-Pailos installing Watershed Moment in the historic pool building of Lyndhurst Mansion Photo: Courtesy of Gina Levay for Lyndhurst, a site of the National Trust for Historic Preservation, Sapar Contemporary and the artist

The artist also included a nod to the art historical traditions of the Hudson River School painters. In one sheet of latex, Otero-Pailos cut out five sets of openings to pay homage to Thomas Cole’s The Course of Empire (1833-1836), a series of allegorical paintings depicting the stages of a civilisation’s decay from wilderness to ruins.