The Ghanaian painter speaks about his plans for the work, which will be attached to the head of a Blue Origin New Shepard rocket when it blasts into space this autumn Amoako Boafo Courtesy of Mariane Ibrahim gallery and the artist

The 37-year-old Ghanaian artist Amoako Boafo's rise at auction has been meteoric.

And now, he is actually going into space. Or at least, his painting will be.

To launch its new art program, the Utah-based company Uplift Aerospace has asked Boafo to paint three exterior panels of a Blue Origin New Shepard rocket that will launch on a roundtrip space mission this autumn. This is the same type of rocket that carried the Amazon founder Jeff Bezos (also a big art collector) into space earlier this month.

Boafo will travel out to Texas in the autumn to paint his work, titled the Suborbital Triptych, on three removable panels which will be attached to the apex of the rocket. "There are special paints. I can’t say more at this stage about the materials but soon!", Boafo tells The Art Newspaper.

"I am drawn to the idea of my works going into a new orbit, literally," Boafo says. "This will further push my vision for my practice. I am honoured to be one of the first Black men to have my work sent to space. I’m very excited to be a part of this from a historical standpoint."

Boafo is conscious of his home country's attitude towards space exploration in creating this piece: "Ghanaian people are interested in learning and observing faraway galaxies... and I think more importantly we are interested in relating it back to earth, by solving local problems. Ghana has one of the most advanced research programs, our national space agency’s history stretches back over a decade." 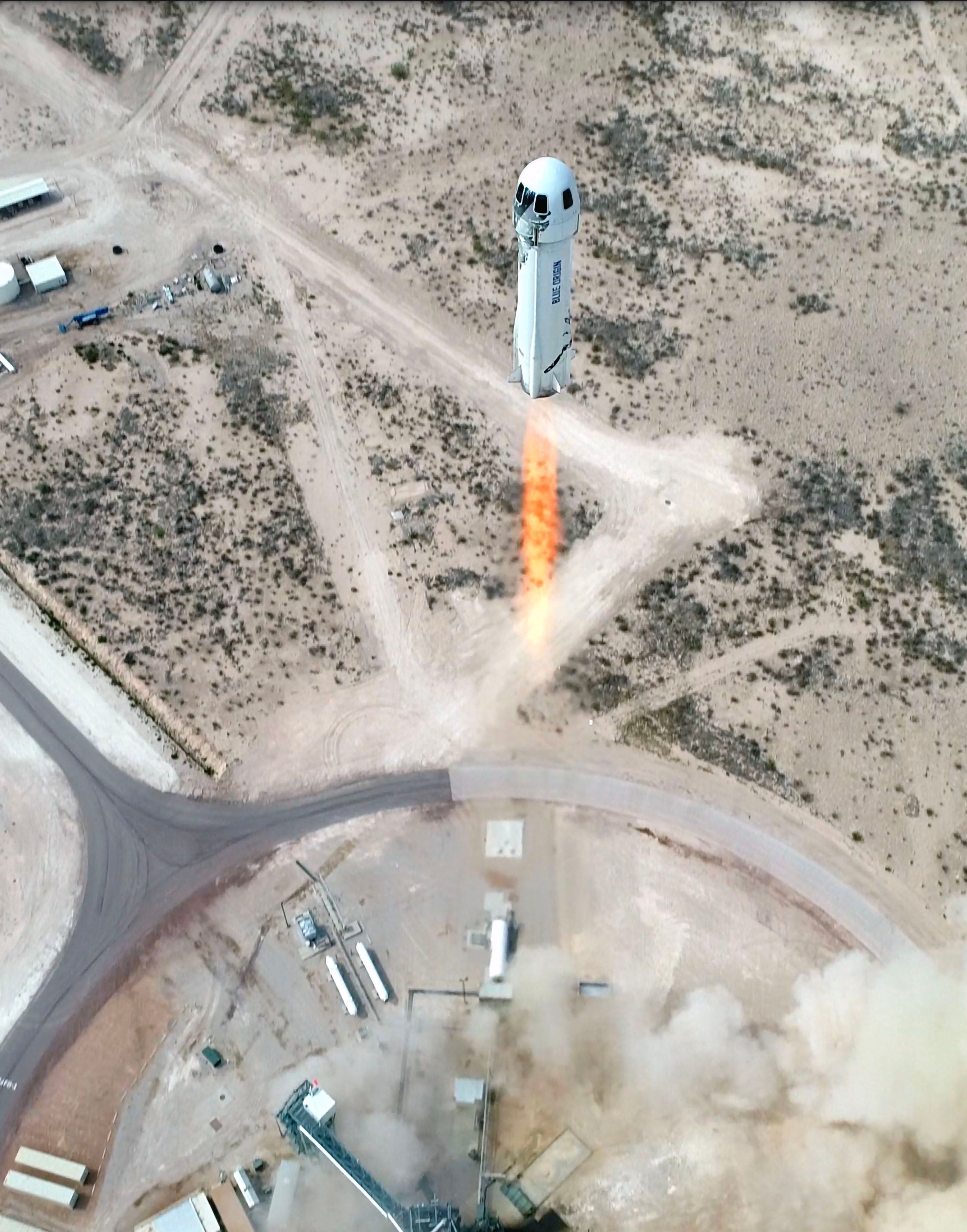 For now, Boafo says he cannot give much away about the work he is creating, other than to say: "When we think of space exploration and space research, we think of the future. So, it is important to me that this joyful representation of Blackness is honoured, and in this way will be cemented in history. This will be clear in the work I am creating, for future generations."

Being a part of the Uplift art project, Boafo says, "signals to the rest of the world that Africa, African art and African artists are valuable enough to be a part of that [space travel] history. Also, it means a lot to me that my message of Black joy and self-determination is a part of it."

Boafo's gallerist Mariane Ibrahim, who has galleries in Chicago and Paris, was involved in the project from the start, "coordinating logistical aspects and making sure the artist's vision is fully preserved in the project," Ibrahim says. "Since this is the first project of this kind, there are no precedents, no road map, so we worked with Amoako Boafo, Uplift and Blue Origin to align our goals for the success of the 'mission'."

Ibrahim is interested in the meeting point of art, exploration and science: "Much like science and exploration, art is also about solving problems, whether through the evolution of techniques and materials, or through new aspects or representation. Amoako, is involved in both."

Uplift will make a charitable donation to some (yet to be announced) non-profits, chosen by Boafo, that support "conservation and healthcare", according to a statement.